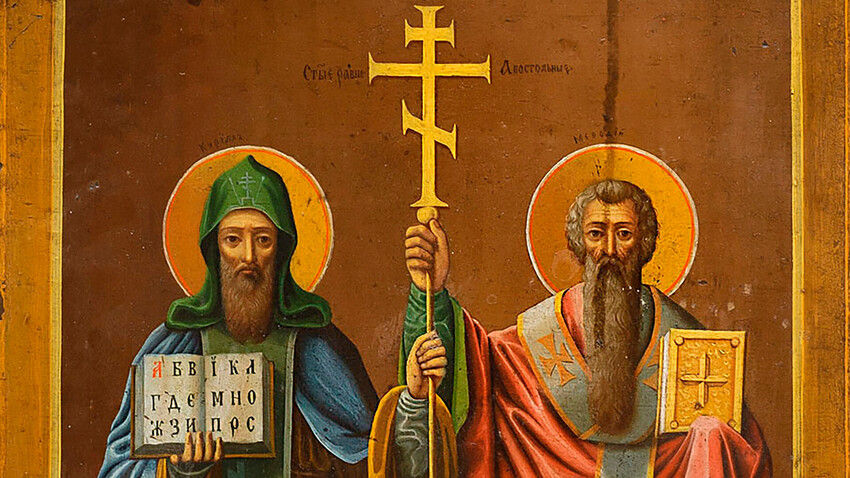 State Museum of the History of Religion / Public Domain / Samara Diocesan Church History Museum
Today, one of the icons by Grigory Zhuravlev is stored in the Hermitage and more than a 100 other surviving ones are scattered around the world. We’ll tell you the incredible story of a peasant son who was born with no arms or legs – and became a revered painter.

In 1963, art historian and restorer Zdravko Kaimanovich by chance discovered a religious icon in the Serbian village of Puračić. It was of a medium size, oil painted on a board. From the icon, missionary brothers Cyril and Methodius from the city of Thessaloniki watched peacefully, holding scrolls in their hands.

“An intricate work,” Kaimanovich thought back then. He decided that before him was a work of an iconographer with an academic background. But, then he saw writing in Russian, “This religious icon is painted in Samara Guberniya [Governorate], Buzuluksky Uyezd, Utyovskaya Volost in the village of the same name by the teeth of peasant Grigory Zhuravlev, armless and legless, 1885, July 2nd.” 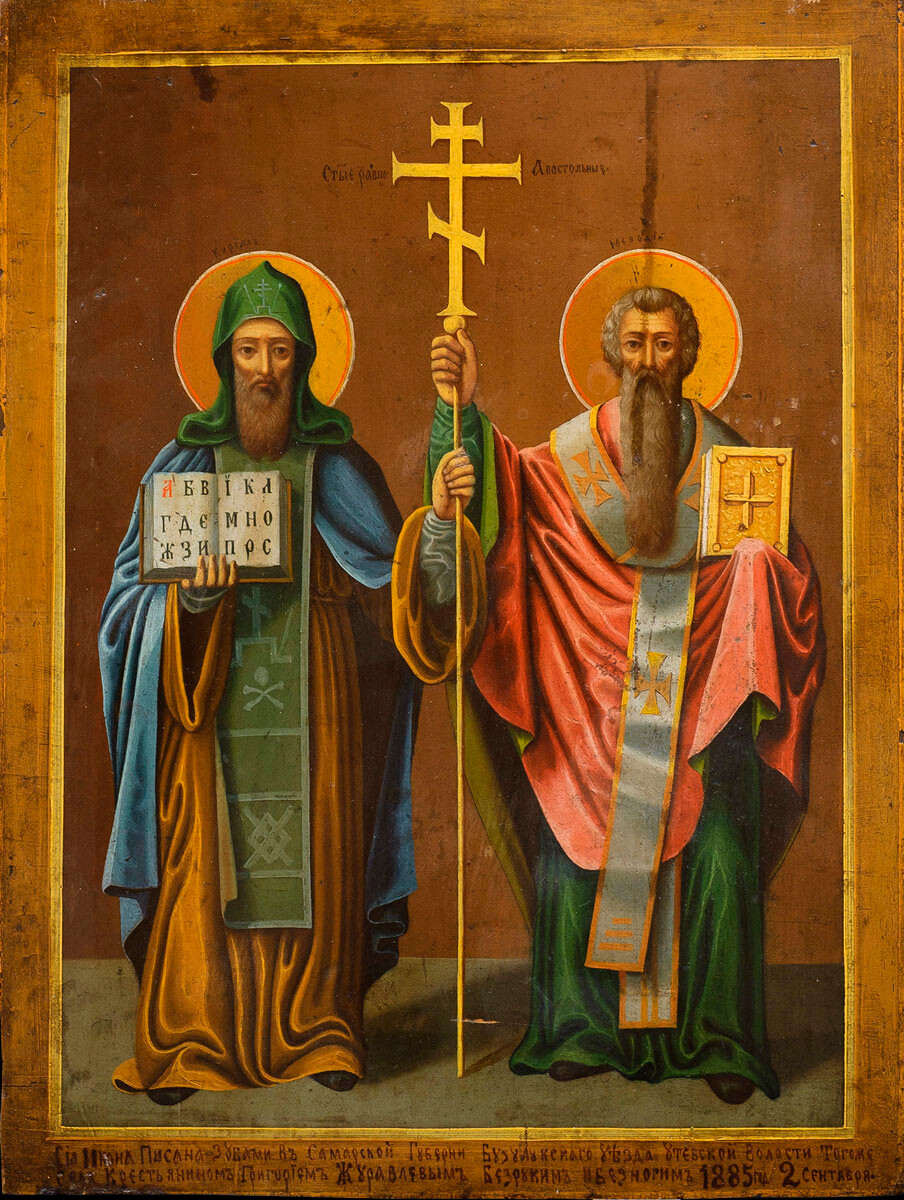 This was the day when the name of Grigory Zhuravlev returned to history. After a long oblivion, the world remembered the peasant son with leg and arm atrophy, who had accomplished, as it seemed, the impossible.

Born with a rare disease

In the 19th century, the fate of a man from a poor peasant family, especially with a disability, was almost always sealed. That could have also happened to Grigory Zhuravlev, who was born in 1858 in the village of Utyovka, 1,122 kilometers away from Moscow with a severe health condition: the arms of the child were only growing to his elbows, and his legs – to his knees. For a peasant family, where everyone, including children, did their part for their survival, it was a heavy burden. As the inhabitants of the village recollected, Grigory’s mother even wanted to drown herself with the baby, but his father intervened just in time. 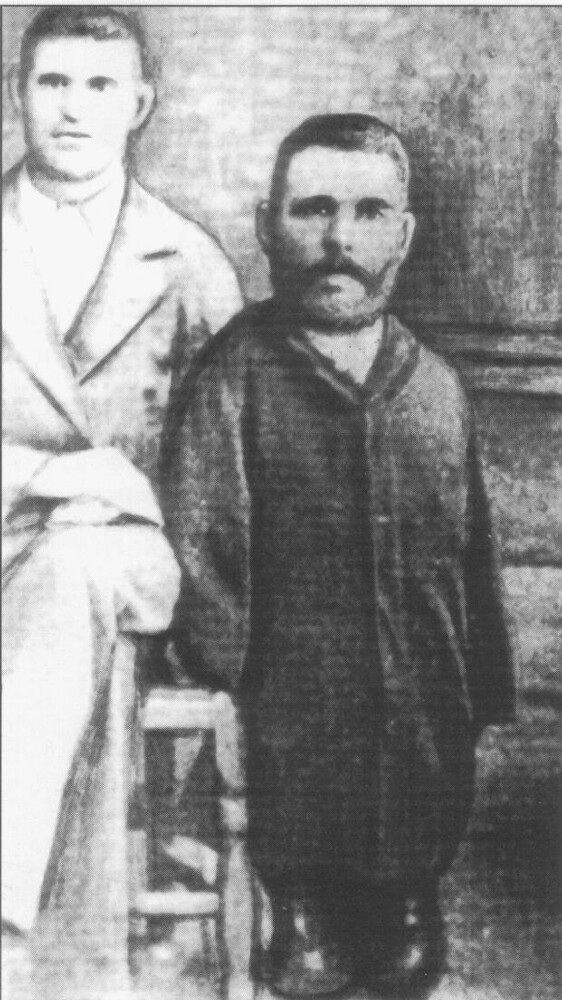 Grigory Zhuravlev with his brother Athanasius

Despite his health condition, Grigory was mentally healthy and, as it turned out, quite talented. The boy’s grandfather took up his education – he was carrying him to school in his arms. There, Grigory learned how to read and write, holding a quill in his teeth. When his grandfather died, the teacher began coming to Grigory’s home. His classmates loved him. “A cheerful guy, the soul of the company,” the people in the village said about him.

Thanks to the fact that Grigory was literate (which many other village inhabitants couldn’t boast), people often came asking him to write a letter or a petition. But this is not what the peasant son saw his mission in.

He decided to paint icons

At the age of 22, Grigory graduated from a gymnasium as an external student. His brother Afanasy, who after the death of their parents became the “arms” and “legs” of his brother, took him along to classes: he fed him, washed him, brought him to the gymnasium and to the church. Grigory already had a habit of spending a lot of time in the church, watching the images of the saints. In the newspaper ‘Samarskiye gubernskiye vedomosti’ (‘Samara Governorate News’) an article was published about how Zhuravlev decided, by all means, to learn how to oil paint “real religious icons”. 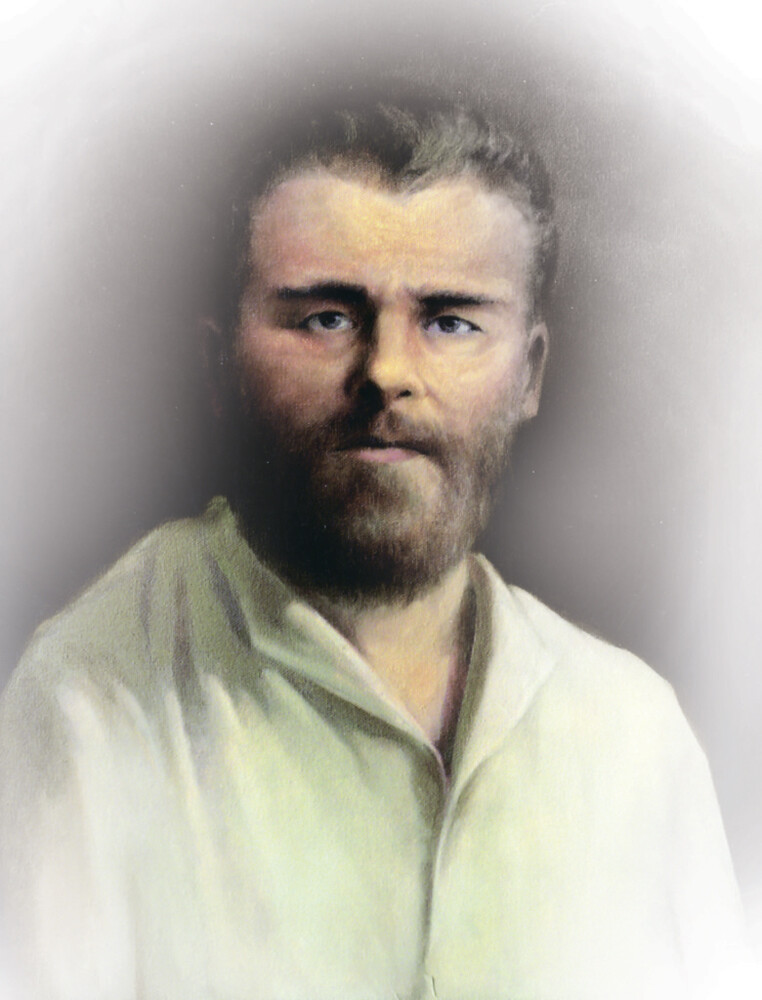 For that, his brother took him to the nearest city, Samara, to local painter Travkin, asking him to teach Grigory a few lessons. This period of life for the painter would become surrounded with numerous legends. According to one of them, Zhuravlev went to the city to earn his coin by performing on town squares: allegedly, he was agile and quick in painting landscapes and portraits. According to another legend, Zhuravlev was kidnapped on his way back by the owners of a traveling circus, where, for some time, they exhibited the young man as a “funny” curiosity.

One way or another, soon enough, Grigory (according to some data, in just a couple of days) was back in his native village, but he returned there with his own paints, brushes and a special desk for work. He began painting images of the saints and, after five years, he decided to present several icons to high-ranking officials of Samara, about which the Samara press of the 19th century wrote. The officials liked the icons and the guberniya’s provincial assembly became Grigory’s regular customer; the painter was assigned an annual pension of 60 rubles (for comparison: in 1896, a horse cost 20 rubles and an average salary of a factory worker was 16 rubles monthly). Grigory now even had his own apprentice.

Painted the portrait of the imperial family

Having established himself, Zhuravlev made a bold move: through the governor of the Samara Guberniya (he was personally acquainted with him), he passed to Tsesarevich Nicholas an icon of Saint Nicholas in 1884. The following words accompanied the present: “I humbly beg you to allow this shipped icon to Your Majesty, for I have no arms and no legs. I painted this icon with the guidance of God Almighty, who ushered me into the light of day. And gifted me with a talent. Then, I discovered the movement of my mouth with which I guide my mastery at God’s command.”

The icon was accepted and the painter was awarded 100 rubles. 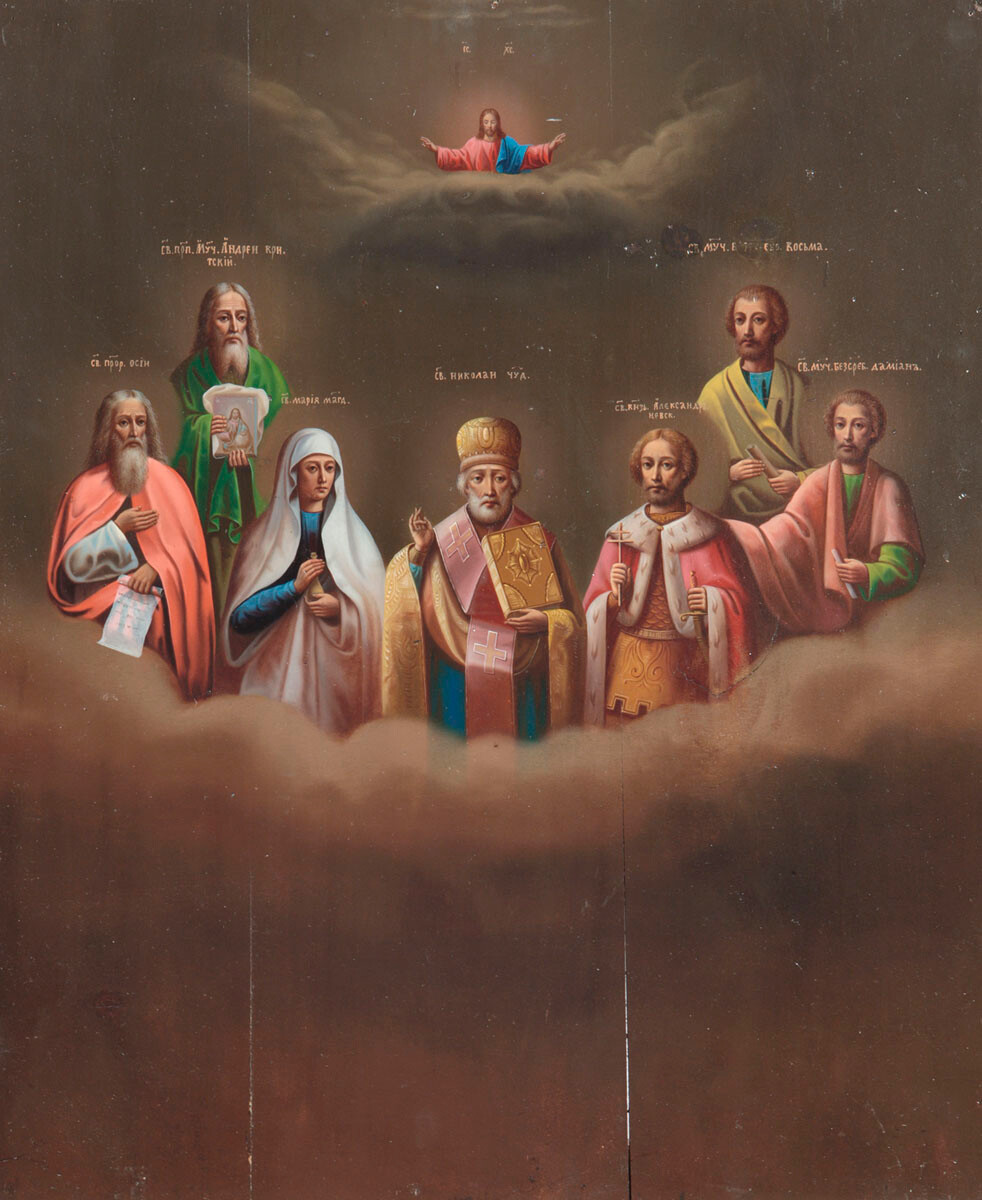 State Museum of the History of Religion / Public Domain

The following time, Grigory Zhuravlev let the imperial family know of himself four years later – a train got derailed, on which the emperor and his family were returning from Crimea. The Romanovs were unharmed, but, across the entire country, sympathizers sent them gifts. Samara officials ordered an icon from Zhuravlev as a gift for the emperor. After this, Alexander III invited the self-taught iconographer to his palace. As a result, he painted the portrait of the imperial family (the painting didn’t survive, but archive entries did) and received a monthly salary of 25 golden rubles.

Covered a church in paintings, hanging under its dome for 7 years

The iconographer from Utyovka was not only known for his icons and portraits. In 1885, his native village saw the construction of a stone church, designed and painted inside by Grigory, including the incredibly complex painting of the dome, 10 meters in diameter. 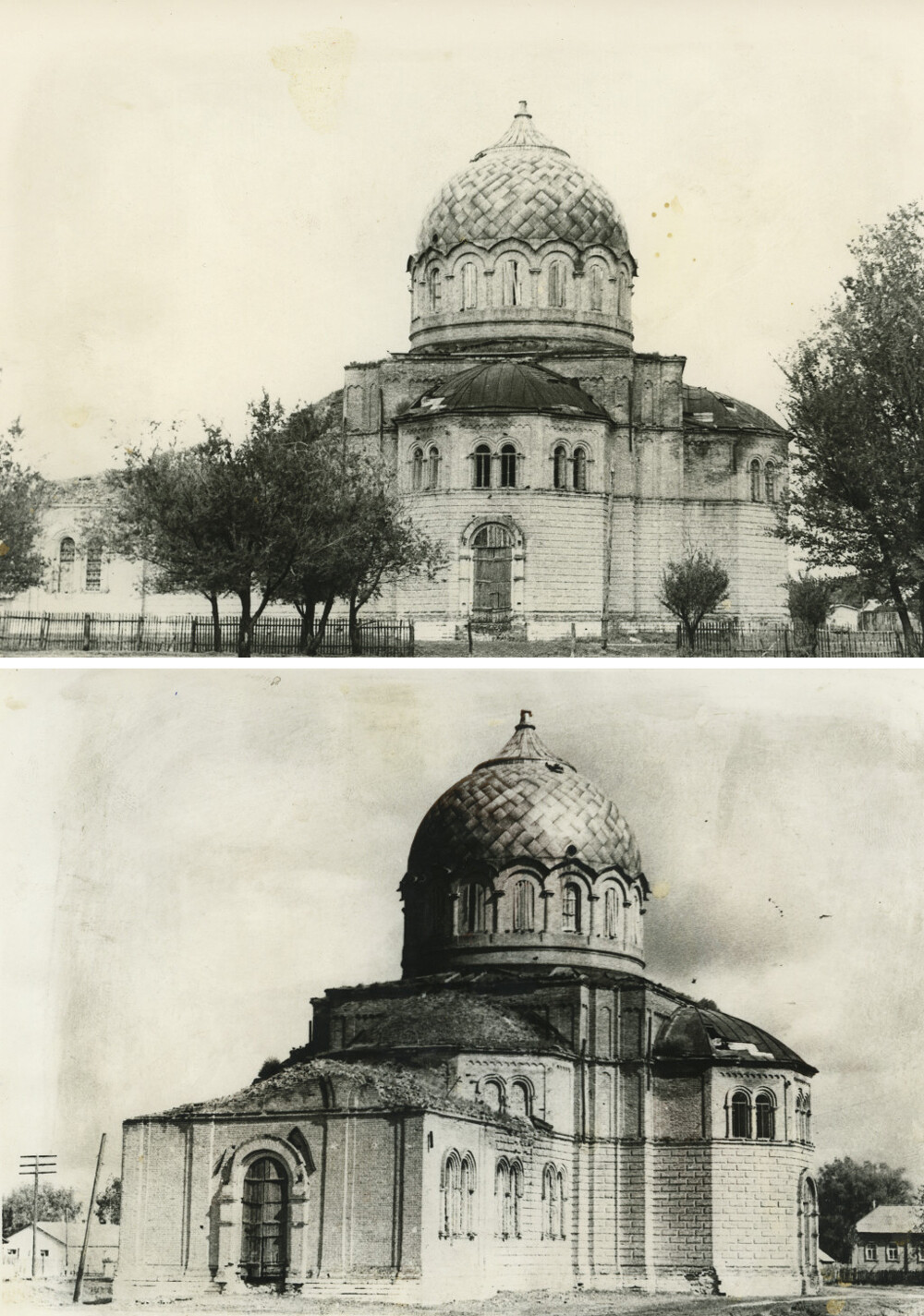 Church of the Holy Trinity in Utyovka

He was working like Michelangelo in the Sistine Chapel: lying in a special cradle at a great height. Every two-three hours he took a break, because his face muscles were locking in a spasm – he could only open his mouth after a hot compress on his cheeks. Over seven years of such work, pressure ulcers formed on the painter’s back and back of the head, his front teeth were ground down and his sight worsened.

The church was his main creation. He bequeathed to bury himself within the church’s fence, which was done after Grigory passed away from tuberculosis in 1916. 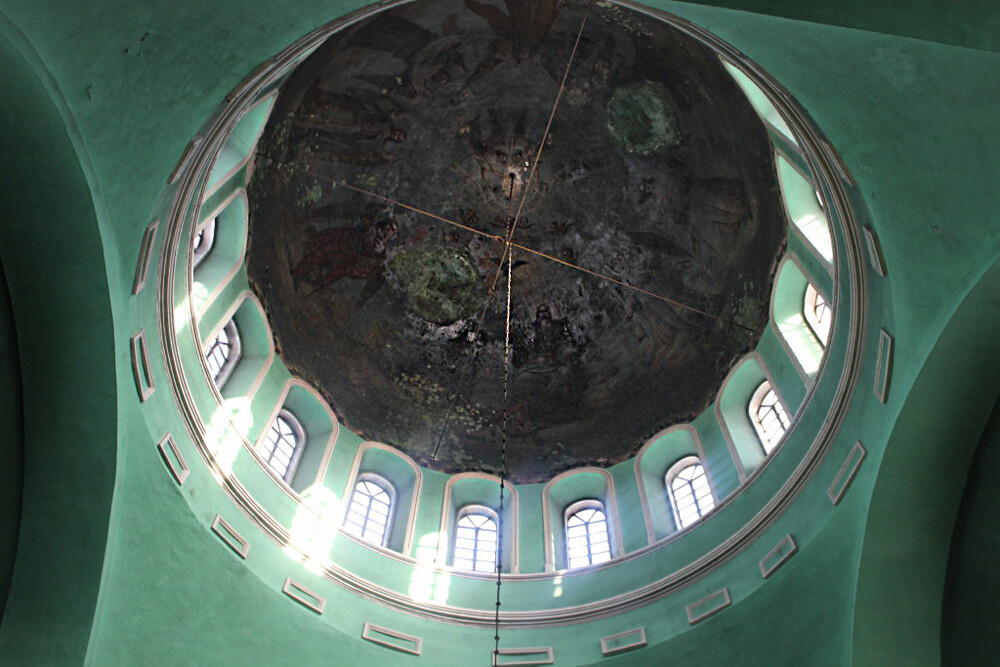 Dome of the Church of the Holy Trinity in Utyovka

The fate of this church was terrible under the Bolsheviks – it was converted into a granary, and the icons (with many works of Zhuravlev among them) were brought to a kolkhoz (collective) apiary to make beehives. However, the beekeeper gave the icons to the village inhabitants in secret, asking for regular boards in return. 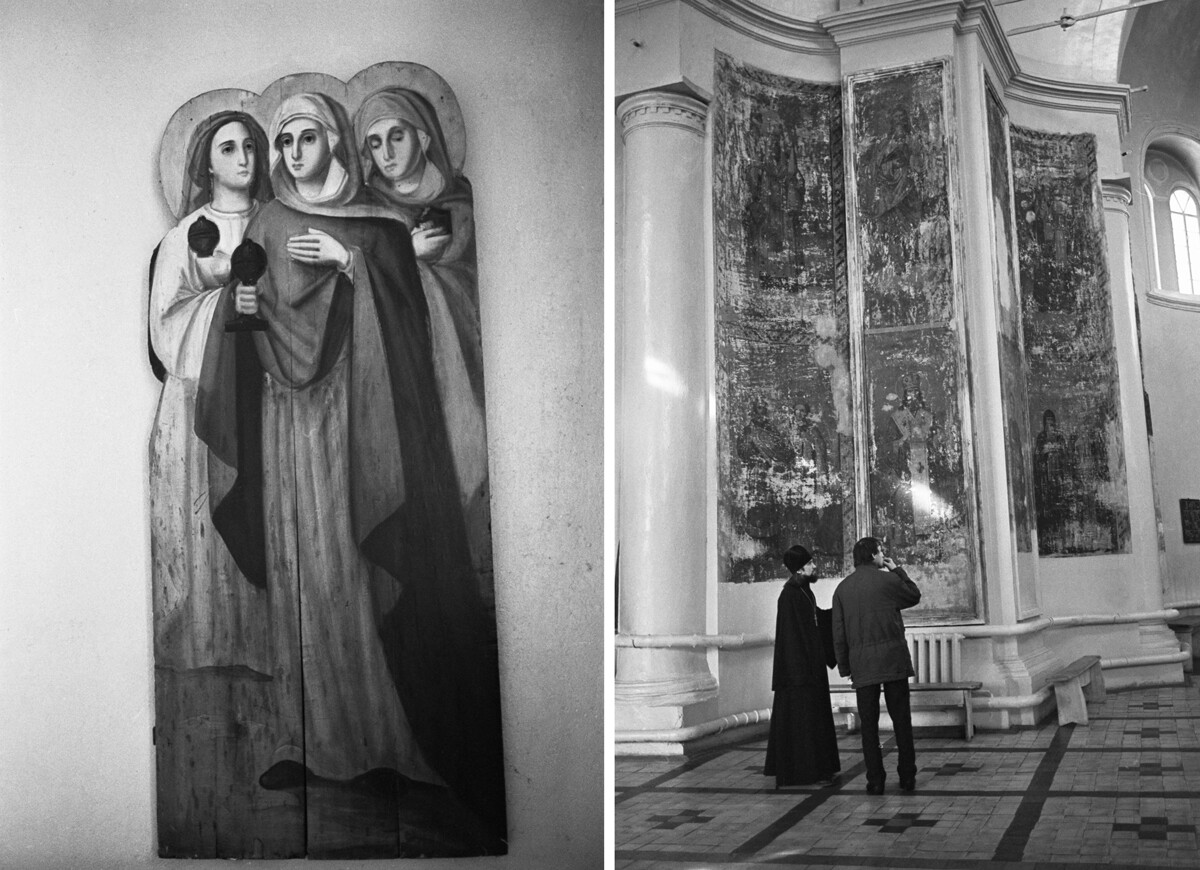 The church began operating again only in 1989 – and the locals began to return the surviving icons to it. Many of them, however, are still scattered around the world. Some can be seen in the Eparchial Church and Historical Museum, in the Church-archaeological Office of Moscow Theological Academy and even in the Hermitage. As for the frescos, they were not destroyed over the years of Soviet rule, hiding behind plastering. Now, restoration work on them is underway.