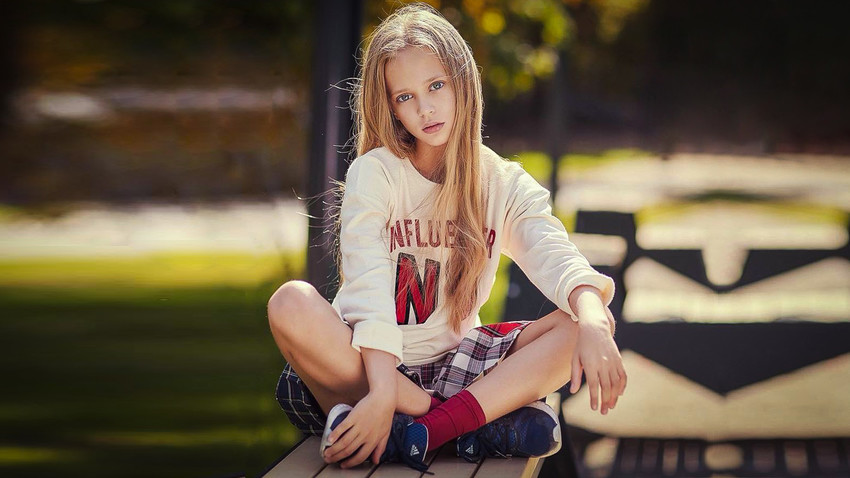 Alisa Samsonova
Alisa Samsonova is only 12 years old, yet she is already the face of Armani’s kidswear line and has carved out a serious career in the modeling business. Despite that, she has no symptoms of star fever at all, and when at home is just an ordinary, albeit hard-working high-schooler. 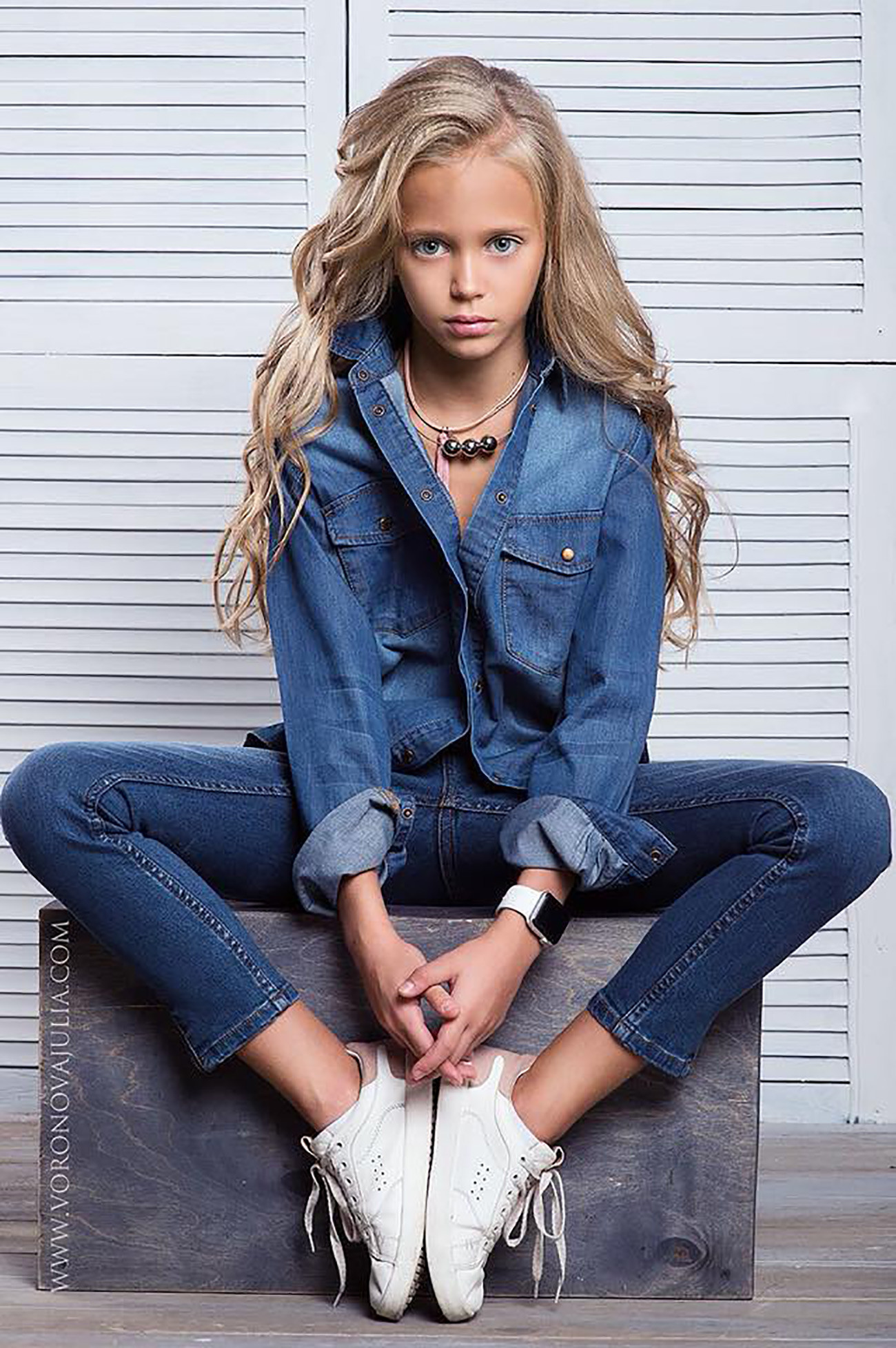 In the fashion world, Alisa Samsonova is described as an angel. The portfolio of this young model from the Siberian city of Krasnoyarsk contains shoots for world-famous brands, and her schedule is planned to the minute months in advance. Alisa is also ranked in the Top 15 most beautiful child models in the world, according to British online magazine Bright Side. Perhaps even more remarkably, despite her success, she leads an ordinary childhood existence, slogging away at her studies and sports training, and sometimes even misbehaving during shoots. 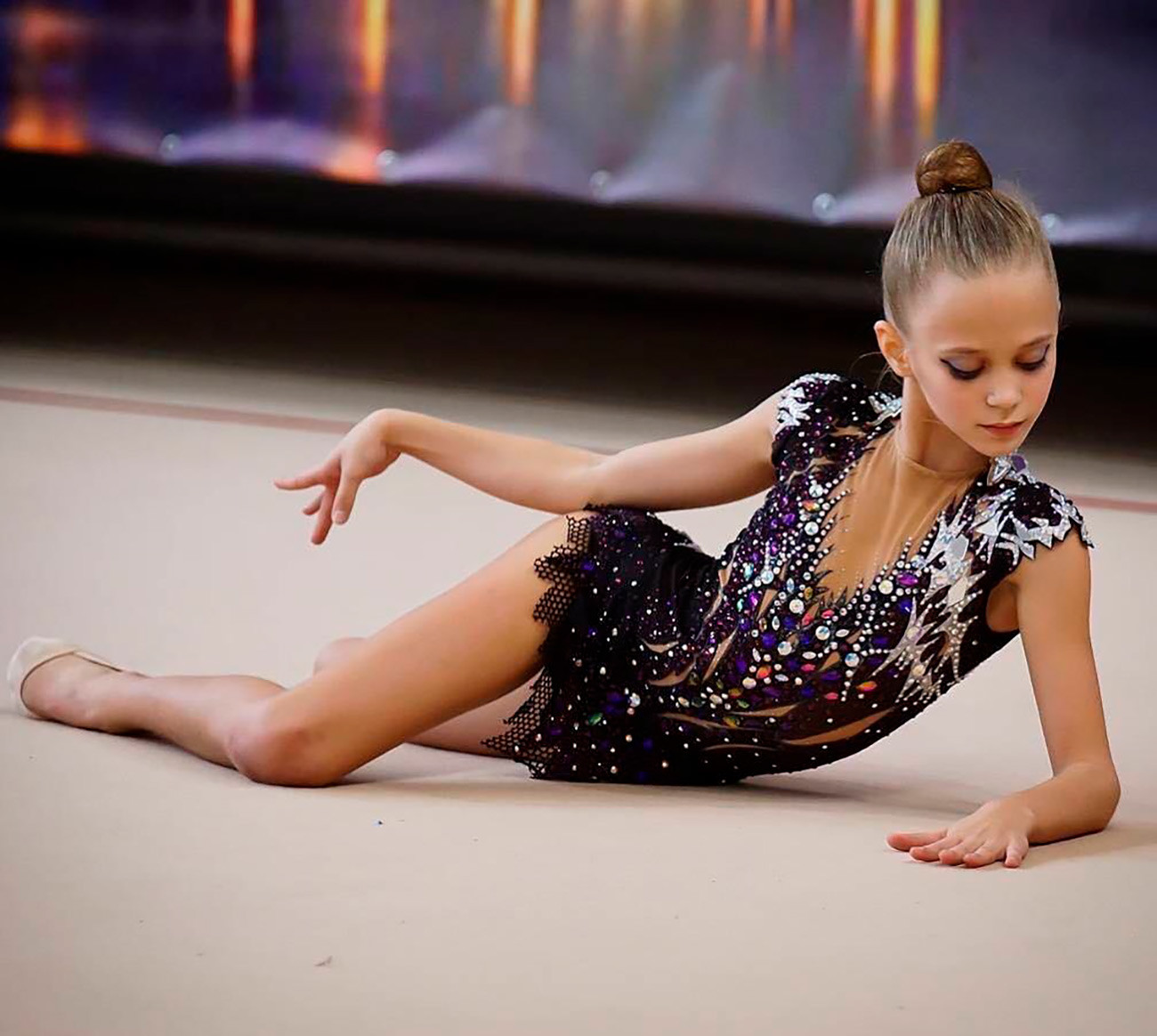 Alisa’s parents had no modeling ambitions for their daughter when they signed her up for rhythmic gymnastics. But in summer 2013 her father saw a casting call for a “Top child model contest” — and suggested that his wife and daughter give it a go: “Why not? Anyway it’s the holidays.” Alisa was only six at the time, and the youngest (and smallest) participant.

Back then, Alisa was rather sullen and unsociable, so her parents had no particular hopes. But right after the casting they received a call from the organizers inviting Alisa to her first shoot, as well as dancing and acting classes. One of them noted that Alisa had a “magazine-friendly look,” but her parents didn’t attach much significance to these prophetic words. 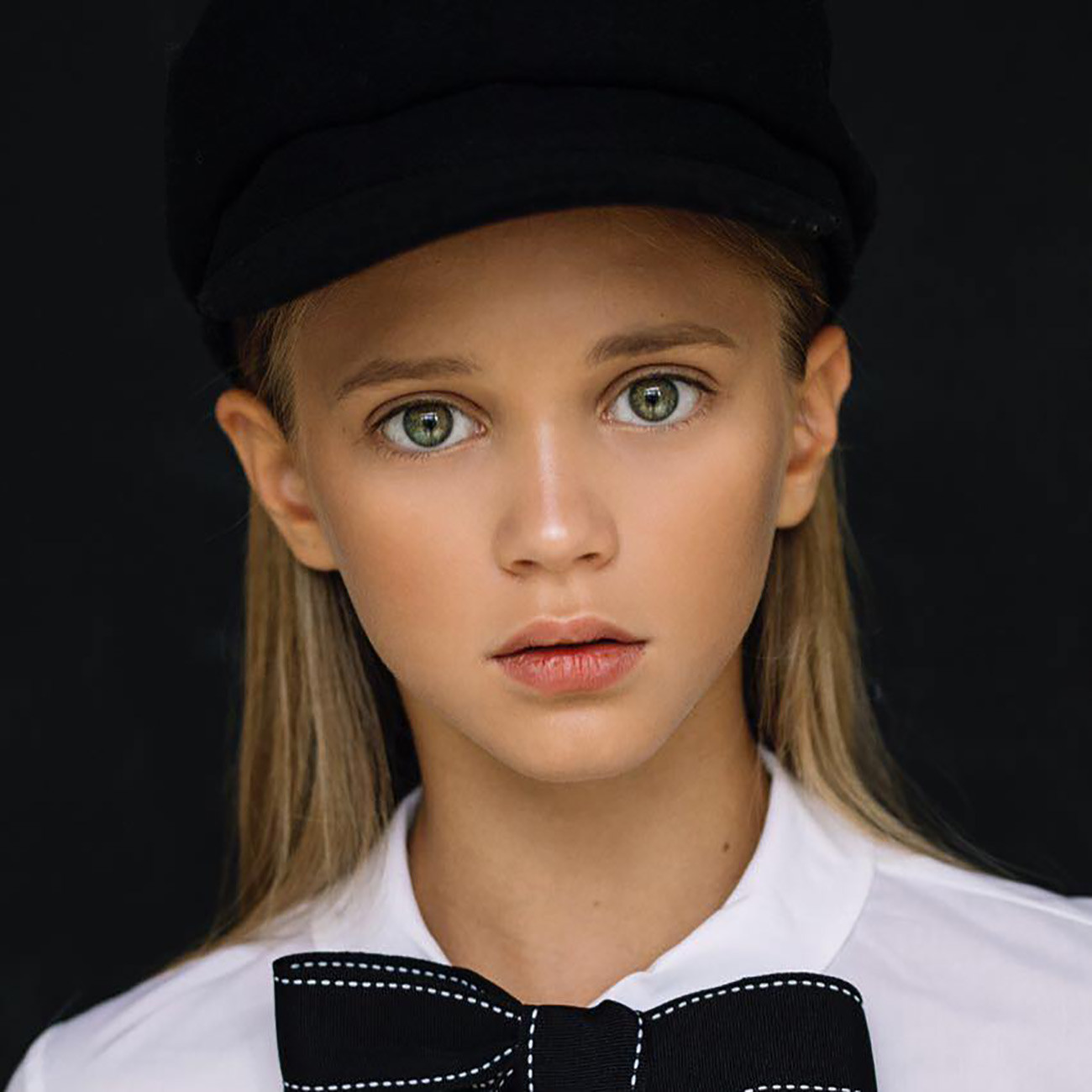 “When the winners were announced, I was already thinking of dashing out to buy a present so that she wouldn’t be too upset,” recalls Alisa’s dad. “But then we heard from the stage that she’d won the top prize. We were astonished. We’d never told our daughter that she had to be better than everyone else, that winning was everything.”

A year later Alisa won another completion — Little Top Model of Russia 2014, and was invited to the Collection Premiere Moscow (CPM) trade fair. At that time, her parents were so far removed from fashion shows that they had to search online to find out what CPM meant. 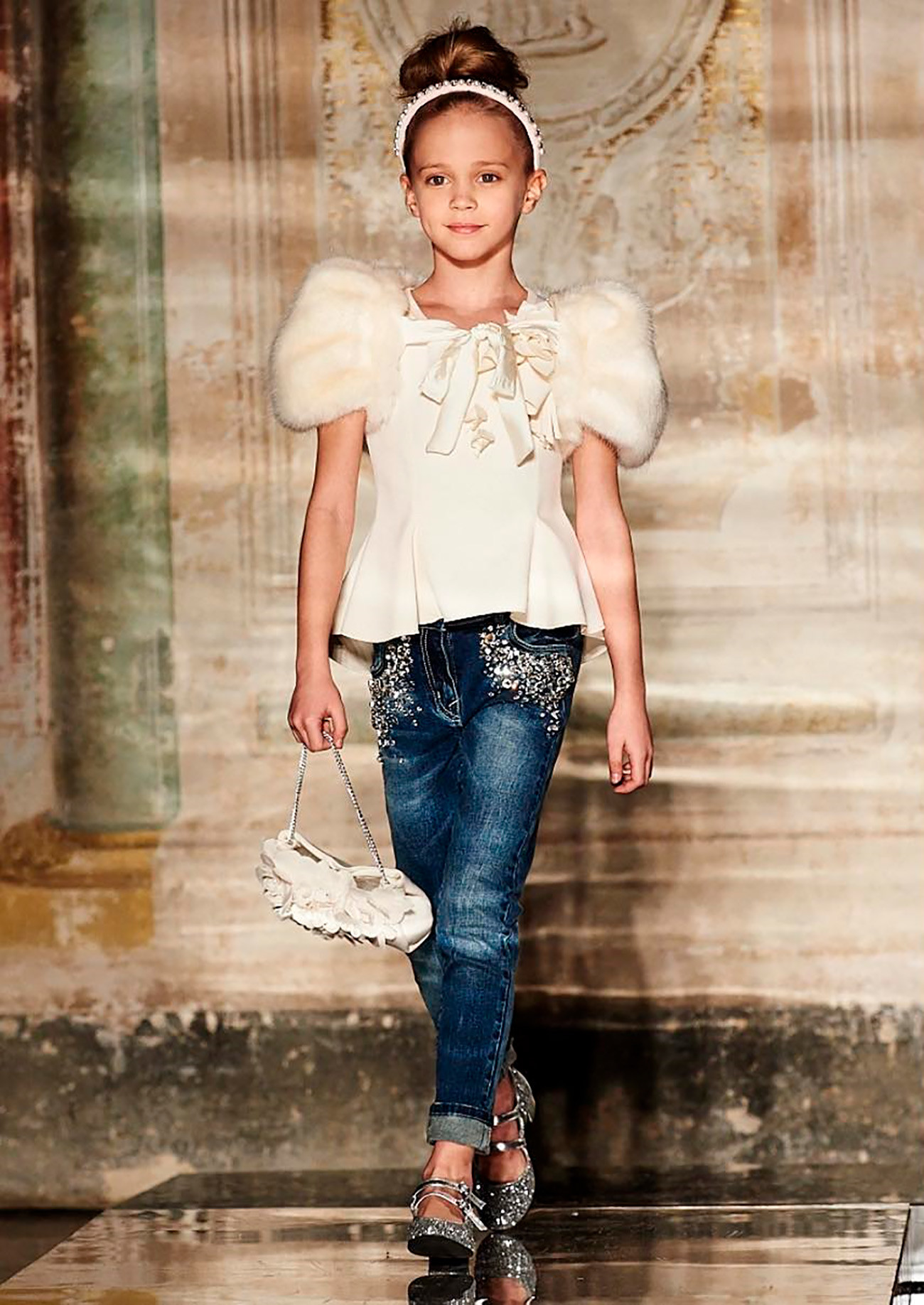 During her time in Moscow, the girl was spotted by an agent from Happy Kids Media, and her photo was placed in the Pro Kids catalogue, which is viewed by children’s clothing brands worldwide. 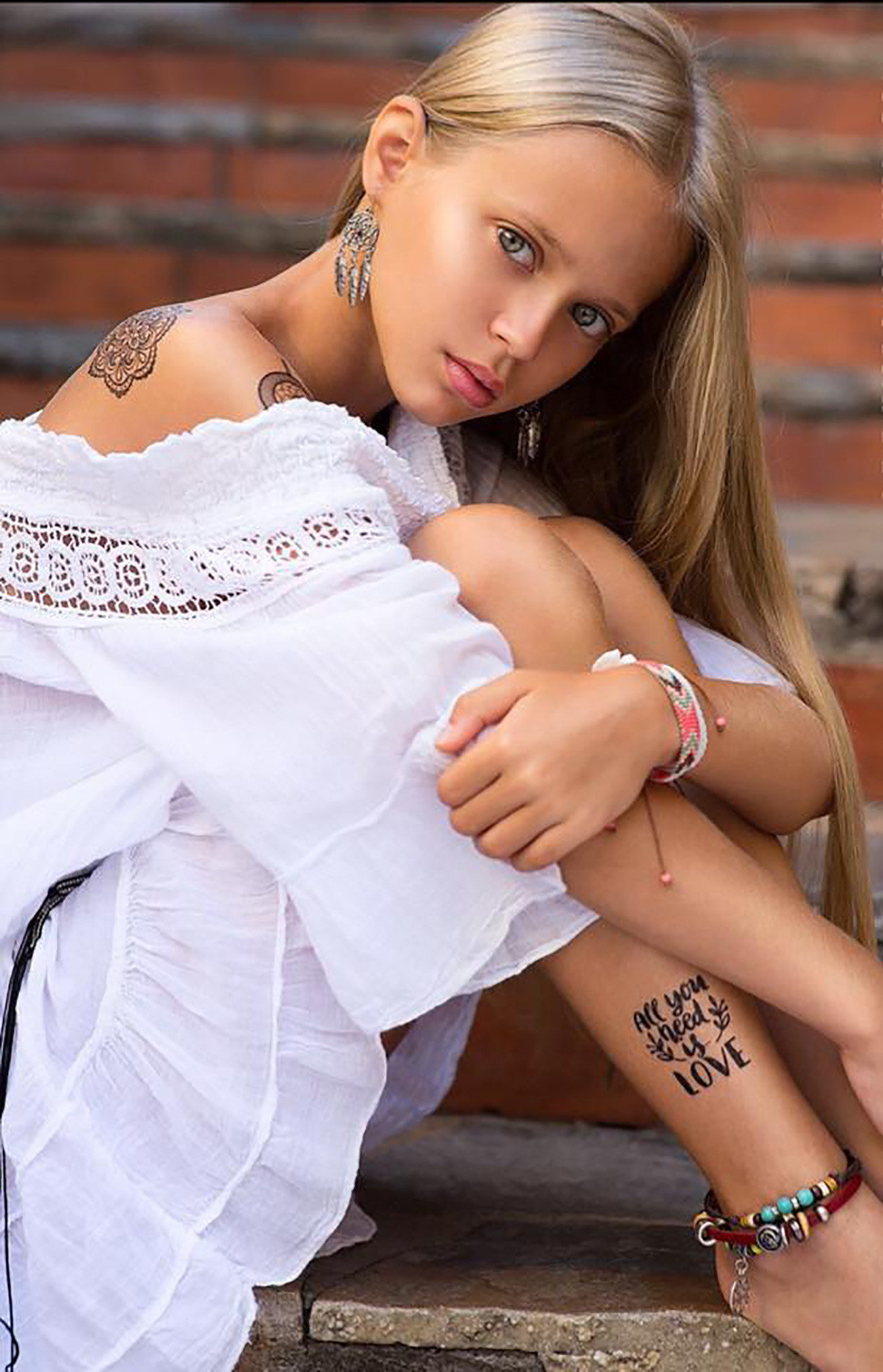 The young Alisa soon acquired a professional portfolio, and began to receive ever more invitations to kids clothing shoots in Moscow, as well as one in Florence. Although her first trip to Italy had to be abandoned (her parents couldn’t get her a Schengen visa in time, having received only two days’ notice), she nevertheless made it to Florence for the prestigious Pitti Bimbo childrenswear show, where she caught the eye of Armani and Monnalisa talent spotters. The Italians were very surprised to learn that she was from Russia, and from far-flung Siberia at that. 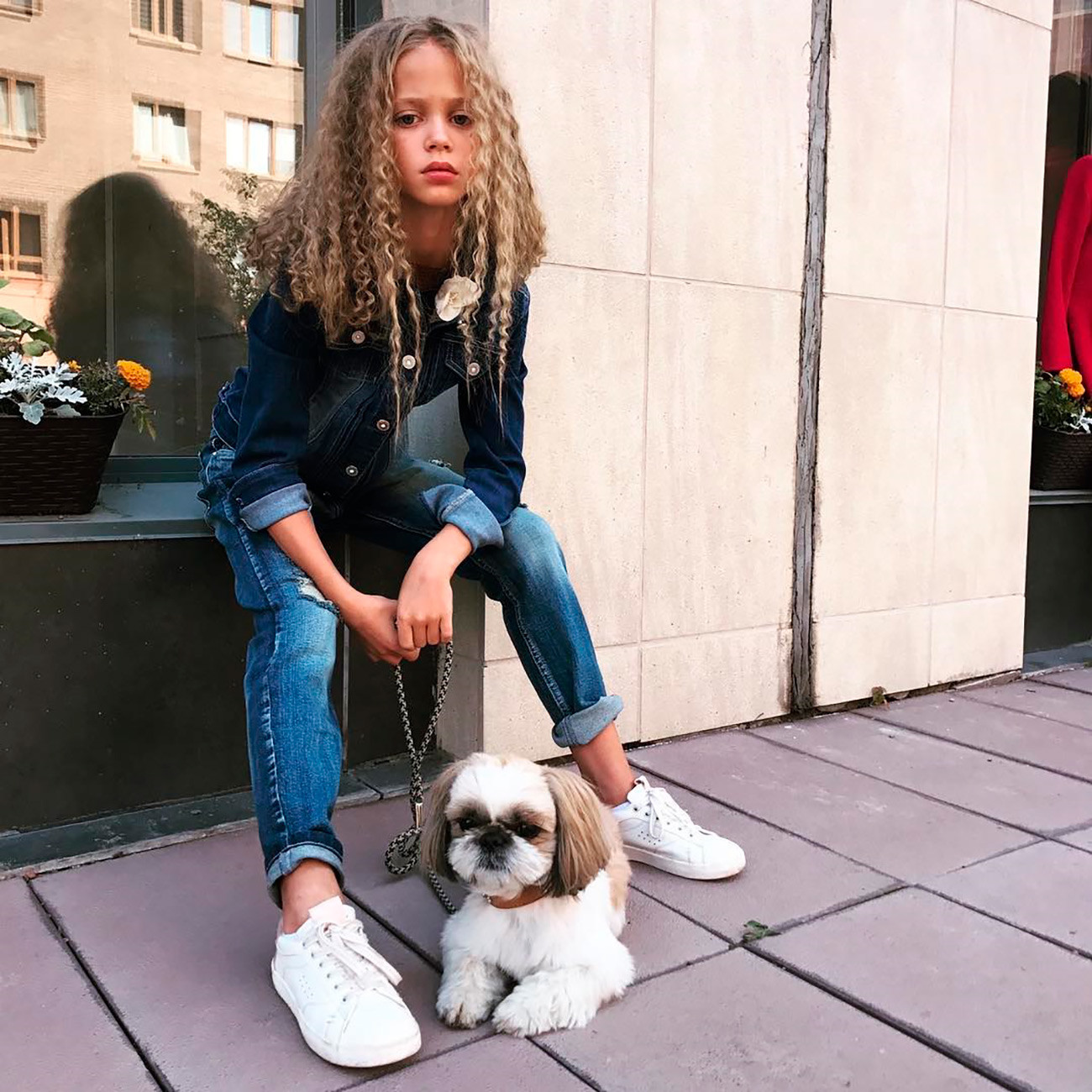 When Alisa needed permission to attend a video shoot for the Armani Junior collection, the director of her school had to go to work on a weekend to sign the documents for the trip. “Everyone supported us. They realized it would be a unique experience for Alisa,” says her mother Elena.

The shoot took place on a tram made to look like it was rolling through the historic center of Milan. “I even took the camera off one of the operators and fooled around a bit. I did some filming myself,” says Alisa. The cameramen shouted to her: “Alisa, bravissimo, bella!” The footage she took ended up in the final version of the video, and the promo was shown in the brand’s stores worldwide.

Armani Junior - Behind the Scenes of the 2016 Spring Summer Campaign

Alisa’s schedule is planned out months in advance. Most of her modeling work comes in the spring and the fall, when new collections are being put together; at this time she and her mother fly to Italy twice a month. One look is shot in just 10-15 minutes so that the children don’t get tired. According to Elena’s mother, Italy has a “cult of the child” — children are not told off for bad behavior, and not told what to do on the set. And whereas in Russia young girls might wear a bit of makeup and have their hair curled for beauty contests, in Europe naturalness is in vogue. 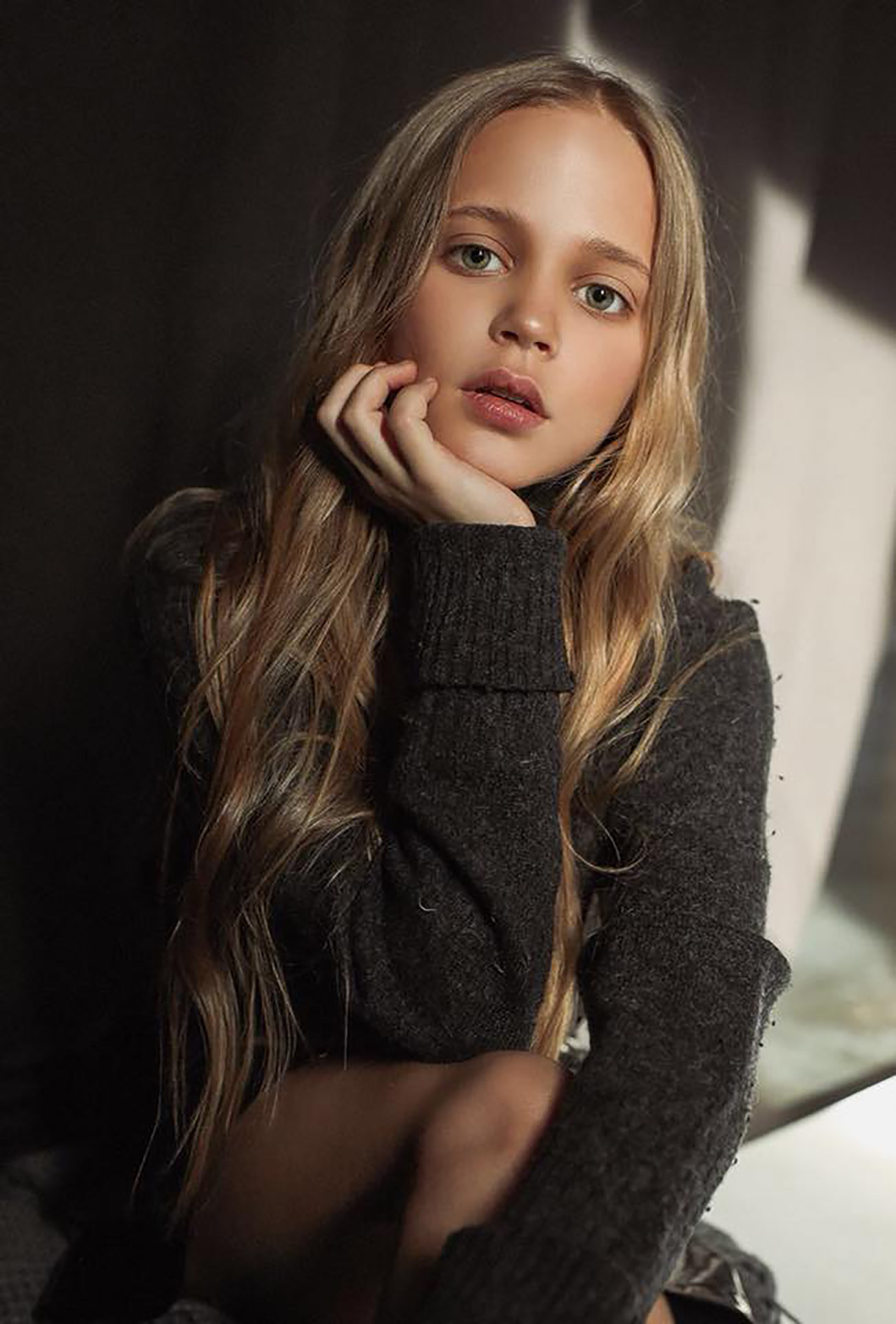 At the casting, professionals judge the girls simply by the way they walk. The child modeling business is not about beauty, Alisa’s mom is sure. Moreover, the current trend is not for classical beauty, but androgynous features. On the set, it is more important how a child moves and behaves. Surprisingly perhaps, highly expressive children are less suited to fashion shoots.

The face of the family

Child modeling is surrounded by speculation and stereotypes. It is seen as an overly competitive and unhealthy environment for children. But Alisa’s parents disagree: “After a shoot, the children run around together, and all the moms keep in touch on social media. Envy and conflicts exist in any walk of life, but in the end it all depends on the people themselves, on their upbringing.” 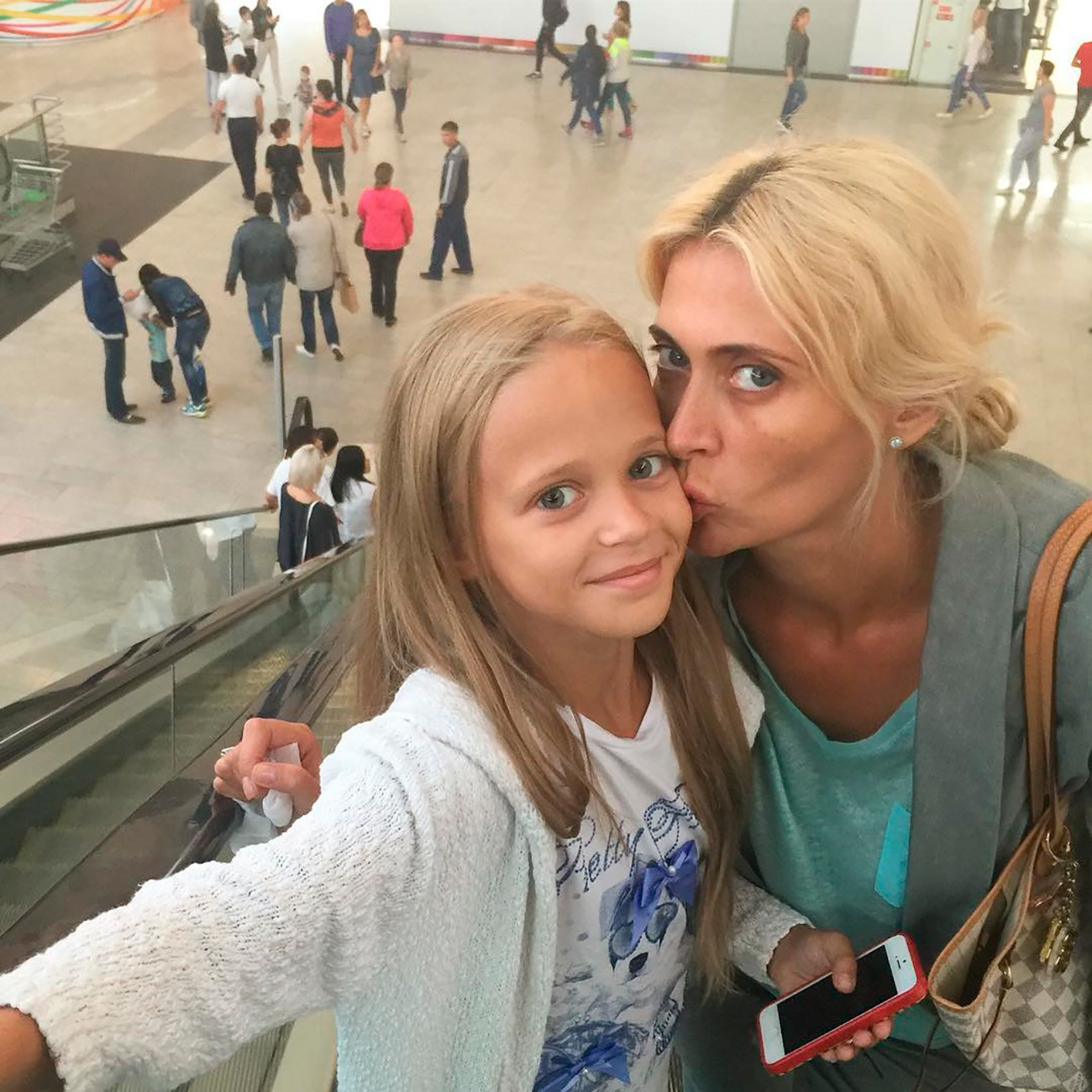 Elena believes that modeling school is good for kids not only for the sake of fashion shoots, but to build self-confidence. Whereas in the kindergarten Alisa was shy when talking to adults, these days she can ask an unfamiliar Italian photographer to change the background music to suit her mood.

“We sometimes get stereotyped as exploiting and monetizing our kids. But only people outside the industry say that,” says dad Oleg. “For us, shoots are not work, more like a vacation.” Her parents do not demand success at any cost, and Alisa herself is happy to fly to shows in Europe. After a shoot, her parents hire a car and spend several days riding round Europe. 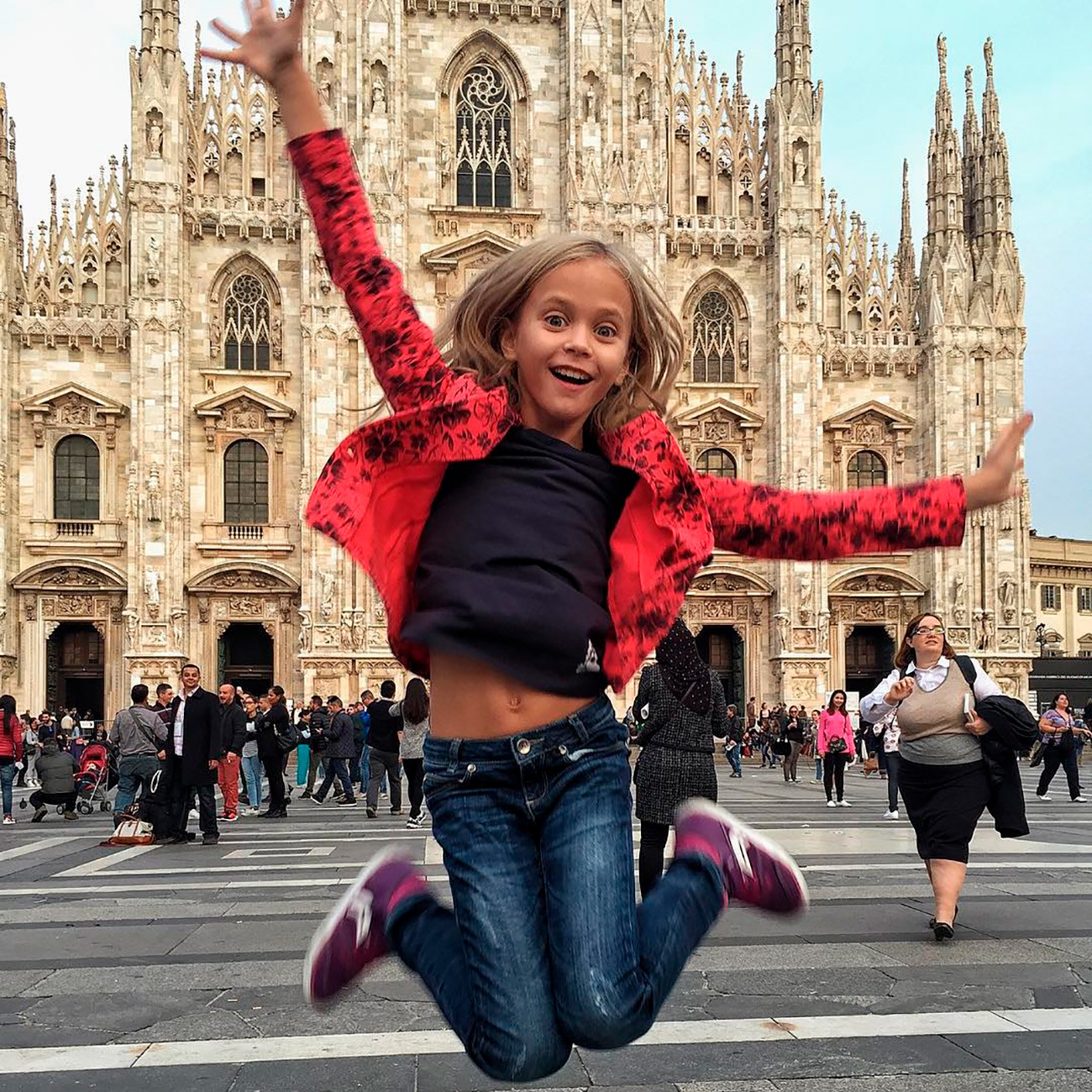 Alisa’s parents have a simple formula for “star fever”: when the family returns from a trip, dad lays down the law — holiday’s over, time for work. A running family joke goes as follows:

“Who’s the head of the family?”

“And who’s the face of the family?” 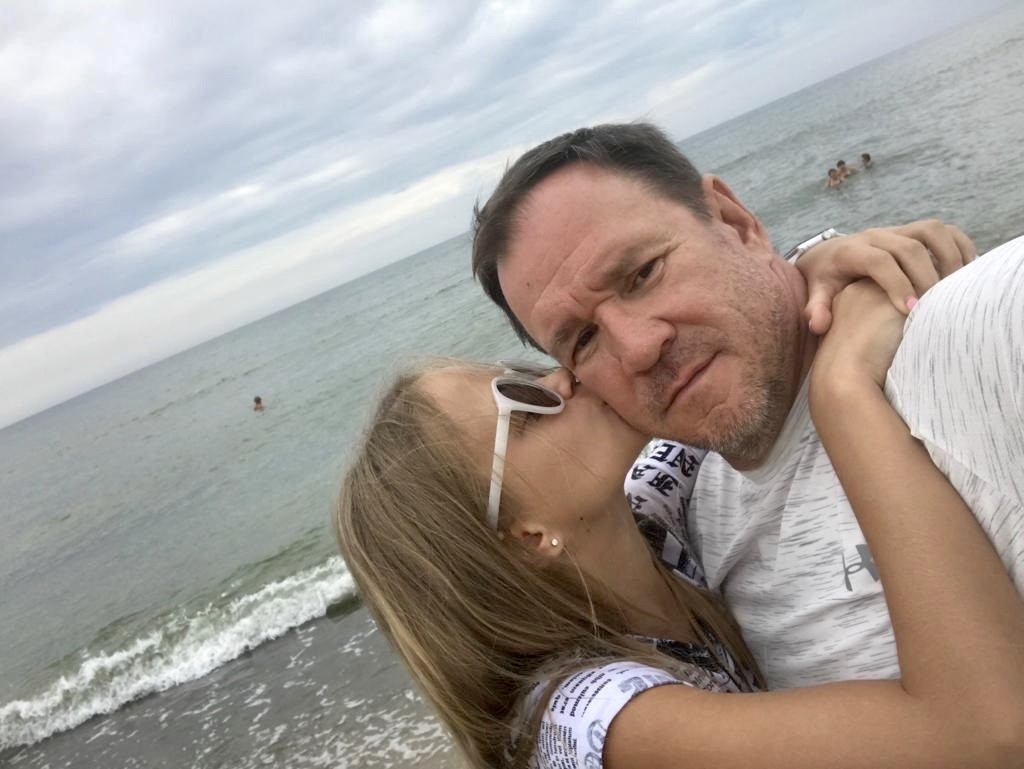 Modeling and then some

Even when not shooting, Alisa’s schedule is hectic: she goes to a school specializing in foreign languages, plus gymnastics training six times a week. Her favorite subjects are math, English, and physical education. 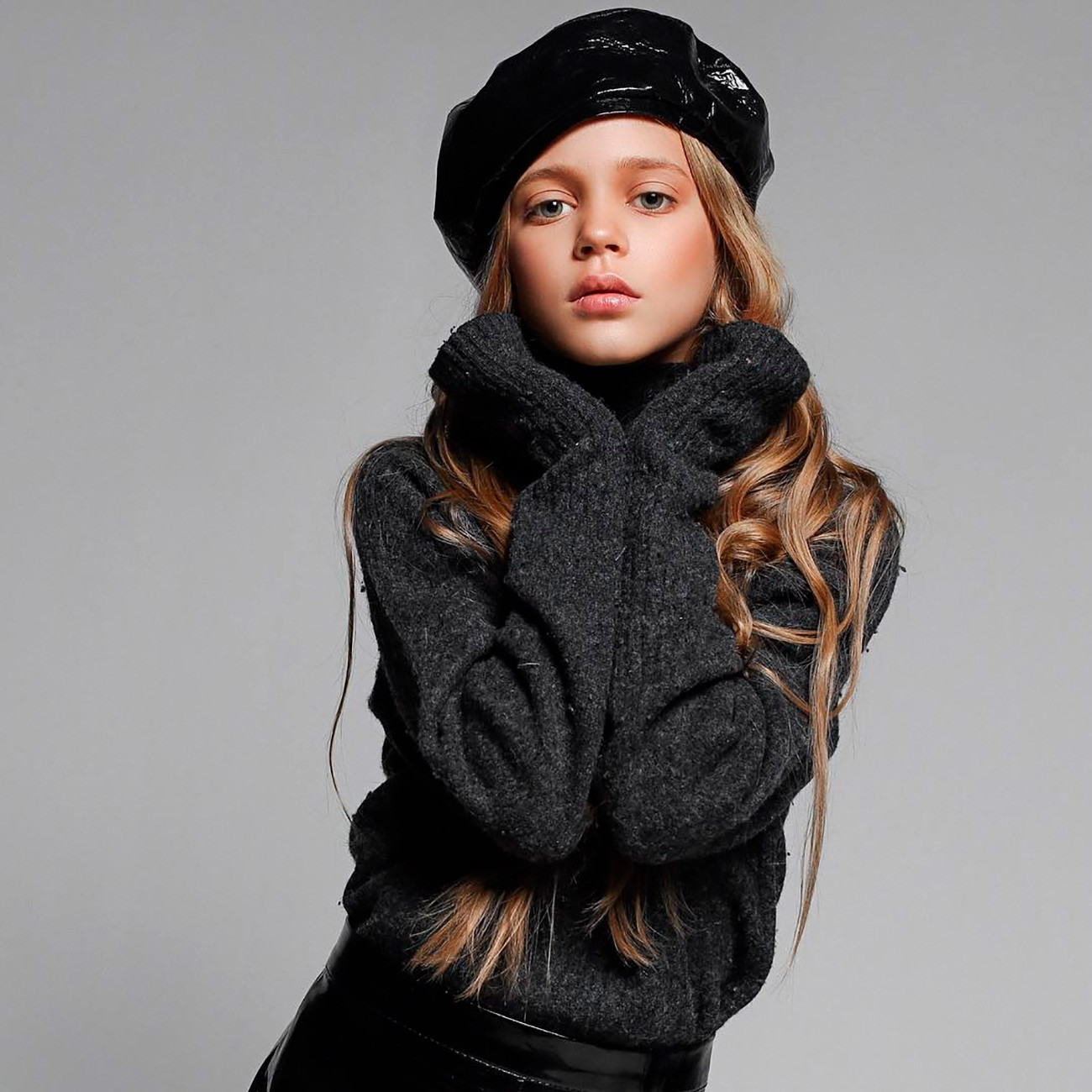 Alisa jokingly calls herself a “Stakhanovite,” and admits that she does her homework a week in advance. Despite having little free time, she manages to do shoots, go to sports training, message model friends from Europe, and play with her dog — Willy.

As for favorite models she herself would like to emulate, Alisa has none. “When asked about her idols, she always mentions [Grigory] Leps, because she loves his songs,” laughs Oleg. 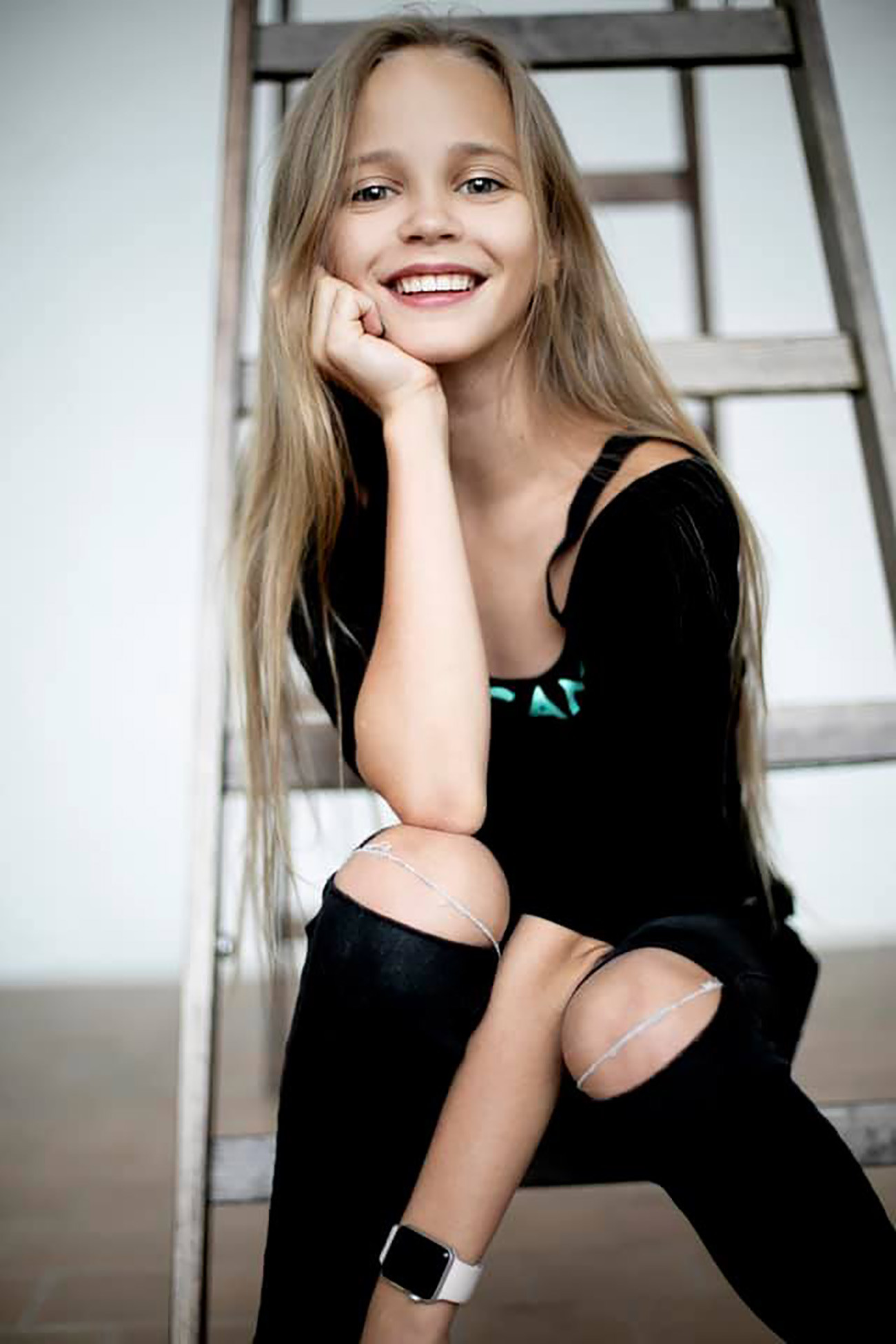 Alisa is already being wooed by adult modeling agencies, but for now school remains her priority. Her dad, who happens to be a former wrestler, believes that the most important thing is for her to find what she loves doing and work hard at it. After all, if the child has no desire, nothing will come of her shoots, sports, or studies, whatever her parents say or do.