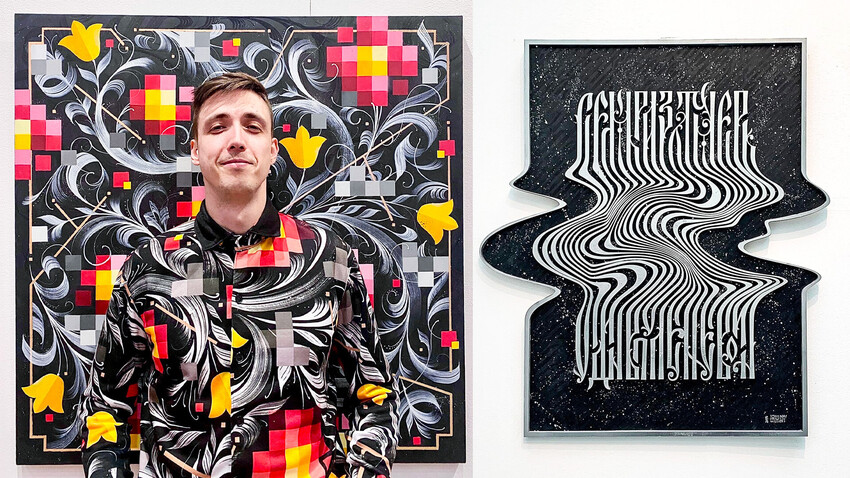 Dmitry Lamonov
Meet Dmitry Lamonov, whose pieces of art are inspired by old Russian culture, namely its authentic ornaments, ligatured script and folk crafts. Below, we see how his work can work well with modern digital art.

Dmitry Lamonov first fell in love with Russian folk craft in his childhood, while watching his father decorate small black jewelry boxes with floral patterns, landscapes and historic scenes. At that time, the country had just three miniature lacquer painting schools, with Dmitry’s father working for the one in the village of Kholuy in Ivanovo Region.

Dmitry has since come a long way and is now himself painting Russian folk ornaments and doing calligraphy - but his gzhel, khokhloma, and Russian ligature are broken down into… pixels. 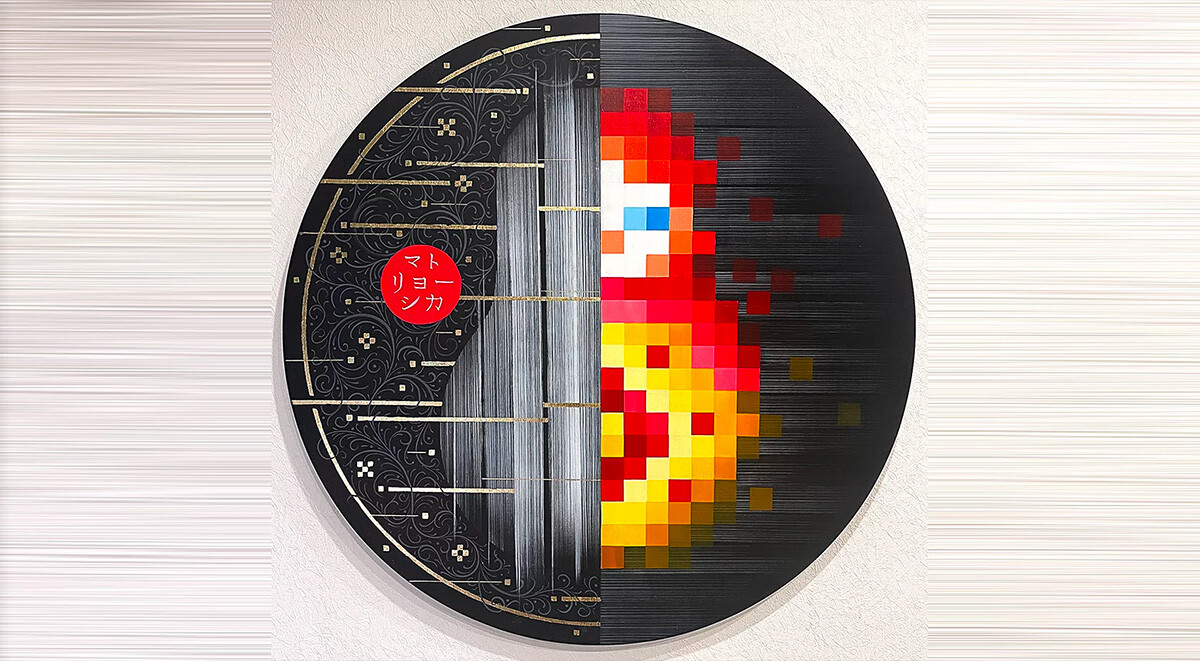 This is commonly referred to as pixel art – a form of digital art with distinct pixels, a sort of Minecraft in the world of painting. Meanwhile, from the visual perspective, Lamonov’s works are a combination of pixel art and various folk crafts – something he calls “the traditions revisited”. 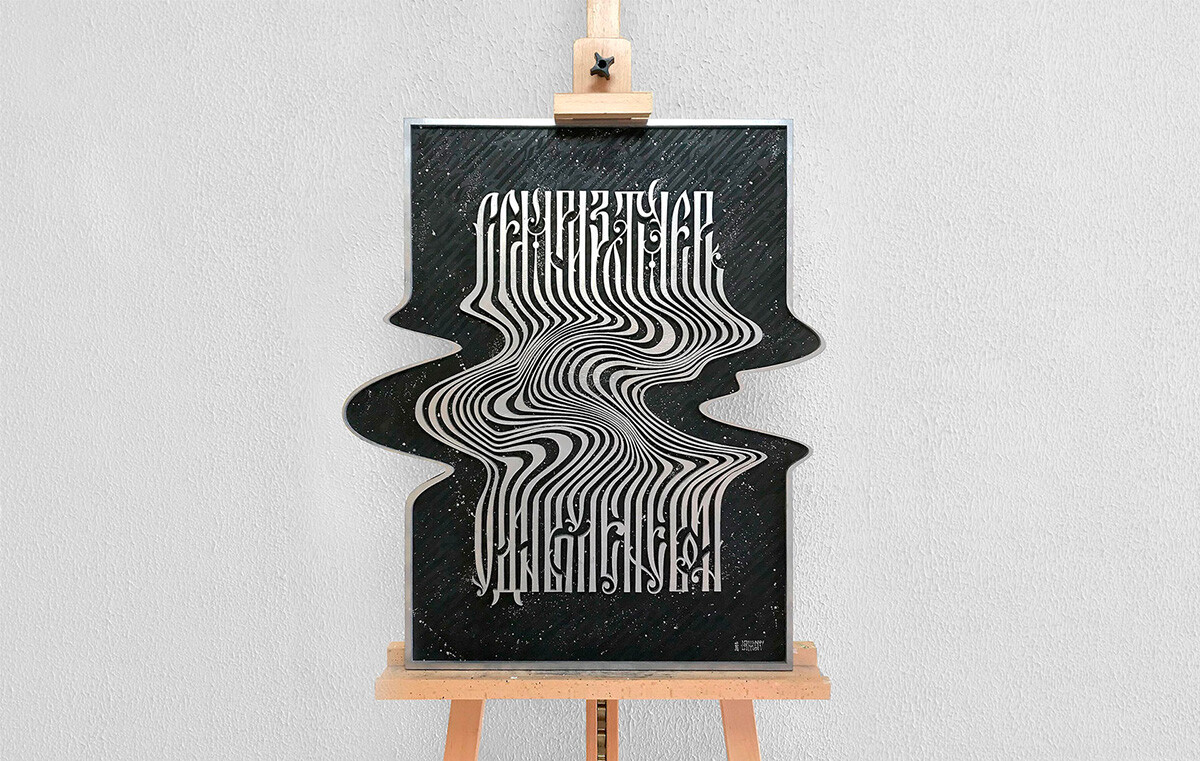 “Any craftsman taking a look at my work would say that they have nothing to do with real folk crafts - and they’ll be right,” Lamonov states, adding: “ I didn’t want to use them in the original form, but rather, to create a visual representation of folk painting. My style is all about revisiting traditional painting through digitalization.” 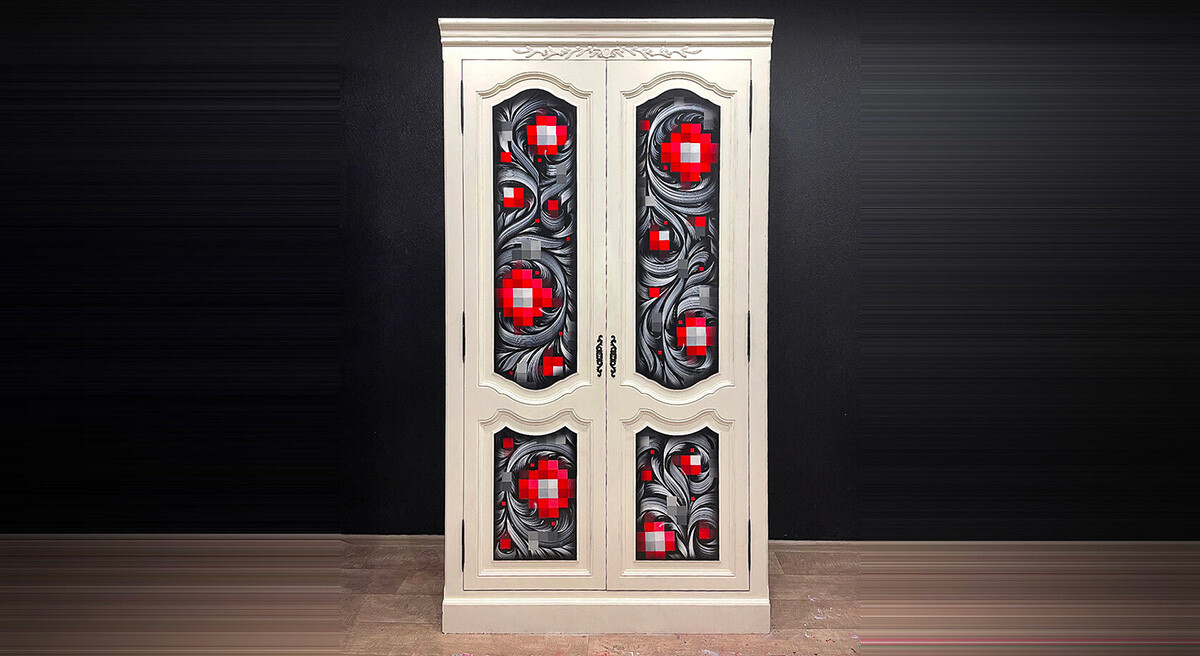 He started experimenting with digital art in 2008, when he was studying for a degree in geography. His friend lent him a bootleg disc with Photoshop. “I installed the program on my home computer, and began to сlick here and there, trying to get a grasp on it. I took a photo of myself in different parts of the room, and then put together the shots so that one picture featured five images of me. I got a kick out of it and decided to continue doing this,” the artist recounted. 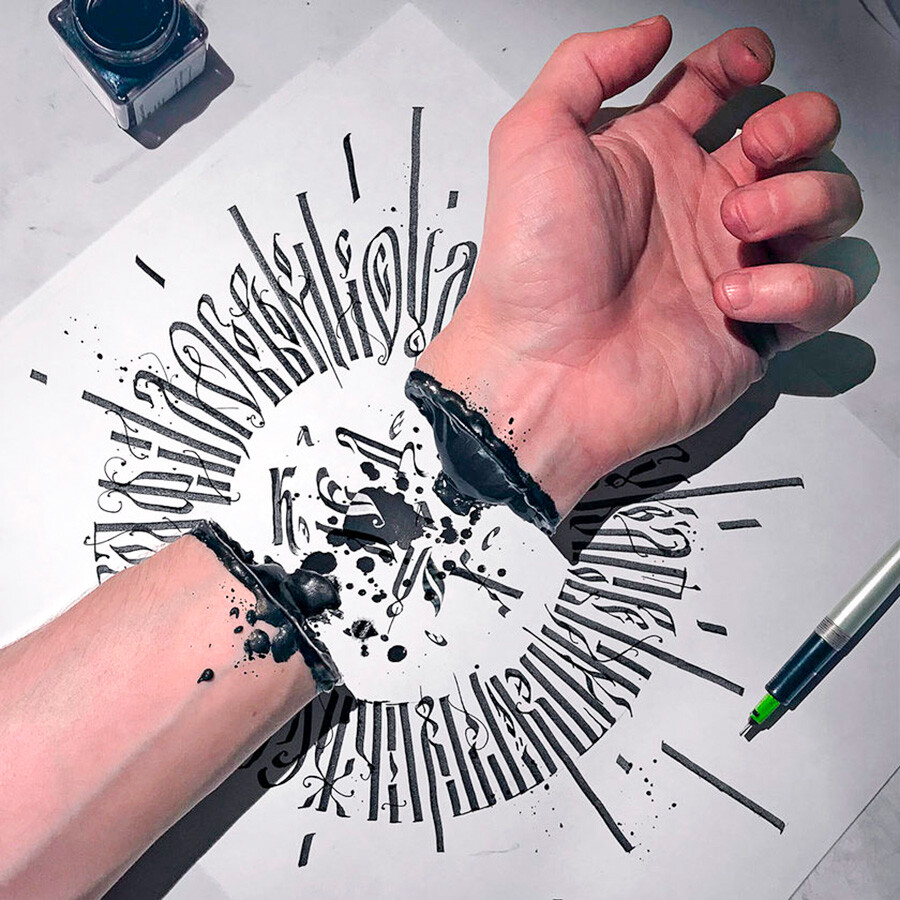 A couple of years later, he moved from St. Petersburg to Moscow and entered the university, the faculty of graphic design, after which he worked in his degree field in one of Moscow’s design studios. 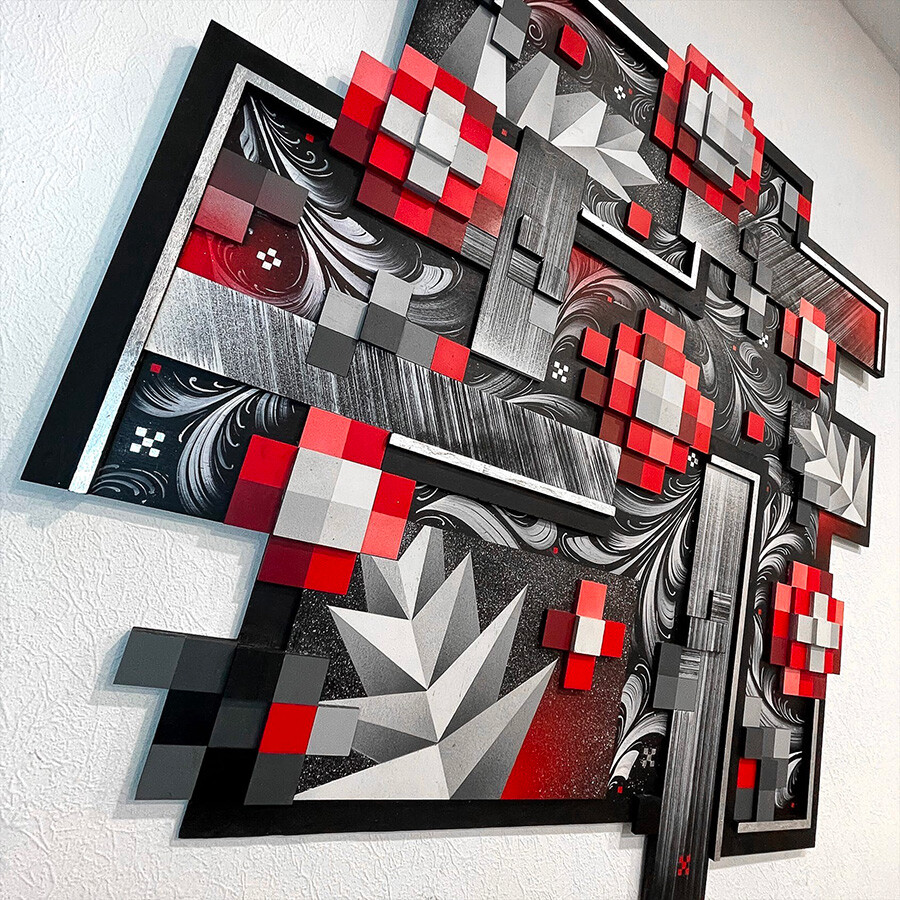 For many years, he enjoyed creating logos. Yet, he found it boring to use preset fonts - which is when you draw a sign and add ready-made letters. It was way more exciting to create letters from scratch. This is how he became interested in calligraphy and enrolled into a school of handwriting. 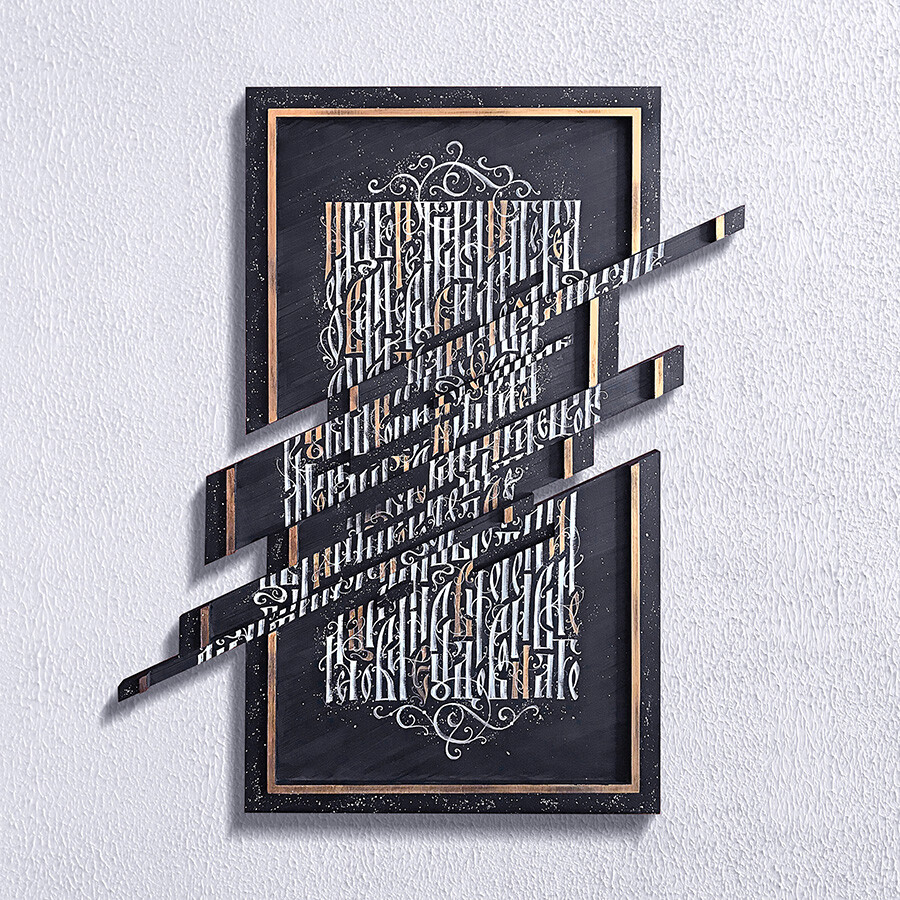 “I was especially attracted to Russian ligature at that time: it’s highly decorative and harmonious,” he says.

Thanks to calligraphy, he went beyond the limits of digital art and started creating pieces on material objects, such as canvases, walls, out-of-use cisterns, brick walls, etc. 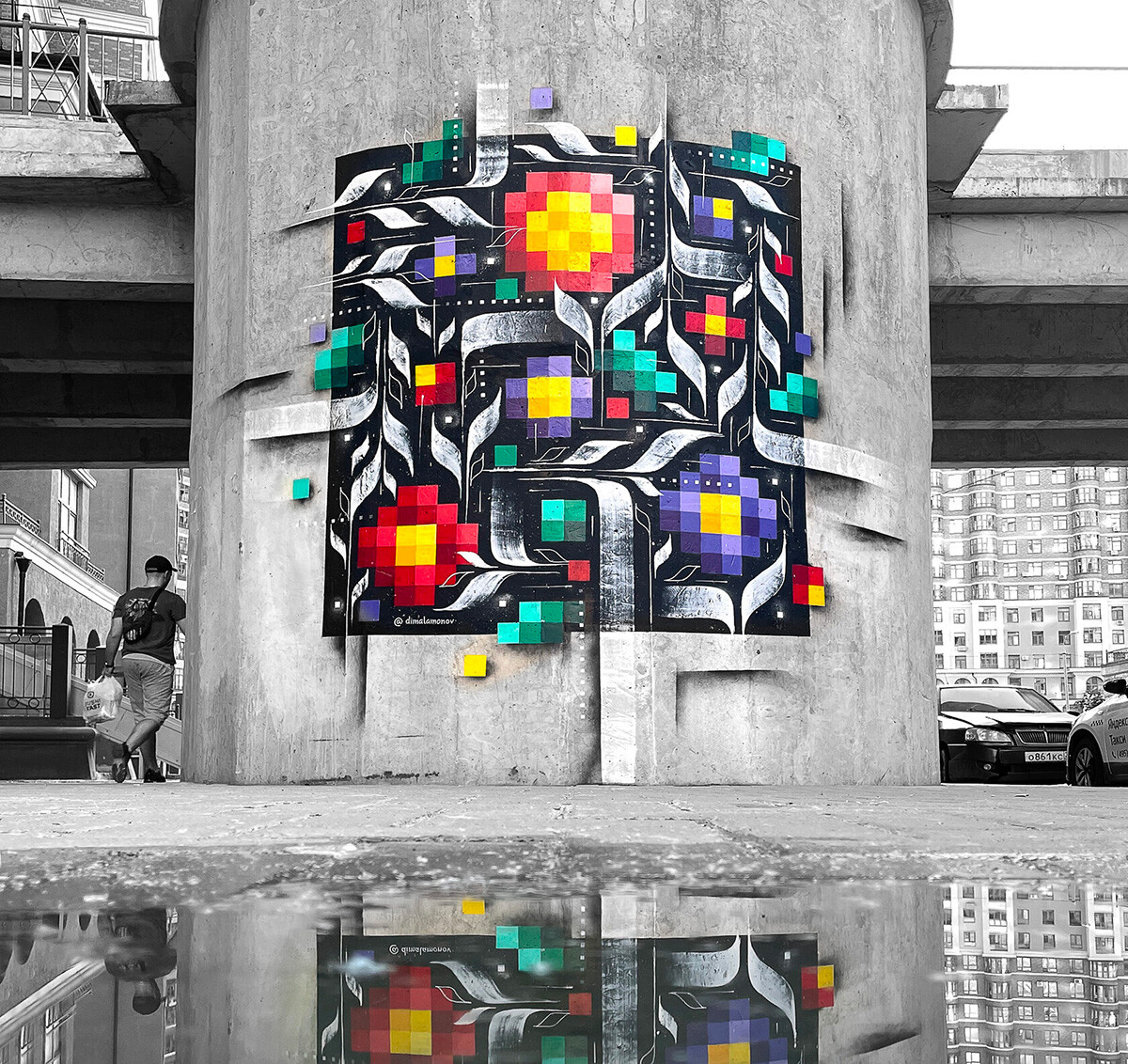 Lamonov said he didn’t do “guerilla” street art for long. He believes that unauthorized works cannot be large-scale, as they’re very time-consuming. “Only when work has the greenlight is there an opportunity to do big projects. Thus, I’m more into public art than street art, as the former requires that everything is done legally for an audience,” Lamonov explains. 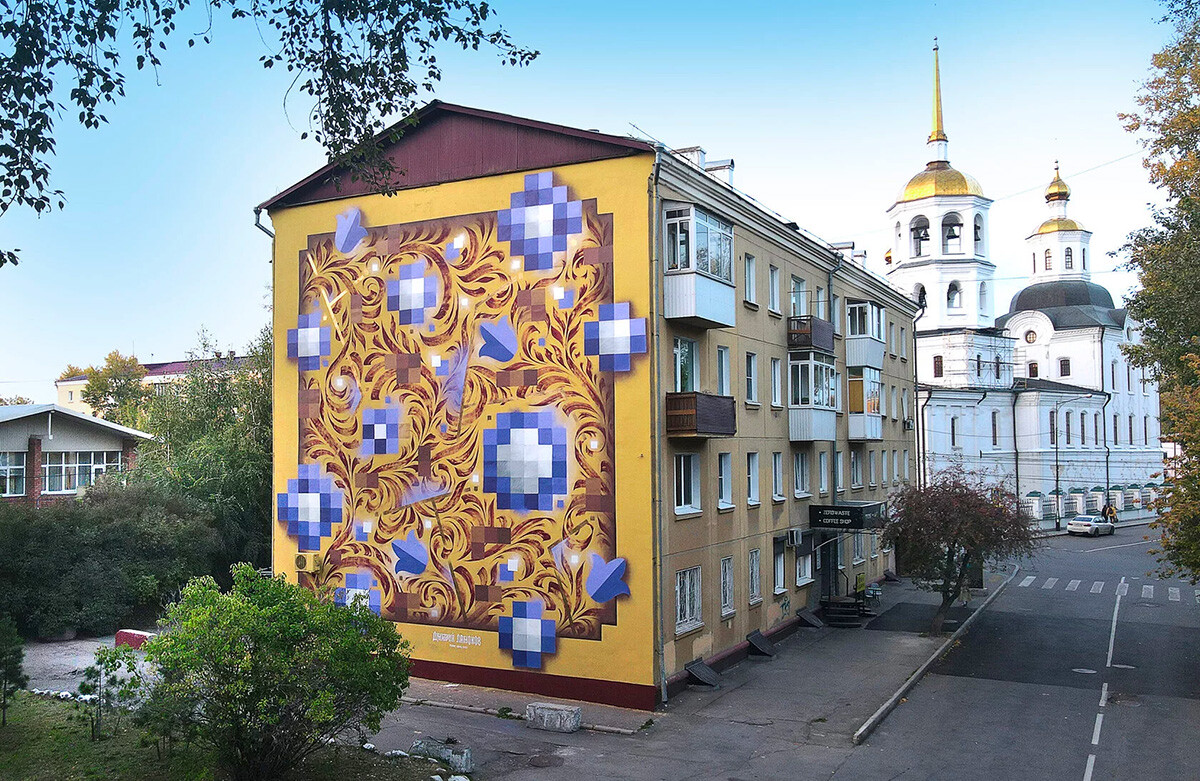 For instance, with permission from the Irkutsk city authorities, he painted an apartment building facade that  was 15 meters high. 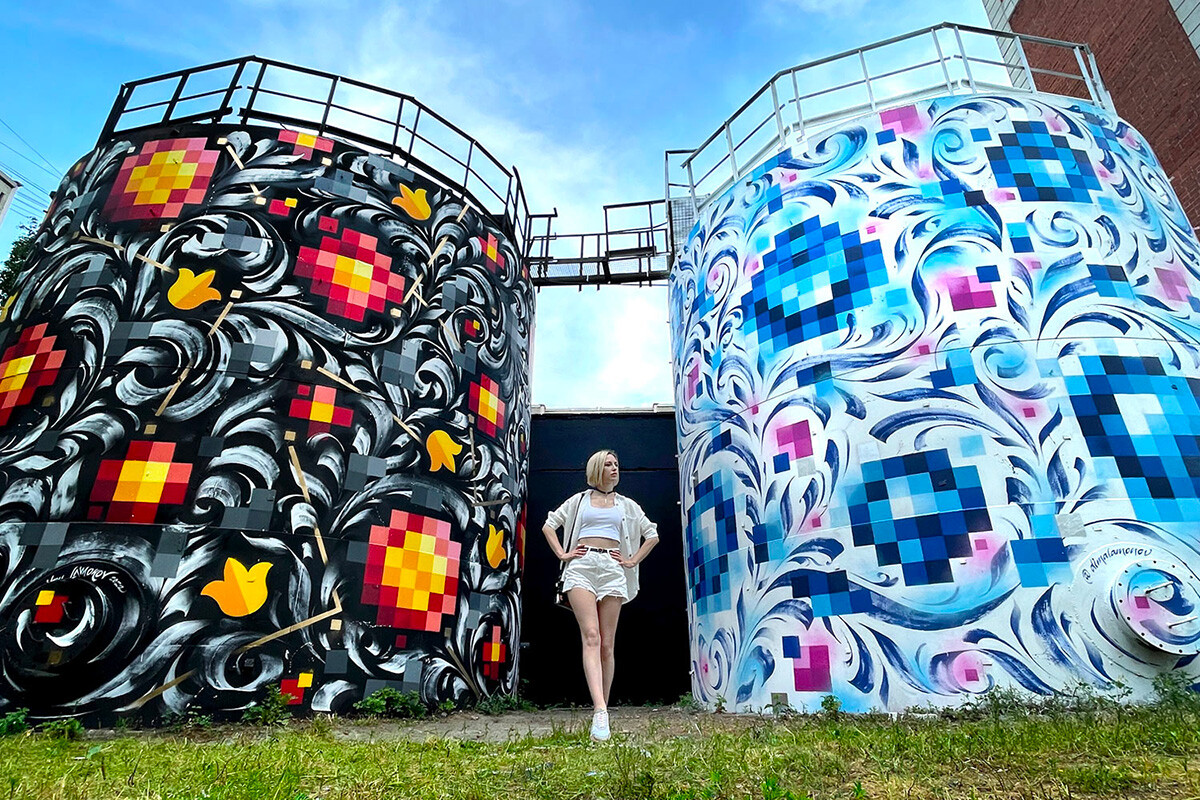 In Yekaterinburg, he managed to turn abandoned 7-meter cisterns into genuine works of art. “I worked for 13 days, and it was one of the most challenging projects in my creative practice,” he recalled. 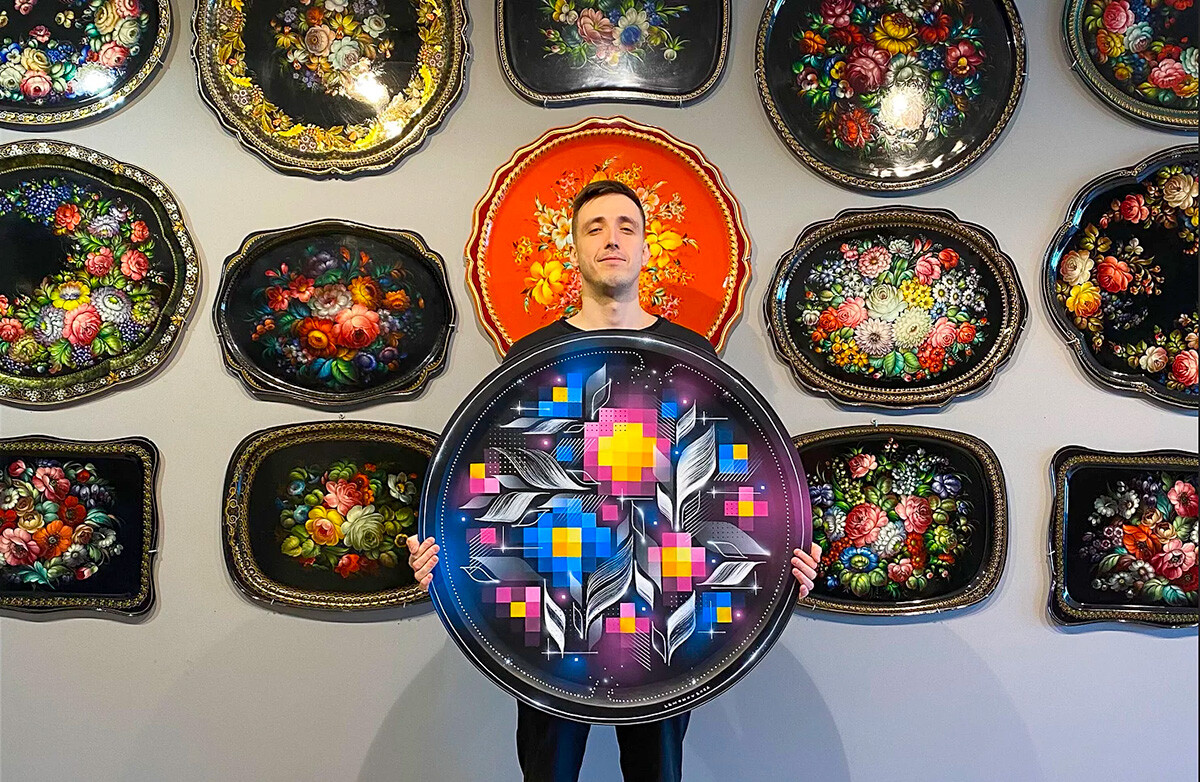 In order to properly imitate folk ornaments, Lamonov did his best to master the double-stroke technique, and even visited the famed Zhostovo handcraft factory. He then painted a tray in his own technique, with the item now exhibited in the factory’s museum. 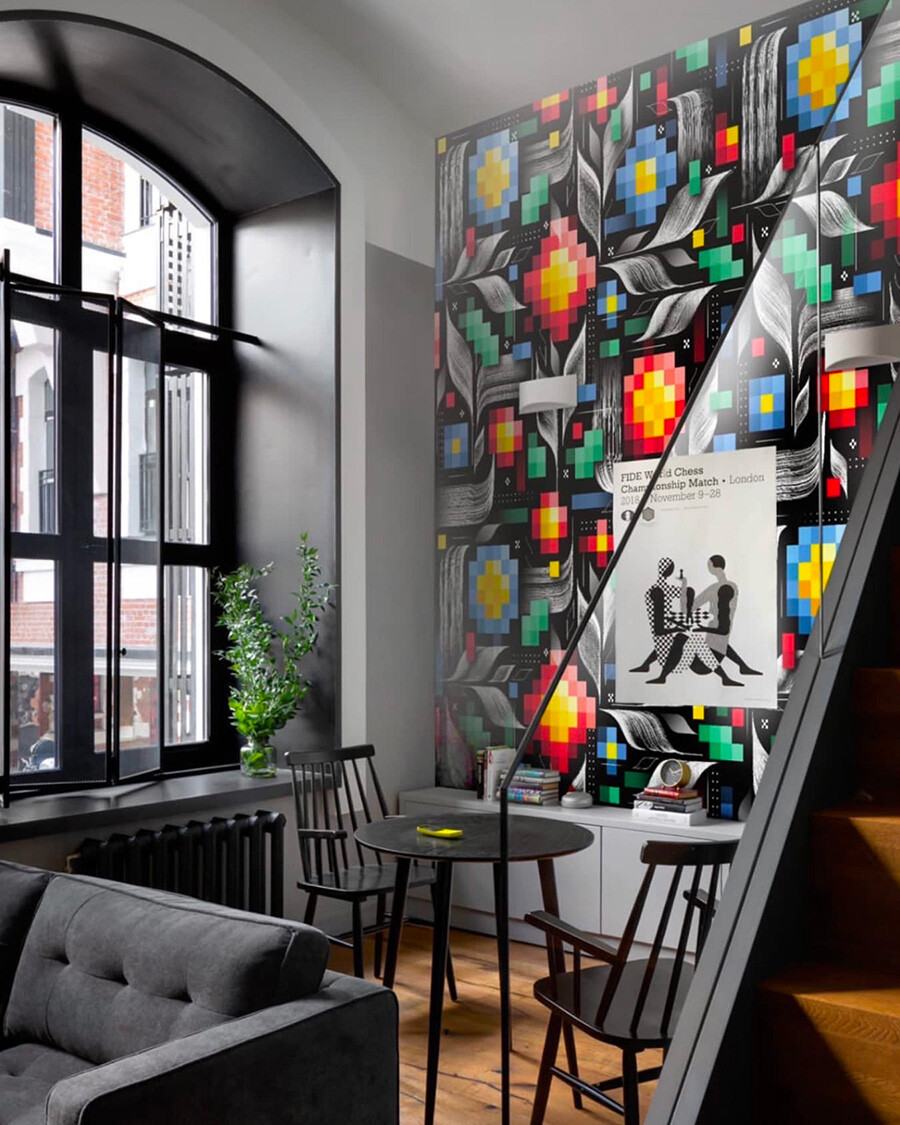 His unique manner of art also attracts commercial proposals from others, with a number of manufacturers of premium wallpaper and clothes having already contacted the artist.

“I find it really important that viewers see what I am doing, so I try to do projects involving as many different objects as possible,” he said. Dmitry’s ultimate dream is to paint a spacecraft, but he first wouldn’t mind honing his skills on an airplane.