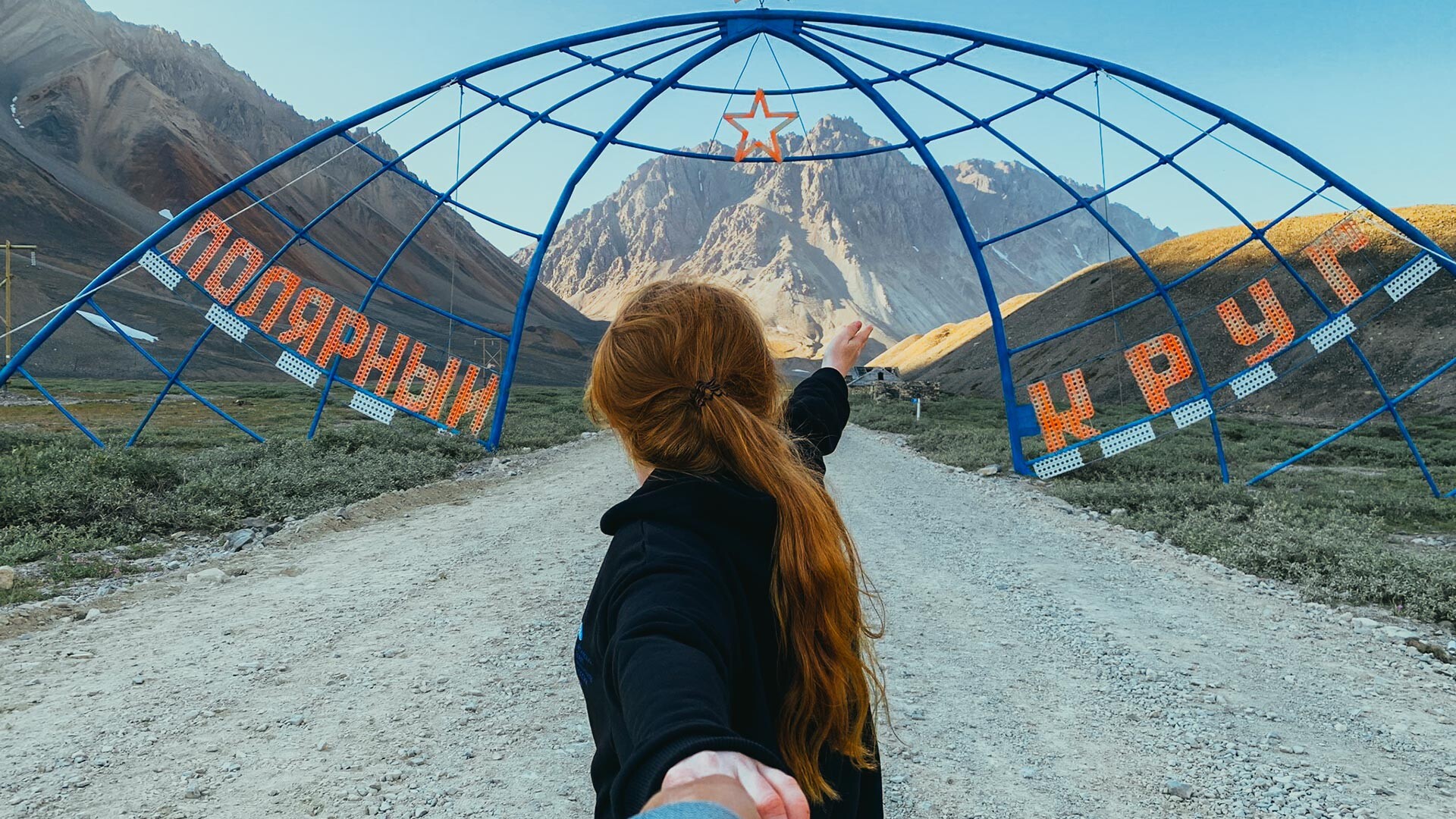 Anna Sorokina
The line of the Arctic Circle crosses the country from Karelia and Murmansk Region in the west, all the way to Chukotka in the east. And the reference points themselves are considered local attractions in their own right. 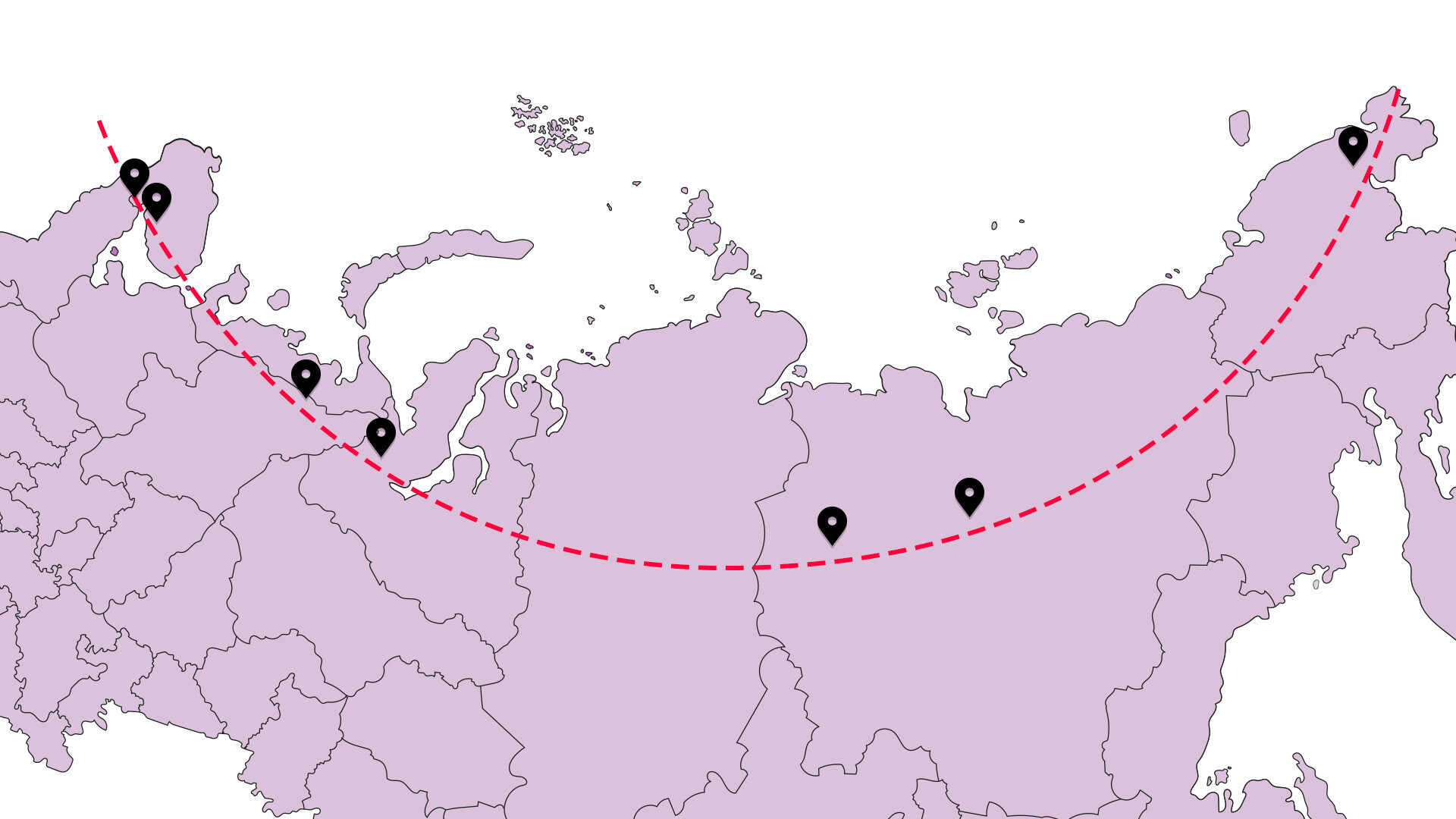 Some 20 percent of Russian territory sits beyond the Arctic Circle (above 66°33′44″ north of the Equator). Life in these places is hard: polar days in summer, polar nights in winter, cold and long winters, a lack of roads and all manner of other adventures. Still, the Zapolyarye (the region “beyond the Polar line”) is inhabited by some 2.3 million Russians - more than half of all Arctic-dwellers in the world. The largest cities are Murmansk (280,000), Norilsk (about 180,000) Vorkuta (over 50,000) and Salekhard (over 50,000) - the only city that sits right on the Arctic Circle. There are many points along that line where you’ll find various steles and arches marking the spot. 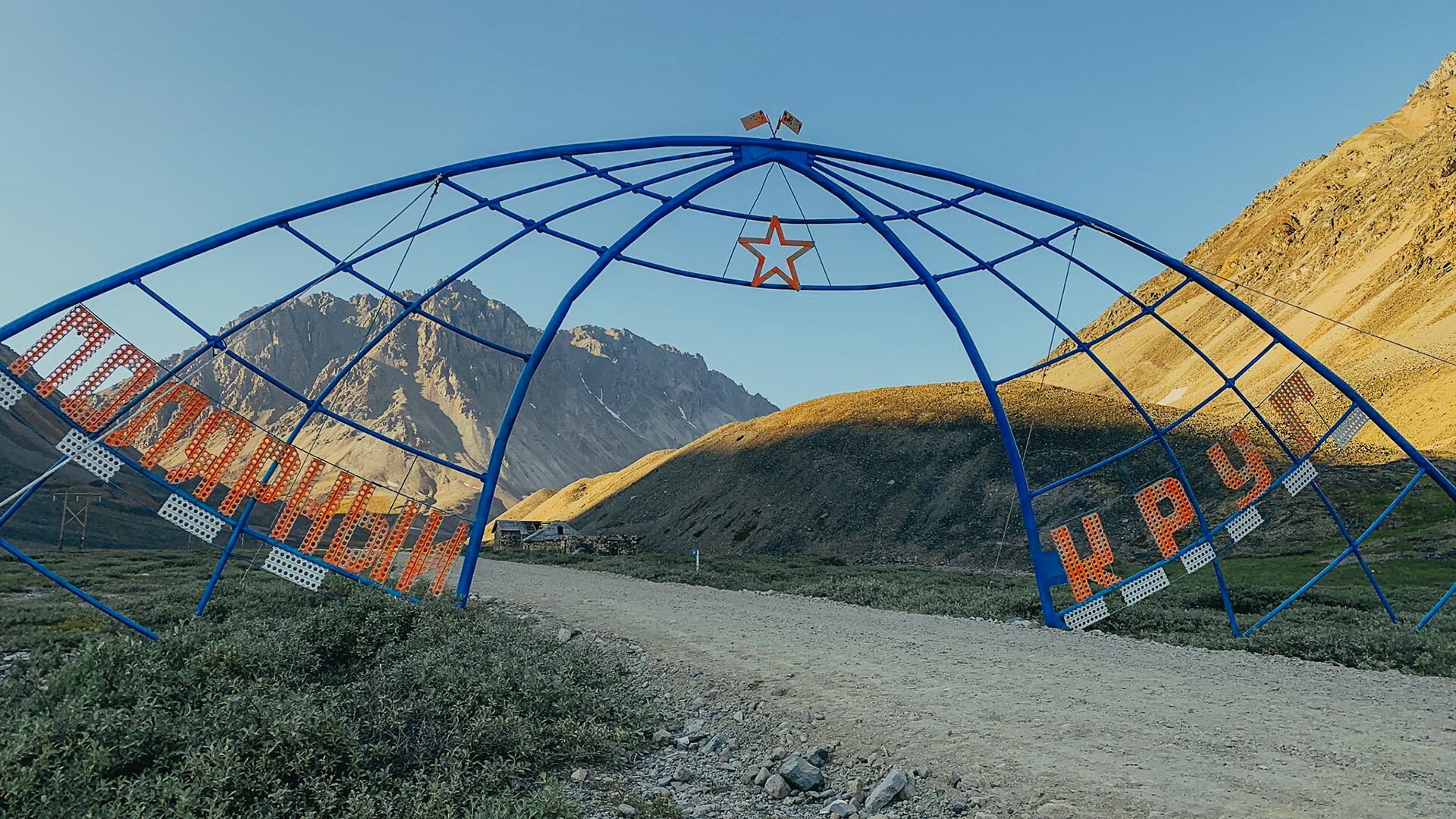 Chukotka is the most remote and easternmost region of Russia, most of which sits in the Zapolyarye. And you’ll find the most visually striking Arctic arch there, installed by locals in 1981, 28 kilometers from the settlement of Egvekinot. The monument straddles the highway that leads to the abandoned settlement of Iultin. 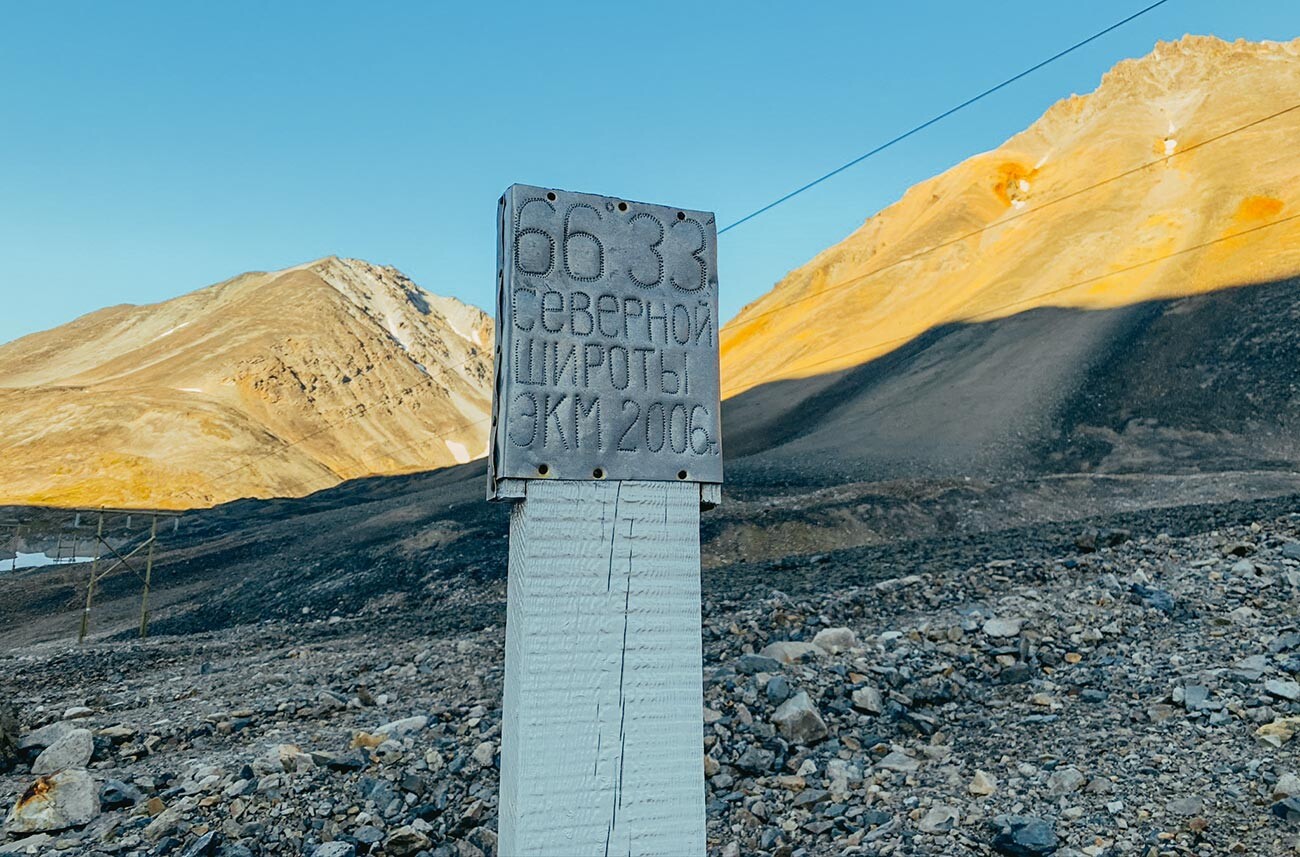 Several years ago, Russian geographers recalibrated their calculations and found out that the point of crossing is located several kilometers from that highway, at the base of one of the volcanoes. The arch was not moved, but there’s now a monument in the new spot. 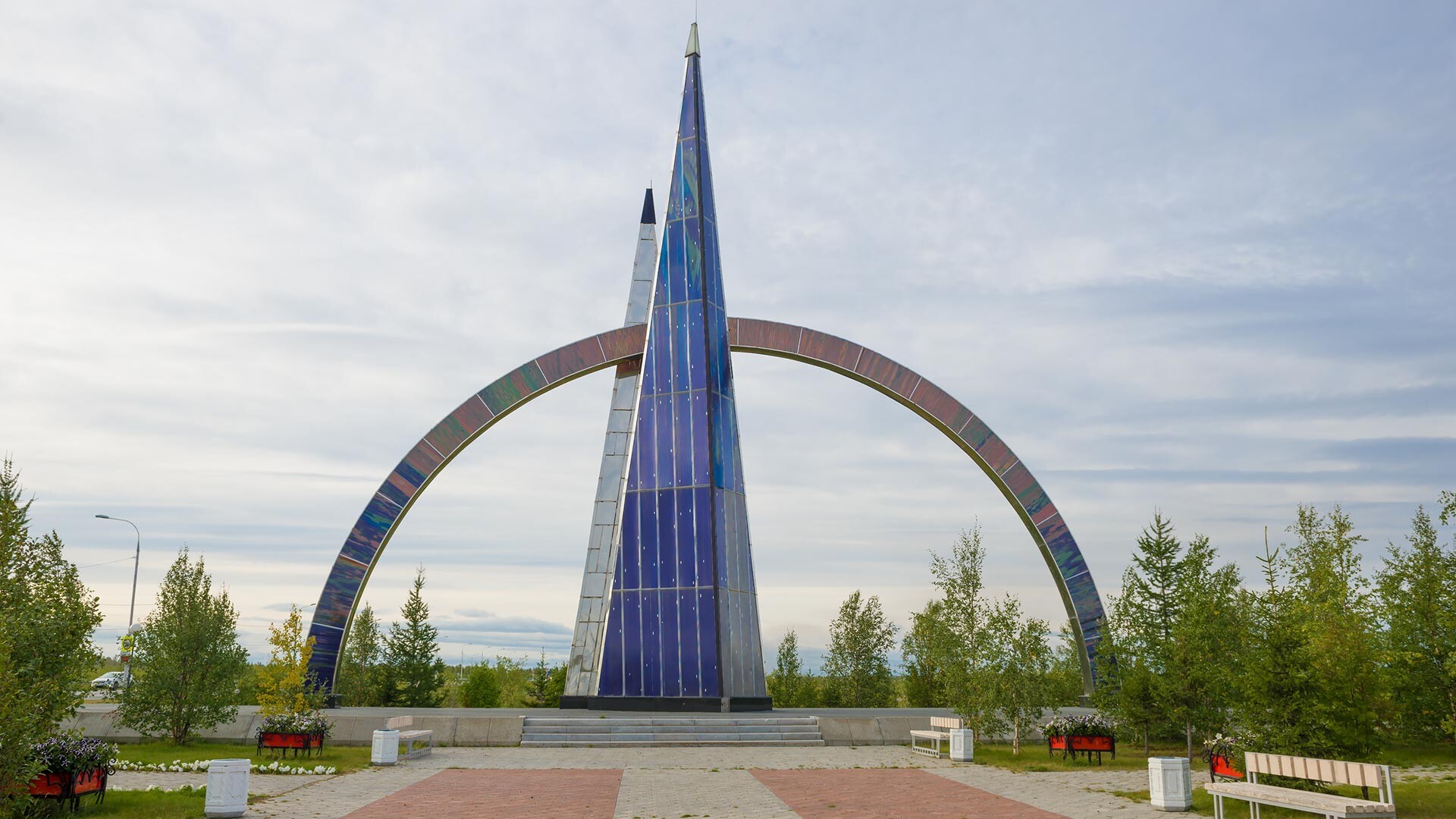 Salekhard is the only city in the world situated right on the Arctic Circle. And the ‘66th Parallel’ stele became one of its main attractions. The 20-meter monument, consisting of two sharp-ended pyramids and a metal half-circle, was installed in 1980 for the first time. However, in 2003, it was discovered that it was meant to be in a different location. The new stele was done according to Soviet designs - although cheaper metals were used this time around. It’s only a five-minute drive out of the city towards the airport. The stele lights up in the evening, reminding visitors of northern lights.

3. M18 ‘Kola’ highway, the border between Murmansk and Karelia 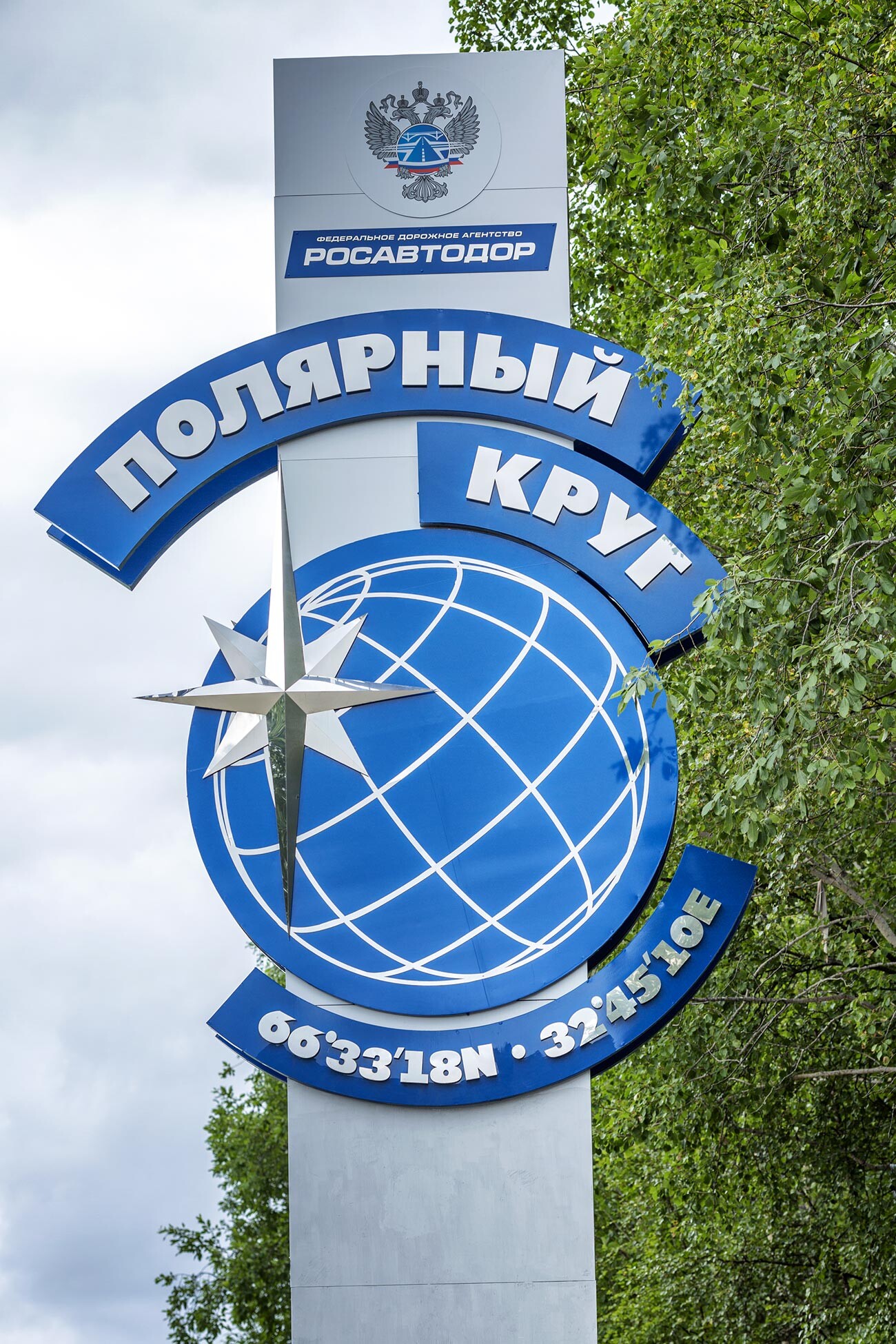 The Kola highway is one of the main roads in all of the Russian North, starting in St. Petersburg and stretching all the way to Murmansk Region. There are steles all along the border with the Arctic. Many drivers like to stop there to tie a ribbon and make a wish - there are parking spots there for that very reason. 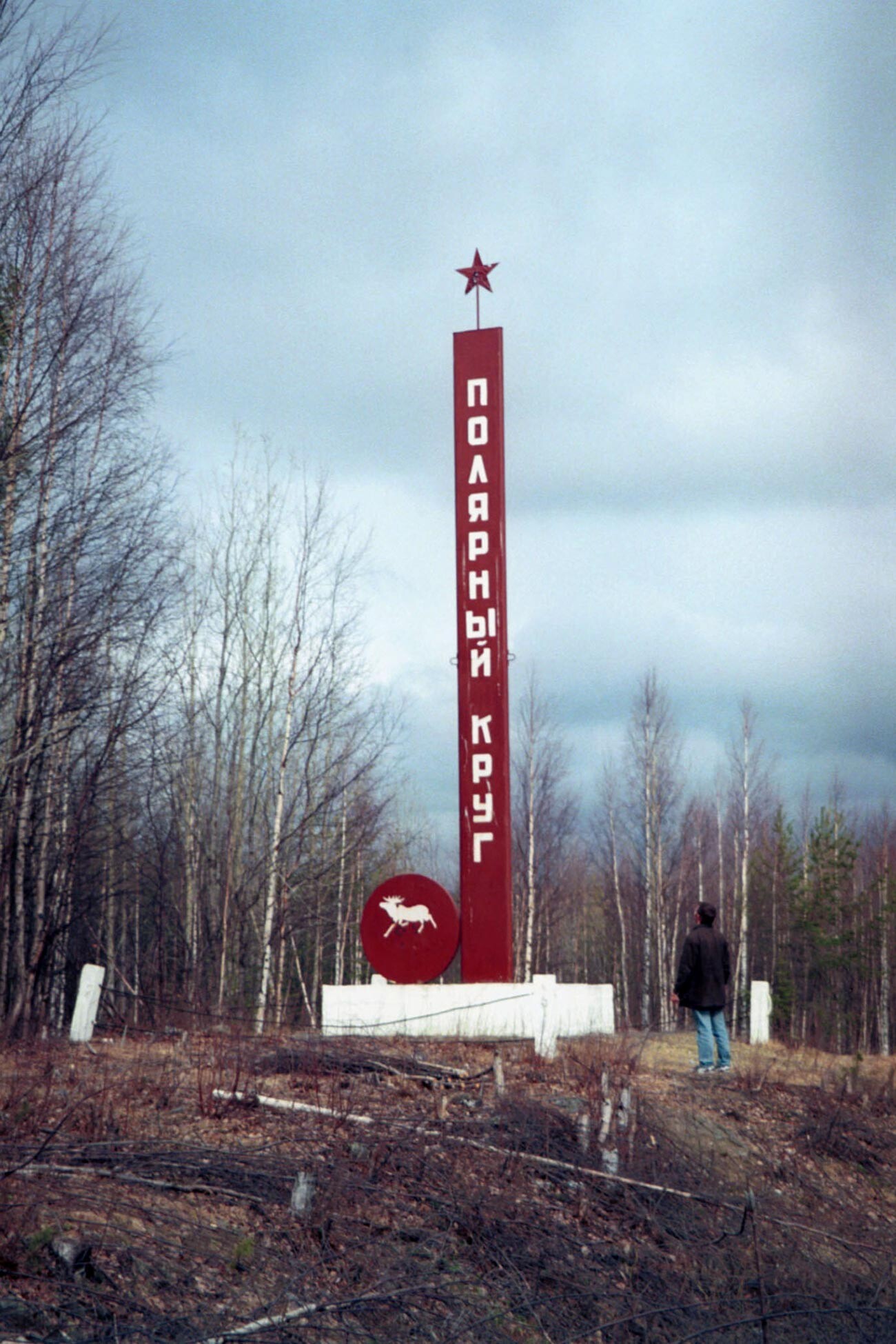 The stele was renovated numerous times. The original version was a little more modest. 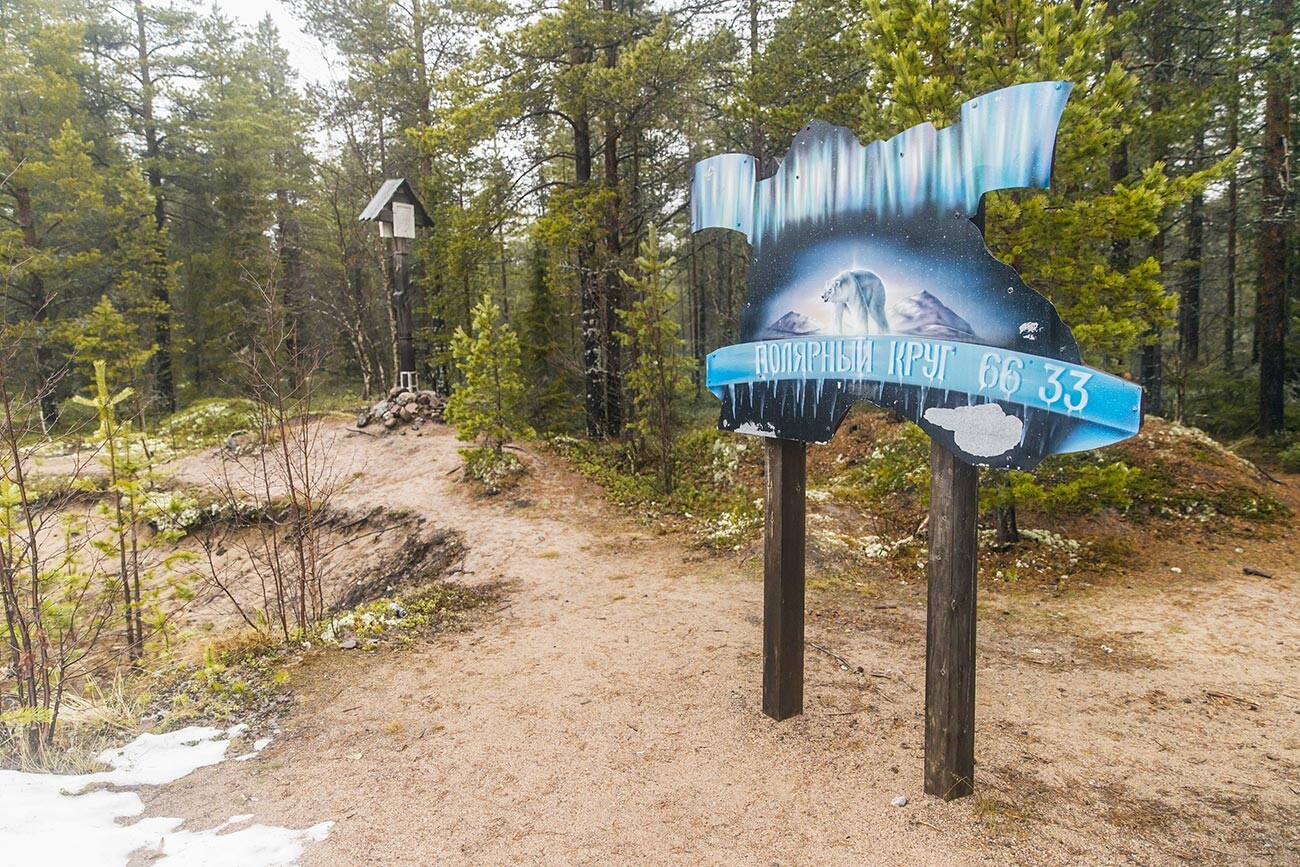 The old Pomor settlement in the region is situated on the White Sea coast. You’ll find the Arctic frontier sign about 40 km from Umba, on the road to Varzuga - about 2 km from the village of Kuzreka, in a very picturesque and almost unpopulated corner of the region, seldom visited by tourists. 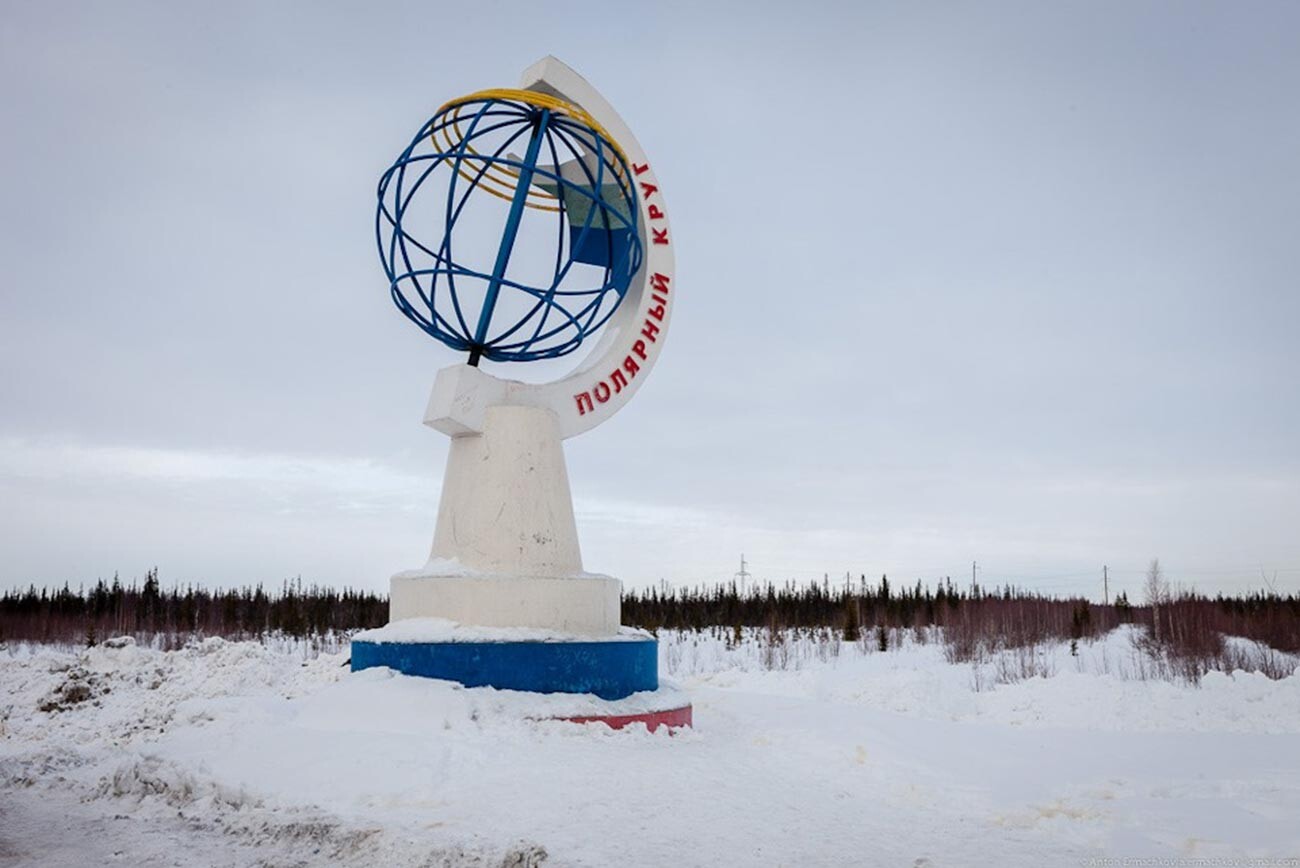 This is one of the most difficult to reach steles in Russia! Only good weather will permit you to travel off-road to get there. It can be found about 60 km north of Usinsk, on the way to the village of Kharyaga. The first stele appeared here in the 1980s, making Usinks a city. It was simply a large ordinary road sign; the second came in the 1990s, depicting a white bear and a deer. The current sign was installed in the mid-2000s by the oil-producing company Lukoil. The stele is a big globe on a pedestal. According to tourists, the final 30 km are “horrible”, although there are scant traces of concrete in places. 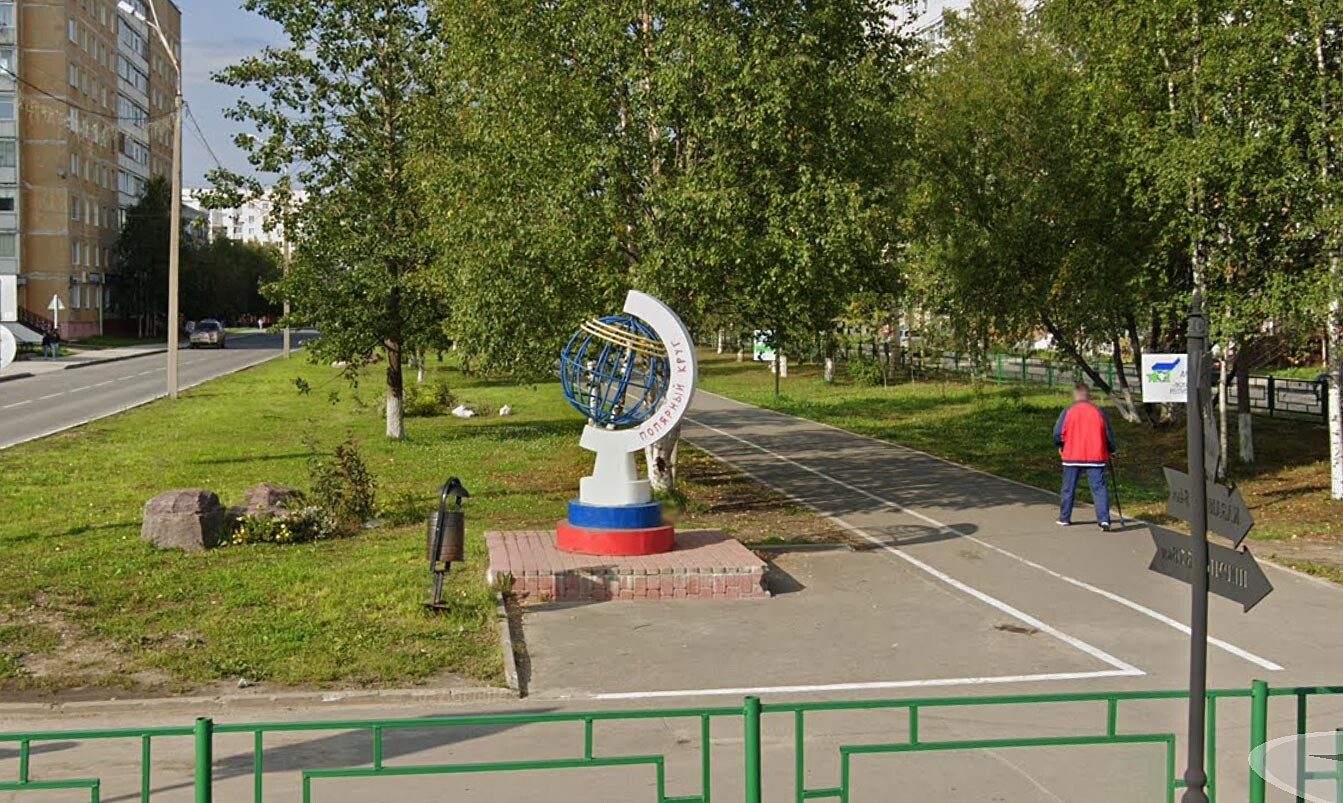 But for those that don’t want to travel too far, there's a mini replica in Usinsk. 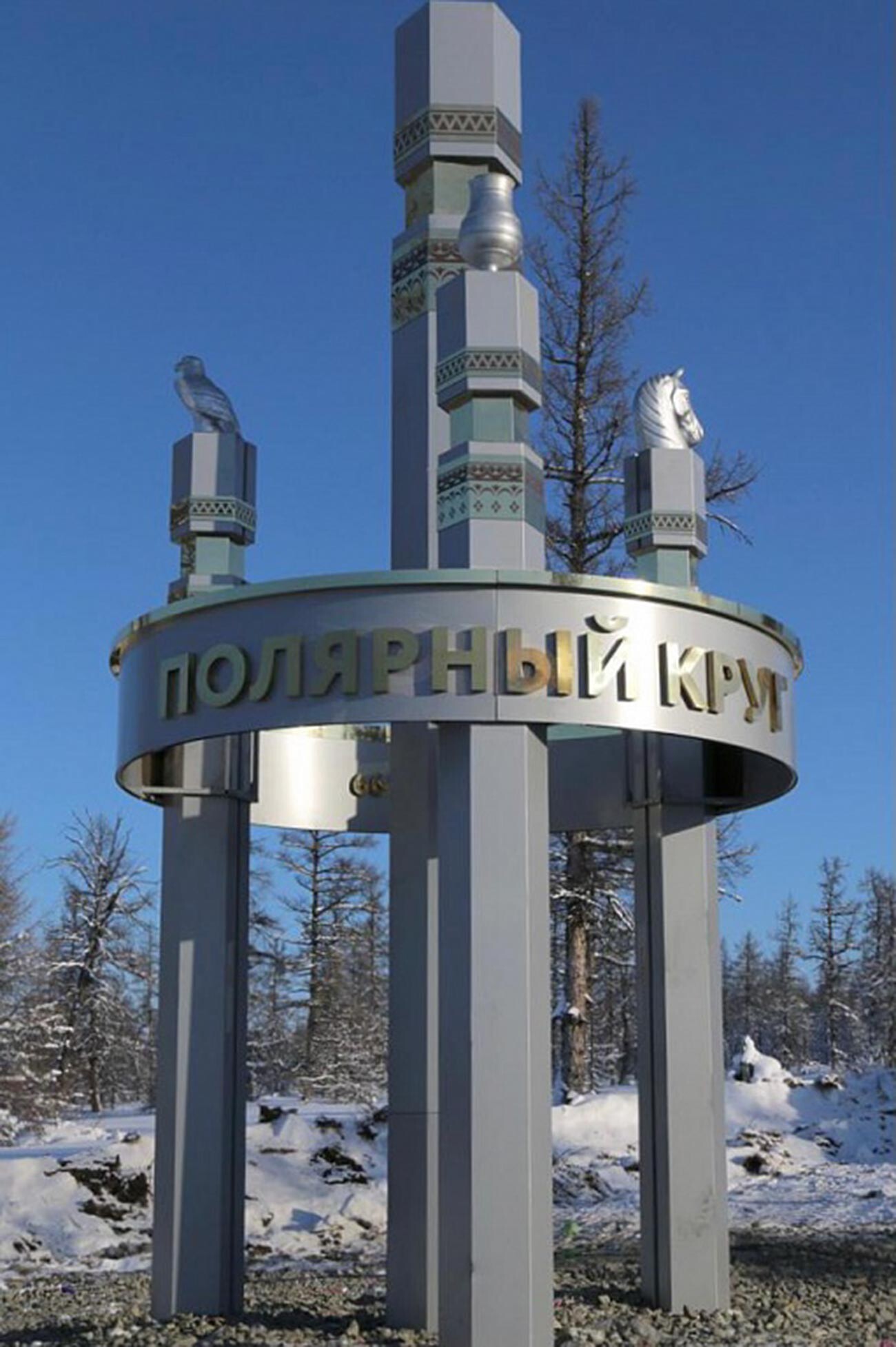 Press Service of the Municipality of Udachny

The town of Udachny got its own ‘Polar Circle’ stele in 2021, made in the traditional Yakutian style. It is made up of several sergeh (“hitching posts”) six meters in height, decorated with horse figures, a falcone and a choron (a receptacle for drinking kumys - a fermented milk drink). The idea belongs to local builders. 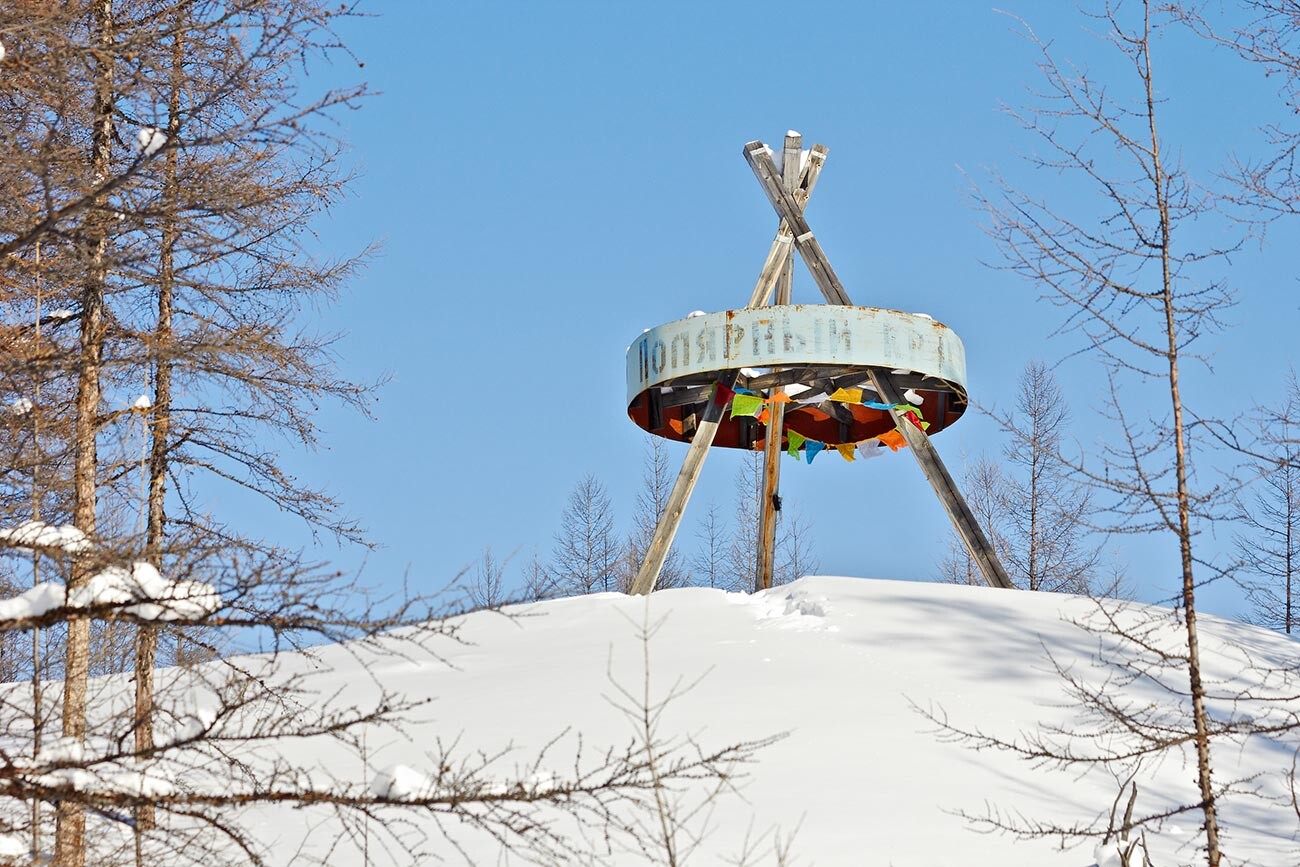 Not far from Zhigansk, about 20 km to the north, locals installed another sign. It’s situated on the banks of the Lena River and can be viewed from a river cruise ship, which are popular.