Whо lives in the Russian Caucasus? 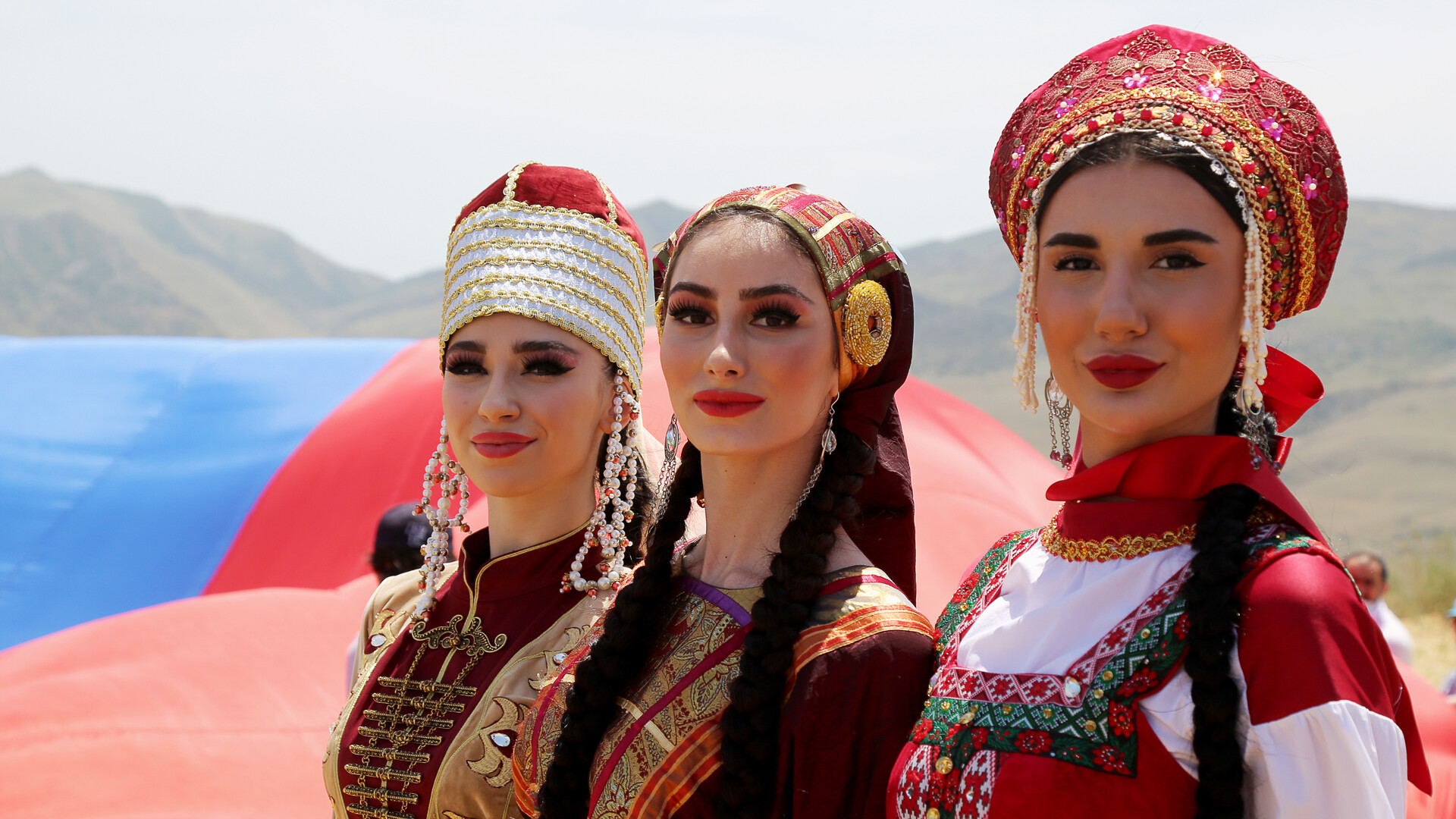 Musa Salgereev/TASS
The Caucasus Mountains is a multi-ethnic area, where peoples with different beliefs, languages and traditions live side by side. A significant part of it is in the Russian Federation. 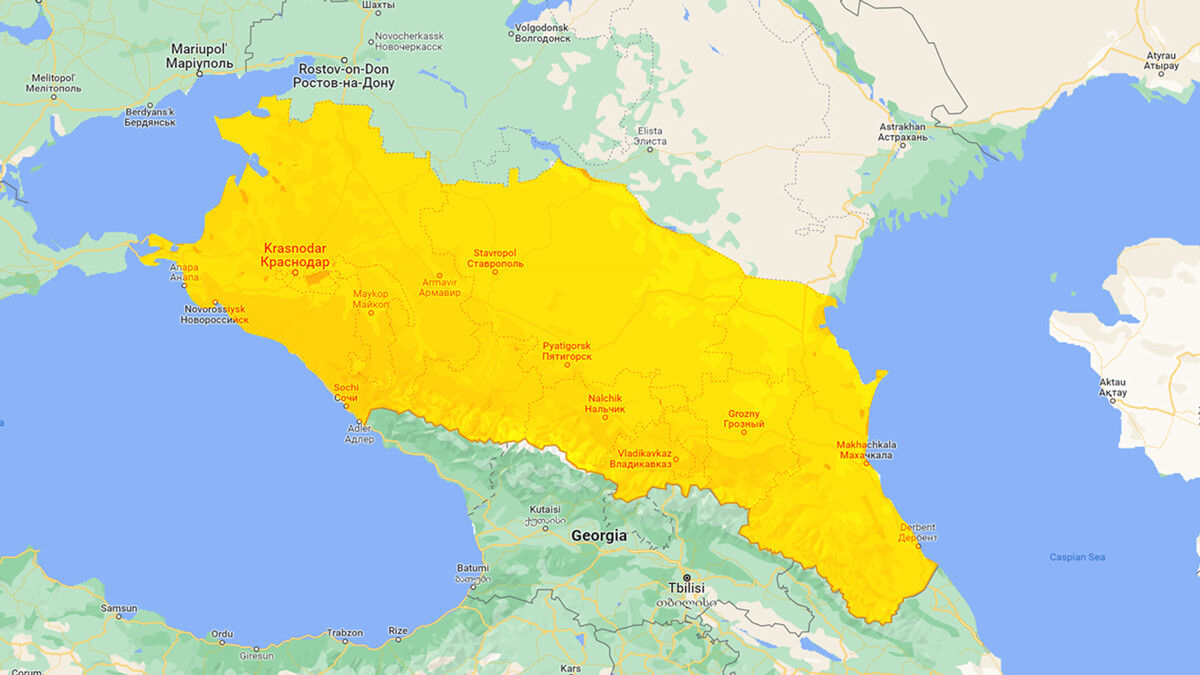 The North Caucasus is the is a subregion of Russia located between the seas.

The Caucasus is a mostly highland area sandwiched between the Caspian and the Black seas. For centuries, it has been a home to dozens of ethnic groups and, due to the remoteness of mountain settlements, these groups have developed different languages and beliefs, yet still have very similar lifestyles. Therefore, the Caucasus is not just a geographical concept, but also a historical and cultural one. Today, the Caucasus is divided into North and South areas, where the South Caucasus consists of post-Soviet states and the North Caucasus: national republics that are part of Russia.

When did the Caucasus become Russian? 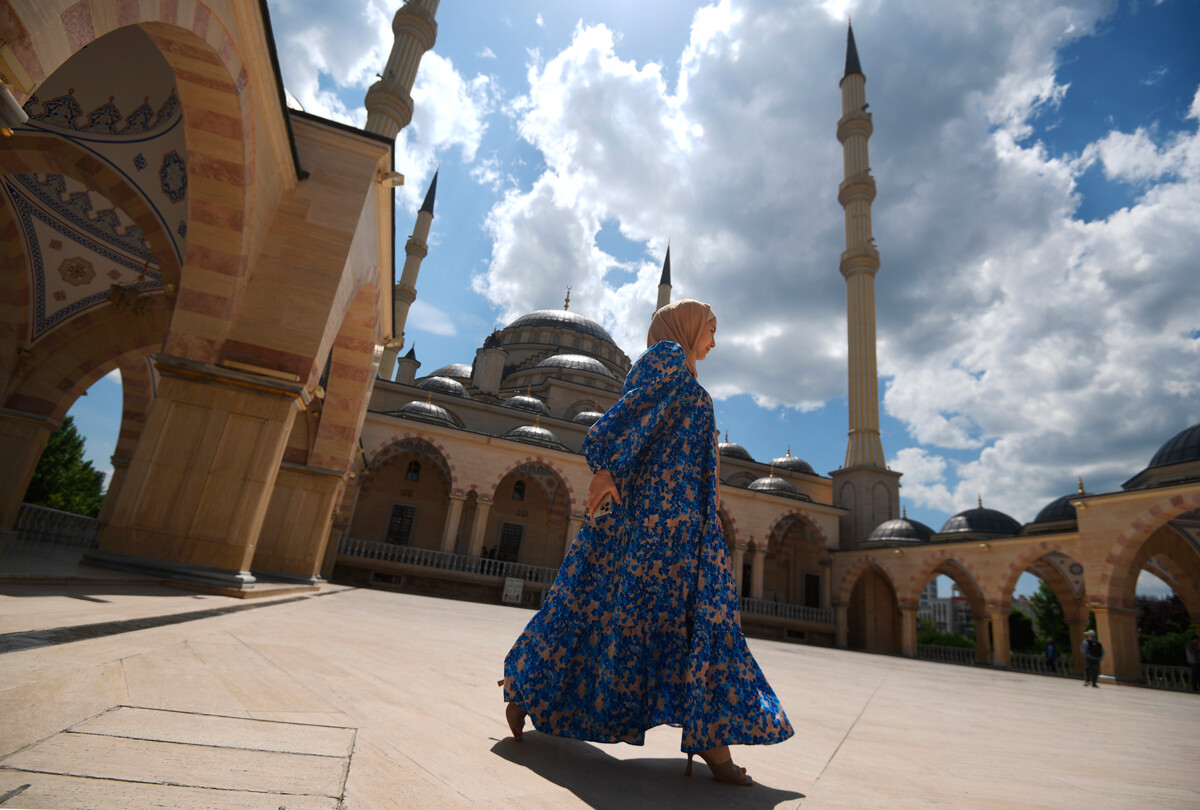 A lady in Grozny, the capital of Chechnya.

Historically, the Caucasus was at the crossroads of the interests of its closest neighbors, Persia (modern Iran), the Ottoman Empire (Turkey) and Russia. In the Caucasian foothills, Russia created the foundation of Cossack settlements and a number of fortresses to protect its southern borders from nomadic raids. At the same time, it looked for new trade routes linking Asia and Europe. Interestingly, many Caucasian peoples (Ossetians, Kabardins, Ingush, Georgians and others) searched for protection under Russian tsars and asked to join Russia. However, for some territories, Russia had to enter into a number of conflicts. The Caucasus finally became Russian only in 1864 after the end of the Caucasian War. In the Soviet years, Caucasusian territories got modern administrative borders and received autonomy inside the big country. After the collapse of the Soviet Union, Georgia, Armenia and Azerbaijan became independent states, but the North Caucasian republics remained part of Russia.

Which Caucasian territories are part of Russia? 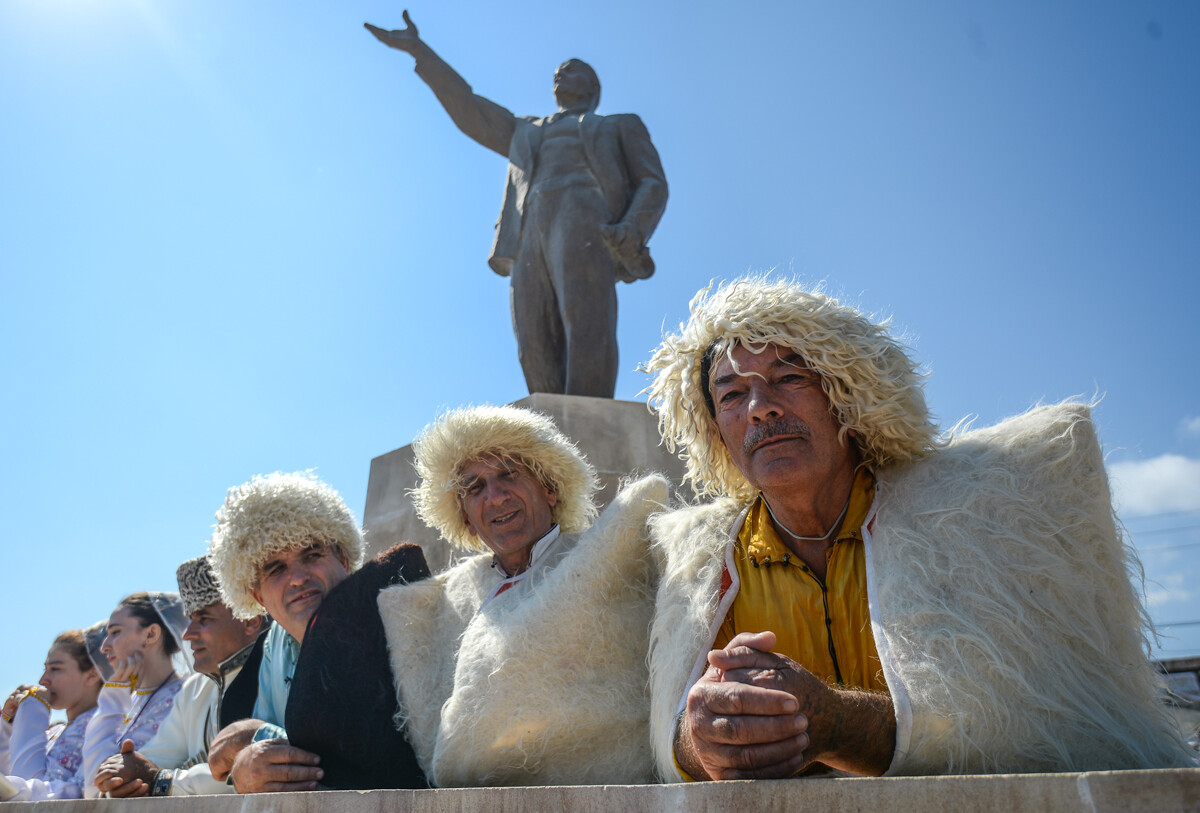 A festival of Dagestan peoples in Derbent.

There are seven republics in the North Caucasus:

Besides Russian, local languages that are used on official level are established in the republics. For example, in Karachay-Cherkessia, these are Abazin, Karachai, Nogai and Circassian languages. But, Dagestan is, of course, the champion in multilingualism: it has 14 state languages! And they are all so different that residents of neighboring villages may not understand each other and have to speak Russian to communicate.

Who lives in the Russian Caucasus? 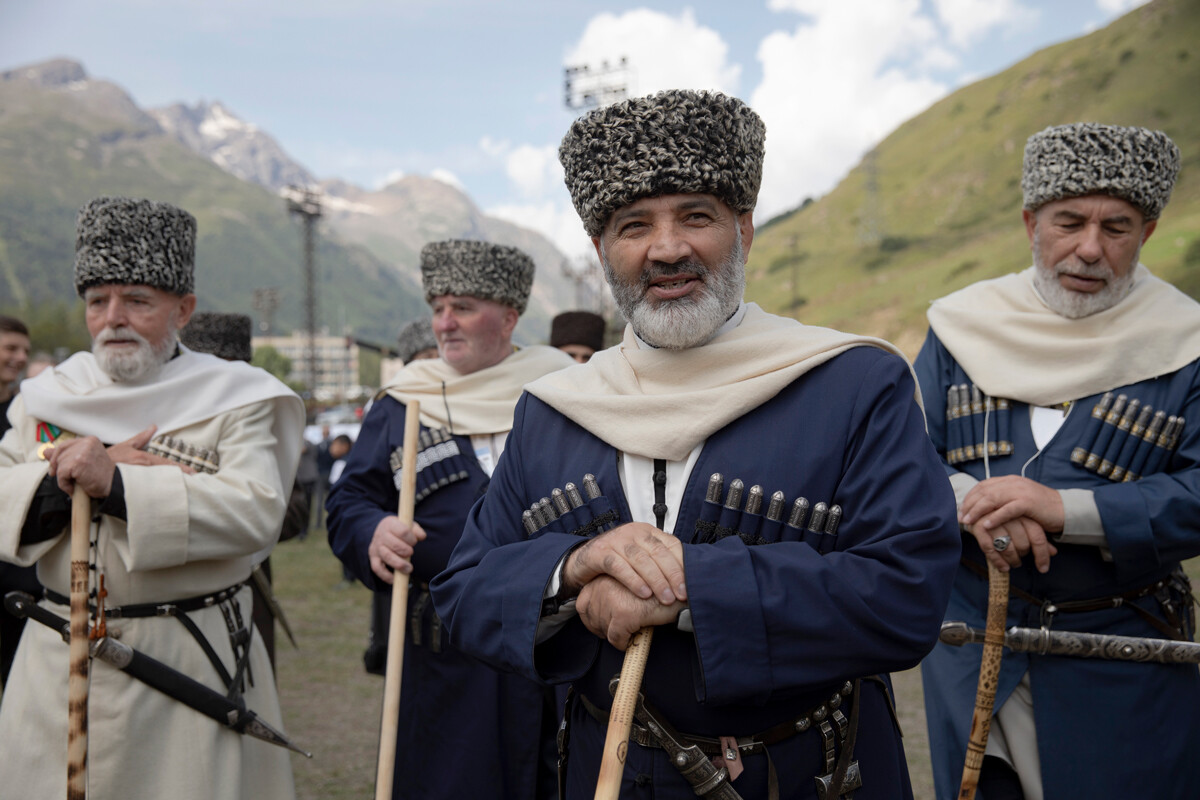 A festive event in Kabardino-Balkaria.

The North Caucasus is the most populous area of Russia. According to the 2010 census, about 15 million people live there, belonging to 50 ethnic groups.

Besides Russians, among the largest peoples are Chechens, Circassians, Avars, Dargins, Ossetians, Ingush, Kumyks and Lezgins (learn more about them here). Interesting to note that most Caucasians are Muslim, but among Ossetians, Orthodoxy is more widespread.

Nevertheless, the peoples of the Caucasus have much in common even today. They retain a predominantly traditional way of life: they prefer to live in their own homes instead of apartments (it has the lowest urbanization level in the country), they are most often engaged in agriculture and they have more conventional views on families (often their elder relatives are involved in choosing a future spouse). Their traditional costumes are also similar: for example, men wear the Circassian long jacket with gazer pockets (more here), and women wear long narrow dresses and bright shawls (more here).

What about the economy? 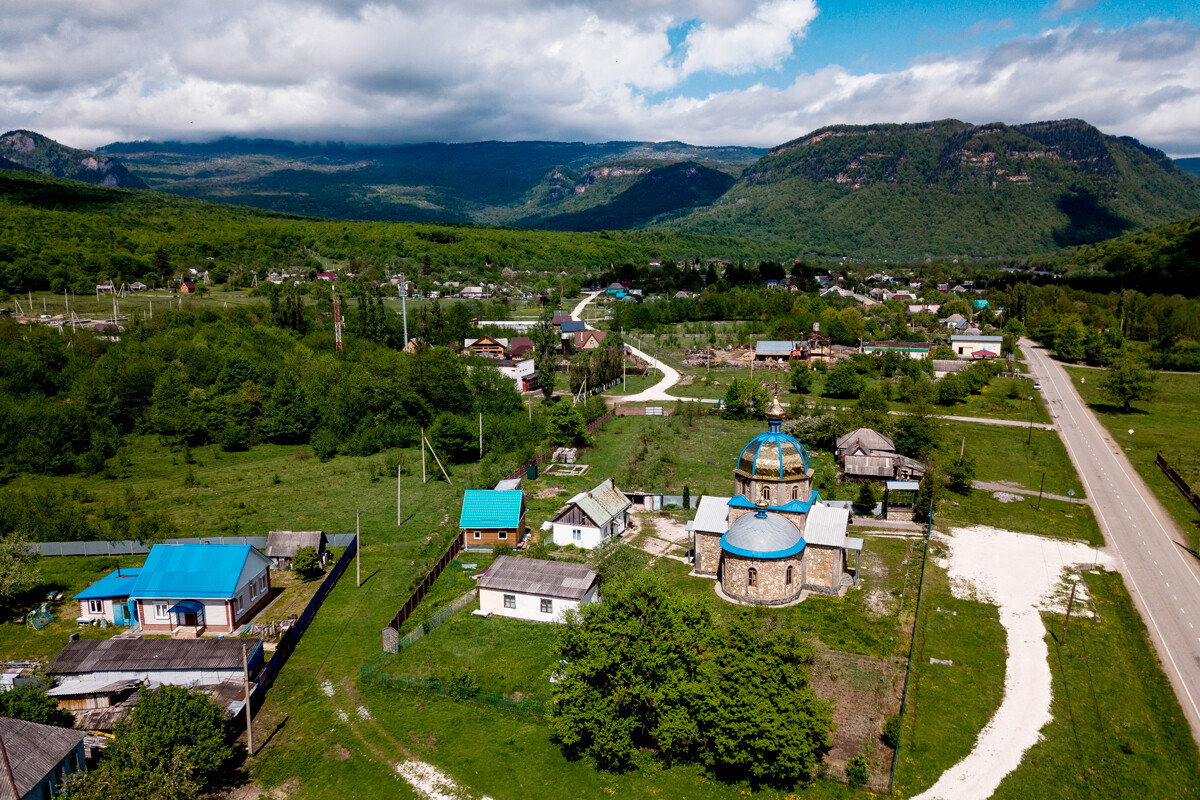 The view of Adygeya.

The North Caucasus is mostly agro-industrial. There’s a warm climate and good soil, which allows for the cultivation of large amounts of fruits, vegetables and grains. But, in addition, the North Caucasus is now the most popular tourist destination of the country. Resort cities on the sea and in the mountains were created here back in tsarist times and, in the Soviet years, tourism became a mass phenomenon.

Modern Russians come to the North Caucasus to relax by the sea, to be treated in spa sanatoriums with natural mineral waters, to go skiing in winter and hiking in summer. And all year round - to admire those beautiful sunsets in the mountains!