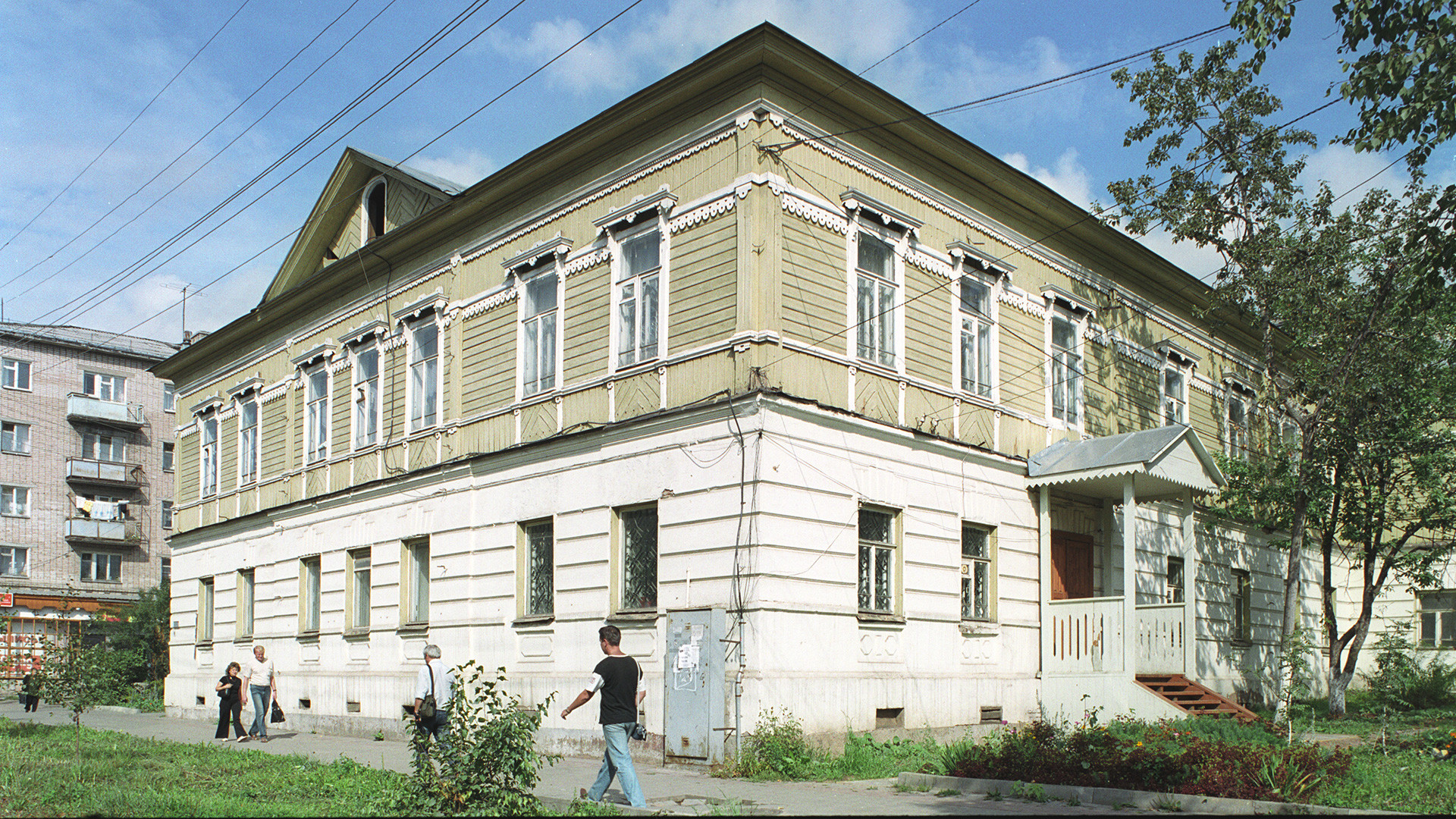 In June and July of 1909, the Russian chemist and photographer Sergey Prokudin-Gorsky received a commission from the Ministry of Transportation to photograph the Mariinsky Waterway System in northwestern Russia.

The water route chosen connected some of Russia’s most ancient archeological sites and also illuminated important episodes in the development of St. Petersburg, founded in 1703 and designated the capital of Russia in 1712. Faced with the challenge of supplying the new capital with grain and other essential commodities from the interior of the country, Peter the Great initiated the development of a transportation network that connected St. Petersburg with the Volga River basin.

This waterway was further expanded during the reign of Emperor Paul (1796-1801), and in 1799 it was named the Mariinsky Canal in homage to his consort, Empress Maria Feodorovna. The system extended from the Neva River at St. Petersburg to Lake Ladoga, then via the Svir River to the southern part of Lake Onega.

Beyond Lake Onega, the waterway turned south up the Vytegra River, which was connected by a canal to the Kovzha River flowing south to the White Lake (Beloe ozero). That lake, in turn, is drained by the Sheksna River, which ended at the important grain port of Rybinsk on the Volga. Thus St. Petersburg could be connected to the vast resources of the Volga River basin.

A center of commerce 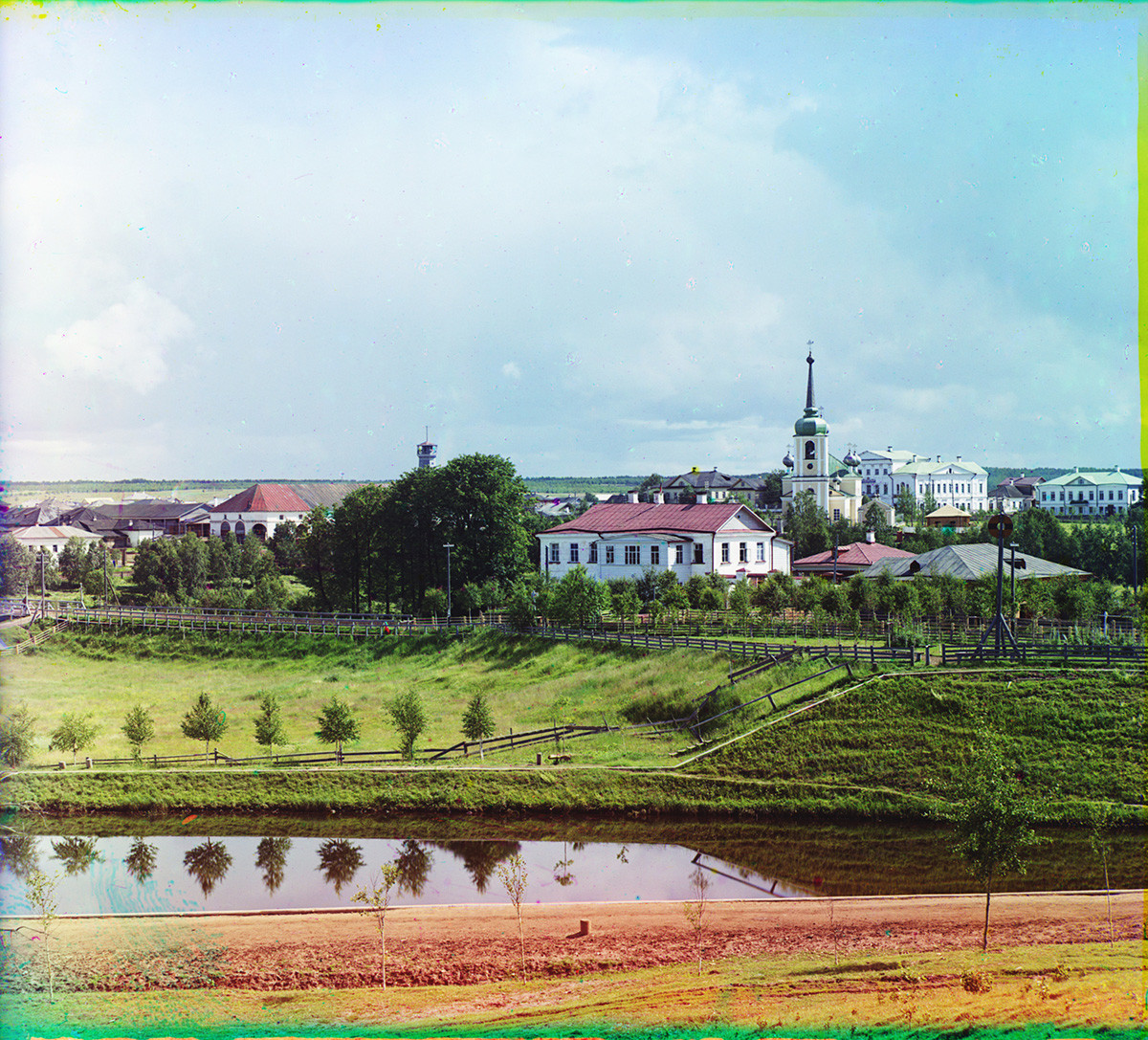 A major point on Prokudin-Gorsky’s Mariinsky Canal itinerary was the town of Vytegra, named after the river on which it is situated. Today, the small town of Vytegra (population around 10,000) in the northwestern corner of Vologda Province might seem like remote territory. However, with the completion of the Soviet-era Volga-Balt Canal in the early 1960s, Vytegra found itself roughly at the midpoint of a great waterway linking Moscow and Leningrad (now St. Petersburg).

Indeed, one could argue that Vytegra is among the most visited places in Russia, apart from Russia’s two greatest cities. Every summer, thousands of tourists who take popular river boat cruises between Moscow and St. Petersburg pass directly under the gaze of Vytegra. I have taken the trip more than once, but my most extensive visit to the Vytegra region was by road from Kadui (near Cherepovets) in August 2006 - almost a century after Prokudin-Gorsky. 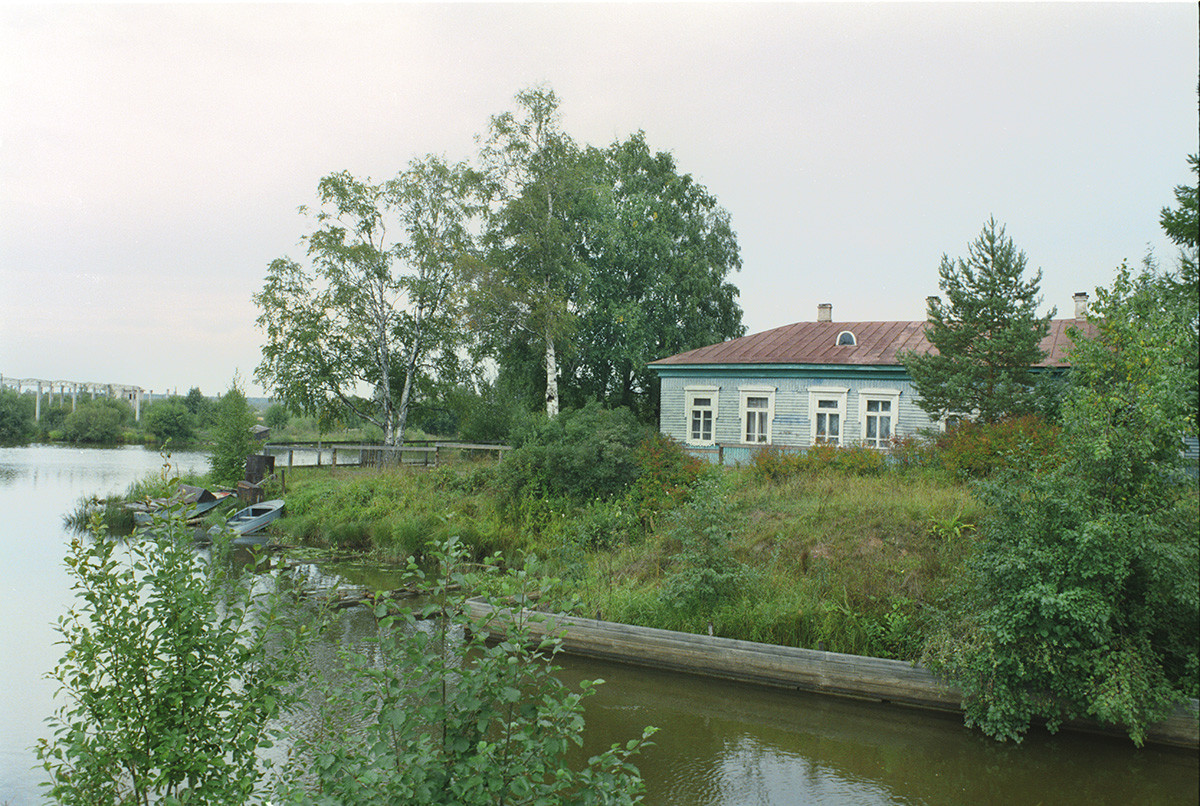 The first reference to Vytegra occurred under the year 1496, when the settlement was a point on a trading route between the medieval trading center Novgorod the Great and the Sheksna River basin.

In 1710, a small boatyard was built on the nearby Vyangi Stream (a tributary of the Vytegra) to serve traffic on the arduous trek between the fledgling capital of St. Petersburg and Russia’s earlier “window on the West,” the White Sea port of Arkhangelsk, founded in the late 16th century.

With the gradual development of the waterway southward, the settlement increased in size. In 1773, Catherine the Great approved its designation as a town (an important legal status) and returned the name “Vytegra,” after its main river. By 1776, Vytegra had become the administrative center of a large region extending beyond the Vytegra River basin, Indeed, the town came to be seen as a rival to Petrozavodsk on the western shore of Lake Onega (now the capital of the Republic of Karelia). 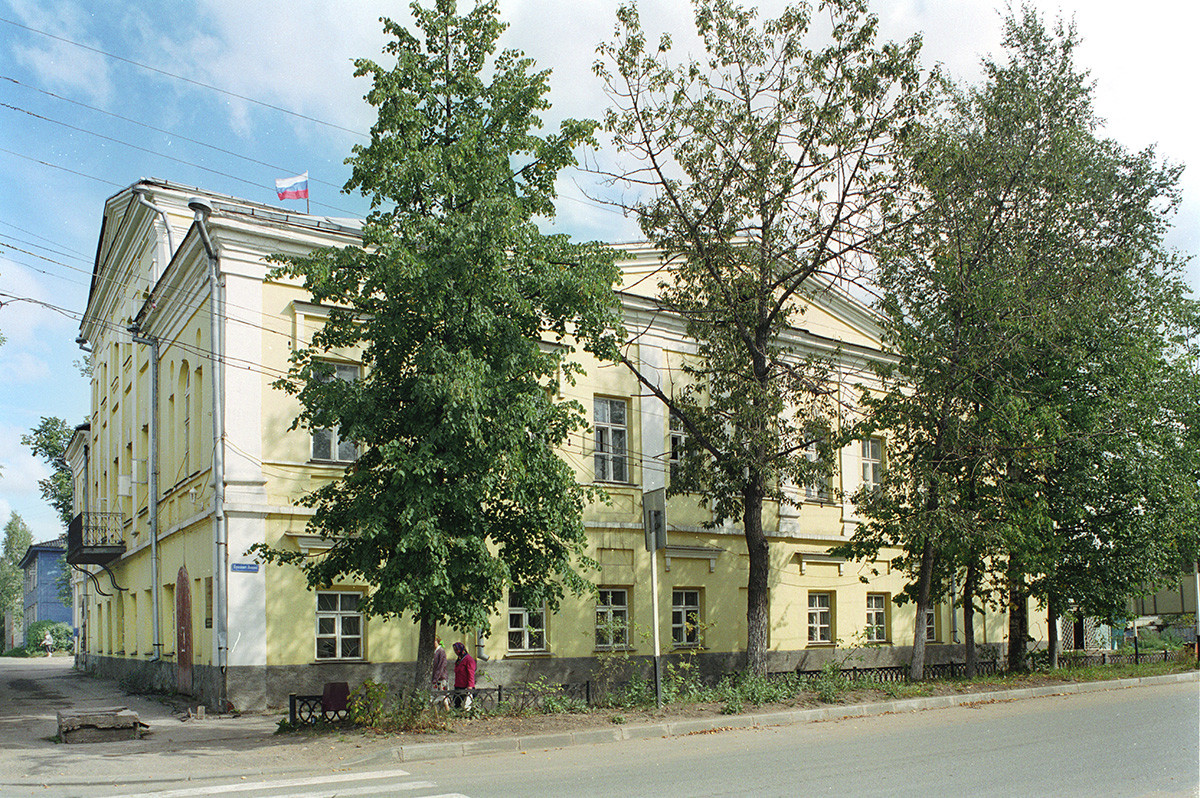 A major boost to the fortunes of Vytegra occurred in 1810 with the formal opening of the Mariinsky Canal system, which had a complex series of locks in and around the town. Each of the locks was named after a saint. Major improvements were undertaken in the 1890s.

Until the 20th century, the Vytegra’s buildings were primarily of wood, as was typical in the Russian provinces. Nonetheless, the town’s prosperity as a trading hub on a major canal enabled the construction of several substantial brick structures by the turn of the 20th century. 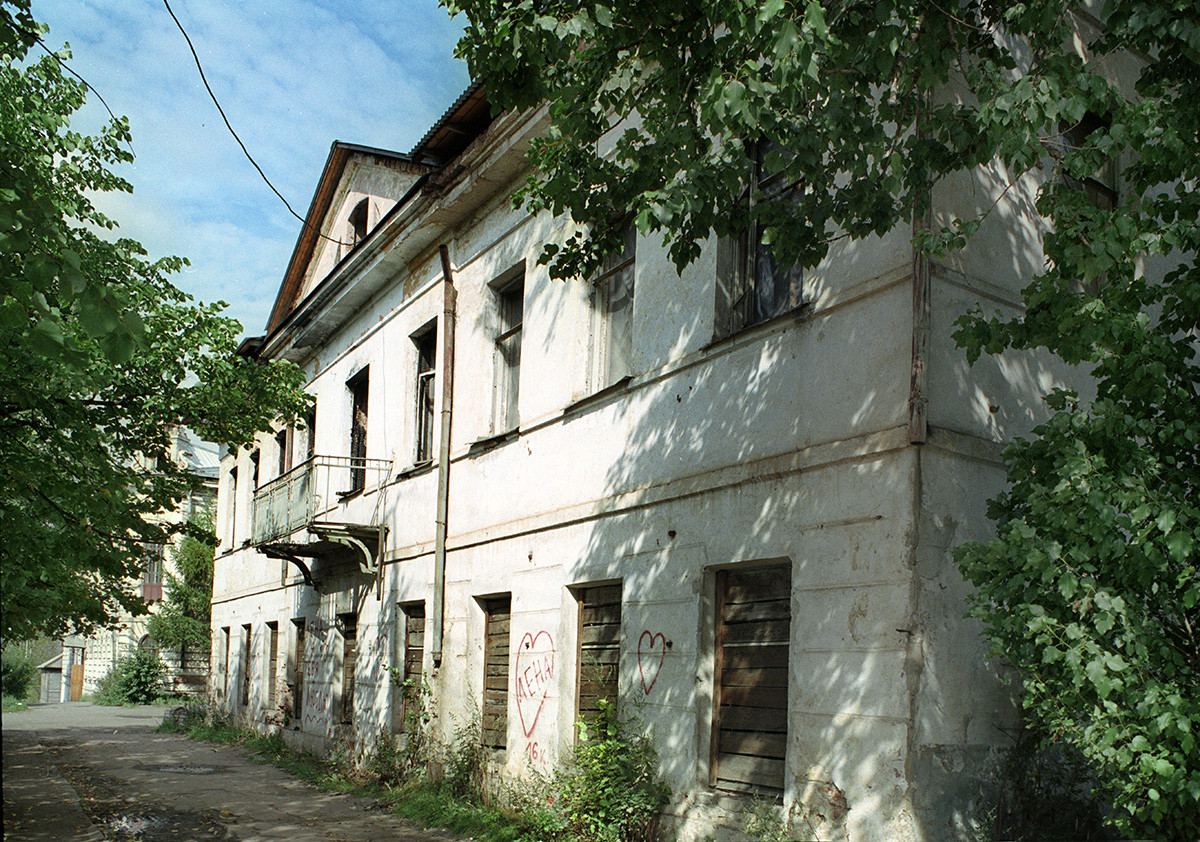 Prokudin-Gorsky’s general views included administrative buildings, merchant houses, schools and churches. As my photographs show, some of these buildings have been preserved, while others have been demolished or altered beyond recognition. 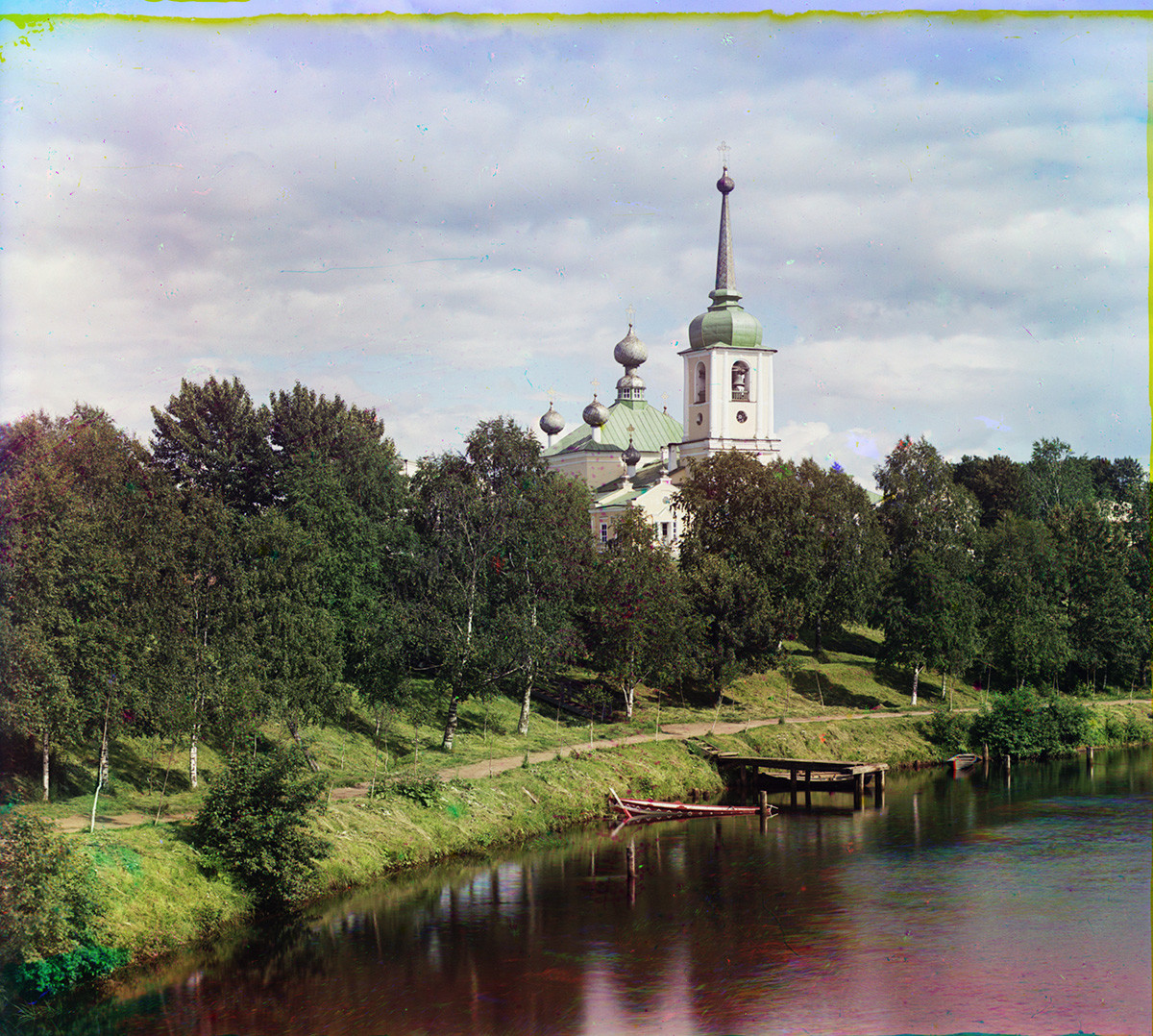 A prime example is the Cathedral of the Resurrection, built during 1796-1800 in a style mixing simplified elements of the baroque and neoclassicism. In two of Prokudin-Gorsky’s photographs, the cathedral is partially visible from the west, with its bell tower and spire. 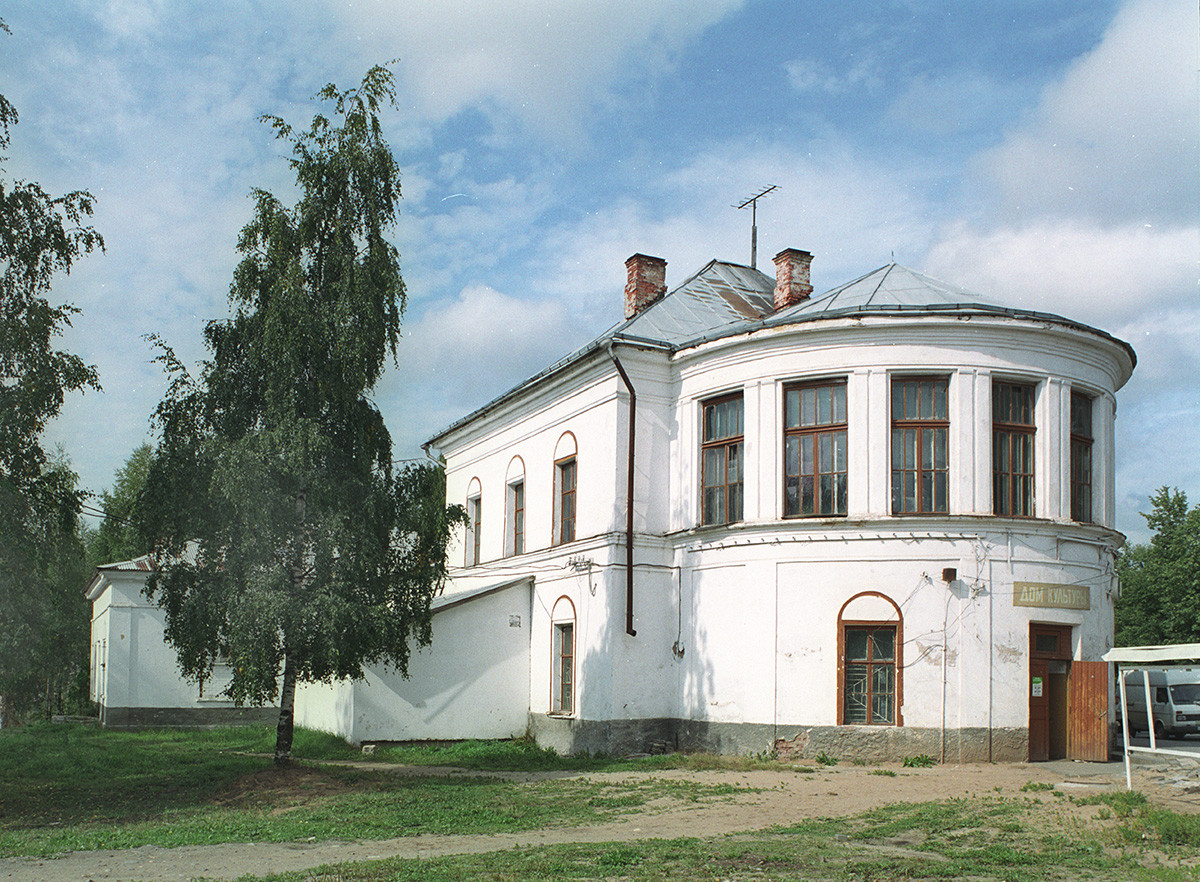 During the early Soviet period, the cathedral was closed and eventually converted into a club for boatmen - subsequently the House of Culture. As a comparison of Prokudin-Gorsky’s photograph with mine reveals, this conversion involved razing the bell tower and removing the upper structure with its cupolas in order to erase signs of its previous religious function. 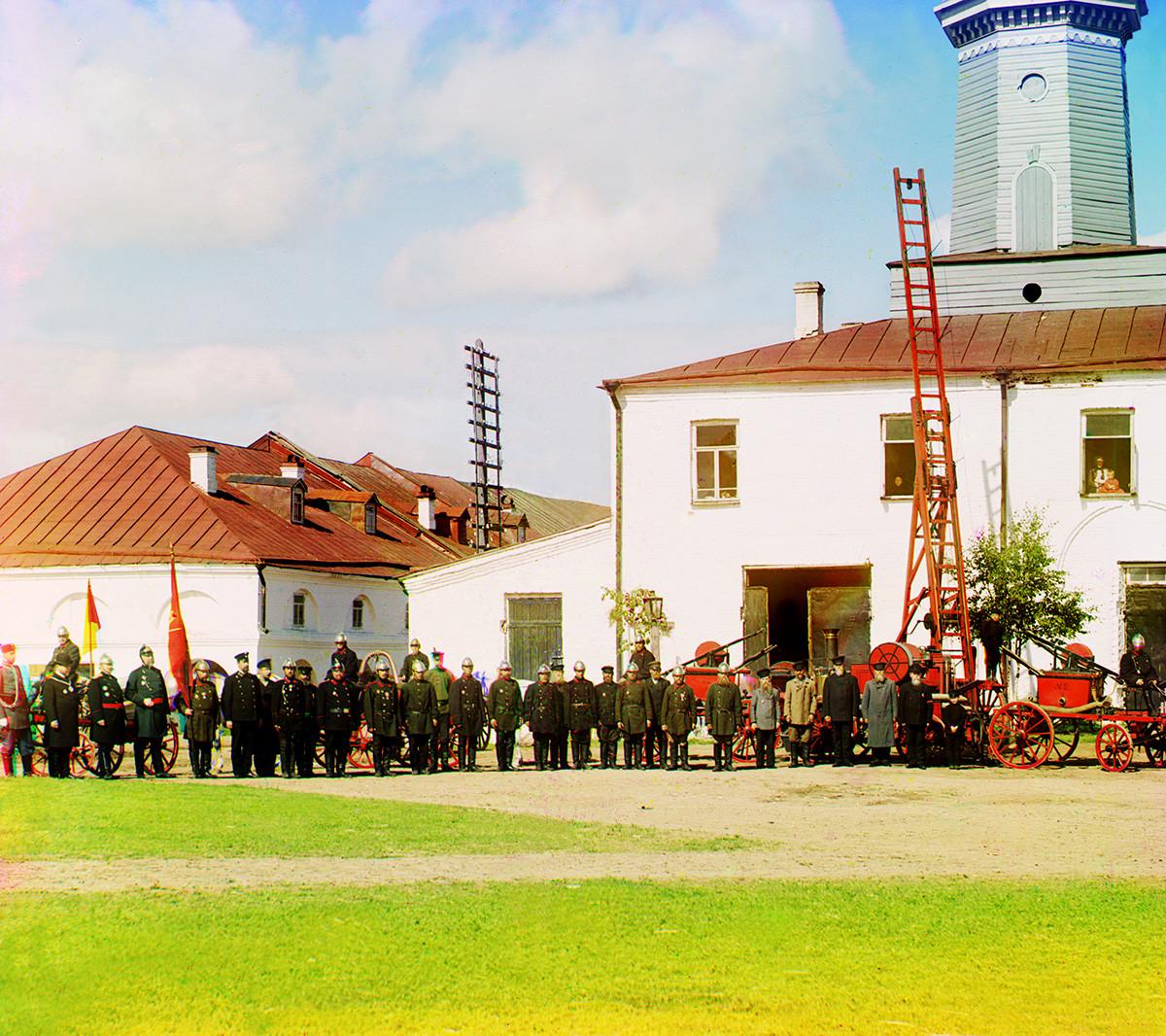 Prokudin-Gorsky also photographed the main fire station, with its large watchtower. During the Soviet period, the tower was destroyed, and the adjacent Trading Rows were substantially rebuilt. 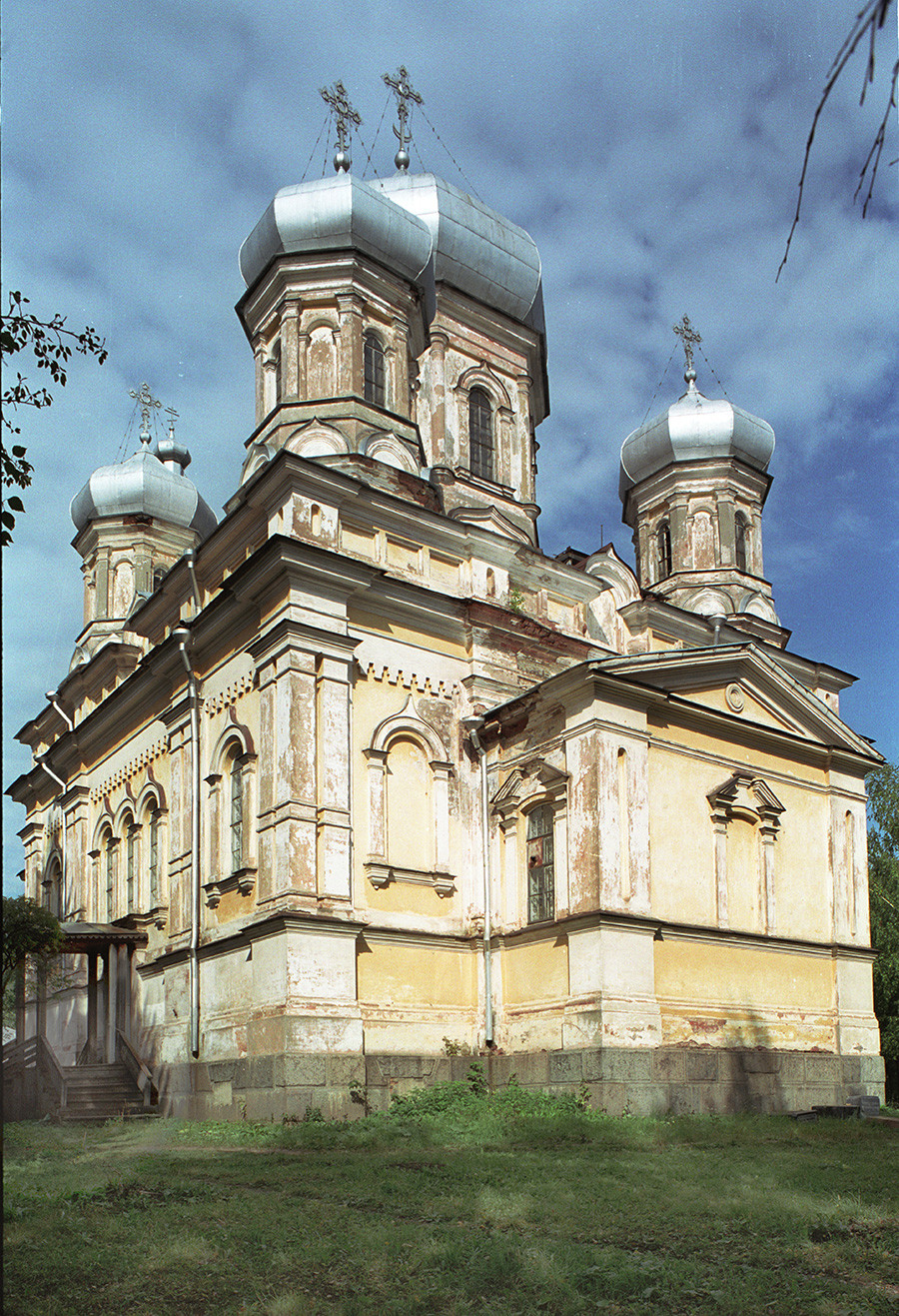 Today, the most prominent architectural monument in Vytegra is the large Church of the Purification, built on the site of an earlier church in a standard “neo-Byzantine” style and consecrated in 1873. During the Soviet period, the building was given to the local history museum, but at least its outward form was preserved. Now the interior has been reconsecrated for use by the Orthodox Church. 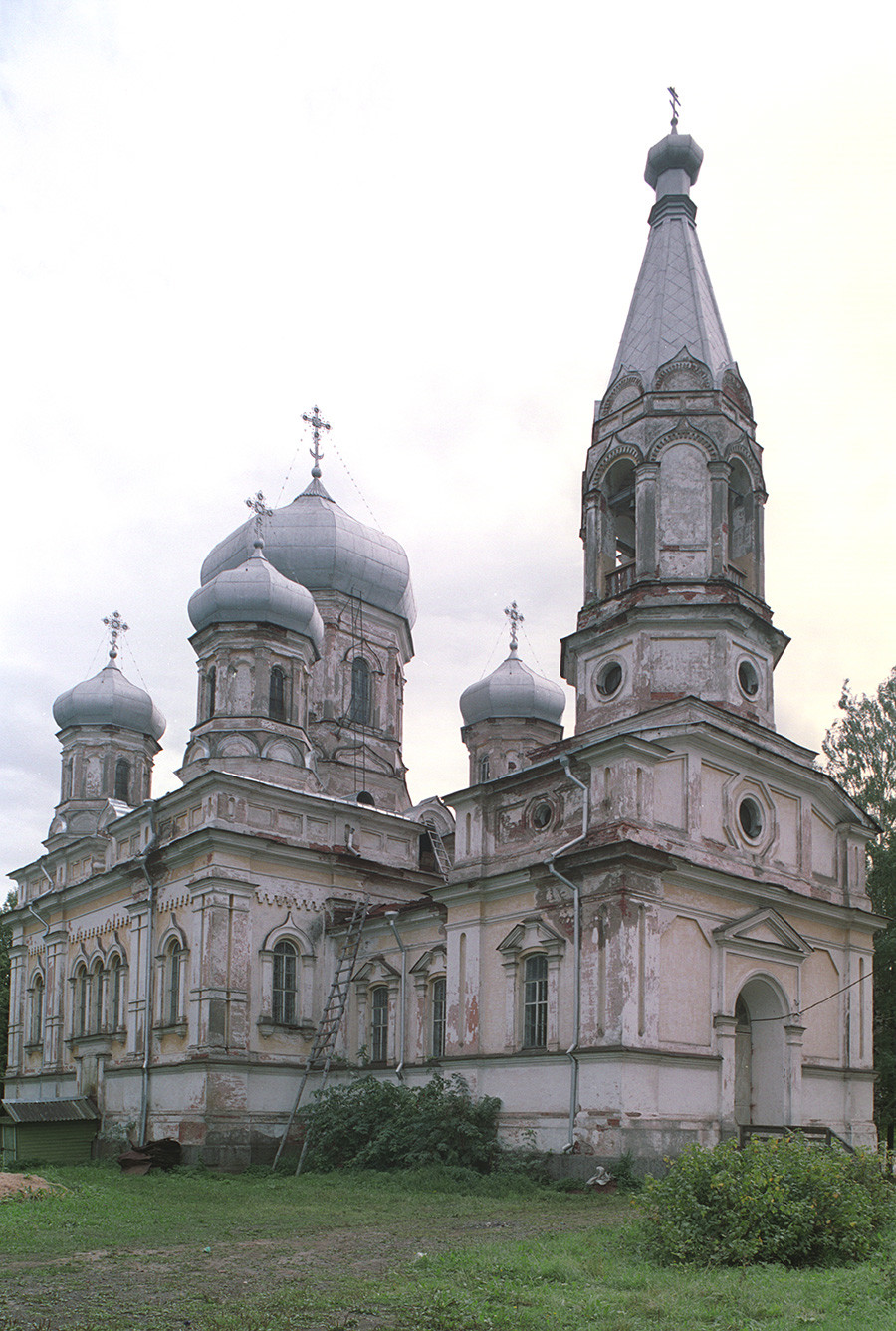 Alas, Prokudin-Gorsky did not photograph the Church of the Purification. In his day, the Mariinsky Waterway followed the Vytegra River as it wound through the center of town. He placed his bulky camera on the south side of the canal and photographed toward the north. The church would have been to his back.

During the 1950s, the much larger Volga-Balt Canal was shifted southward to a direct cut that bypassed the town center, a move that resulted in the Church of the Purification standing to the north of the new canal. Its cupolas are now visible from the cruise boats that pass through the Vytegra canal locks. 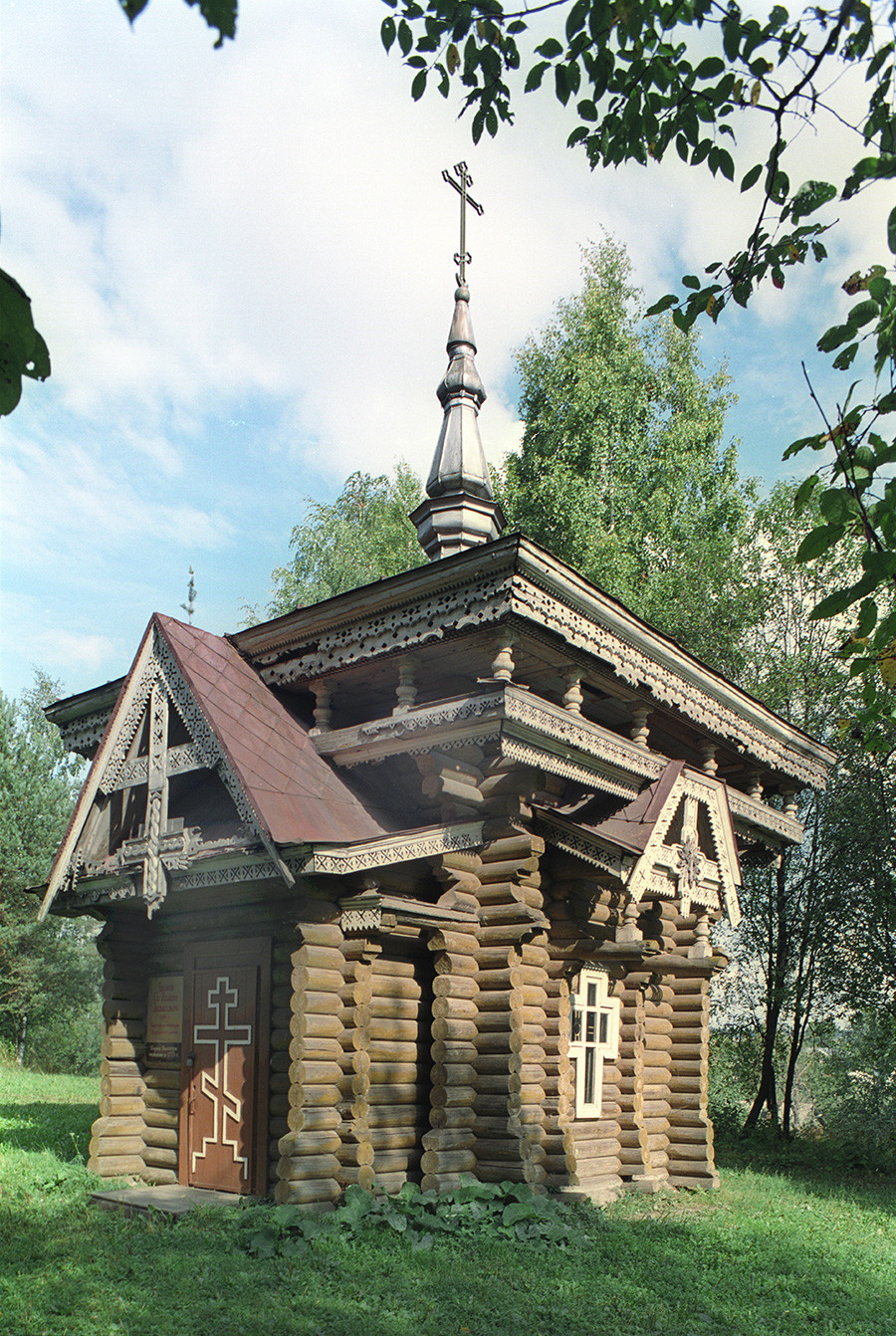 For those who leave the boat to explore the town, a delightful surprise is in store on the church grounds. The diminutive Chapel of St. Isaac of Dalmatia, built in 1881, was originally located to the south of town on a promontory known as Conversation Hill. Its name was derived from a meeting that is said to have occurred between Peter the Great and local people during which the tsar spoke about his dream of a canal linking the Vytegra and Kovzha Rivers.

With the final stages of Volga-Balt construction and the filling of the Vytegra Reservoir in 1961, this festive log chapel was threatened with inundation. Fortunately, it was dismantled and moved to its current location. Now an active chapel, it is an obligatory site for newlyweds to visit and be photographed. 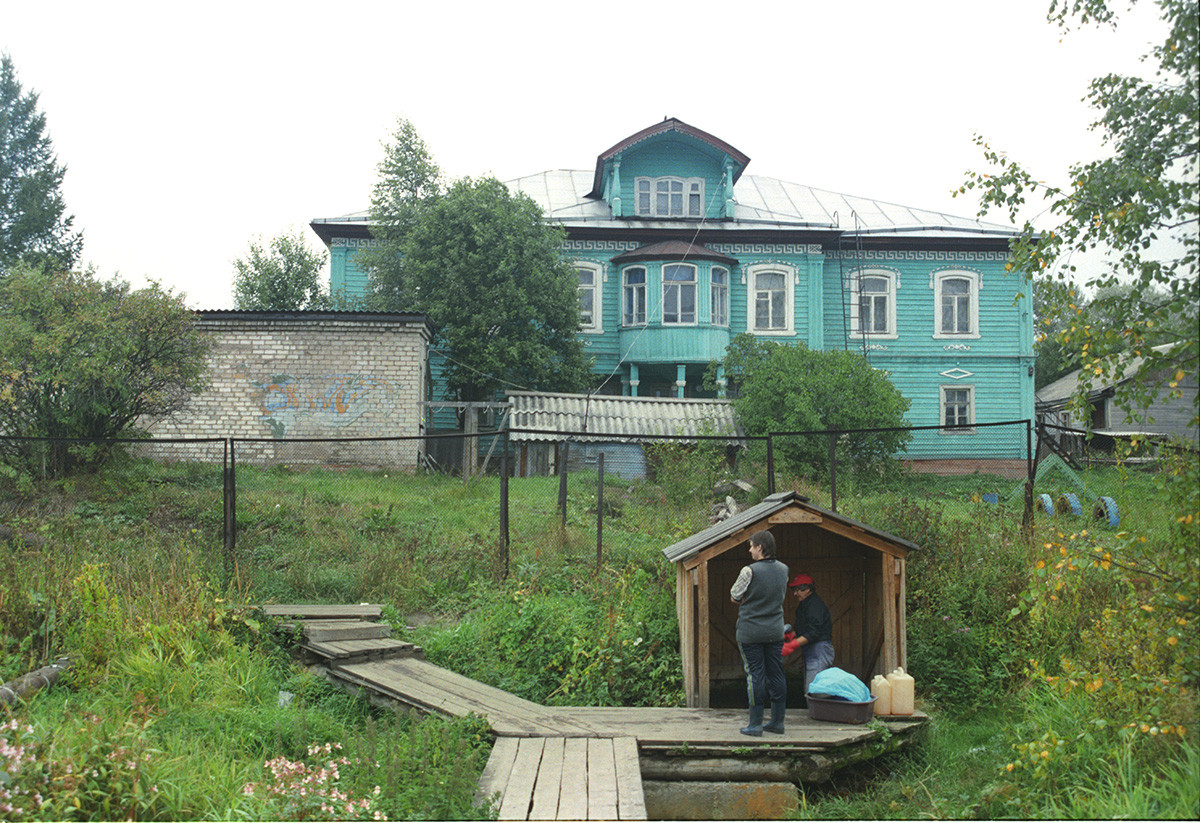 During my visit in 2006, the center of Vytegra still had several buildings from the 19th and early 20th centuries. (At the end of the 19th century, Vytegra had 17 brick and 470 wooden houses.) 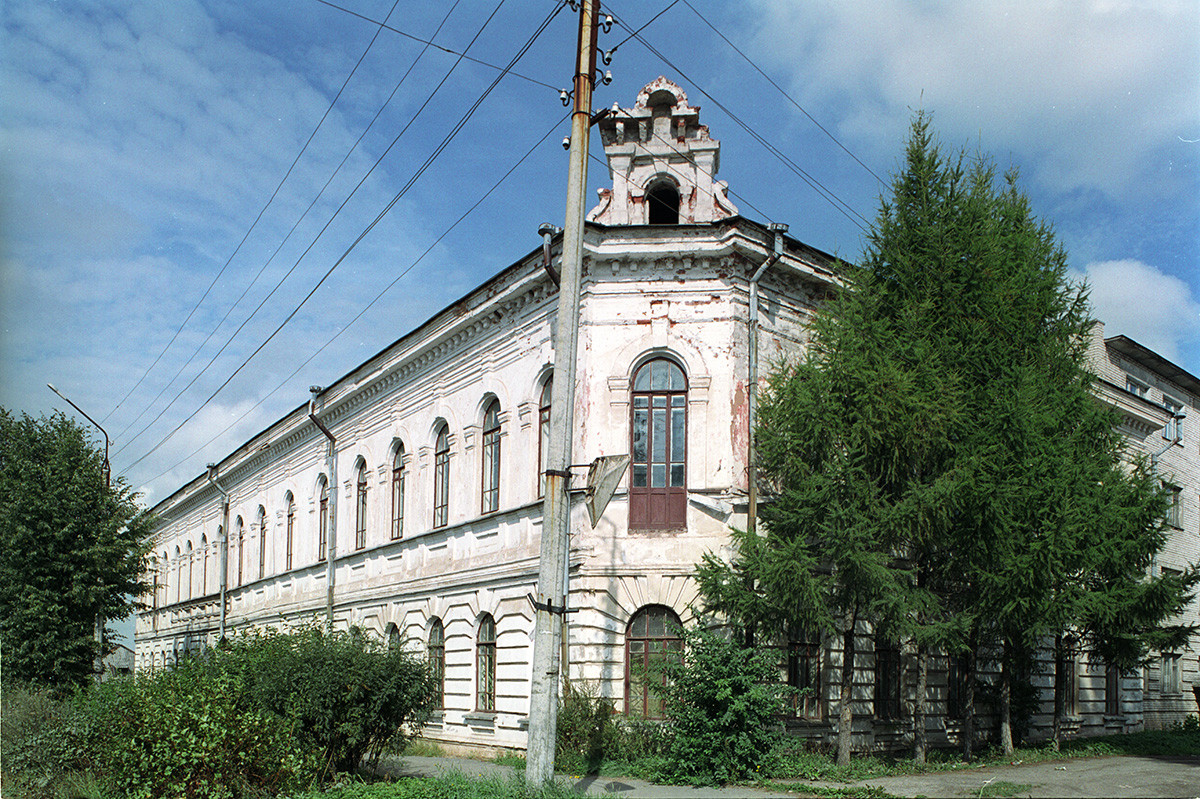 My favorite is the wooden Matveeva house, built in 1879 and subsequently donated by the widow E. I. Matveeva in memory of her merchant husband as a refuge for indigent elderly. 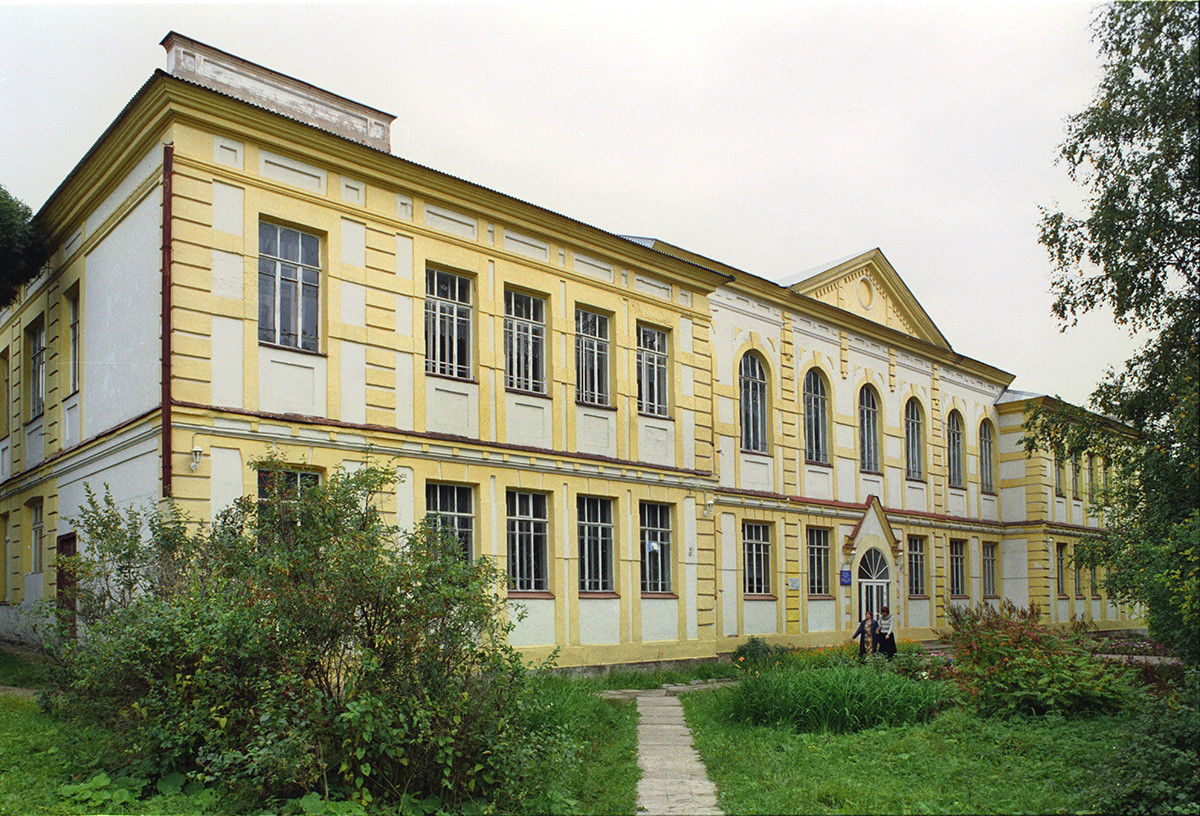 In the Soviet period, the Matveeva house was converted to a kindergarten, a function that it still serves. It acquired the name Wonder House (chudo-dom) from the children because of its idiosyncratic design, with balconies, porches and garret windows overlooking the Vyangi Stream. 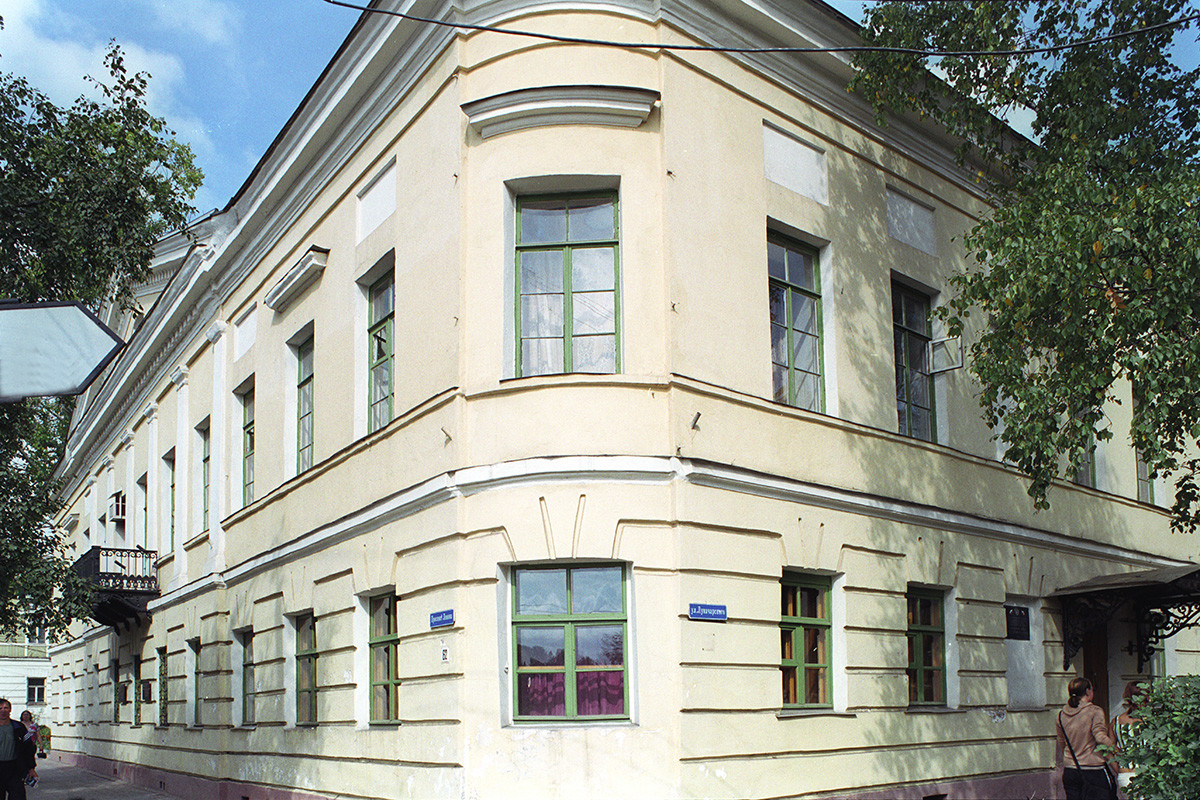 Just below the house, a natural source bubbles up under a wooden pavilion where locals come for the pure water. Standing these many decades, the Matveeva house richly deserves its wonderful reputation. 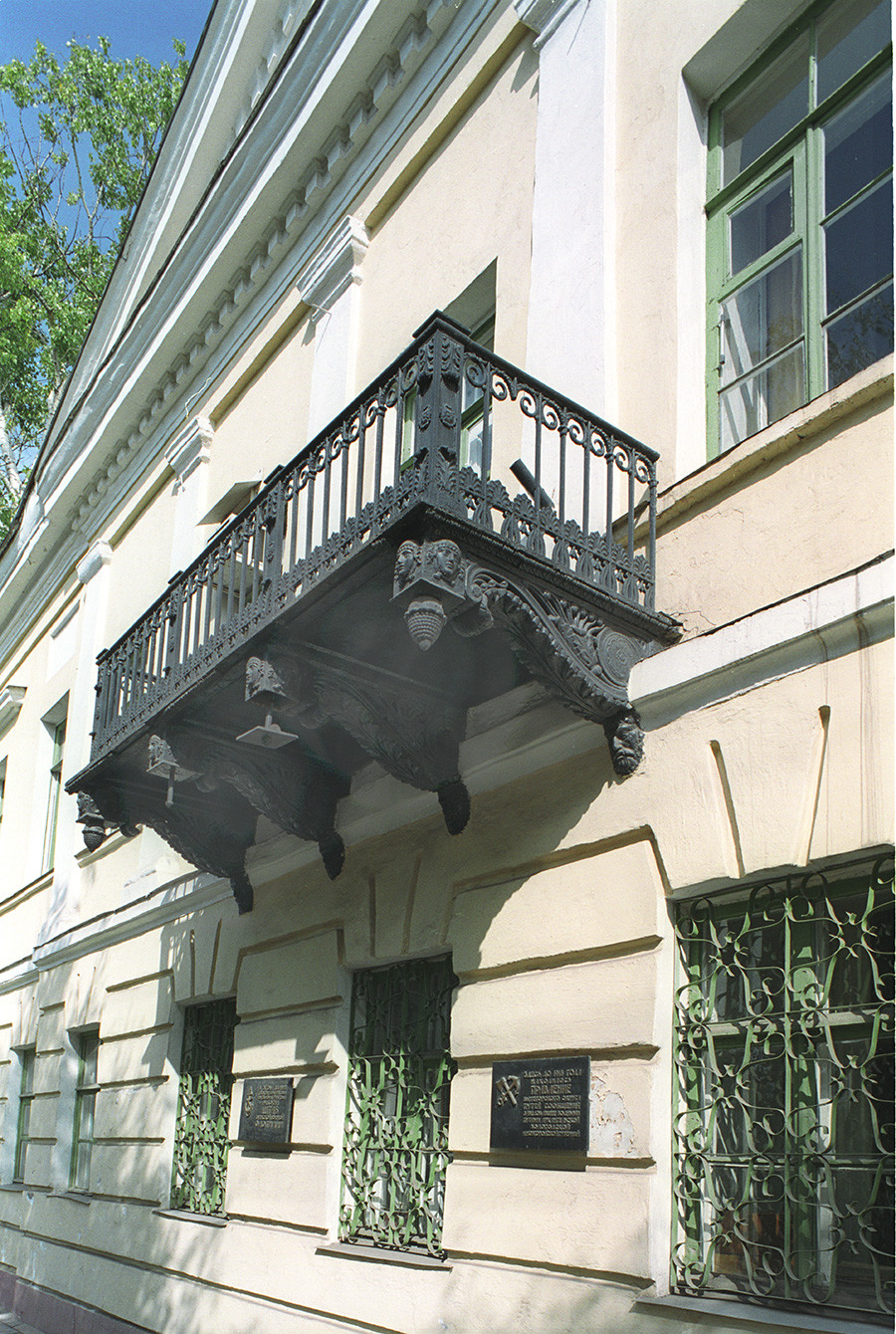