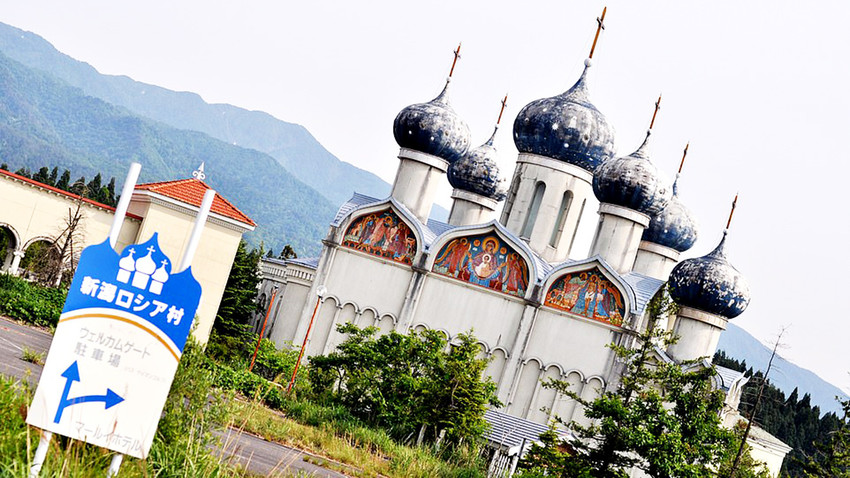 Michael John Grist
Niigata Russian Village has a troubled past. Opened in 1993 to foster relations between Russia and Japan, it closed in 2002 for renovations. The reopening did not salvage the park, and Niigata Russian Village was abandoned six months later. Since then, the venue has attracted vandals and adventurers alike.

A British-American writer and adventurer, Michael John Grist, first arrived at the Niigata Russian Village in Japan in 2008.

The bizarre setting of a remote Japanese backwoods scattered with matryoshkas and Orthodox churches seems even more eerie since it was abandoned. Since then, the Russia-themed park has decayed and attracted the attention of vandals. 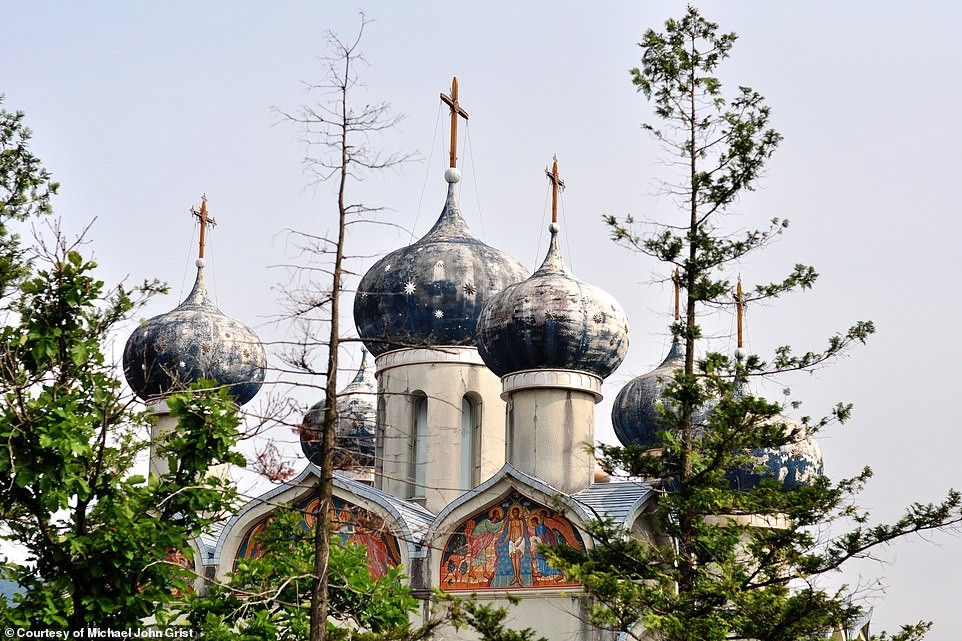 “The endeavor was ill-fated from the start,” wrote Grist when he first visited the place in September 2008, adding that it was “a theme park in the middle of nowhere with no rides.”

He may be right because the eerie photos show battered exteriors and demolished interiors, with no visitors but vandals. 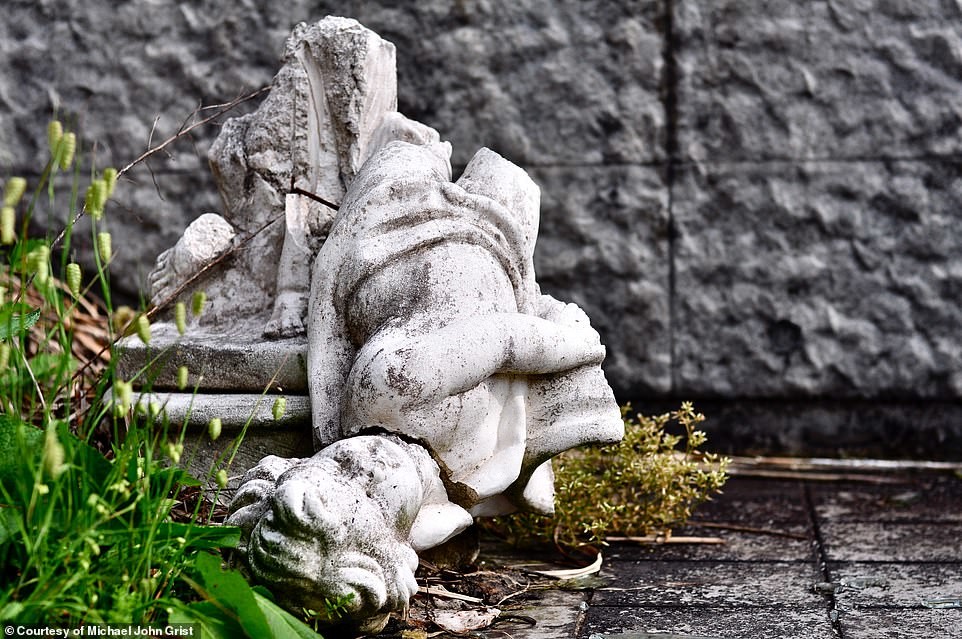 “The vibrant blue onion-domes of the ‘Russian’ church slowly tarnish to white, and the shops once filled with matryoshka dolls and Russian jewelry lie in vandalized ruin,” wrote Grist in his blog. 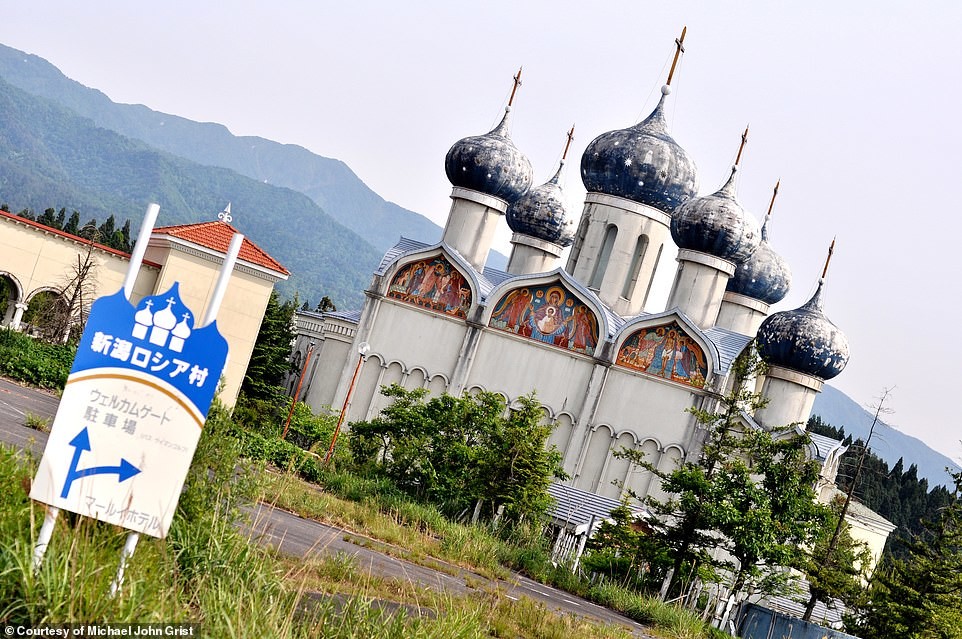 Grist and his three friends entered the park in the darkness because it was not properly marked on their map. One can only imagine the dread that the four friends felt while hanging around the abandoned site in the dark of the night. 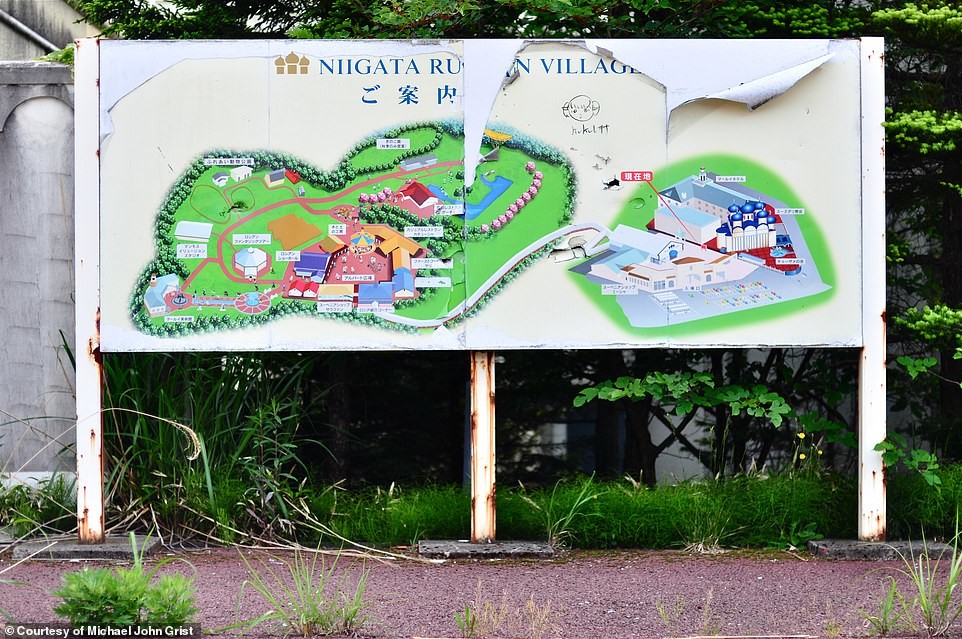 “Haikyo (a Japanese term for exploring abandoned ruins) at night and by day are two different places - one is filled with mystery and intrigue, rippling shadows, noises in the dark- you miss all the detail and nuance, but catch the grand strokes, and the place at its emptiest and bleakest,” wrote Grist. 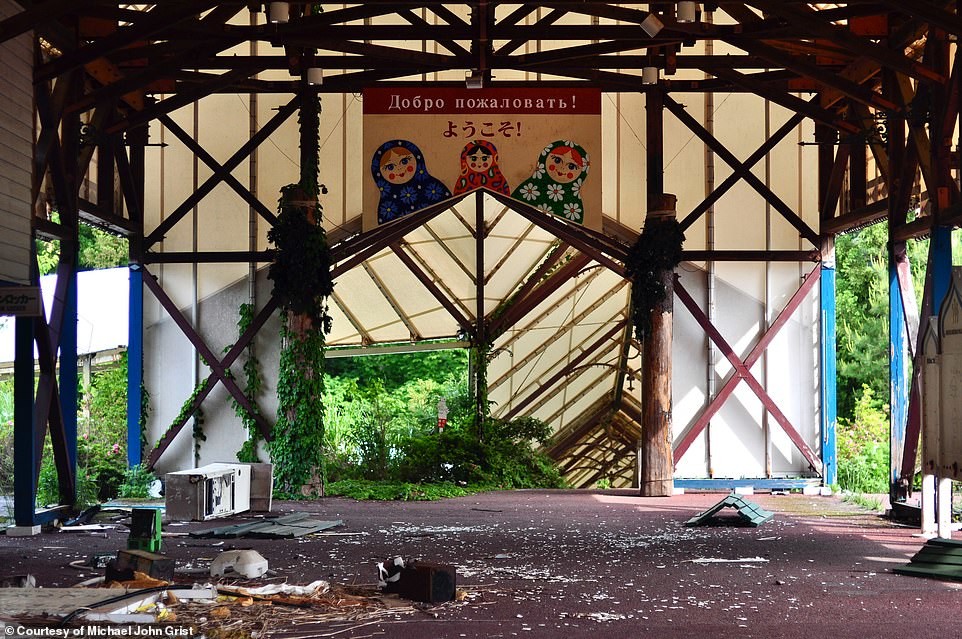 Inside the abandoned church, which replicates a UNESCO World Heritage Site called the Cathedral of the Nativity in Suzdal, Grist and his companions discovered an empty harp box, an accordion, a giant fake pipe organ, and some Bibles in both Japanese and Russian. 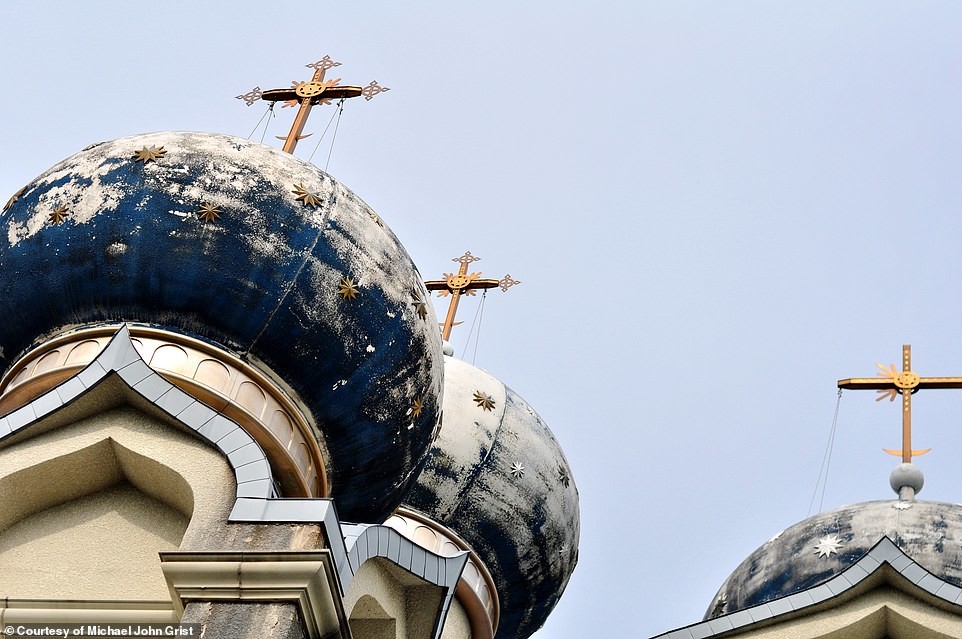 The church’s dome depicting Jesus with a ponytail also intrigued the visitors. 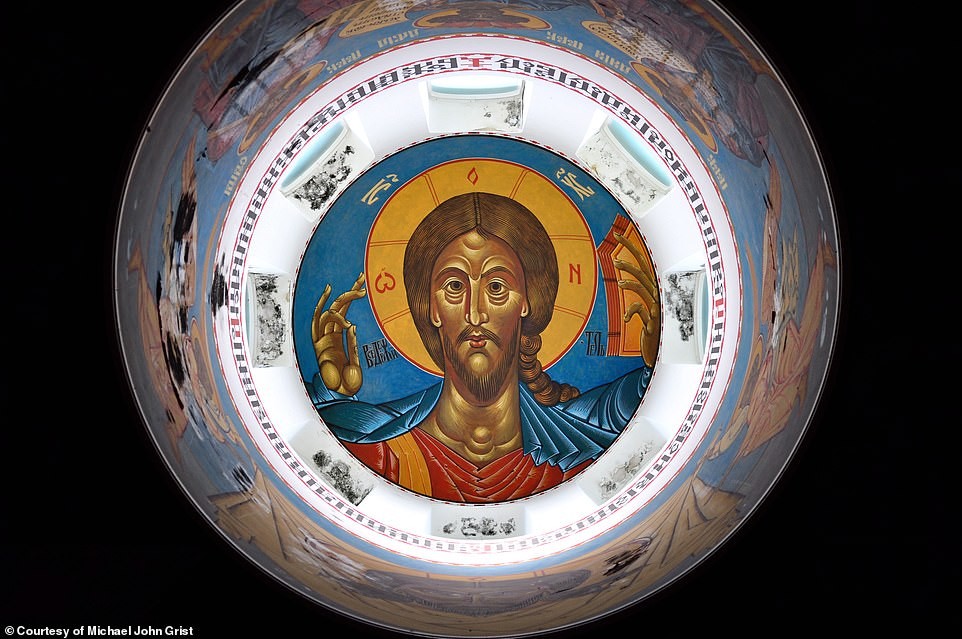 The friends also discovered two mammoths: one was a replica of a mammoth skeleton and the other was a small hairy mammoth on wheels equipped with a saddle so that people could actually ride it. 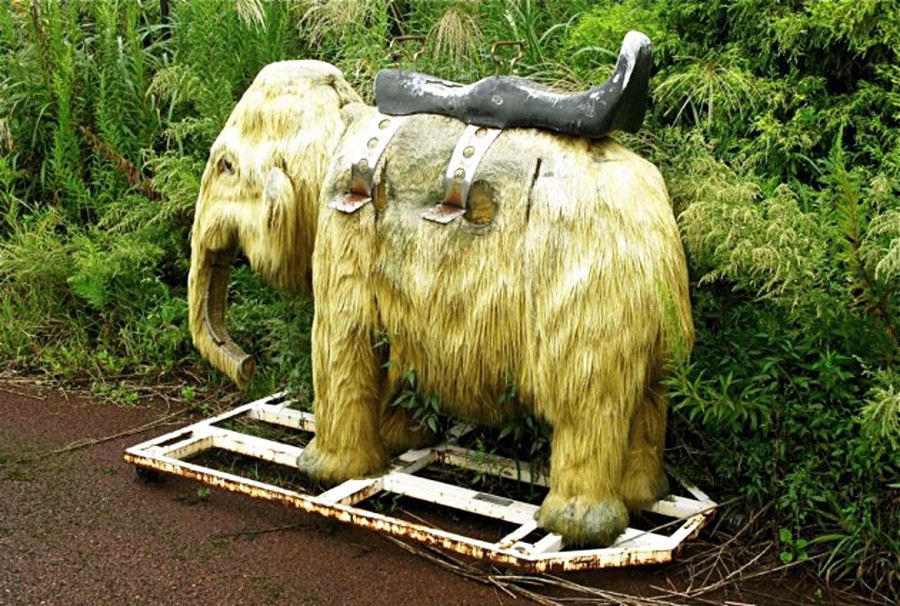 After they toured the site, the four friends went into an abandoned hotel to pick a room and rest. The place was just as eerie as the park itself as vandals had destroyed the interior and even used bed-legs as darts smashing them into walls. 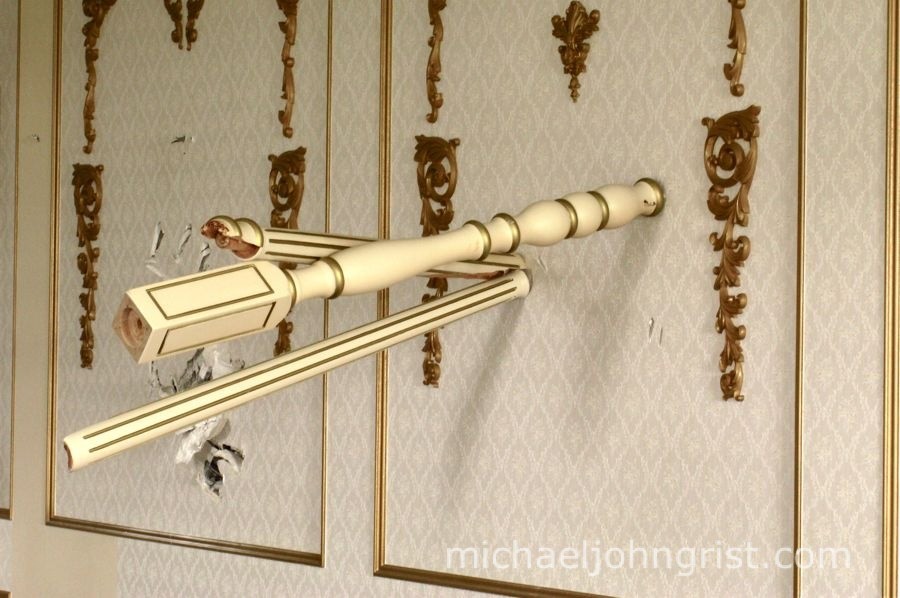 “I had a wonderful sleep, unlike some of the others who barely slept - perhaps the atmosphere was a little too oppressive to sleep easily,” wrote Grist.

Four years later, in 2012, Grist came back to see how the Niigata Russian Village changed. “Not well, it turned out,” wrote Grist. 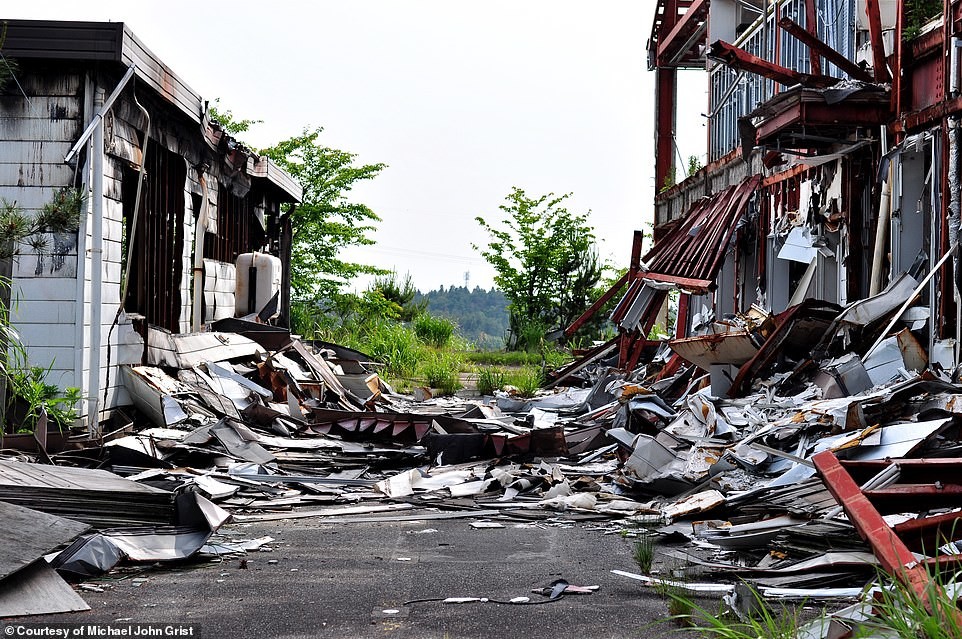 A fire greatly damaged the abandoned hotel where the travelers had stayed four years ago. More damage has been done by vandals who smashed furniture and destroyed the mammoth skeleton. 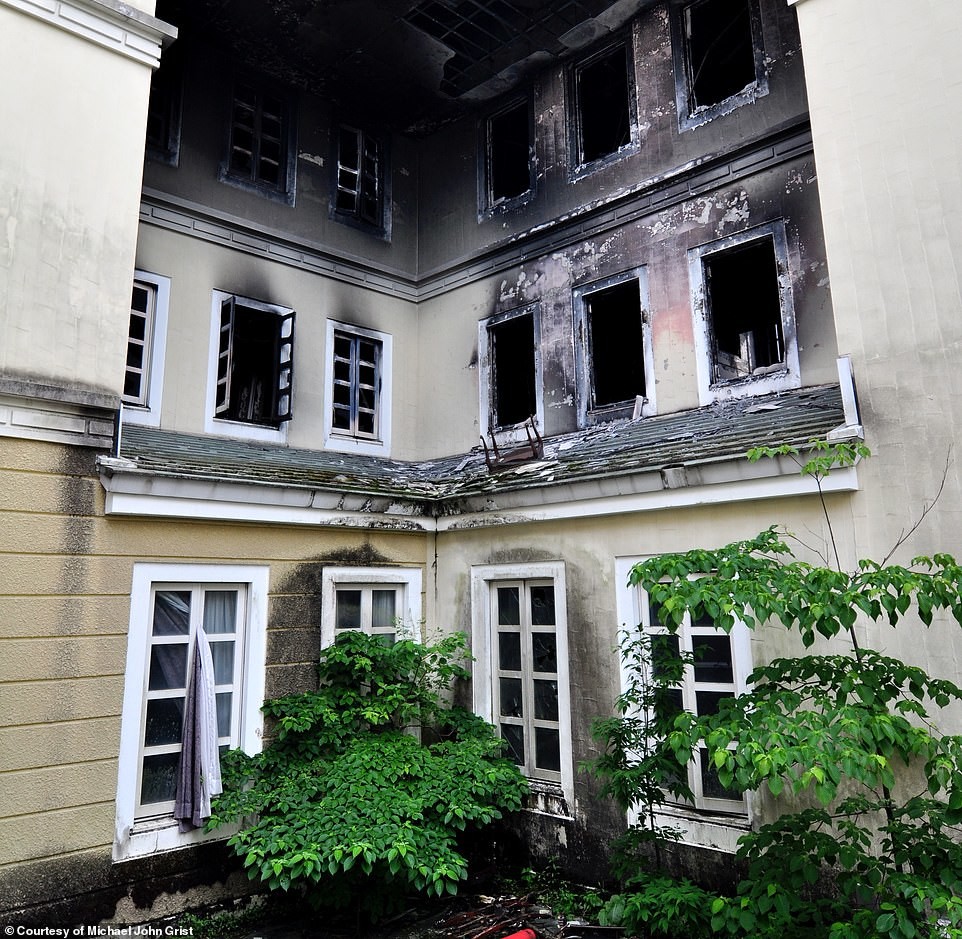 Grist also discovered “poster-boards depicting possible futures for the park, or perhaps even whole new projects.” Needless to say, those plans have not been implemented. 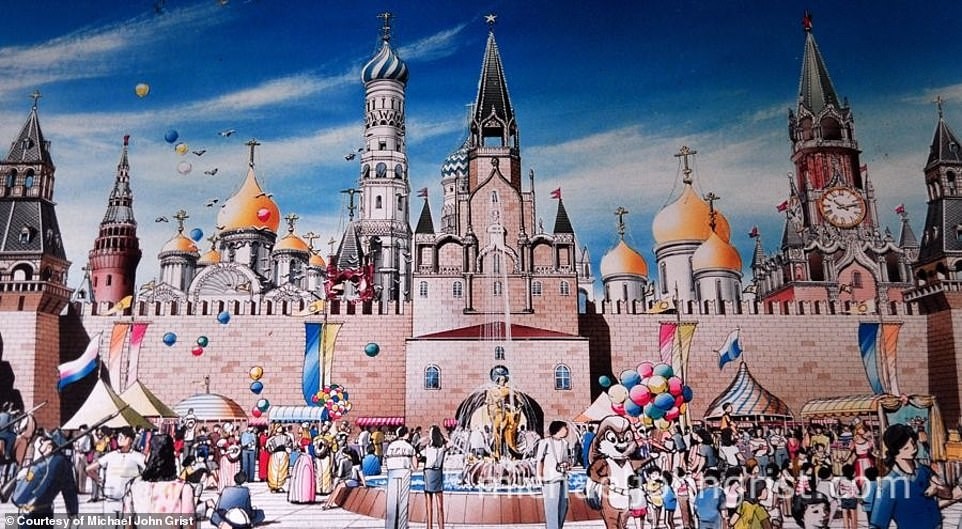 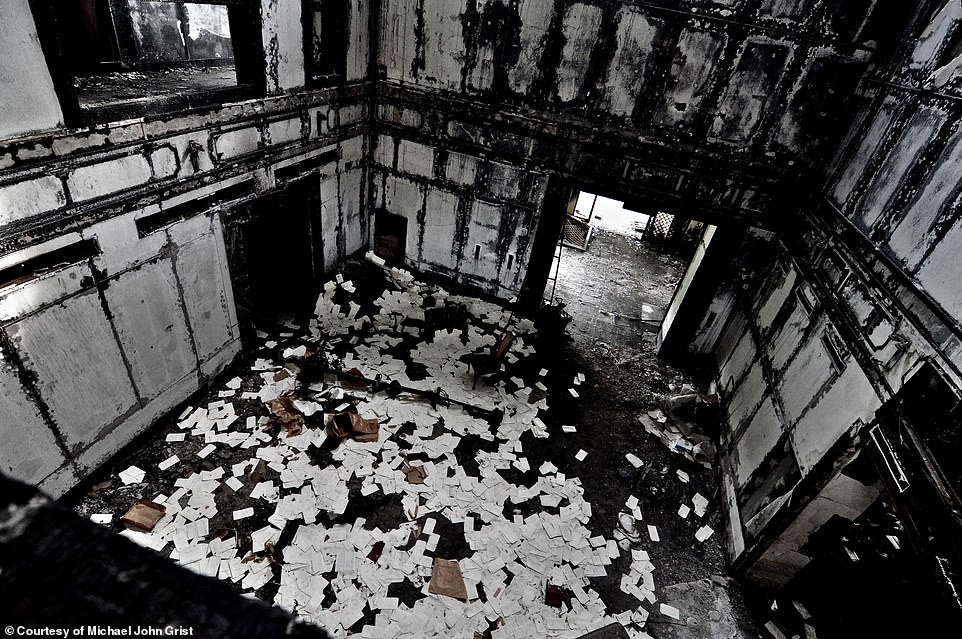 “This is probably something about how expensive/difficult it is for most Japanese to travel overseas. To compensate for that, a few dreamers imported those cultures wholesale into theme park-type villages. Unfortunately, most failed,” wrote Grist in his blog. 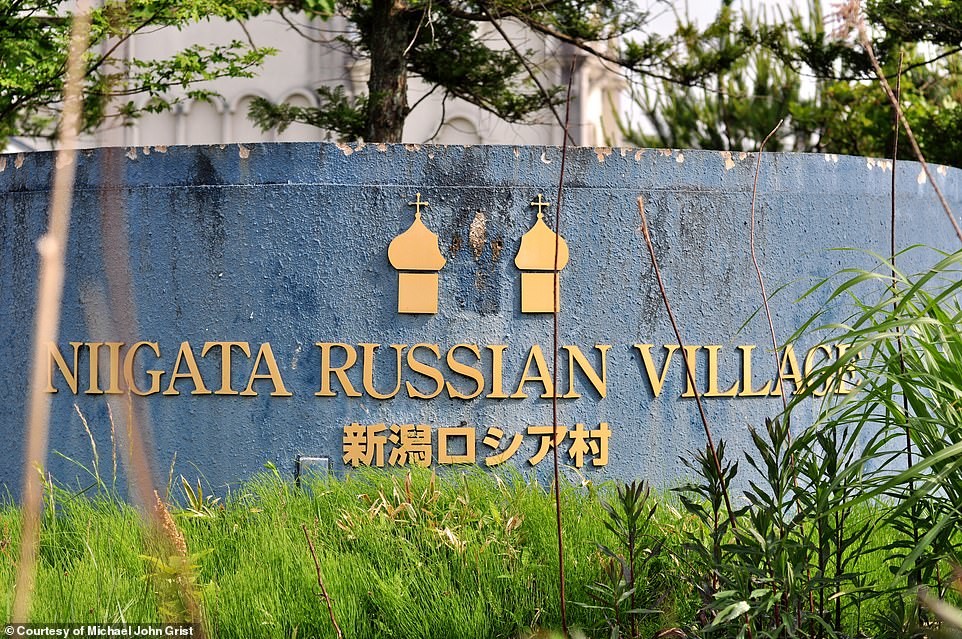 Michael John Grist is a ruins photographer and thriller author currently based in London, UK. To view more of Michael's 'ruins' images from Japan visit www.michaeljohngrist.com, and to see the latest book in his Christopher Wren thriller series click here.