3 paranormal sites in Russia that even locals are afraid of 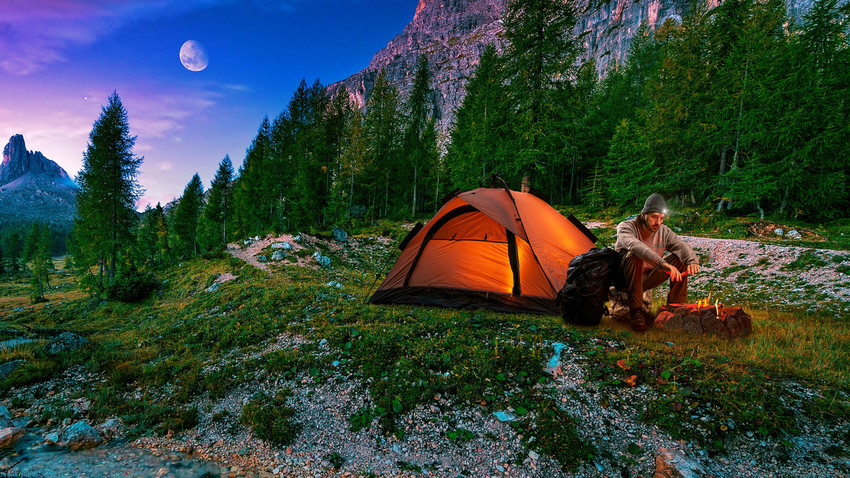 Legion Media
Local legends mention people dying from unknown causes, one-eyed giants, underwater demons and colossal mysterious objects. Most of these can be explained scientifically, but not everything can. What unites these places is that in local languages they’re all named after death or the devil. 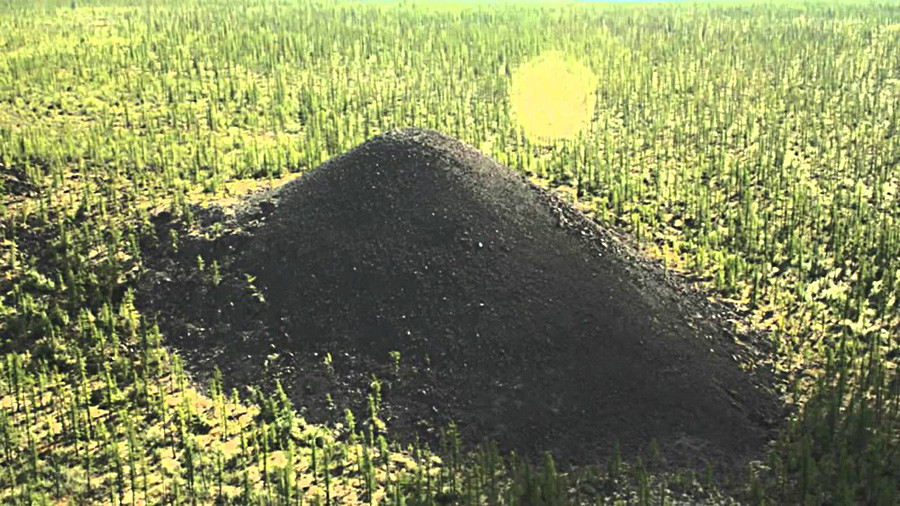 One of the supposed 'cauldrons' in the Death Valley

Mirny is a town in the Republic of Sakha-Yakutia, nearly 3,800 miles east of Moscow. There, in the basin of the Vilyuy River, Russia has its own Death Valley. In the late 19th century, Russian explorer Richard Maack recorded strange tales told by locals about paranormal activity in this place.

One of the local rivers is called Olguydach, which means “a place with cauldrons.” Another stream is called Algyi Timirnit (“The big cauldron sunk”). Locals told Maack that giant pots are buried deep in the earth, with edges as sharp as razors, and made of red metal. Some partly stuck out of the ground, and those who spent a night under them woke up feeling ill, weak and with an aching head. In the 19th century, locals said they even encountered giant people, who were one-eyed and clad in metal, sleeping underneath the cauldrons. 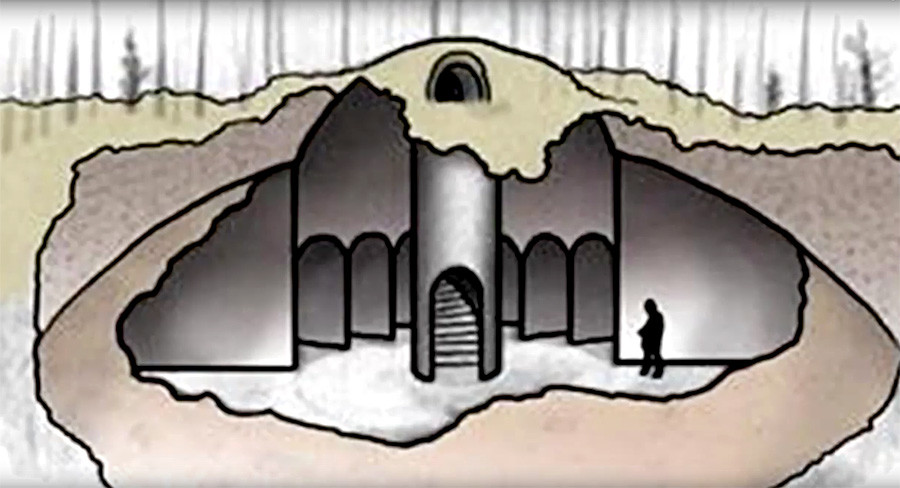 An inside scheme of a cauldron recreated by a local villager

Report about mysterious spheres continued even in the 1930s. Since the 1970s, numerous expeditions have tried to locate the cauldrons, but to no avail. Local hunters avoid “Death Valley,” and say the terrain has changed so much that they can’t possibly remember where the objects might have been. Later research has shown that the strange effects in the valley were possibly the result of toxic volcanic gases coming from underground, and they were also the cause of the confusion locals experienced – the toxic gases befuddled their senses and led to fatigue. This is also the reason the area is so poorly researched. 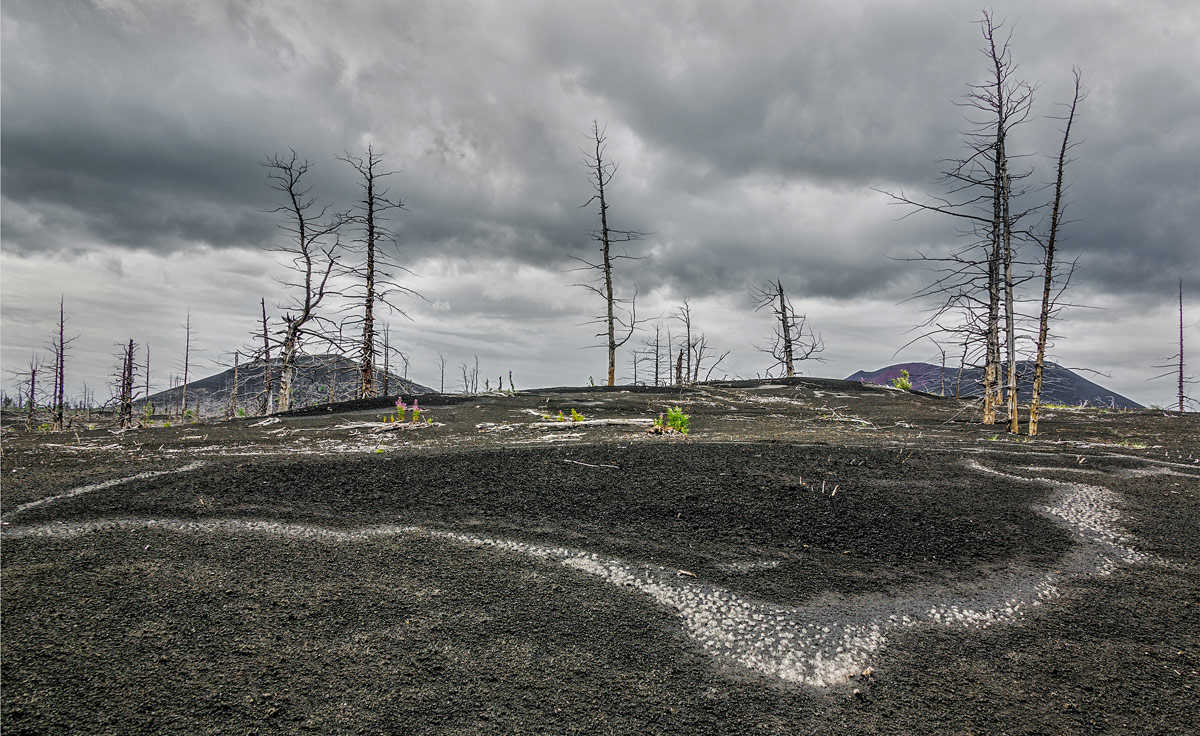 Fans of scary stories and seekers of the paranormal frequently travel to the Krasnoyarsk Region, where deep in the taiga, almost 2,300 miles from Moscow, a place called “The Devil’s Graveyard” has bewildered people since the early 1980s when an article was published in a popular Soviet scientific magazine. The exact location of the place, however, is still disputed.

Many locals tell the same story: while moving their cow herds from village to village, shepherds came across a strange place, a vast empty field with black soil, covered by the carcasses of wild animals, birds and cows. Green leaves turned black when placed on the soil. People experienced excruciating pain in the head, teeth and stomach when near this place. Often, compasses, watches and other devices stopped functioning, making it difficult to study the anomaly. Also, people frequently became lost in the nearby woods and roamed about aimlessly for hours.

To reach the place, you have to travel by boat, then walk more than 30 miles across shallows. This can’t be done without a guide – but none of the locals would get within a mile of the spot – they turned back, went to church and only then returned to the village, leaving the explorers by themselves. During Soviet times, a number of expeditions reached the place, and there are two reliable explanations for the phenomena happening there.

First, the anomaly appeared after the 1908 Tunguska event. Perhaps parts of the meteor sank underground, and their magnetism is the cause of the anomalies. Strong magnetic fields can affect carbon-based lifeforms, such as mammals and plants. Another version claims that an underground coal fire is producing a kind of carbonic gas that poisons animals and plants. The exact cause, however, is still disputed.

Some suspect that unscrupulous entrepreneurs have organized a fake “Devil’s Graveyard” in close proximity to the real one, charging naive tourists a lot of money to reach the location, which is really of no significance and in fact quite safe. 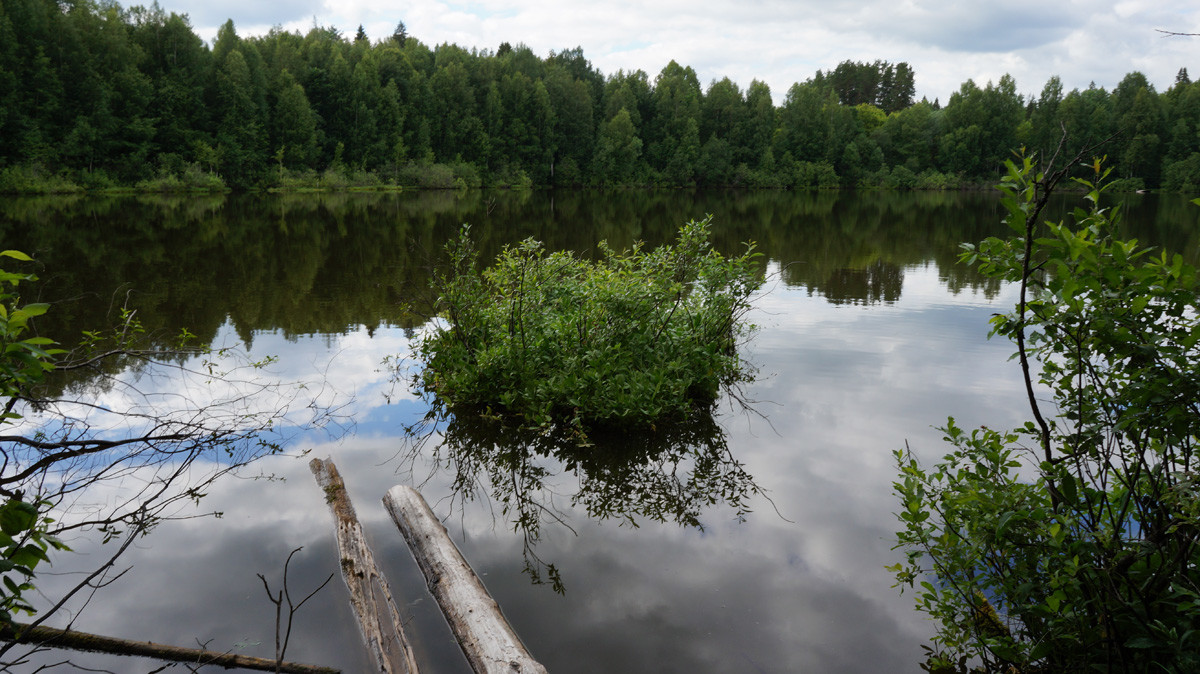 Shaitan Lake with a floating 'island'

There’s a “Devil’s Lake” (that’s how ‘Shaitan’ is translated from Tatar) in the Urzhum district, 25 miles from the city of Kirov (480 miles from Moscow). The deep oval lake, surrounded by beautiful forests, isn’t a favorite place for the locals. They don’t fish or swim there because the lake has a grim reputation.

A distinct and obvious feature are the tiny islands with grass and trees that drift on the lake surface. Another feature – the one that brings up the devilish name – are fountains of water coming from under the surface, with a low hum heard even far away in the forest.

Locals say that eons ago, a great battle between two tribes took place here: one tribe worshipped the good gods, while their opponents prayed to the evil spirit that hypnotized the ‘good guys’ and tricked them into killing themselves. The unstoppable tears of their wives and children formed a lake, which became the shelter for the demon living underwater. He makes the fountains, and so nobody dares swim here. 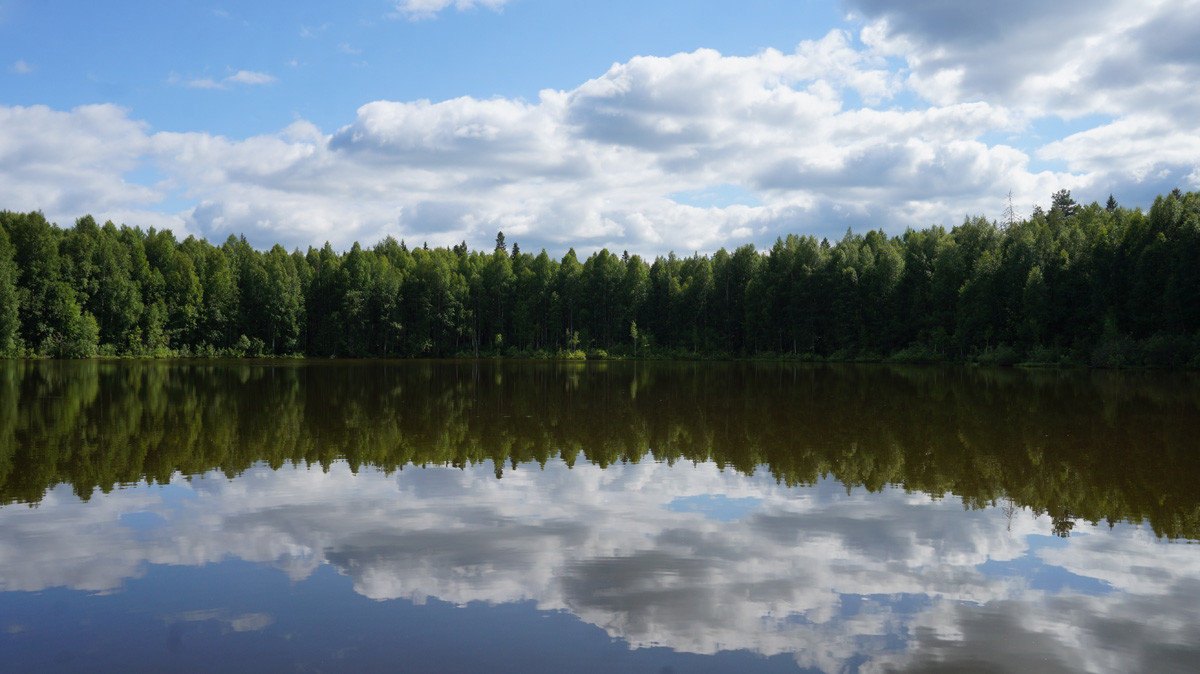 Science, however, has its own explanation for this phenomenon, and the truth is even more astonishing than legend. About 11 meters deep, the lake’s bowl is a cavity on top of a vast geological ‘sponge’ that’s formed by limestone. The lake’s bottom has numerous openings, cavities and caves, and underneath are powerful streams. With time, parts of the mud bottom collapsed, blocking the cavities and increasing the pressure. Occasionally, these clogged subsurface areas burst open, resulting in the fountains that reach the surface and beam up to the height of 10 meters. More often, water just bubbles upward in random places, creating a humming sound. This happens more often during the spring thaw, as well as after abundant rains.

These underwater streams are also the cause of the floating islands – torn from the shores along with growing trees. They are propelled by undercurrents, and some are strong enough to hold a human.

In the 19th century, a local landlord, Mr. Mosolov, noticed that his peasants were illegally chopping timber in his woods. So, Mosolov invented a fearful punishment. Instead of exacting a fine from the peasants, he ordered any offenders to be taken on a boat to the lake’s center, and let them swim to shore. It is said that the measure stopped illegal chopping immediately – locals so feared the lake. Since then, Russians have become braver – the lake is now a popular place, especially famous for fishing.

If you want some more of this mysterious material, check out our article about Moscow underground world or learn how to become a Moscow digger. More to it, there are seven natural and man-made labyrinths in Russia, and even some complicated caves that can rival the Bermuda triangle. On to contemporary times, there are secrets under our feet in Moscow – the underground shelters and the famous 'second subway'.