Why was there a dovecote in almost every yard of Soviet Moscow? 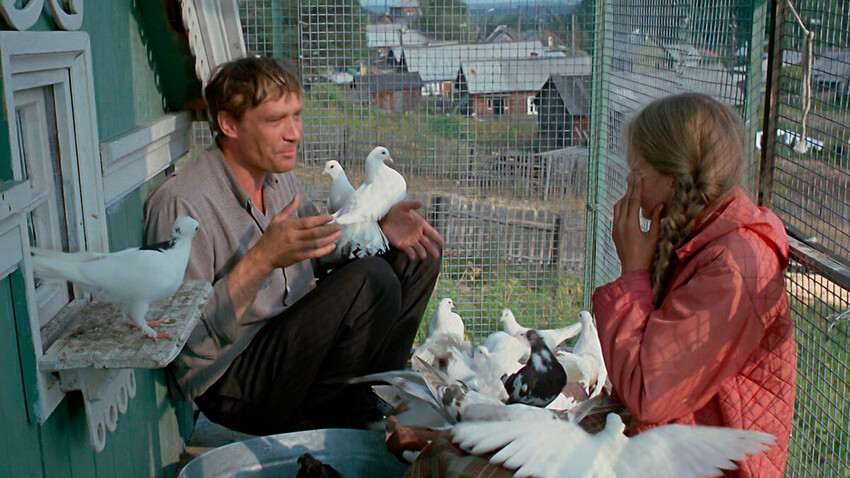 Mosfilm
In the Soviet years, you could see a dovecote in almost every yard; they were an indispensable part of Soviet households. You’ll find out below who needed so many birds and how pigeon breeding became a genuine Soviet obsession.

“It was a real epidemic, a lengthy incurable epidemic, which could be rooted out neither by hunger, nor war. Everyone was infected: pre-schoolers, teens and grown-up boys and married men alike.” This is the way writer Mikhail Kolosov depicted the passion for pigeons, which spread across the country during the Soviet era. The birds swarmed the capital and could even be a reason for citizens to be freed from work. 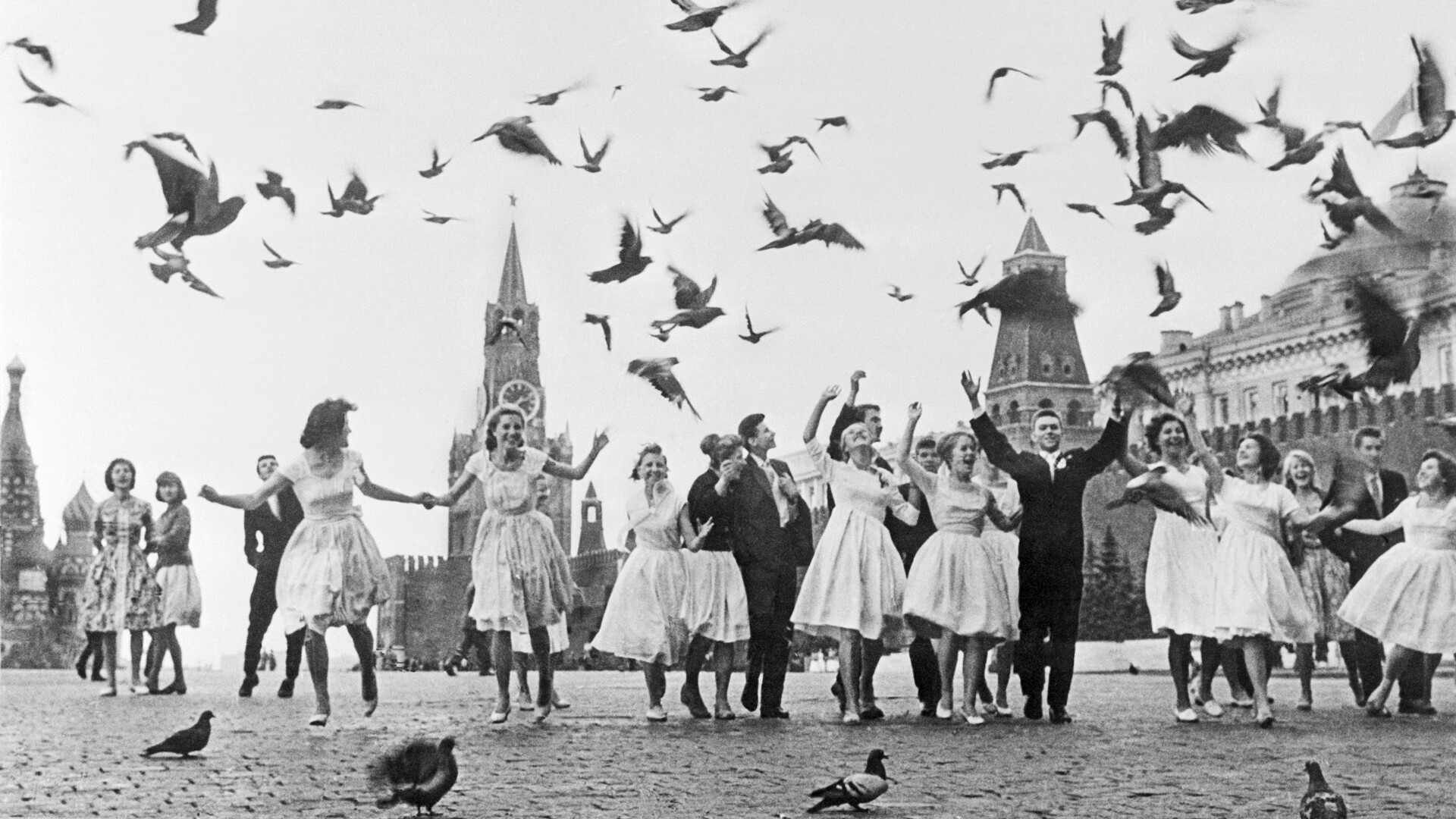 Pigeons in the army

The capital saw the first dovecotes as early as 200 years ago, with Earl Alexey Orlov, Russian Empress Catherine the Great’s lover, considered to be Russia’s first dove breeder. His peasants developed a special dove breed - the ‘white tumbler pigeon’ - and their success granted them freedom. Orlov gifted the most beautiful doves to the empress, which sparked her interest in these birds, as well. 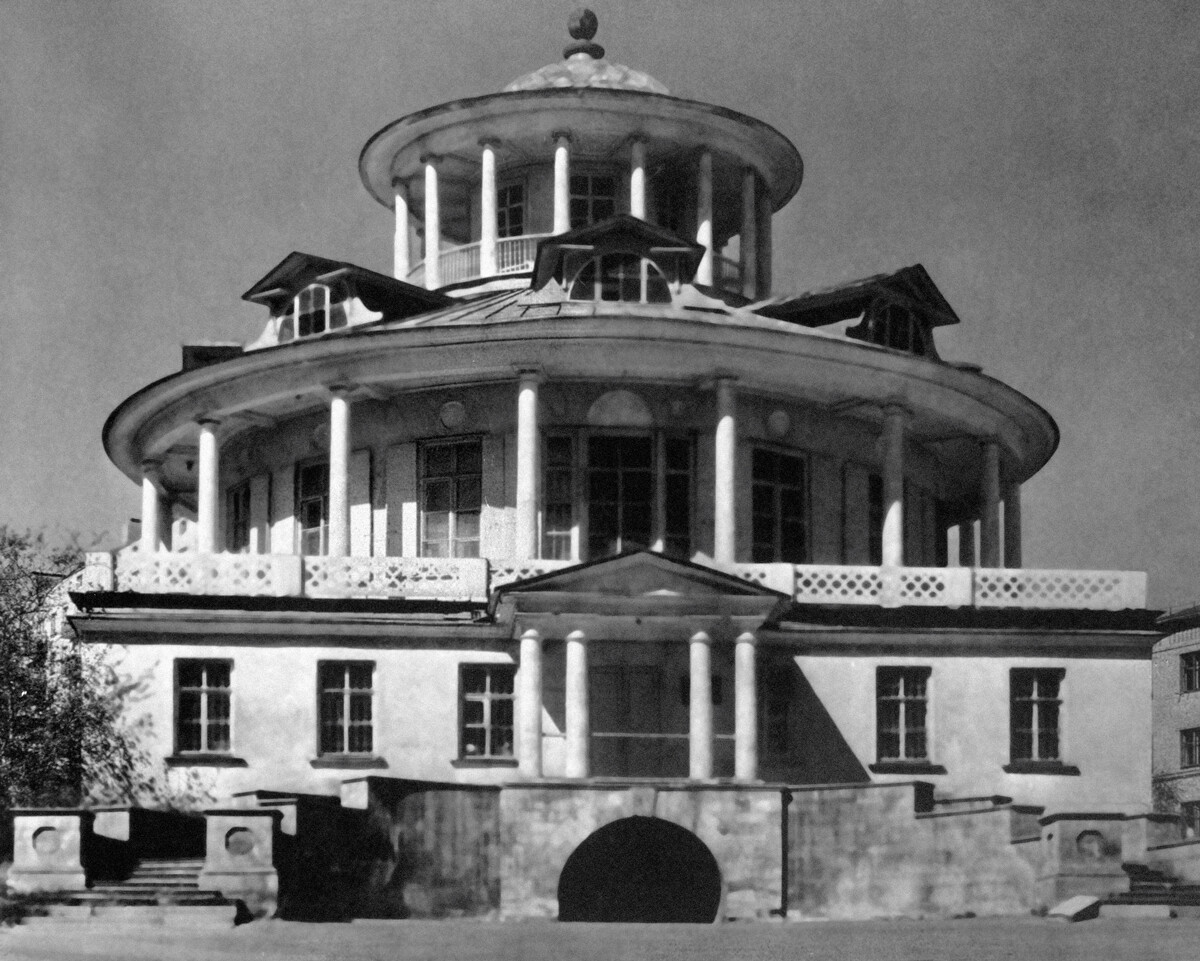 However, in 19th-century Tsarist Russia, dove breeding was largely an occupation followed by bored landowners. Not until the early 20th century did it become pervasive: by that time, the country had seen the ‘Russian Society of Pigeon Sport’ emerge, as well as a chain of pigeon post stations between Moscow, Saint Petersburg and neighboring towns. The General Staff was in charge of the pigeons involved in connecting residential areas. By 1914, the Russian army boasted over 4,000 birds.

From war to war

But, it was not the tsarist pigeon post that pushed dove breeding to become an exciting occupation for thousands of people. The Revolution and the Civil War virtually wiped out all the pigeons: they were all caught and eaten. 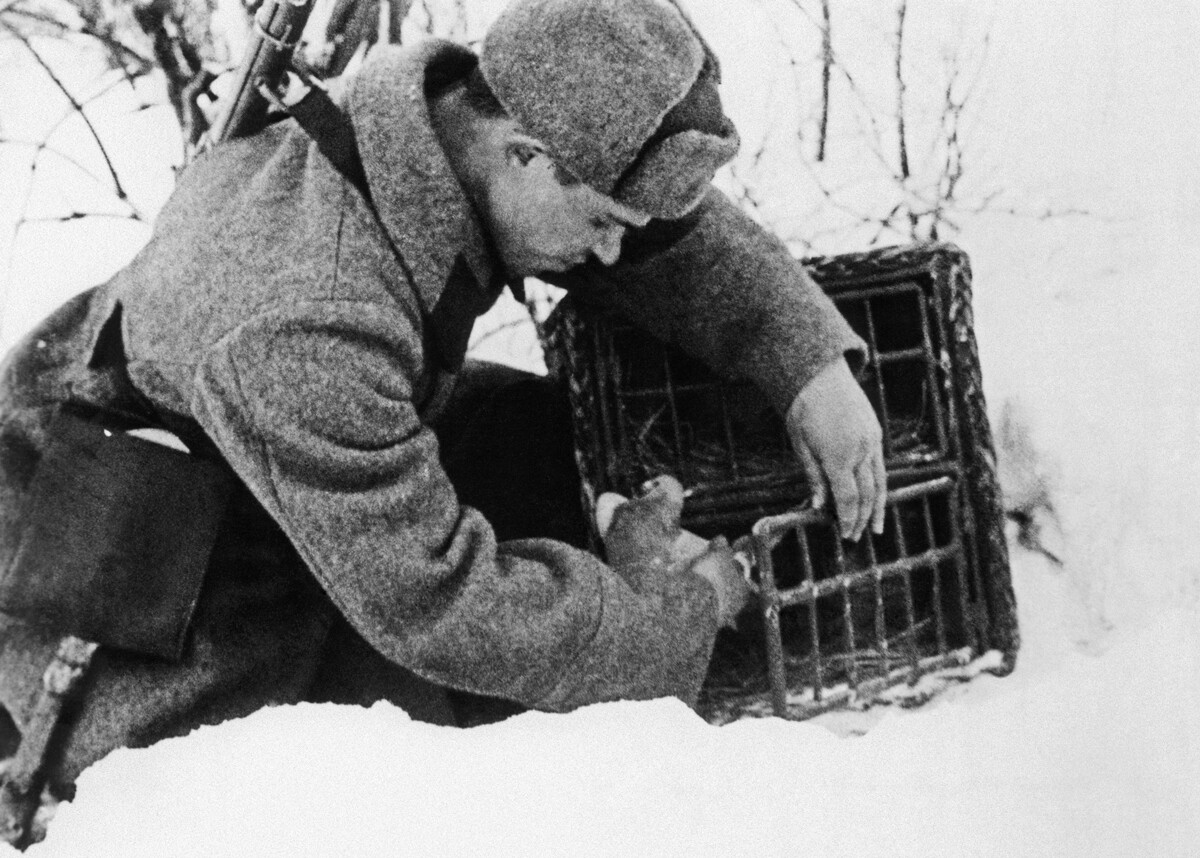 It was all started anew under Soviet rule in 1925, becoming, interestingly, a matter of public necessity. Mail pigeon breeding centers were opened all over the USSR, with impractical, fancy breeds being of little interest to the new country. The Soviet Union was in need of solely the most resilient and quickest birds. The Pigeon Sport Center constantly held competitions for the speediest breeds and those flying the longest distance. 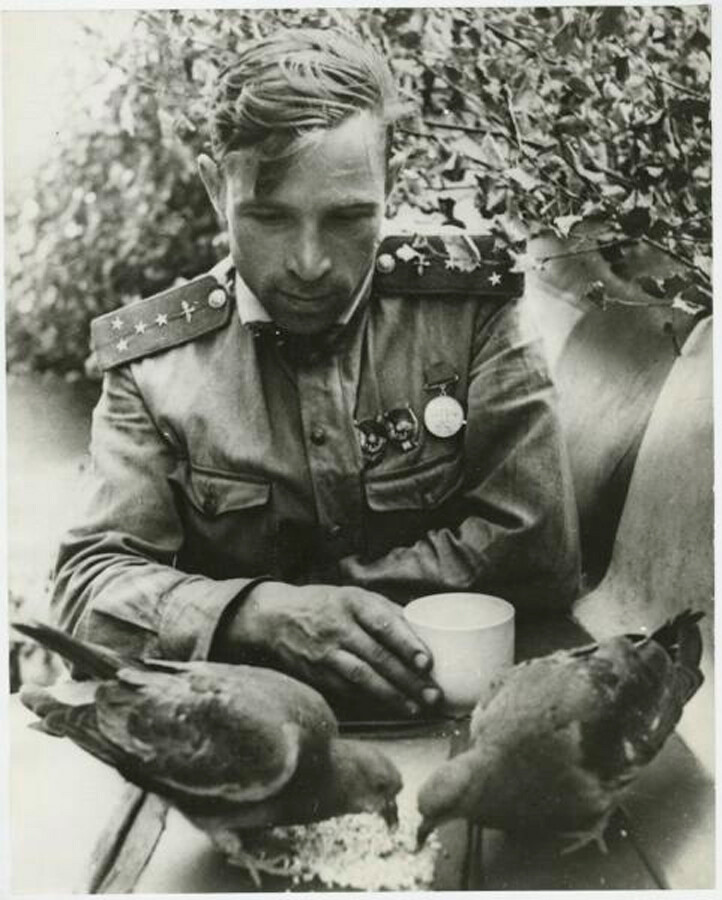 It seems that from that moment, pigeons should have been thriving in the new country. It never happened, though: yet another geopolitical cataclysm put paid to them again. In 1941, the Moscow commander issued an order that all individuals “hand over their pigeons to the police over the next three days to prevent them from being used by hostile elements”. The fear was the birds could end up in the German army’s hands. Thus, the pigeons vanished once again, with their breeding following a vicious circle: it was either kickstarted anew or put an end to completely. 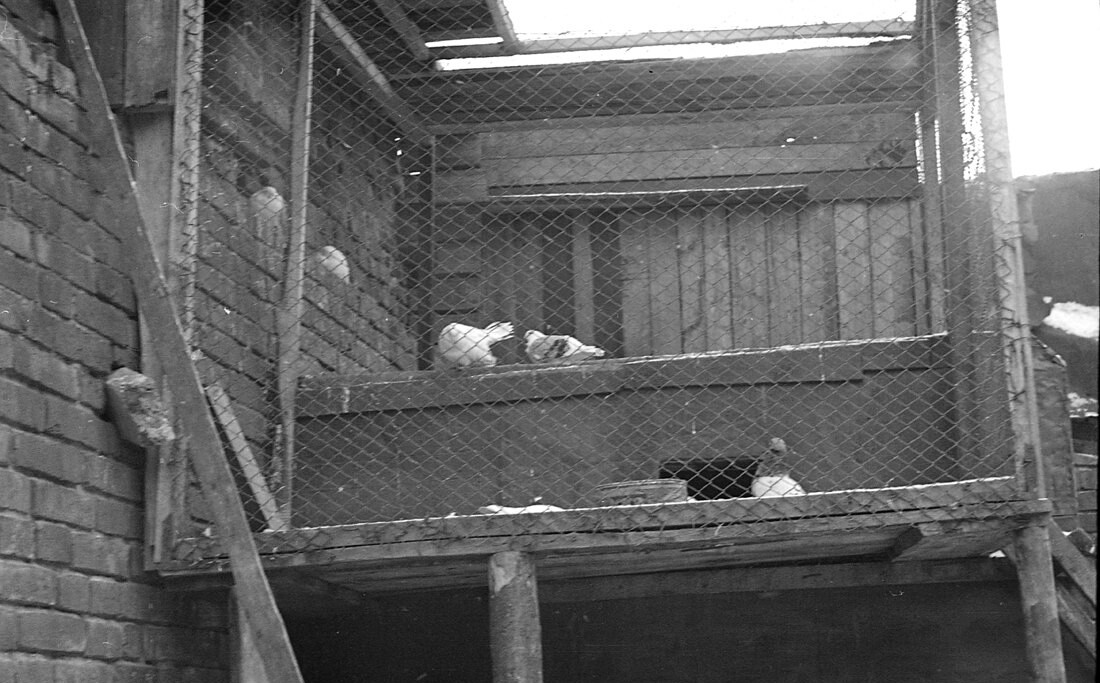 A real “pigeon revolution” took place in the 1950s and had to do with… Pablo Picasso. The thing is that, in the summer of 1957, Moscow was to host the ‘VI International Youth and Students Festival’ - the event, which, for the first time since the war, lifted the Iron Curtain between the Soviet Union and the West. As many as 34 thousand people from 131 countries came to the USSR. Pablo Picasso, also an avid pigeon lover, came up with the festival symbol - the dove of peace. The birds were usually released at opening ceremonies as a token of friendship and solidarity. 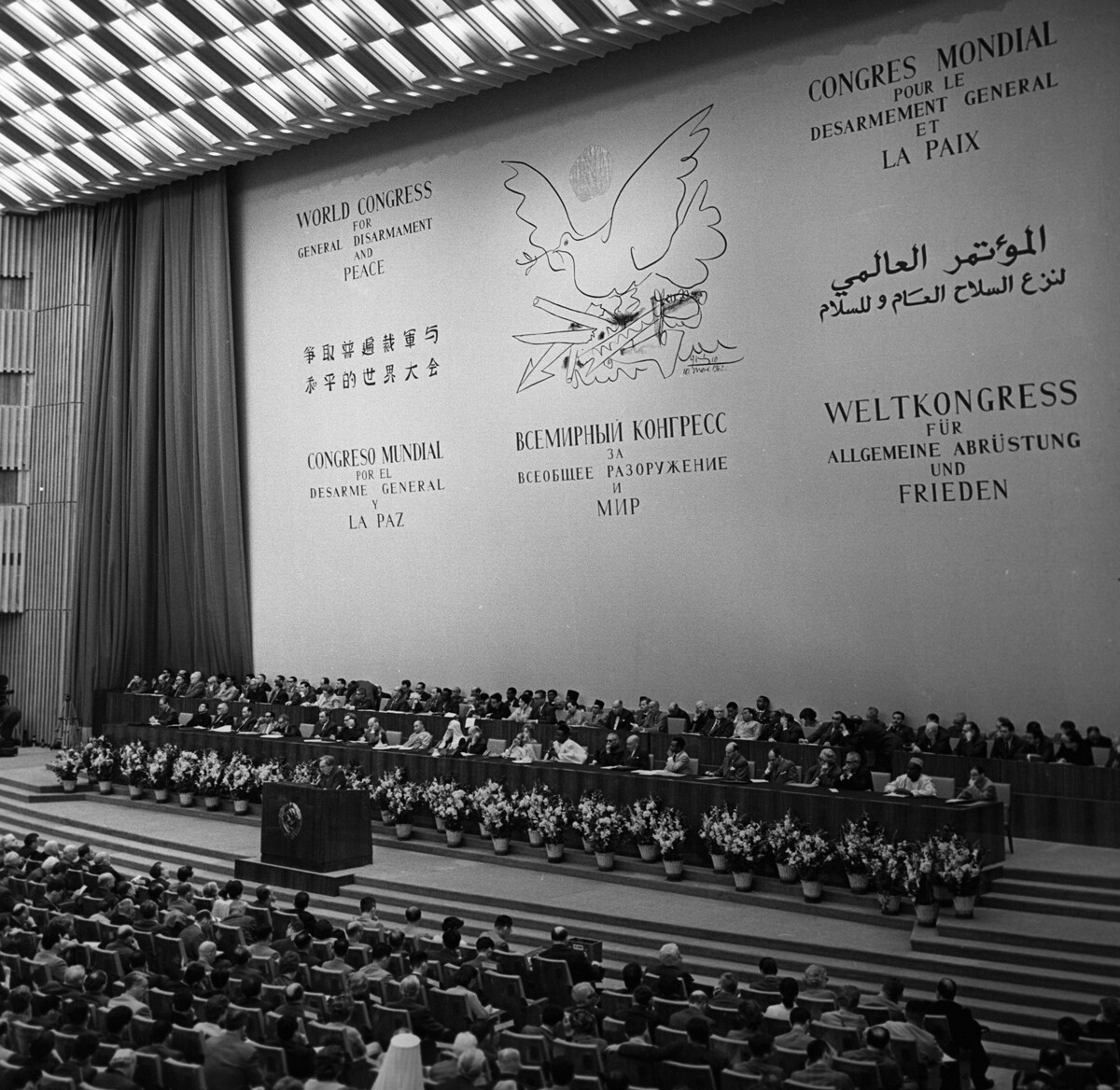 Opening of the World Congress for Global Disarmament and Peace

Moscow couldn’t afford to lose face: it needed loads of pigeons for the occasion. However, after World War II, very few of them were left in the city. Thus, a special instructor was appointed by the Communist Party to oversee the breeding of a sufficient number of birds, while all the citizens collectively partook in the venture: the job was literally done by everyone – from schoolchildren to university professors. 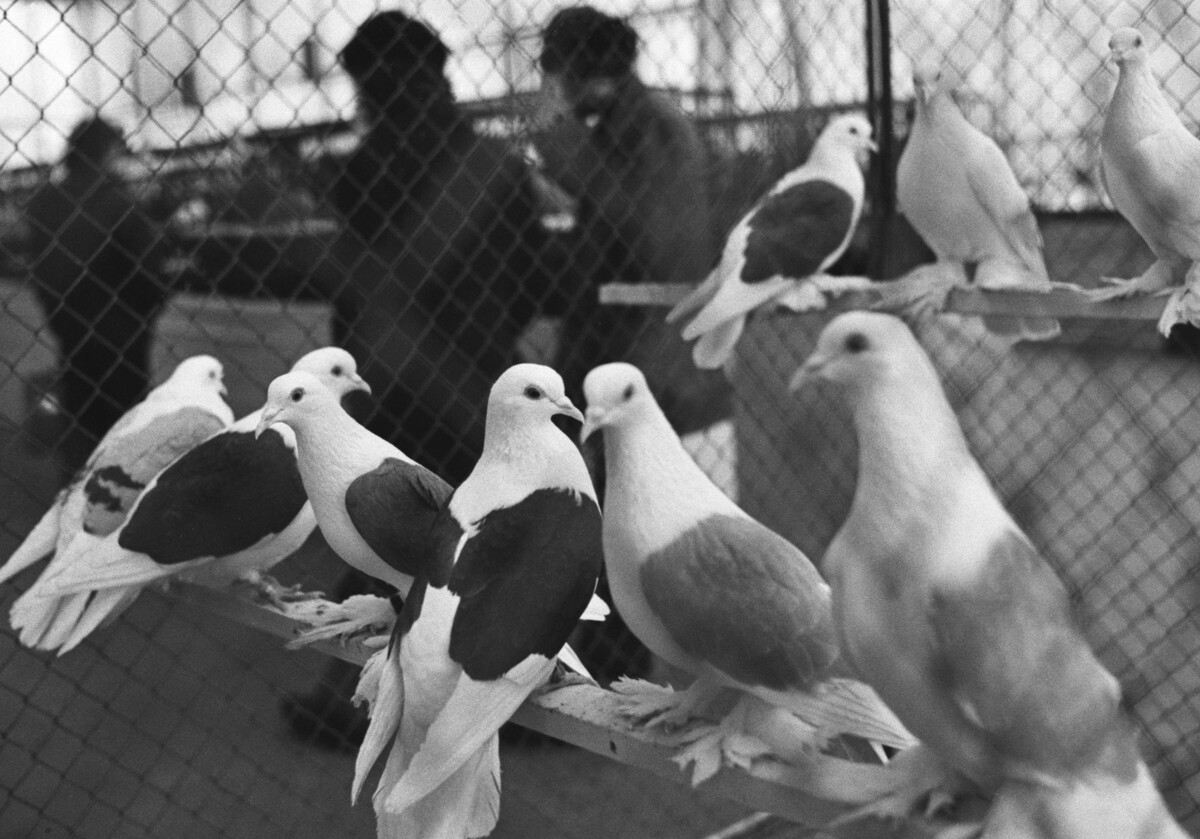 “There was hardly a place where they weren’t bred; it was done in huge dovecotes on the roofs above the workshops of Moscow factories, in schools, yards,” historian and specialist in Moscow studies Alexander Vaskin recalls. “Starting from the 1950s, few yards didn’t have their own dovecotes, painted green or blue, where some kind-hearted neighbor would spend time after work or at weekends.” 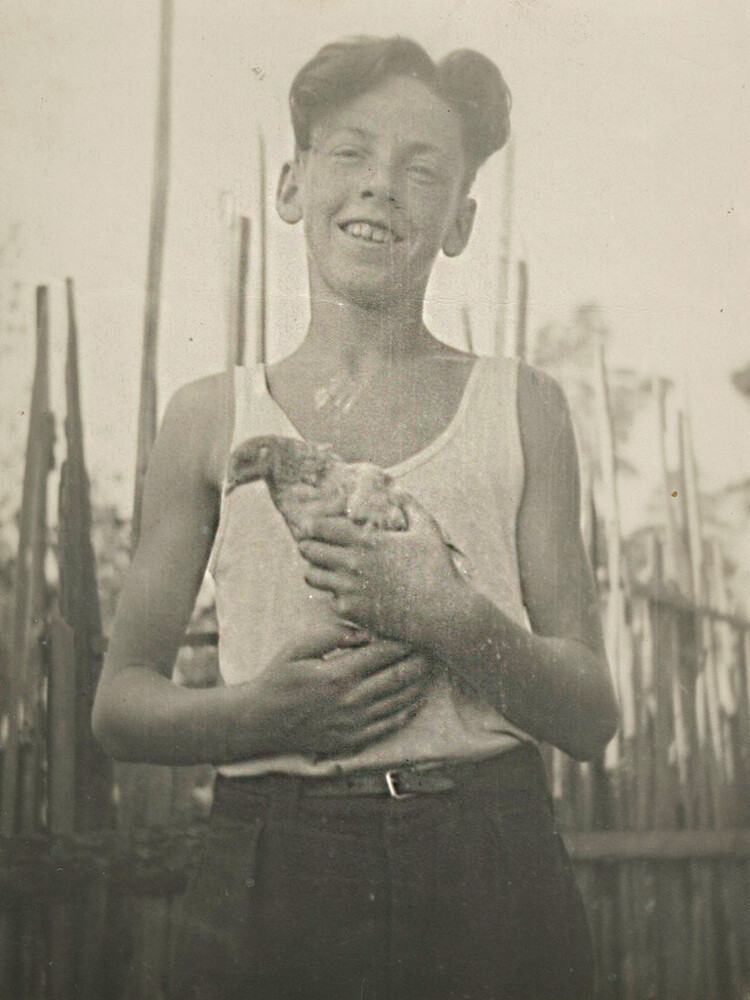 The Party ordered that dovecotes be built at every factory, with experienced pigeon breeding amateurs among factory workers freed from work and put in charge of them. City activists collectively bred thousands of birds in district clubs, with hundreds of feathered friends living in school pet corners. Pigeon food was sold on the city’s squares, whereas even a special road sign: “Beware - pigeons!” appeared on some central streets, obliging drivers not to exceed the speed limit of 5 km/h. 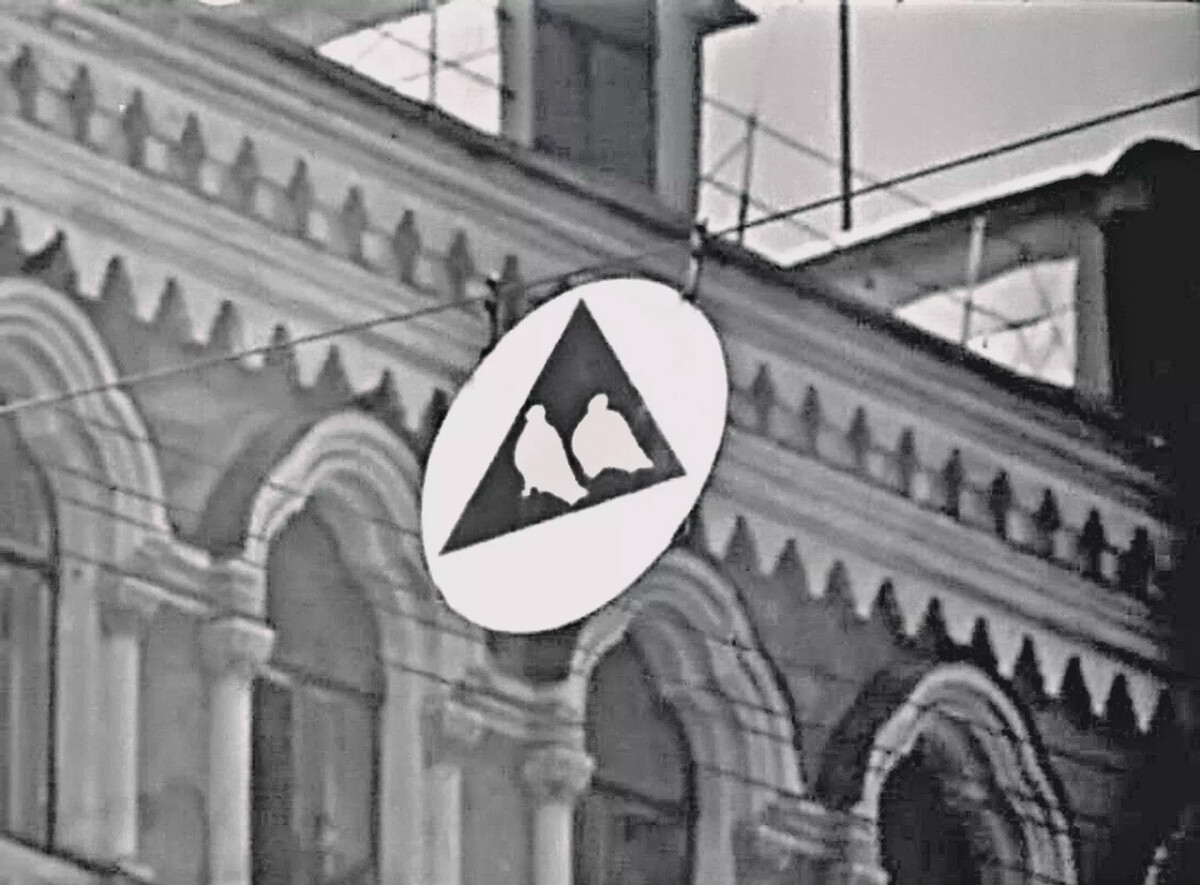 On July 28, 1957, 34 thousand pigeons (equal to the number of festival guests) soared into the skies above Moscow. The goal was reached. Yet, the Muscovites, who discovered a new exciting occupation, were unwilling to part with it. Quite the opposite, pigeon breeding developed into something of a cultural phenomenon. 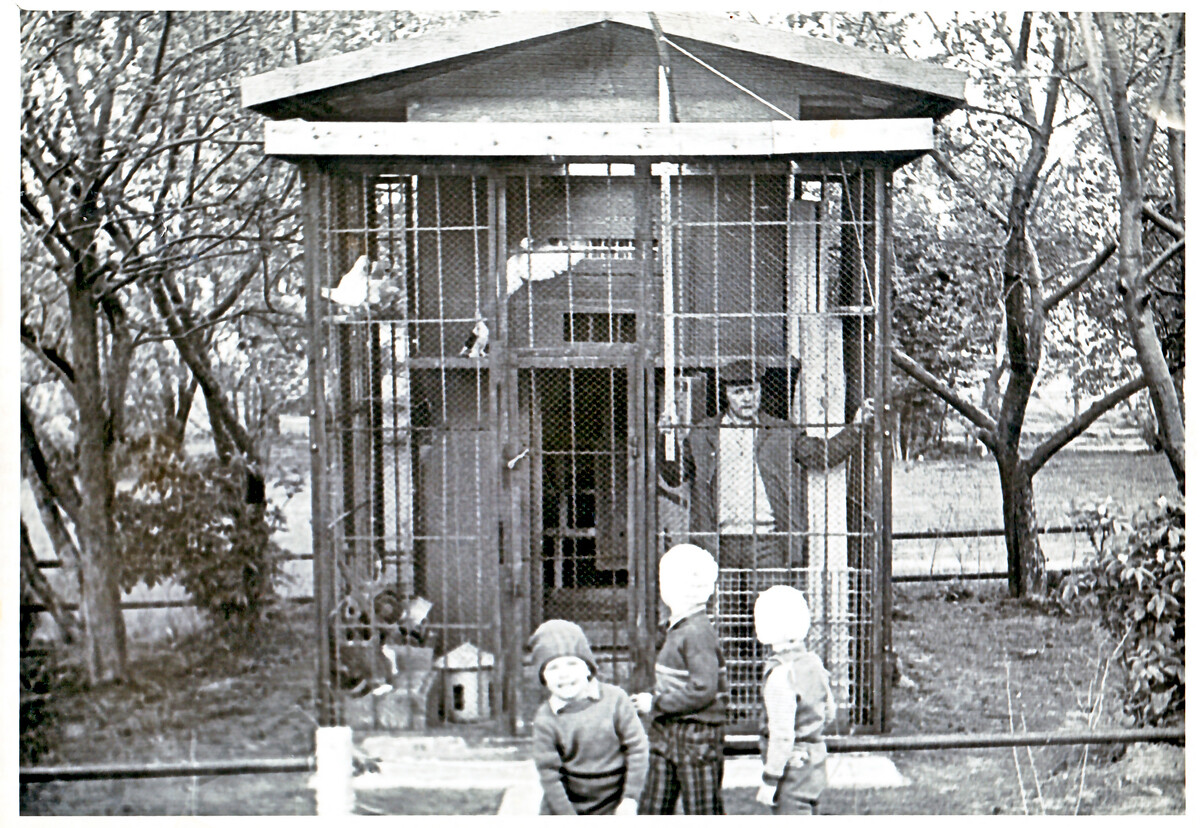 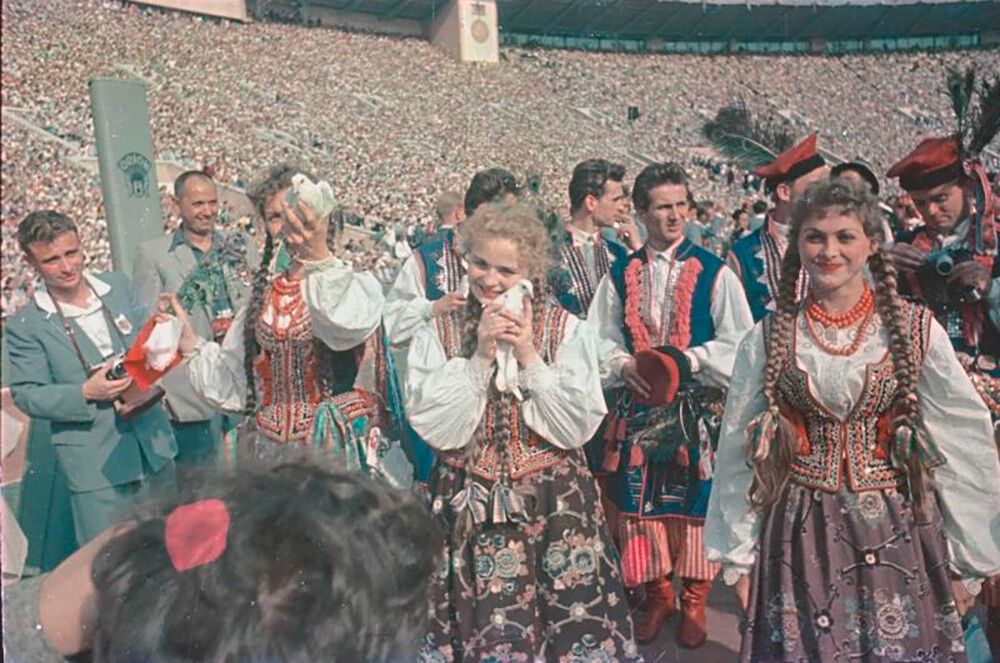 Secondly, pigeon breeding earned the reputation of an exclusively male activity. Men gathered together in dovecotes, just like they did in garages - even often bringing some alcohol there. So, it was some sort of a special get-together, where men could feel at ease and talk their things over, while women wouldn’t typically join them.

However, even at the peak of its popularity, in the 1980s, pigeon breeding wasn’t associated with a brutal pastime of “true men”, but was rather a sign of feebleness bordering on freakishness. In 1985, Vladimir Menshov’s movie ‘Love and Pigeons’ – a vivid illustration of this phenomenon –  hit the Soviet TV screens. 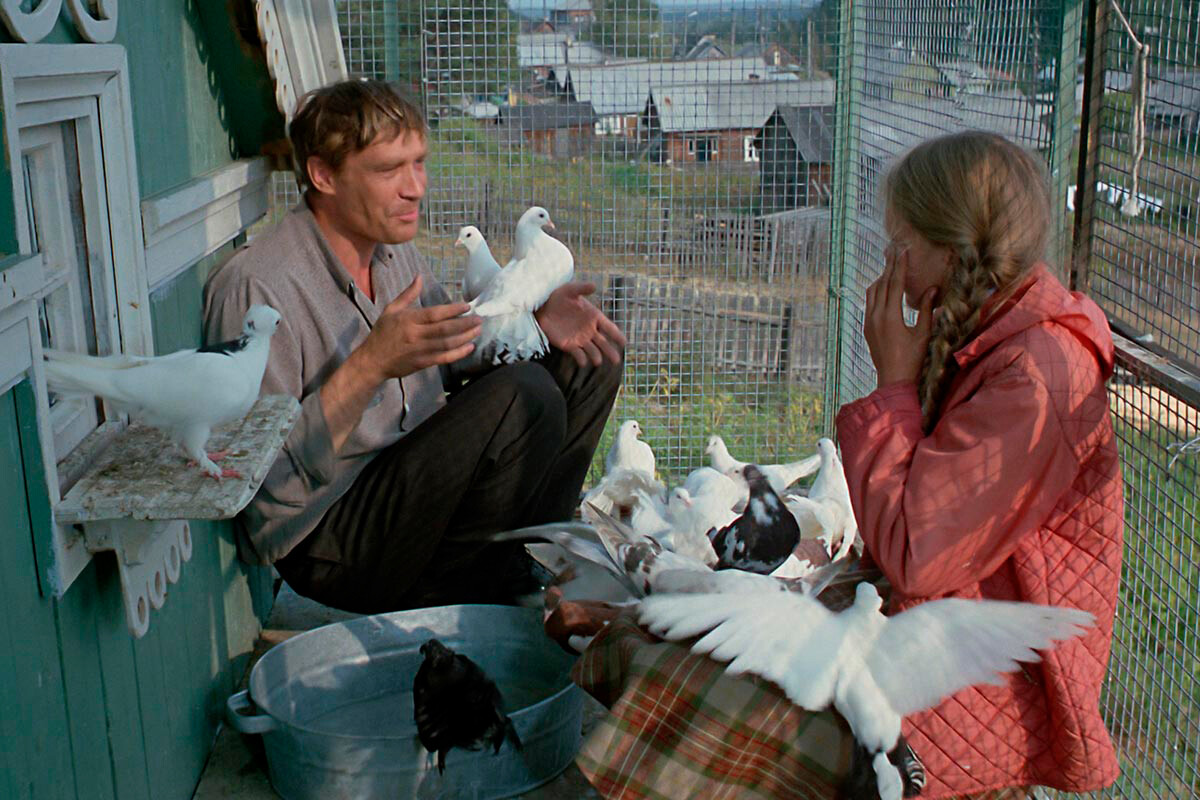 Yet, there were a whole lot of such “freakish” people in Moscow. Citizens became excited for real, trying to do better than their neighbors in terms of the number of birds, the range of rare breeds and their flight speed. Theft also took place: birds were stolen from dovecotes, pure and simple, or, in a more elegant way, a female pigeon was sent to a nearby dovecote and it made its way back not alone.

The pigeon obsession came to an end with the collapse of the USSR. People had a lot more to deal with than pigeons. The dovecotes stood empty for years as a symbol of the gone epoch, until new real estate developers demolished them. Yet, in some Moscow yards, it is still possible to see that very Soviet dovecote.