From sandboxes to castles: How children’s playgrounds in Russia evolved (PHOTOS) 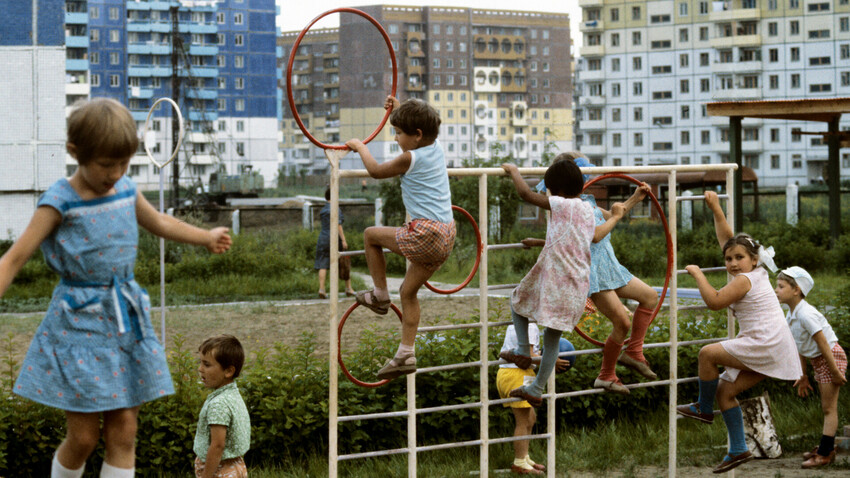 Kemerovo, 1986 / Alexander Polyakov/Sputnik
The ubiquitous children’s playgrounds in Russia underwent a real evolution over the years. They would often change with the political tide, as well as new outlooks on architecture. We start off by looking at pre-Revolutionary times, continue with Social Realism and finish off with what playgrounds look like today.

The first playgrounds in Russia were vastly different from what we know nowadays. On the one hand, they resembled fenced off properties with a small barn and a table (no slides or swings to speak of). On the other, they were made exclusively for children from poor families. And finally, they would require registering in advance to visit.

All of this was due to the fact that the first playgrounds were charity projects. They were a way for cities to control the problem of child homelessness and criminality. Their main function was educational - that’s why there were no slides. A mostly empty lot would contain a table with a bench and a small barn for storing equipment and toys. Volunteers watched over the kids and maintained order. 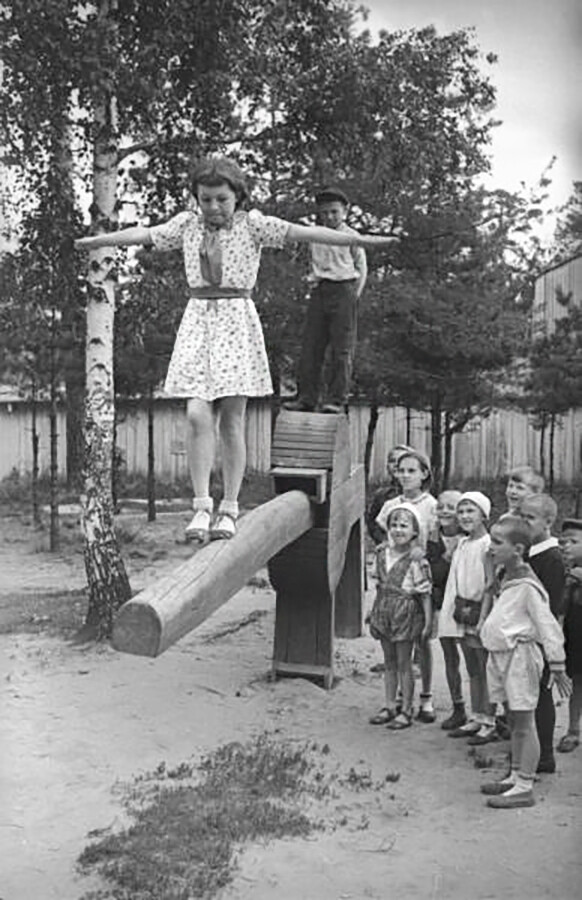 The first playgrounds also were only open during warm seasons and were almost exclusively built in poor areas. They were like kindergartens for the underprivileged. 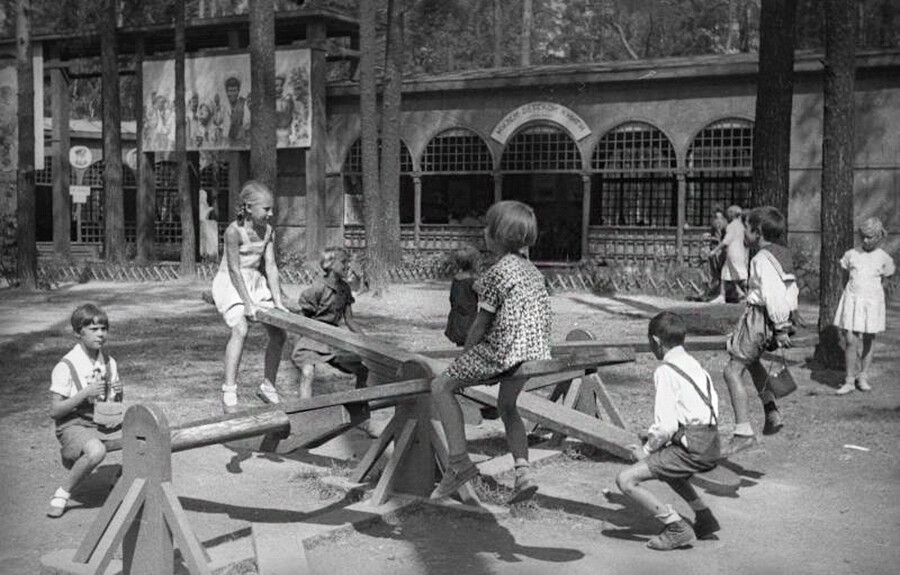 After the 1917 Revolution came change. Playgrounds had begun to be used for political upbringing. There were loud slogans everywhere about the victory of the proletariat, the global revolution and that “God does not exist”. Free food was given out to attract children. 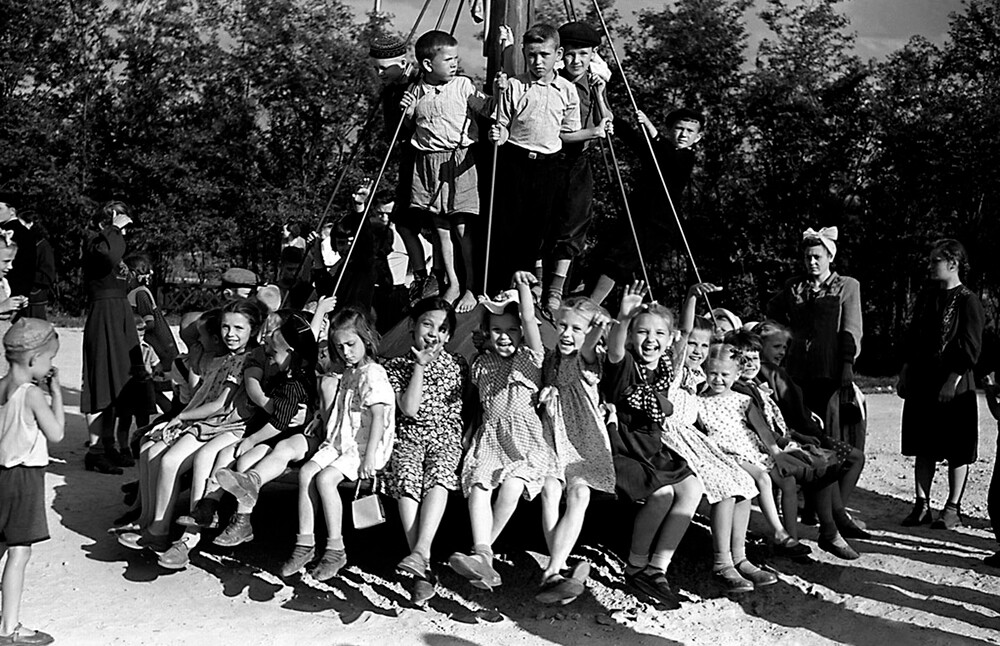 State Historical Museum of the Southern Urals / Russia in photo

With the appearance of standard requirements on the physical education and fitness of children in 1931, the playgrounds started getting more of a training ground look, with pull up bars, rings, monkey bars - often as high as two stories - and so on. 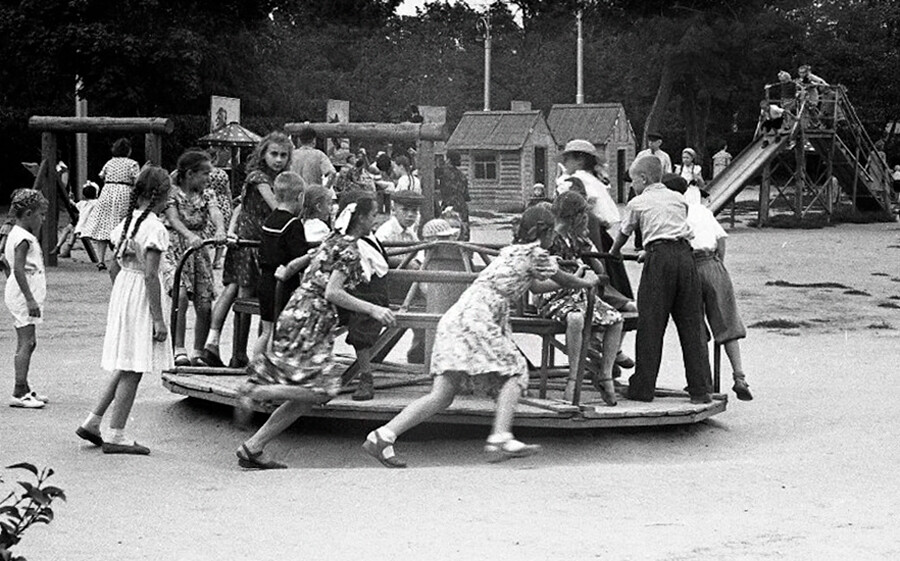 On the playground in the Gorky Park of Culture and Leisure, 1958

All of this was a reflection of what the Soviet child was meant to become: strong, politically motivated and fearless. 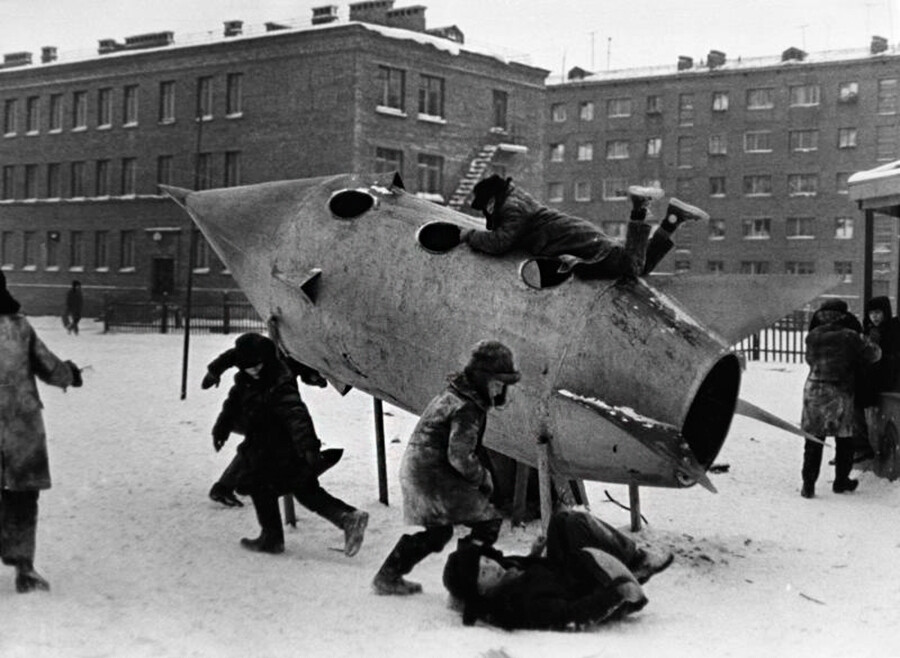 Blueprints with the required dimensions for every piece of equipment were published everywhere; there were even standards for benches and fencing. Playgrounds became all-season affairs and spread from underprivileged areas into the wider world - into schools and public parks. Meanwhile, the presence of overseers began to decline. 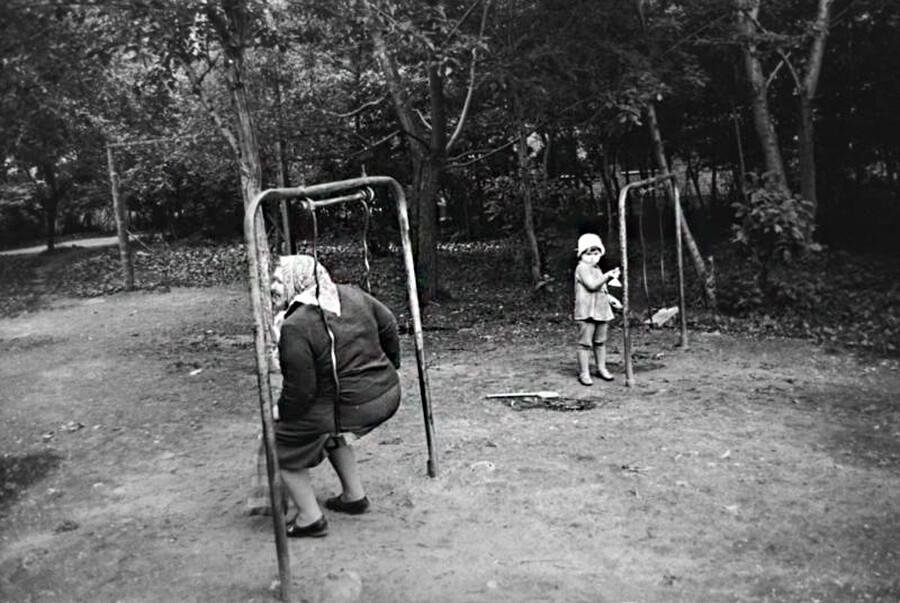 After World War II, national motifs became a design fad: swings resembled animals like roosters, wooden constructions popped up everywhere with drawings of mythical heroes and so on. 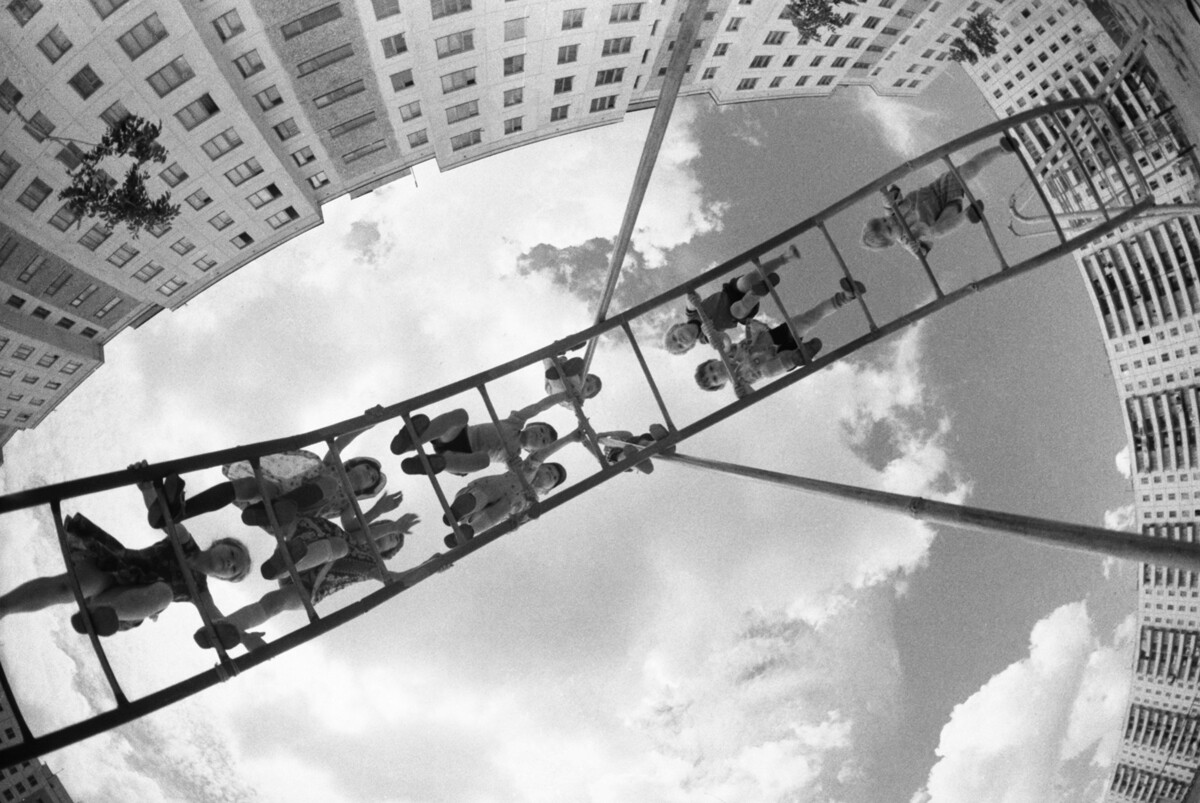 When Social Realism rolled around, metallic animal silhouettes and abstract figures were in vogue. Some reached several meters in height. 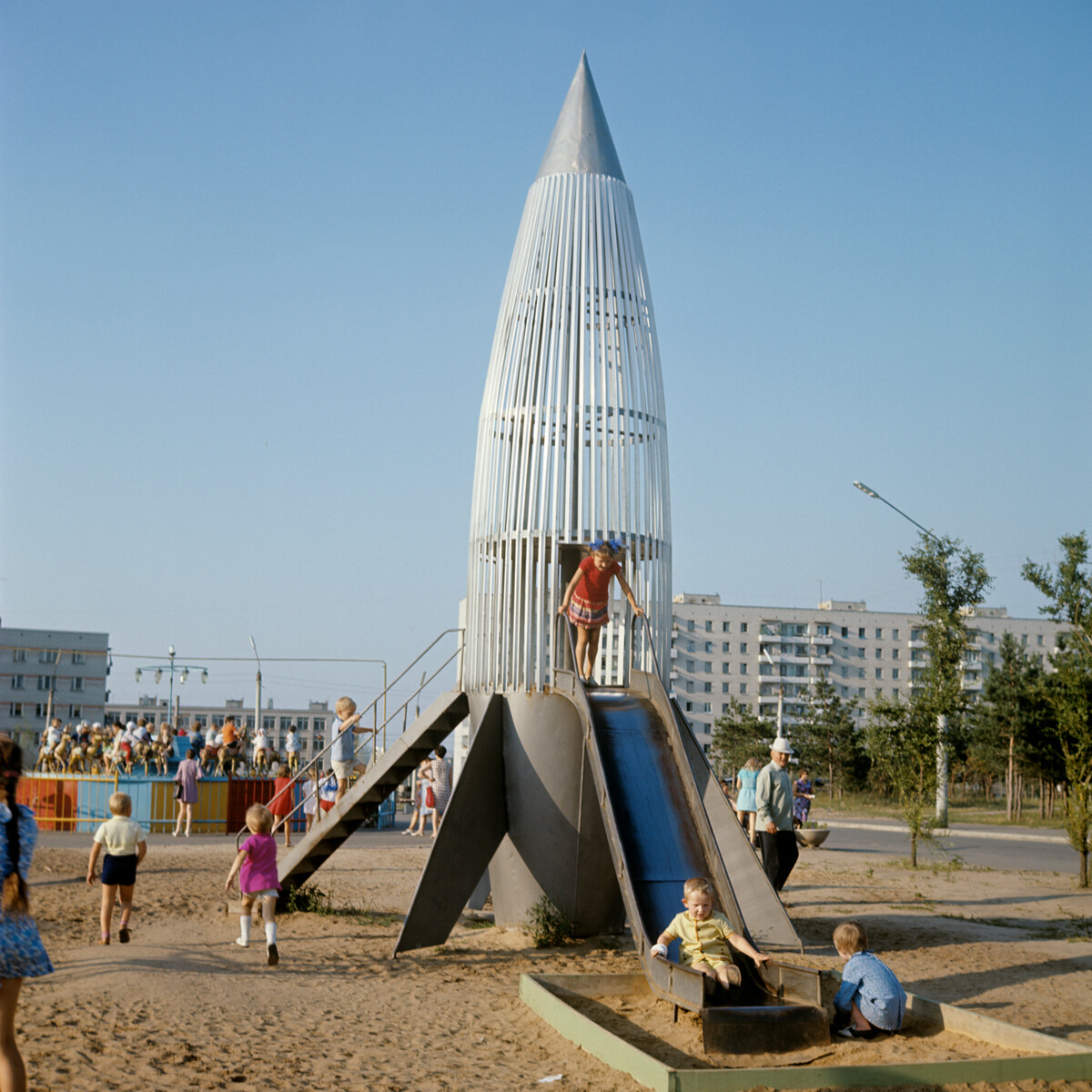 At the height of the Cold War and the Space Race, abstract art was joined by space-themed motifs, as well as rockets and spaceships. Every Soviet child knew who Yury Gagarin and Valentina Tereshkova were. 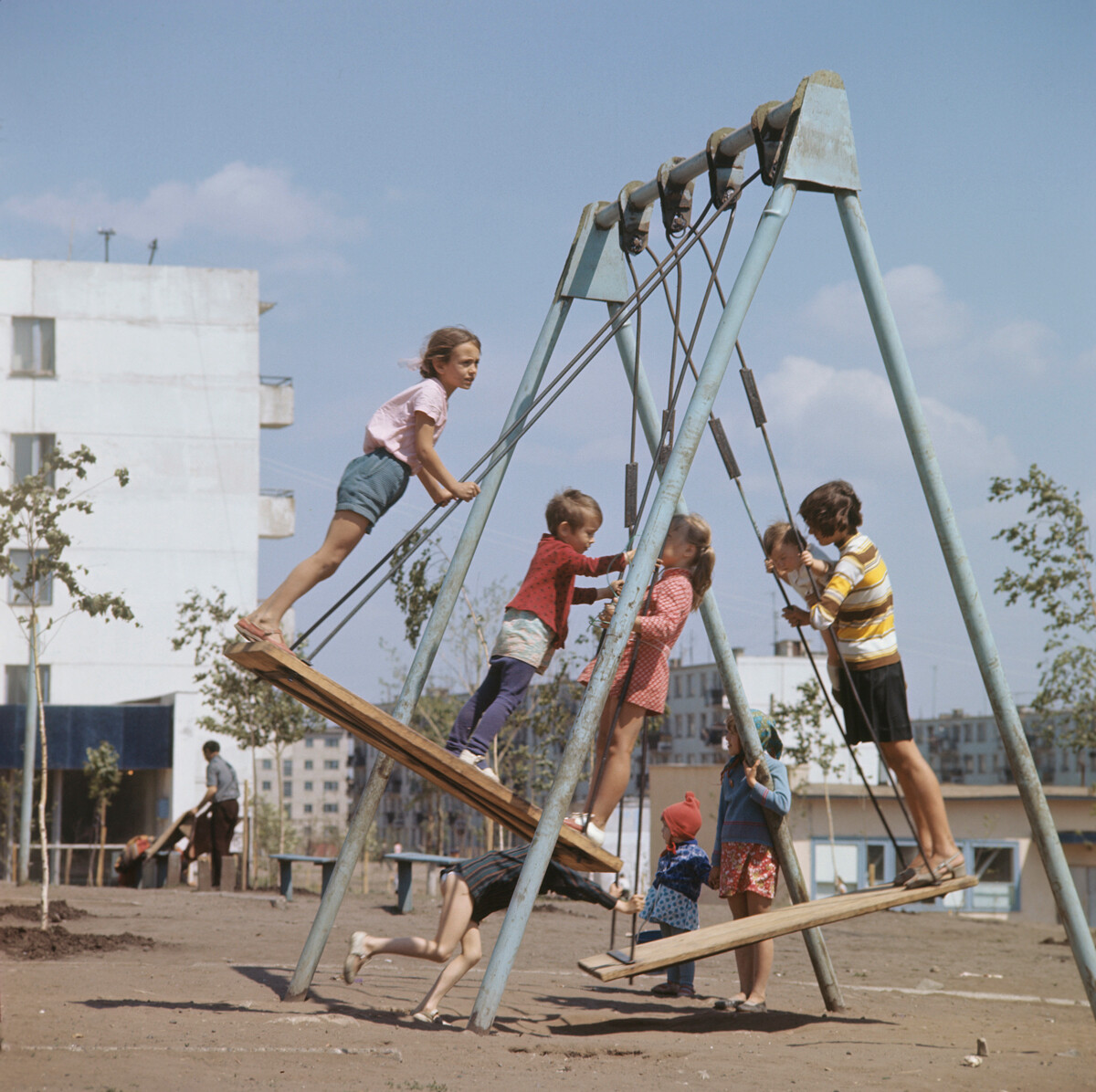 Generally, the design and planning were the products of collective creativity. There was the difficult task of looking for specific artists, for example. And when typical apartment blocks began popping up, it became near impossible. The playgrounds all became standardized, as well. They were now designed not by architects, but by urban planning offices - which was evident in their simplified look. It was difficult to tell one from another. 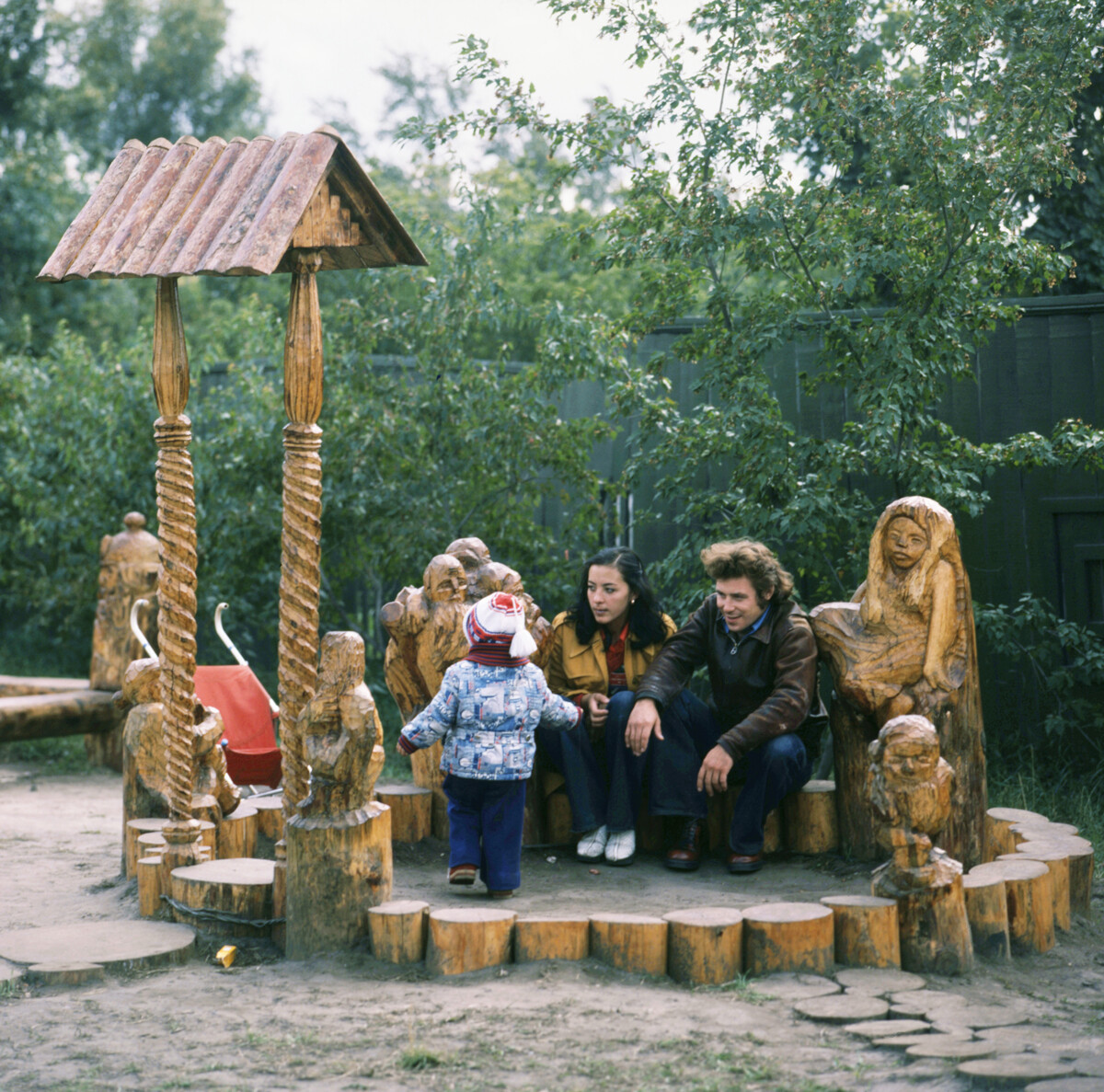 After the USSR fell apart in 1991, there were almost no new playgrounds constructed for a whole decade. Everything looked really late-Soviet in style, because it was. Due to a weakened economy, many fell into disrepair and began to corrode. A typical 1990s playground consisted of half-rusted slides and squeaky swings, with gray ‘Khrushchevka’ residential blocks in the background. 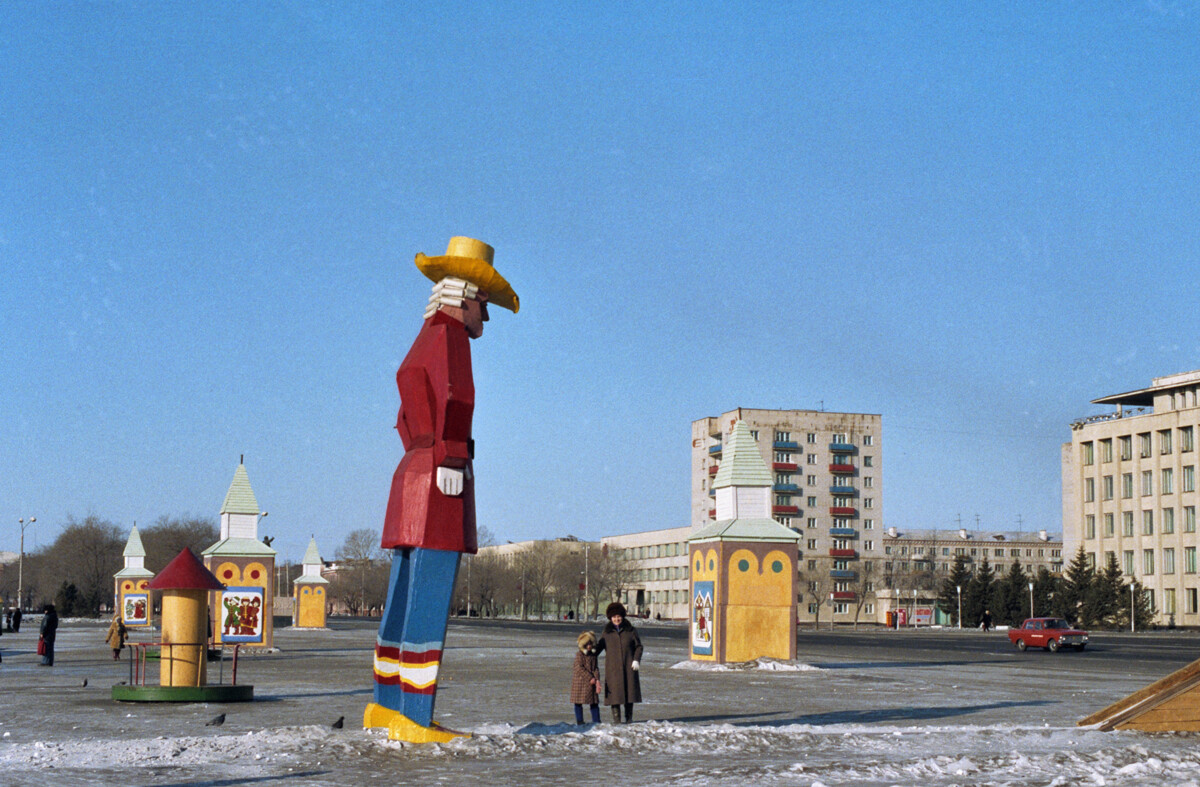 The first half of the 2000s heralded a new era: widespread residential construction saw the typical playground look change. Modern ones appeared all over the country, using water-resistant materials. Blue, yellow, red and green colors were characteristic of the period. There was also widespread uniformity, however, due to the monopoly on contracts. 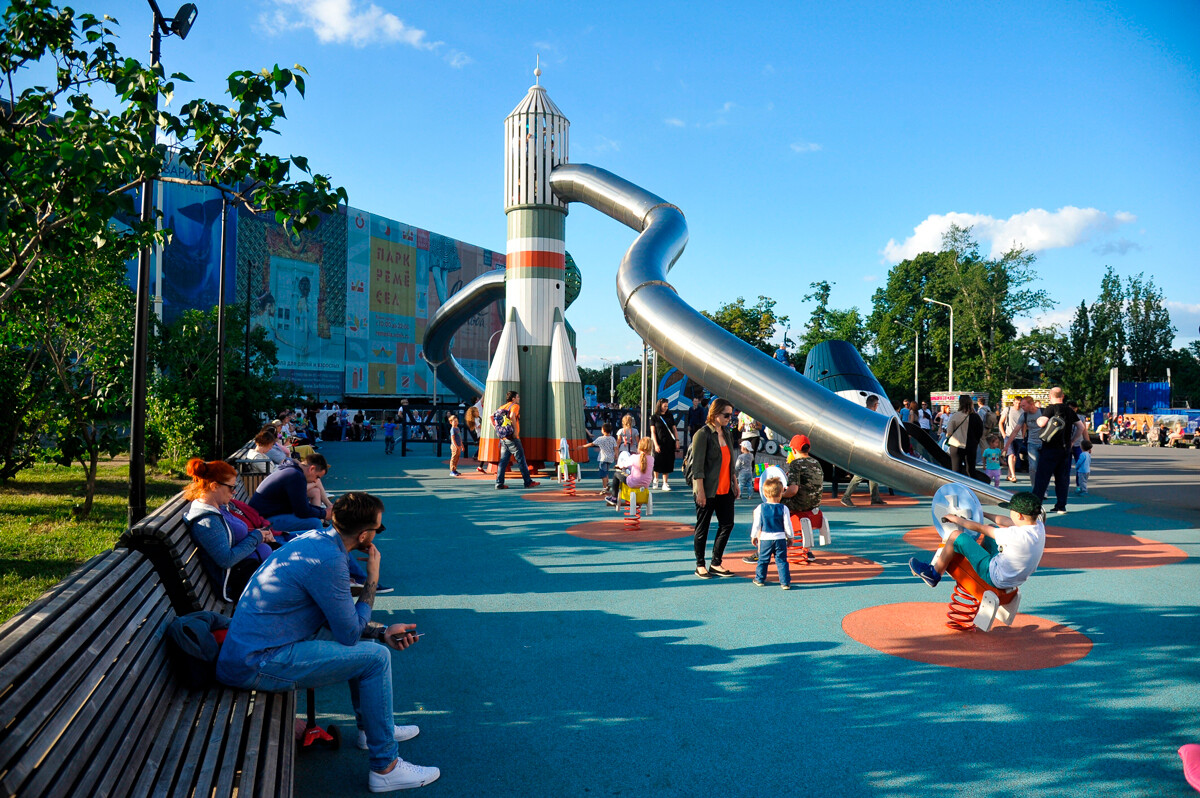 Such playgrounds did not factor in any of the architectural features of their surroundings and, likewise, aged quickly. Still, they were much more comfortable in use - and safer - than their predecessors, which, to this day, are the subject of memes. 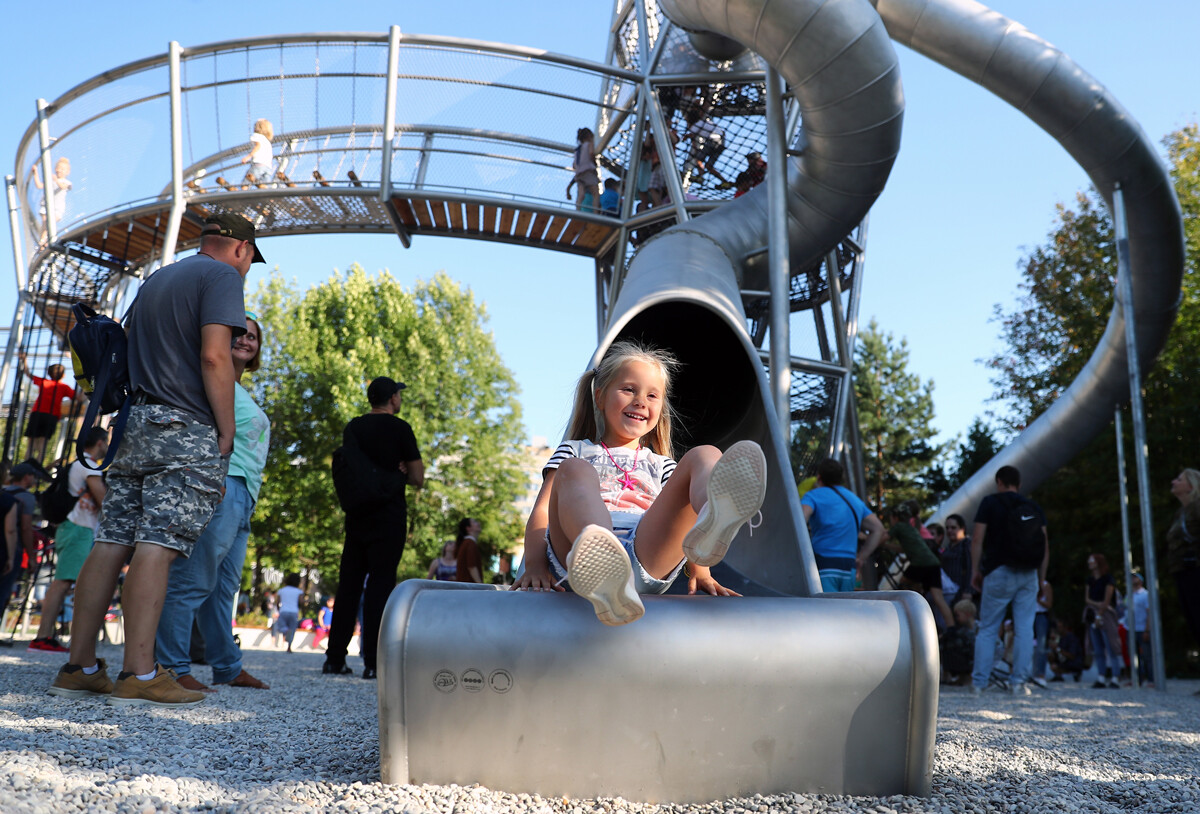 New companies gradually penetrated the market, which affected quality and variety. Today, individually authored projects act as a competitive advantage when talking to prospective property buyers. Specialized architectural bureaus are at the helm once again.

Nowadays, some of the new playgrounds even look like separate little towns: they have entire systems of slides, trampolines, obstacle courses and towers.