What do Russian Orthodox believers eat during Great Lent? 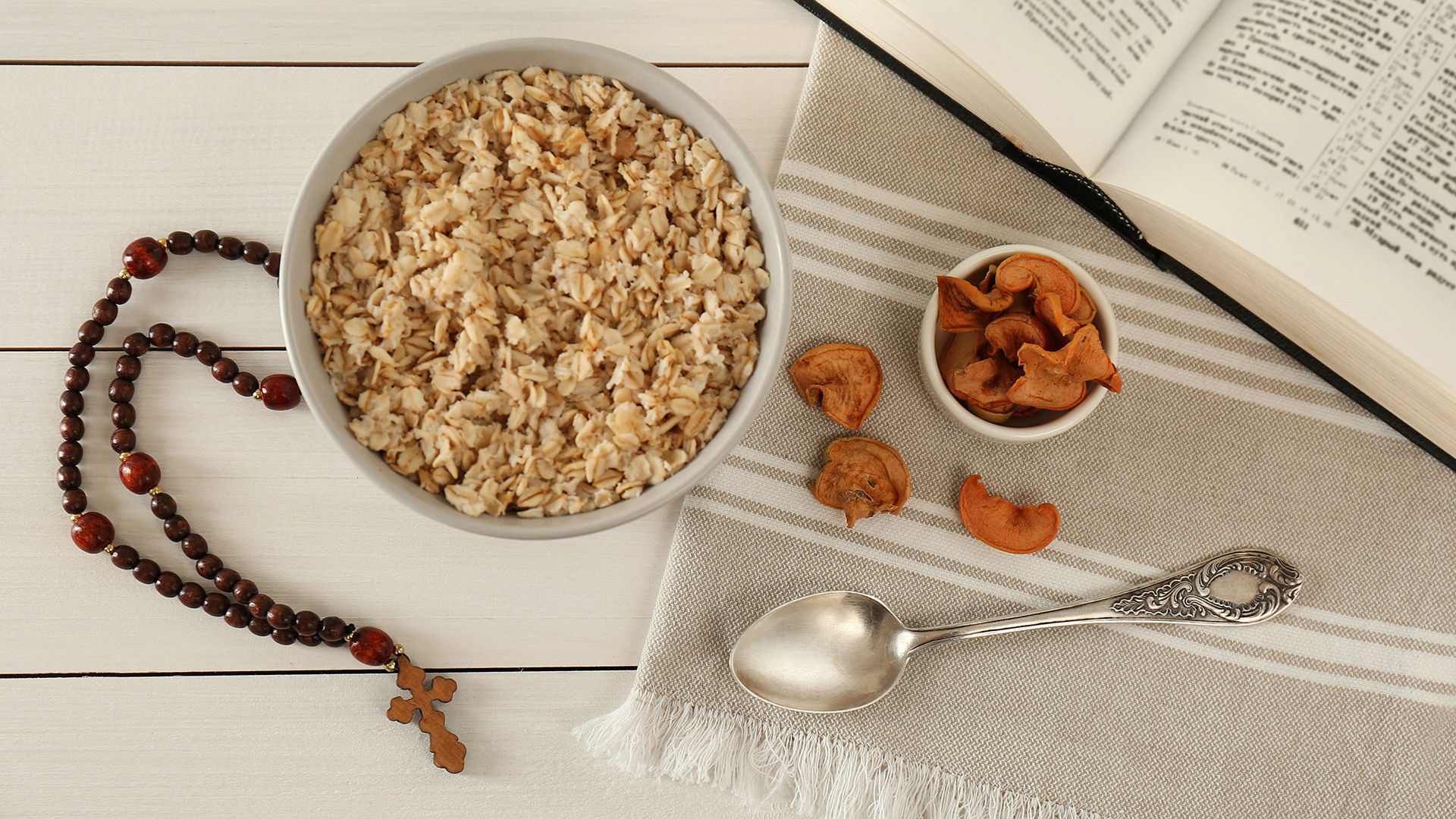 Legion Media
For believers, the Great Lent is not just about giving up certain foods. Its main purpose is to stop “eating” one’s loved ones; in other words, control one’s temper and impatience.

Great Lent is the strictest fasting season in the Russian Orthodox Church calendar. It begins right after Maslenitsa and lasts 48 days, until Easter (comprising 40 days commemorating Christ’s fast, two holidays: Lazarus Saturday and Palm Sunday and Holy Week). People observing it refrain from consuming animal products, but the Great Lent is not just about the diet. Rather, its meaning is to cleanse oneself spiritually and to prepare for celebrating Christ’s resurrection. In 2021, Great Lent starts on March 15 and lasts till May 1.

How does Great Lent start? 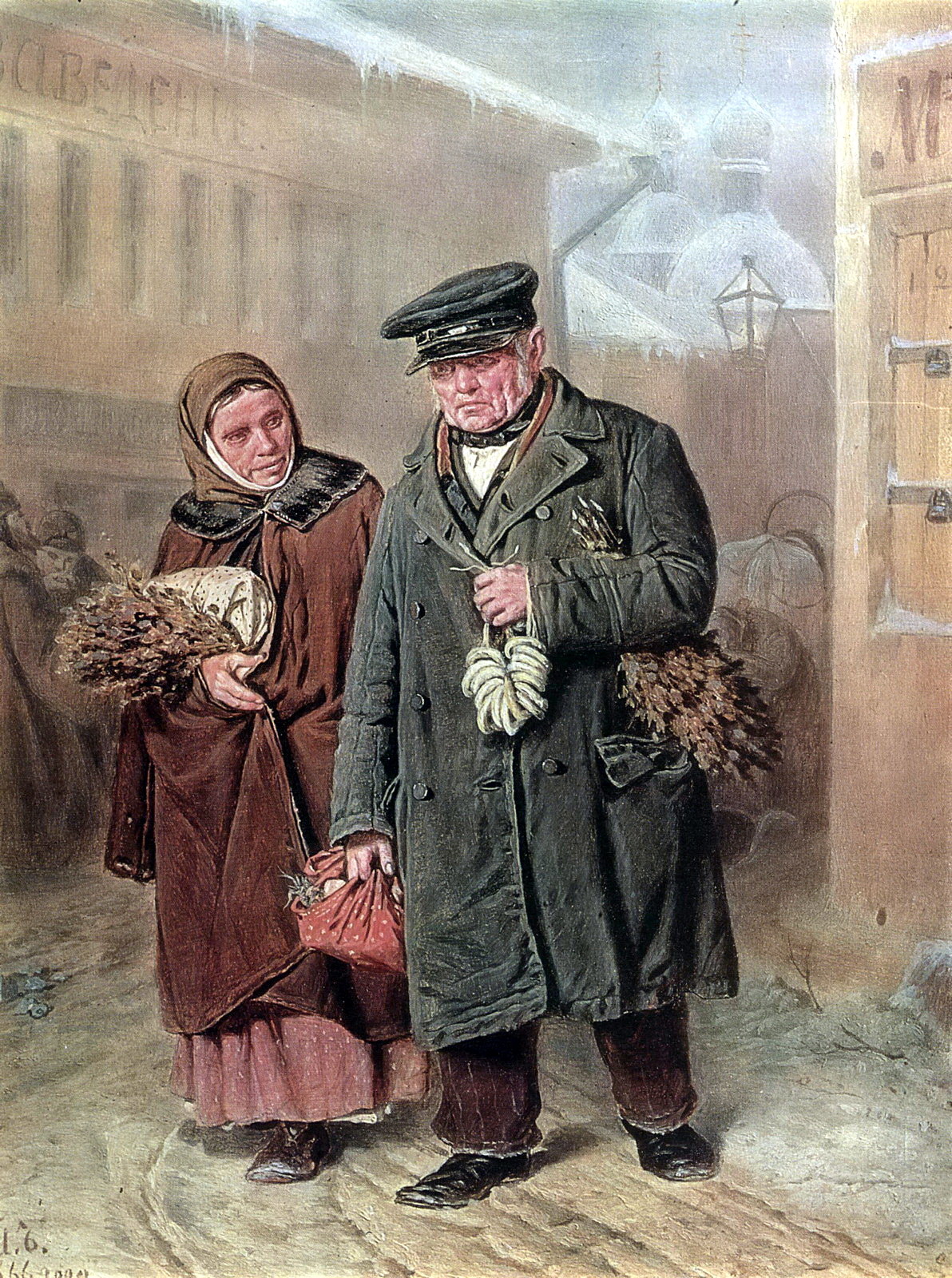 The first day of fasting is called ‘Clean Monday’. On this day, it is customary to clean one’s house, go to the bathhouse, get rid of bad thoughts through prayer and prepare to limit oneself in food and entertainment. Those who are of sound health are encouraged to abstain from food altogether on Monday and just drink water. On Tuesday, one can have bread and water and on Wednesday and Friday, raw food without vegetable oil. In general, the first and last weeks (or ‘sennights’, as they are called in church texts) of Great Lent are considered the strictest in terms of the deprivations believers undertake.

At the same time, exceptions are made for children, pregnant women, the elderly and those who are on the road. The Church recommends giving up certain foods to the extent possible and voluntarily. For example, persuading small children that they will be given fewer sweets than usual.

What foods are banned during Great Lent? 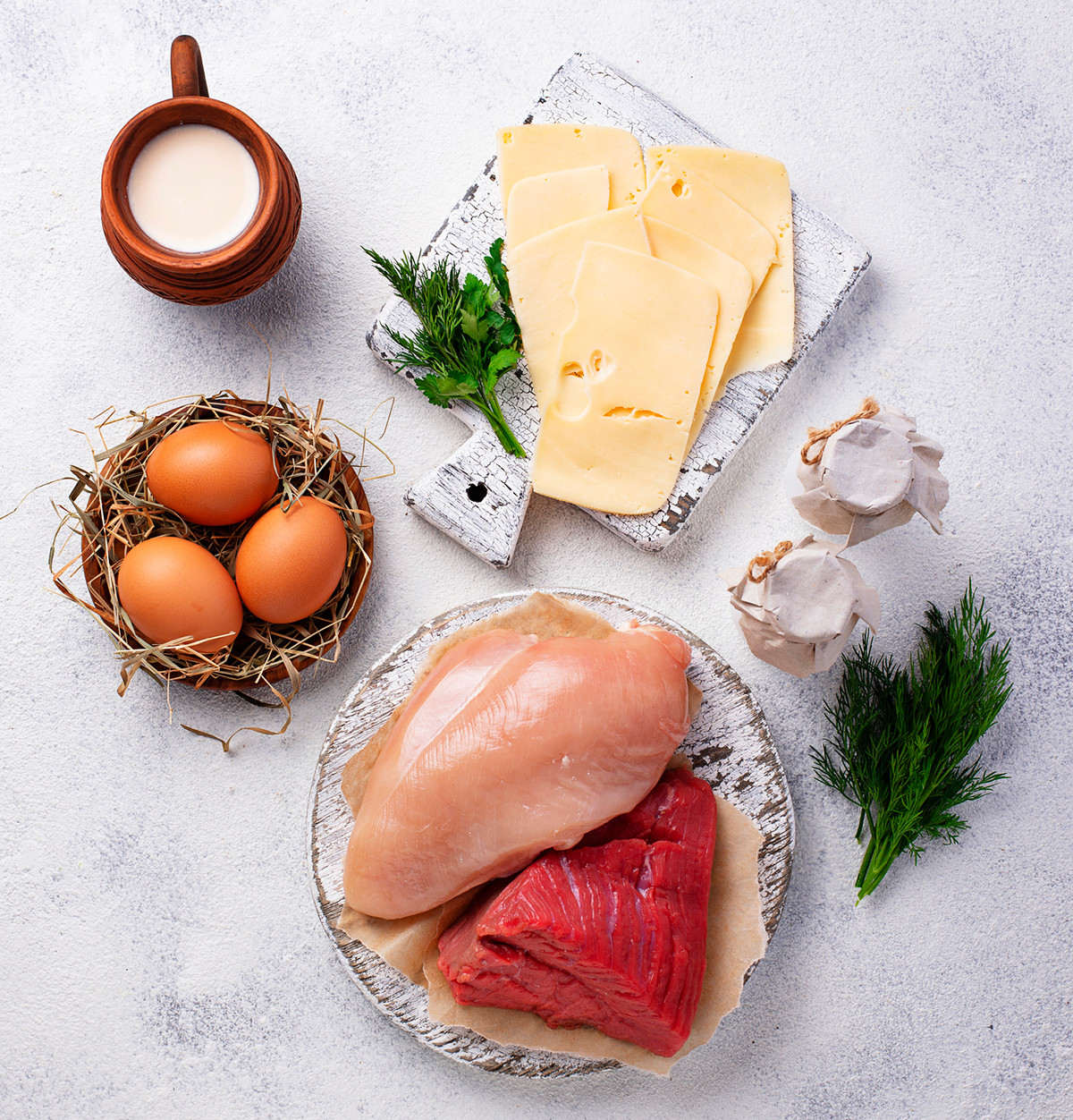 Throughout the entire period of fasting, believers must abstain from consuming animal products, namely meat, animal fat, dairy products and eggs. Fish and seafood are allowed only twice during the Great Lent: on the feast of the Annunciation (which in 2021 falls on April 7) and on Palm Sunday (April 25 this year). On Lazarus Saturday (which comes on the eve of Palm Sunday) one can treat oneself to some caviar. Alcohol is banned throughout the Great Lent, but on Sundays, as well as on Lazarus Saturday and the Thursday of Holy Week, a glass of red wine is allowed.

However, the main purpose is not to “eat” one’s loved ones mentally or emotionally and to control one’s anger and irritation.

Which foods are allowed during the Great Lent?

On weekdays, believers are supposed to eat once a day, in the evening, whereas on weekends, they can have two meals a day.

During the Great Lent, days are divided into those when one can eat raw food and those when hot meals are allowed. On Mondays, Wednesdays, and Fridays, there should be raw food without any vegetable oil; on Tuesdays and Thursdays, hot food also without vegetable oil; and on weekends, boiled food with vegetable oil.

The core of the Great Lent diet is made up of various cereals: pearl barley, oatmeal, buckwheat - the choice is infinite. Other staples are: vegetables, fruits, nuts, beans, mushrooms, bread and honey. Often believers cook lean soups, vegetarian cutlets and pies. In terms of drinks, the choice includes: water, any teas, coffee, chicory coffee, herbal infusions and fruit drinks. Food consumed during Lent is not supposed to have a strong flavor, so spices are best avoided. Also, preference should be given not to fried but to boiled, stewed or baked food.

Furthermore, meals should not be heavy and believers are advised against eating too much of their favorite foods. If you can eat a whole basin of dumplings with cabbage or a dozen pies with potatoes in one sitting, it is better to avoid these dishes altogether even though they are suitable for a Lent diet. 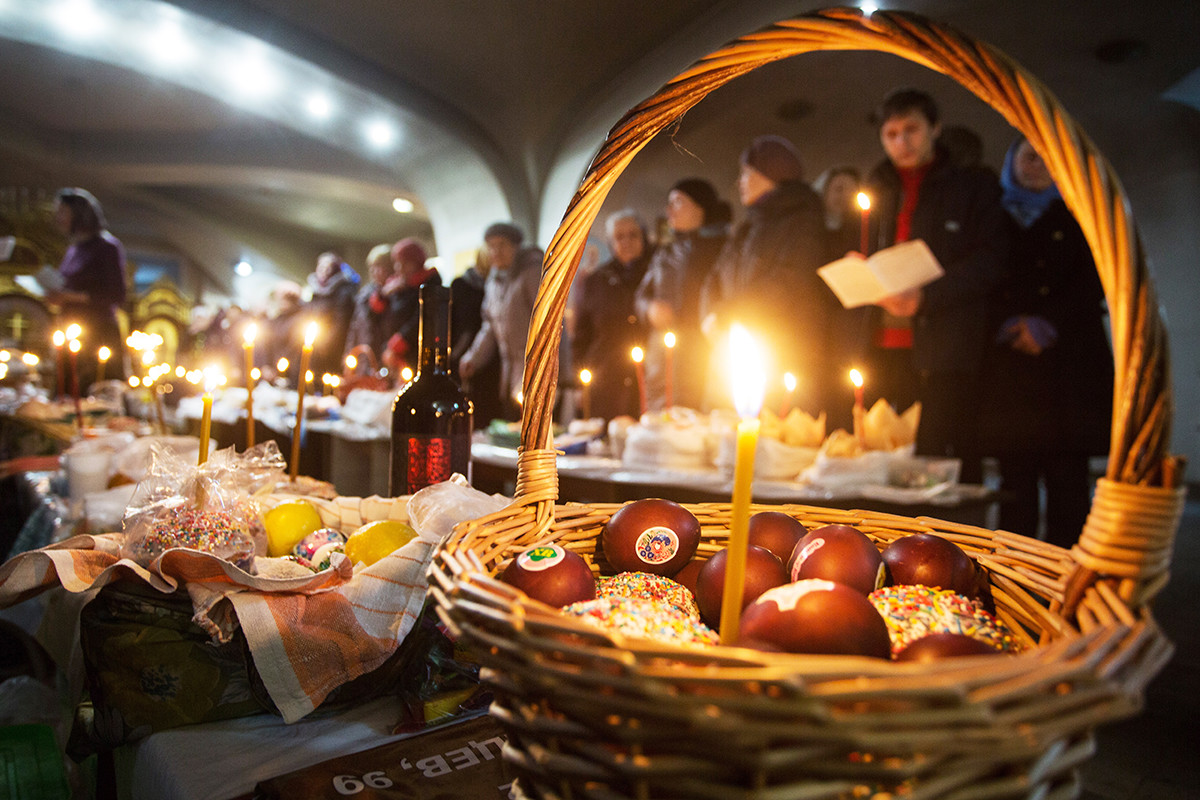 The final week before Easter is called Holy Week. From Monday to Wednesday, believers are allowed to eat raw food without vegetable oil; on Thursday, they can indulge in some hot food with oil and wine; whereas on Friday they should abstain from eating altogether (and can drink only water). On Saturday, the Great Lent concludes with raw food without oil, but with wine. And, on Sunday, Easter is celebrated with kulichi, paskha, and painted eggs.

What else is forbidden during the Great Lent? 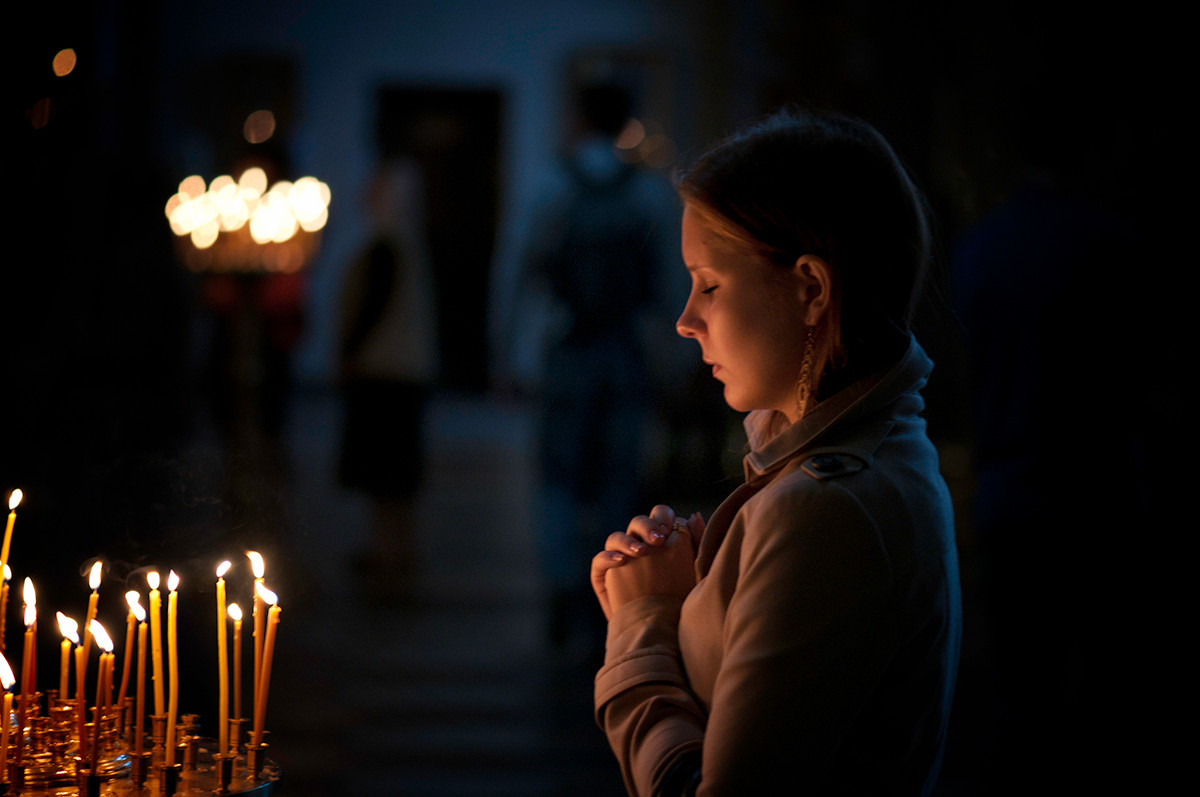 Activities forbidden during the Great Lent include: all forms of fortune-telling (the church does not approve of divination, in general), smoking (one should at least try to beat the habit), drinking strong alcohol and having sex. That is why the Orthodox Church does not perform marriage ceremonies during Lent. Also, it is recommended to refrain from entertainment and merry festivities, devoting one’s free time to prayers instead.

The purpose of the Great Lent is to fight one’s passions, in order to become spiritually closer to God. Even if you cannot limit yourself in food, you can try to direct your efforts to doing good deeds.

How is the Great Lent in Eastern Christianity different from Lent in the Roman Catholic Church?