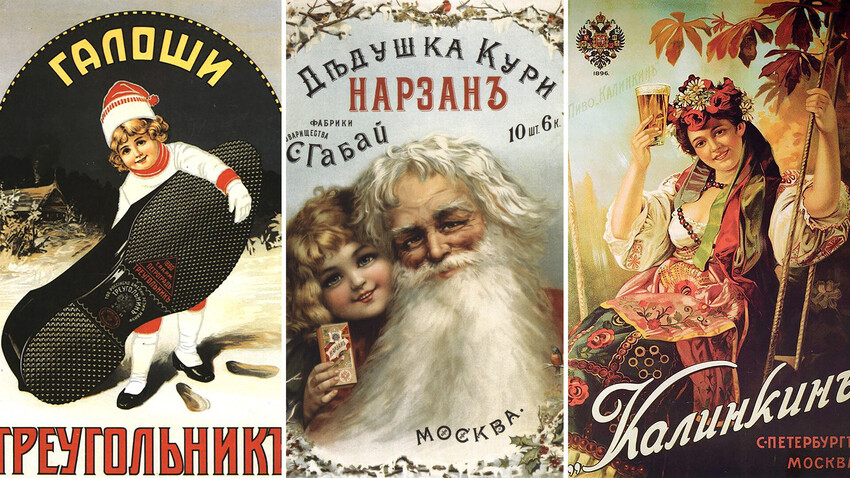 Public domain
The advertisement industry rapidly developed in Russia in the 19th century. Many of the ads of this era were akin to art.

Advertising in Russia first appeared in the form of ‘lubok’, a popular print characterized by simple graphics and narrative. In addition to religious stories and popular tales that comprised a massive portion of these prints, they were also used for advertising. For example, some prints advertised tobacco, footwear and other products.

Some merchants hired touts who solicited potential customers for them via a direct approach. These people were paid to be vocal in their praises of a certain product, thus increasing sales.

This primitive form of advertisement paved the way for a more elaborate approach to marketing in Tsarist Russia. In the early 19th century, advertising posters, banners and signs started gaining popularity in Russia. From then on, ads developed significantly.

Advertising developed so rapidly that, soon, the streets of Moscow and St. Petersburg were littered with advertising signs. 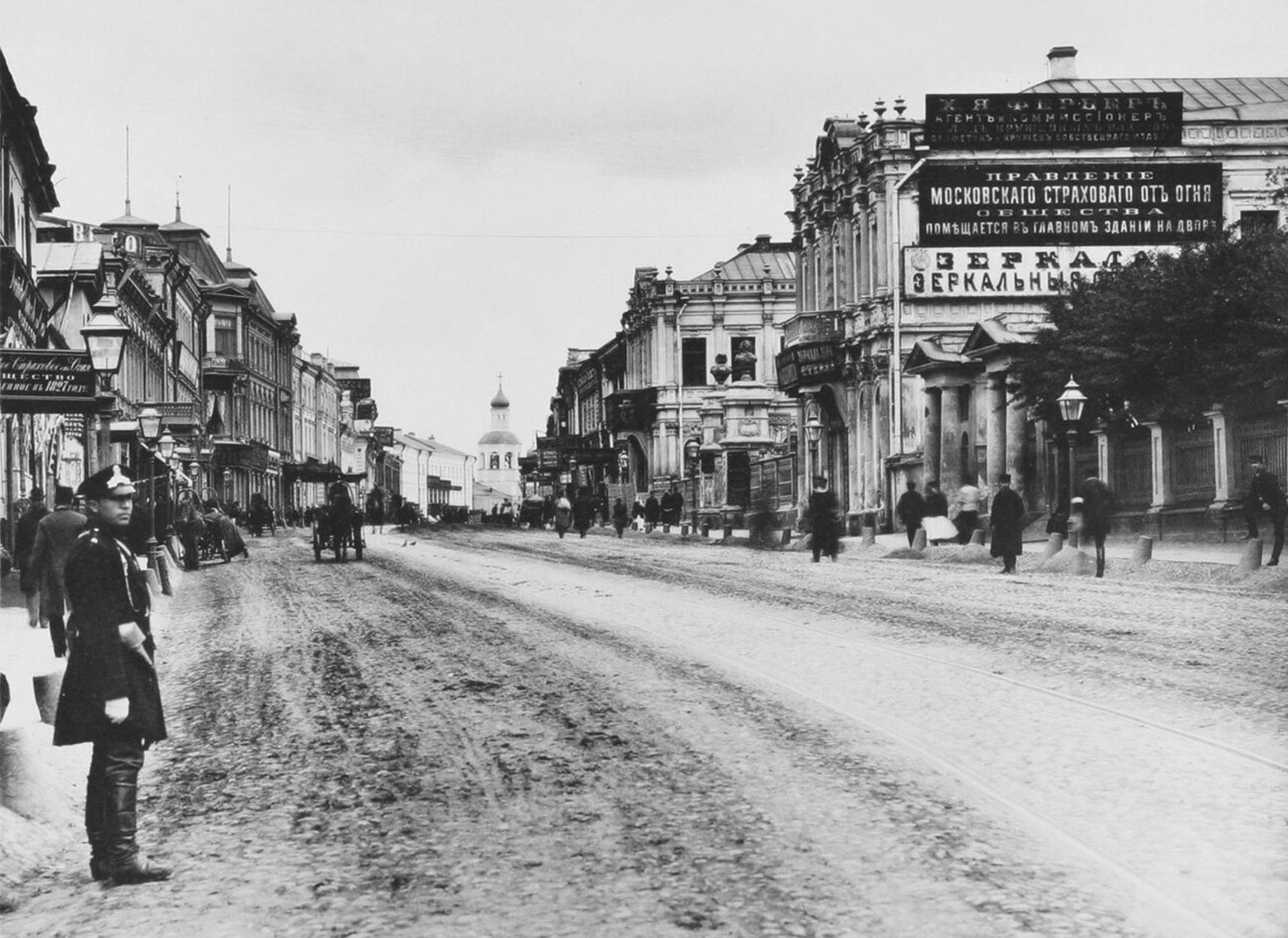 Magazines and newspapers now ran advertisements, too. These ads sold everything from medical and decorative cosmetics for women who desired to conceal freckles or acne to styling pomades, elixirs, rubs, fixatives, fragrant oils and various infusions for hair and mustache growth designed for men. 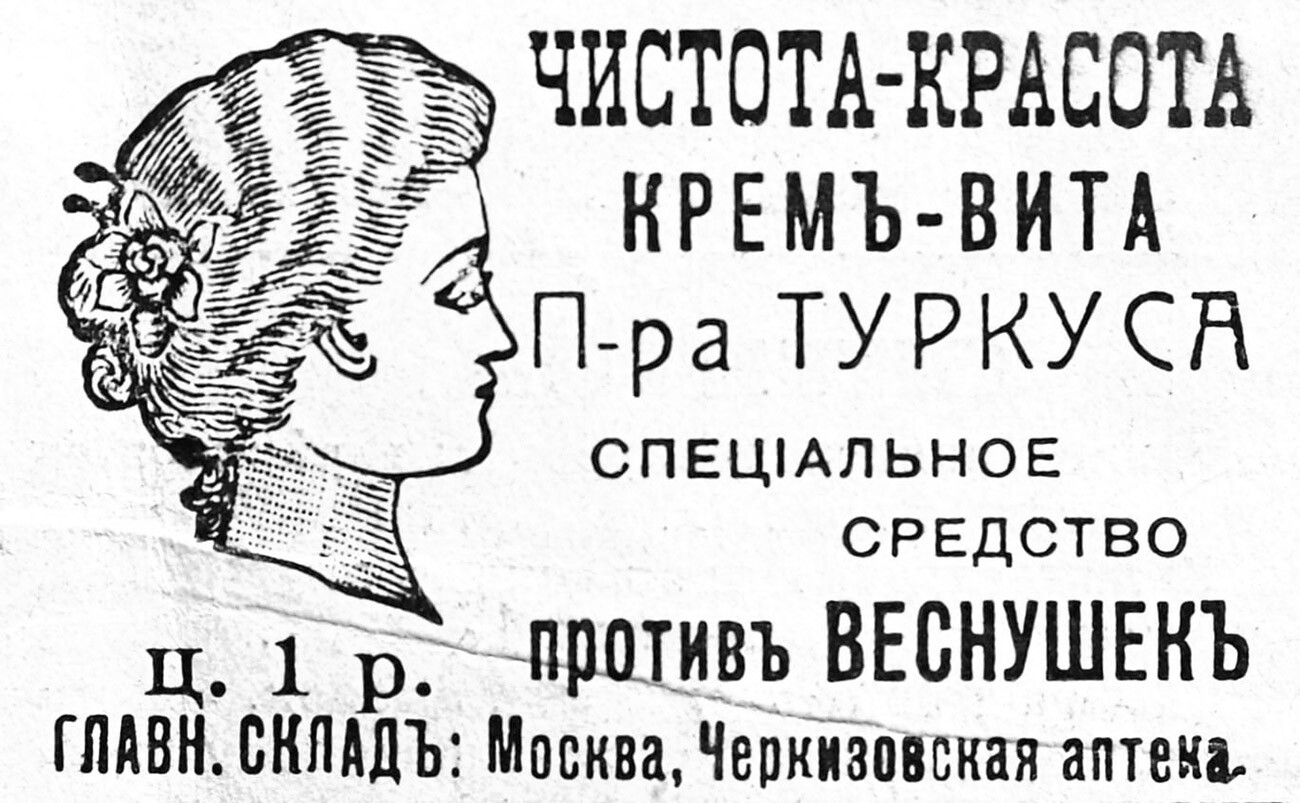 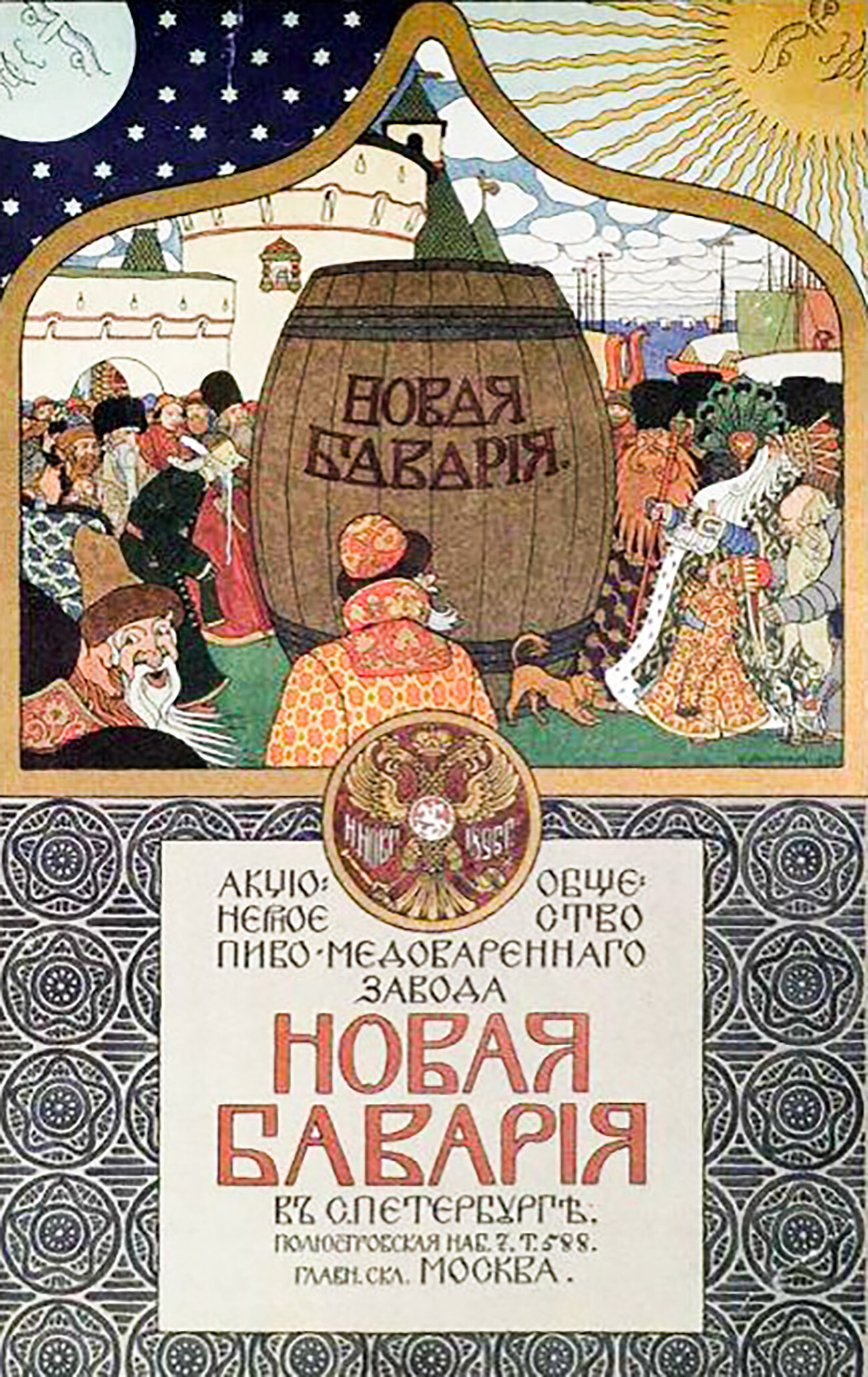 Sometimes, foreign artists were hired for the job. This poster for Abrikosov & Sons Partnership, a famous confectionery producer, was designed by German and Austrian artists. 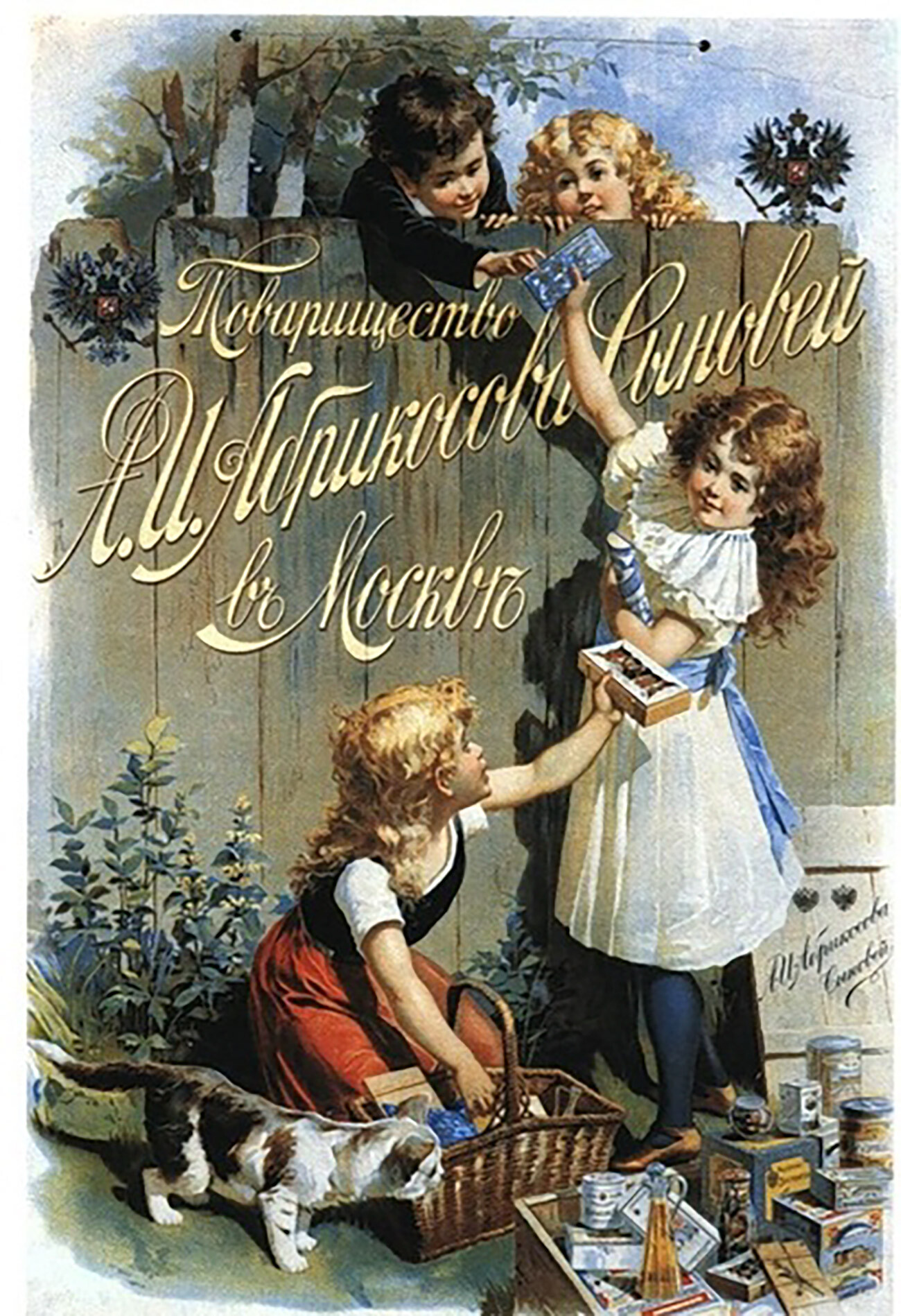 Sweets and chocolates advertising was very popular in Russia in the 19th century. 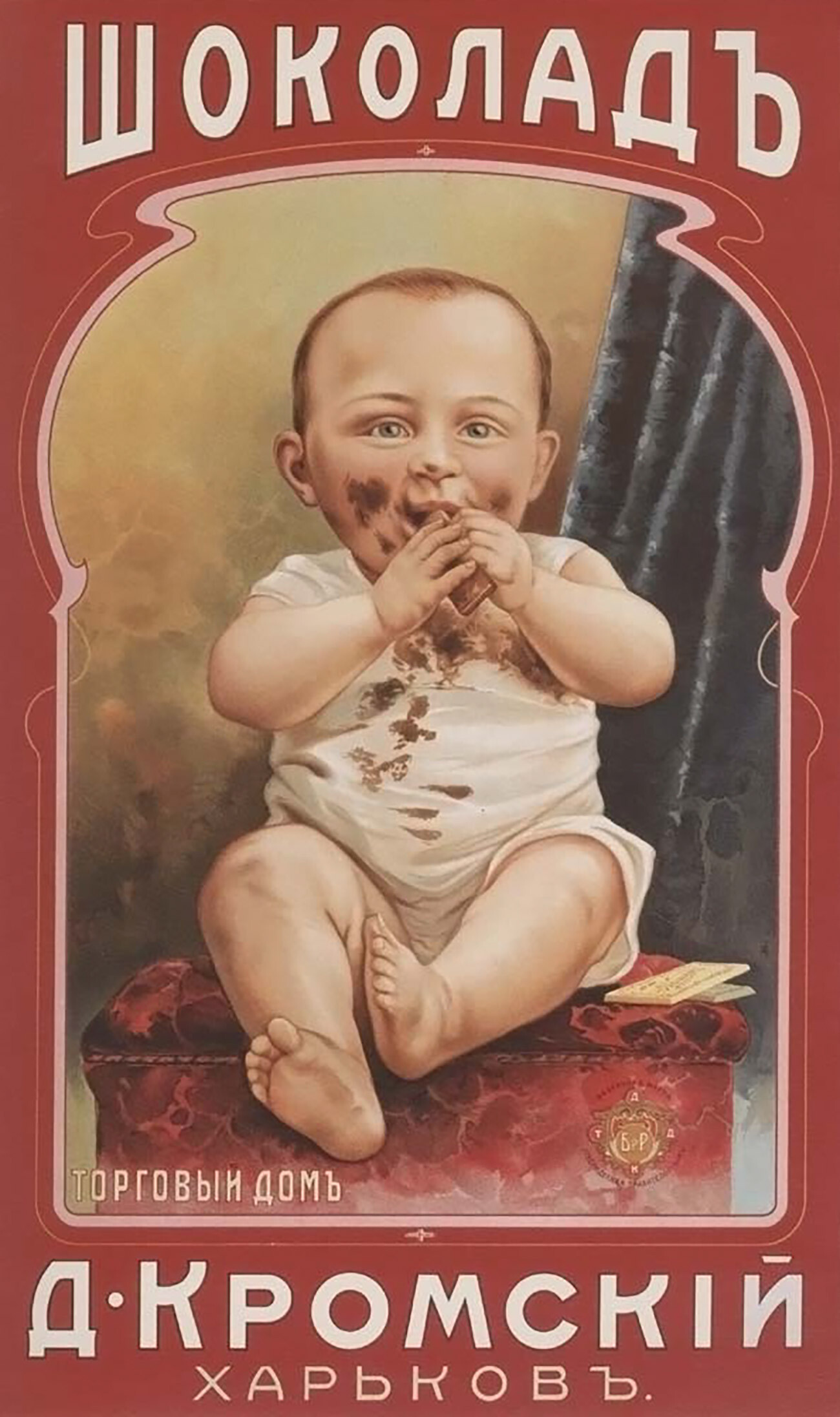 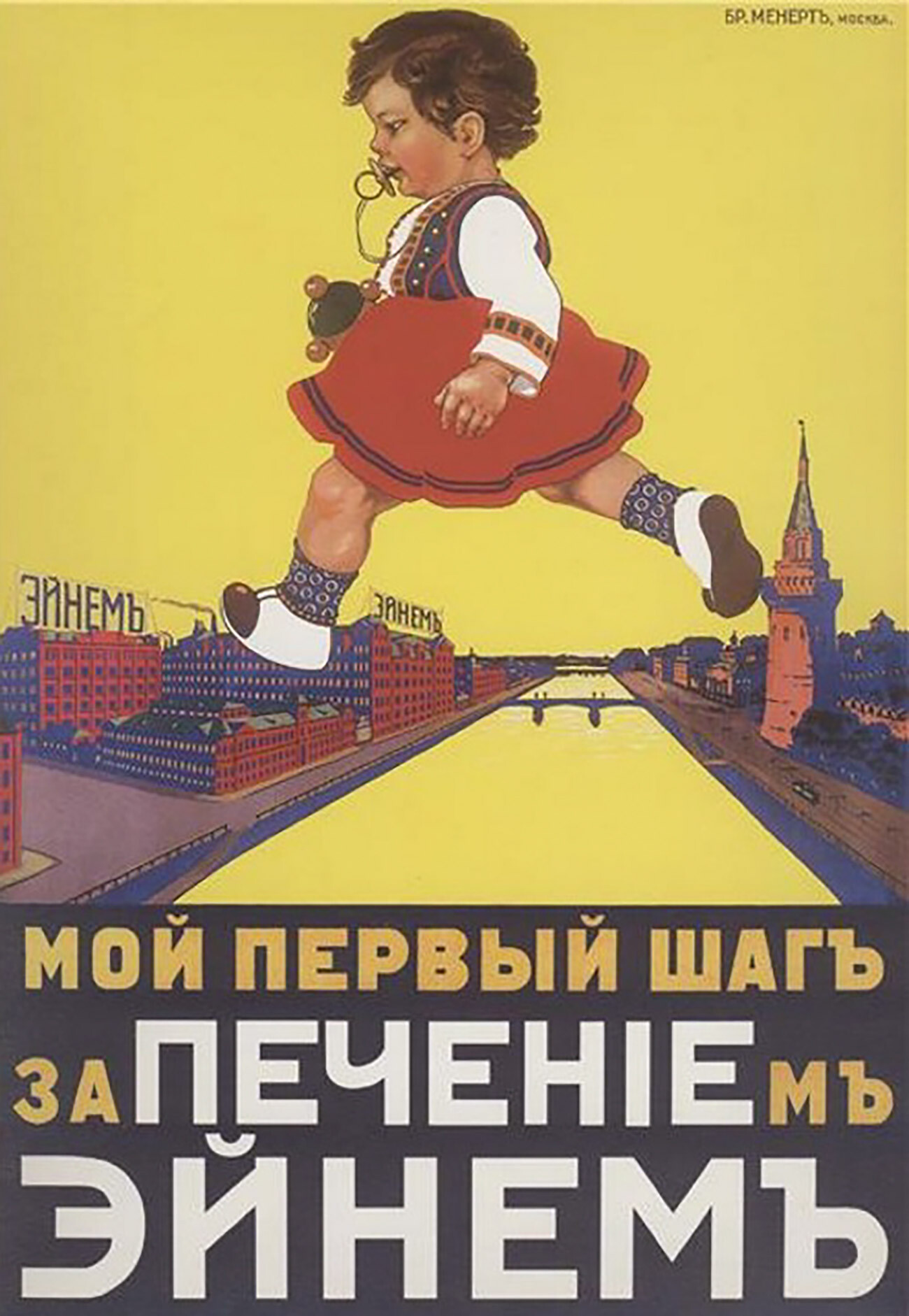 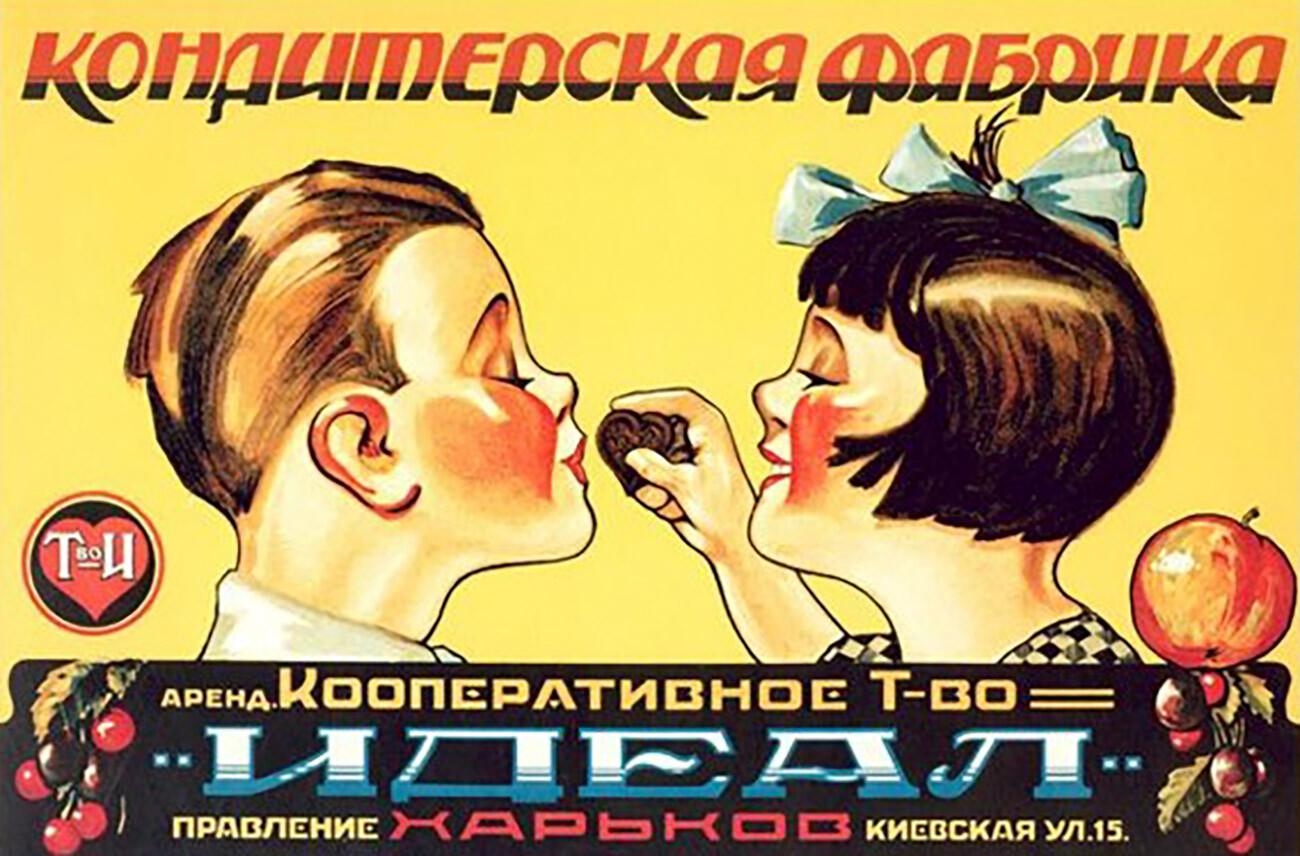 An ad by Singer, an American sewing machine manufacturer, was very popular in Russia. It appeared on posters by the roadside, on house fronts, in store windows and in newspapers and magazines. 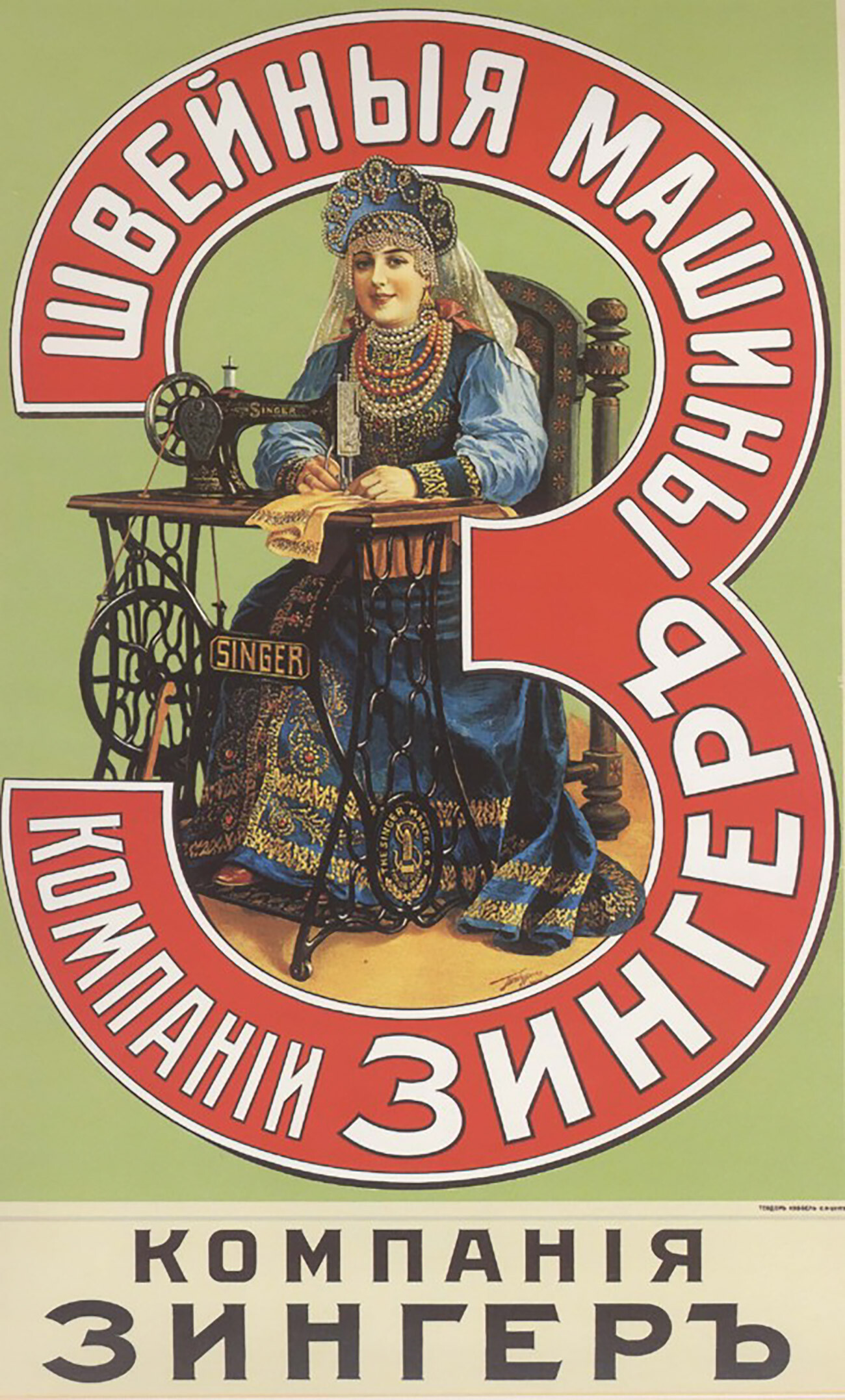 Another American company that advertised heavily in Tsarist Russia was Kodak. Ads for its compact cameras regularly appeared in print. 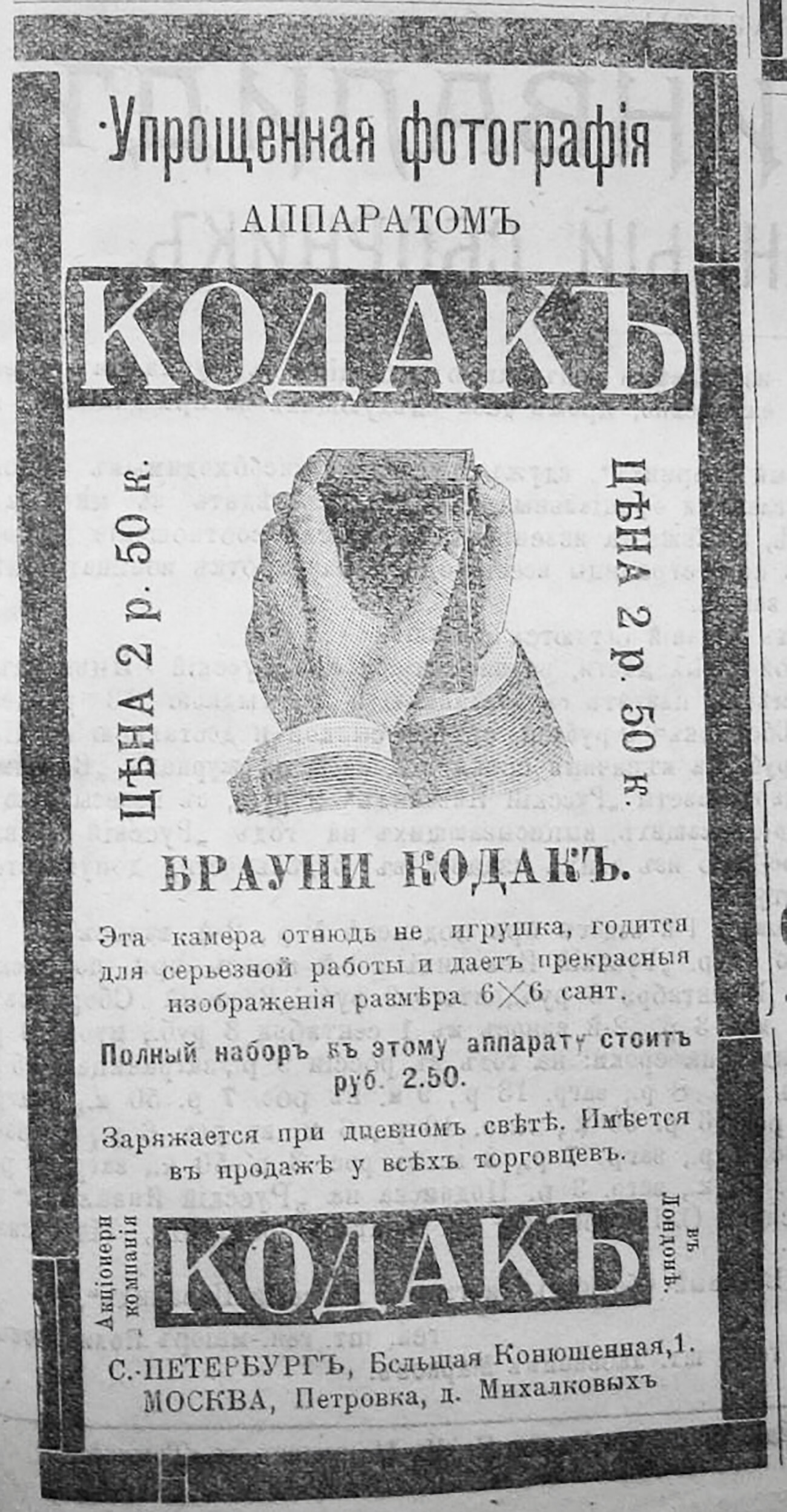 At the end of the 19th century, many advertising communications used visually attractive images to convey a certain emotion and not simply deliver a message about a product.

For example, this poster uses the image of a girl who lovingly offers her grandfather a pack of allegedly the best cigarettes available at the time. 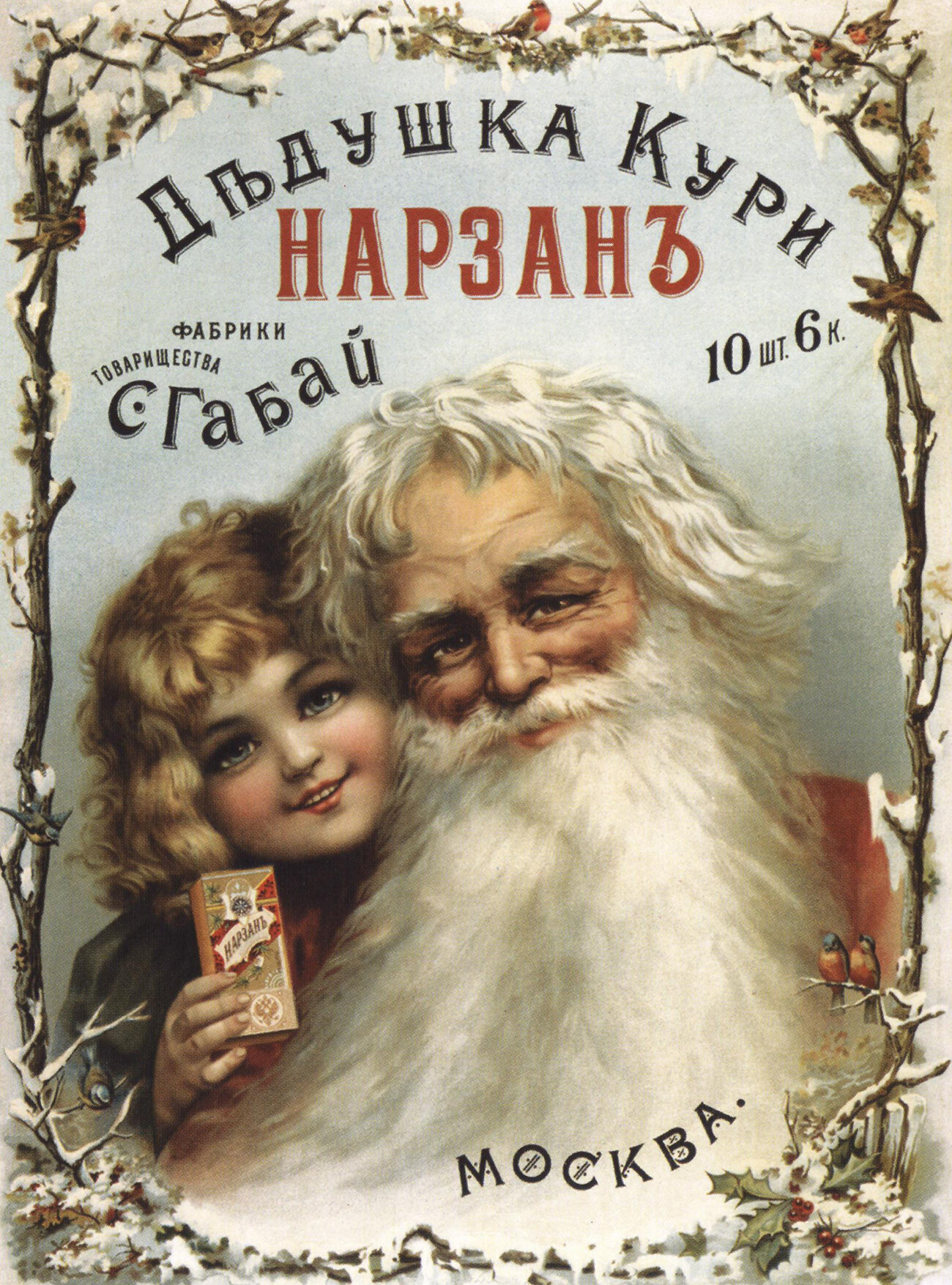 Another advertisement for a tobacco product claimed its cigarettes taste like cream.

There were quite a few ads for cigarettes and tobacco in Tsarist Russia. 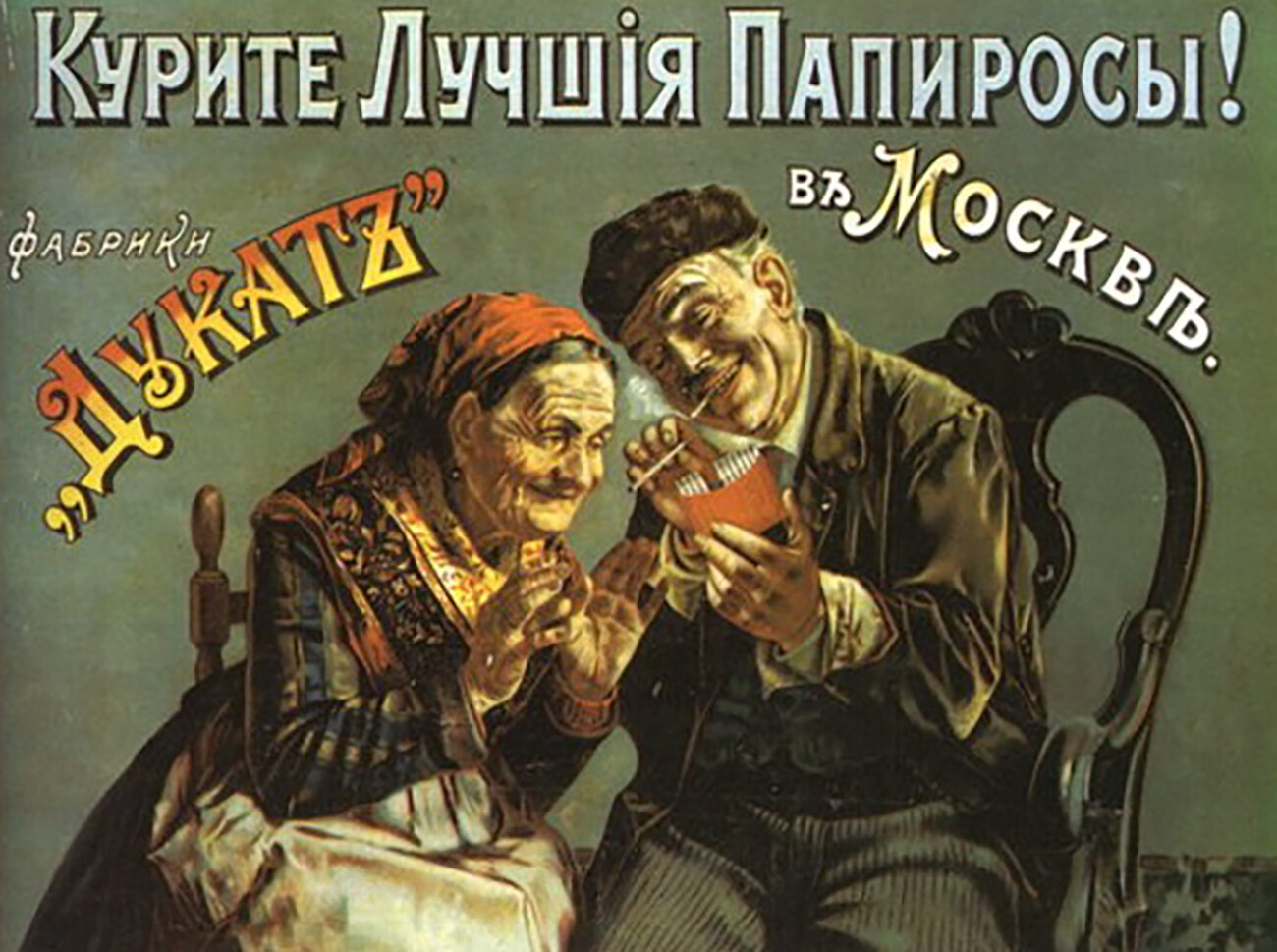 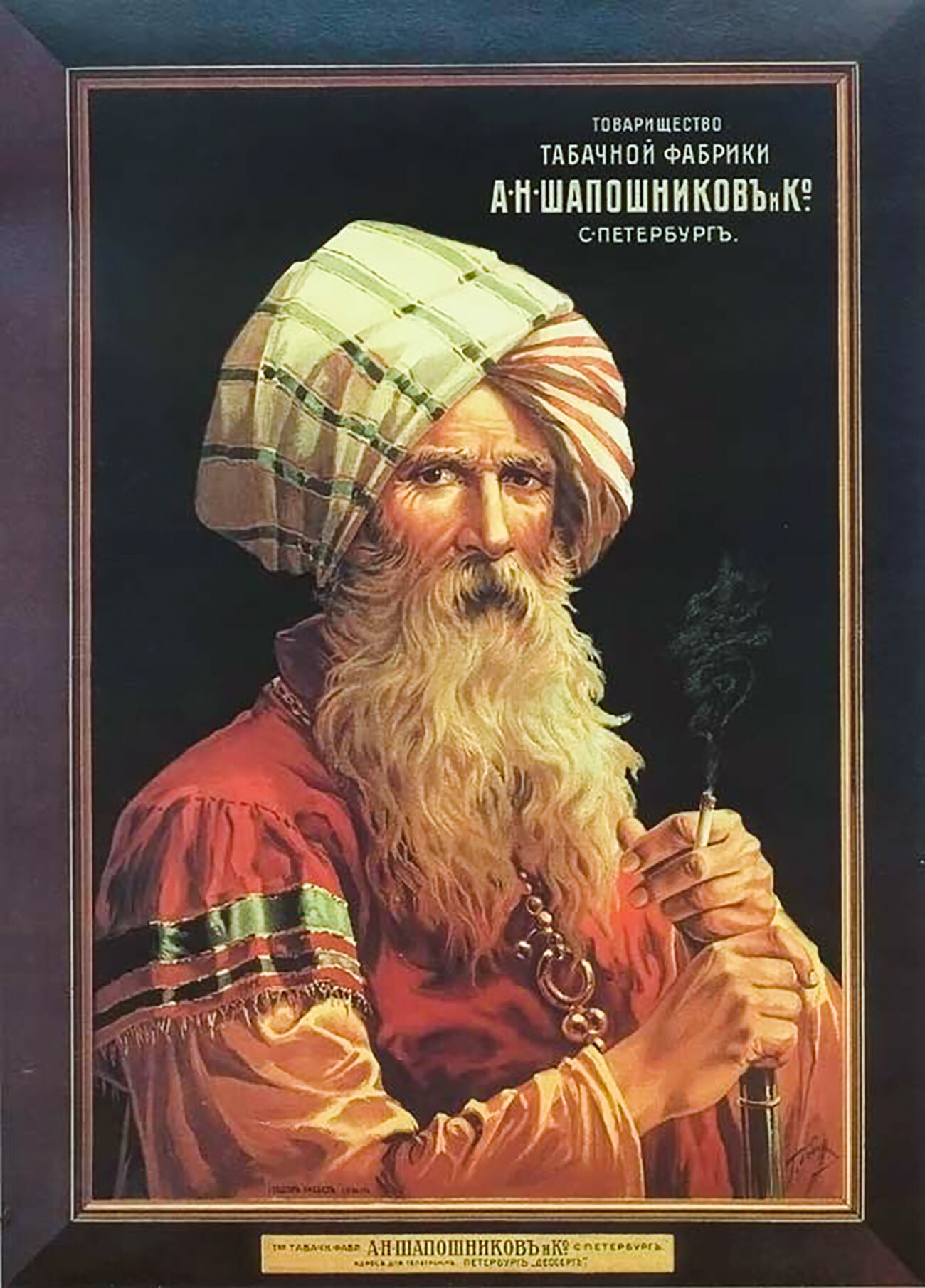 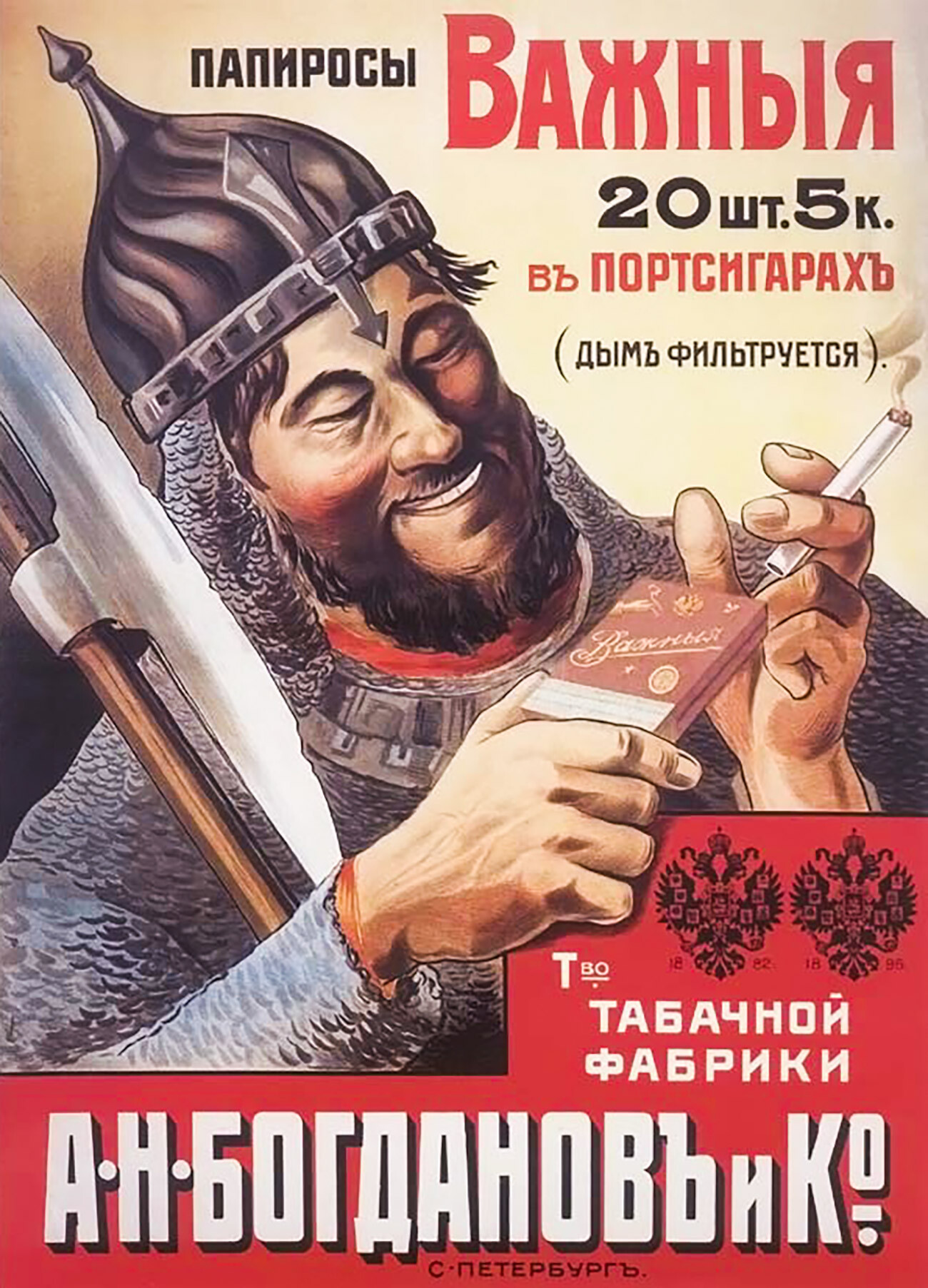 These posters depict images of women to advertise such goods as perfume, soap and beer. 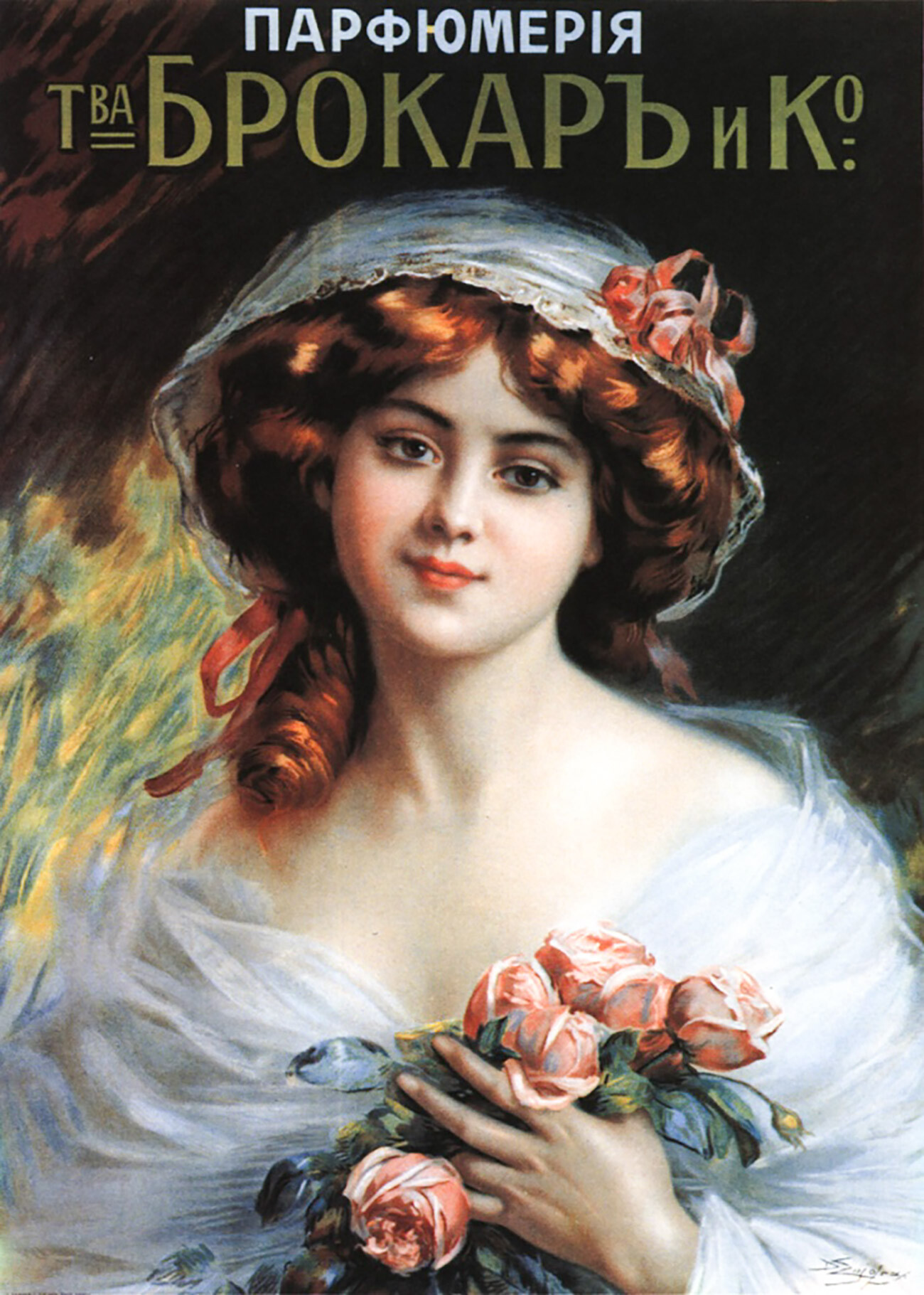 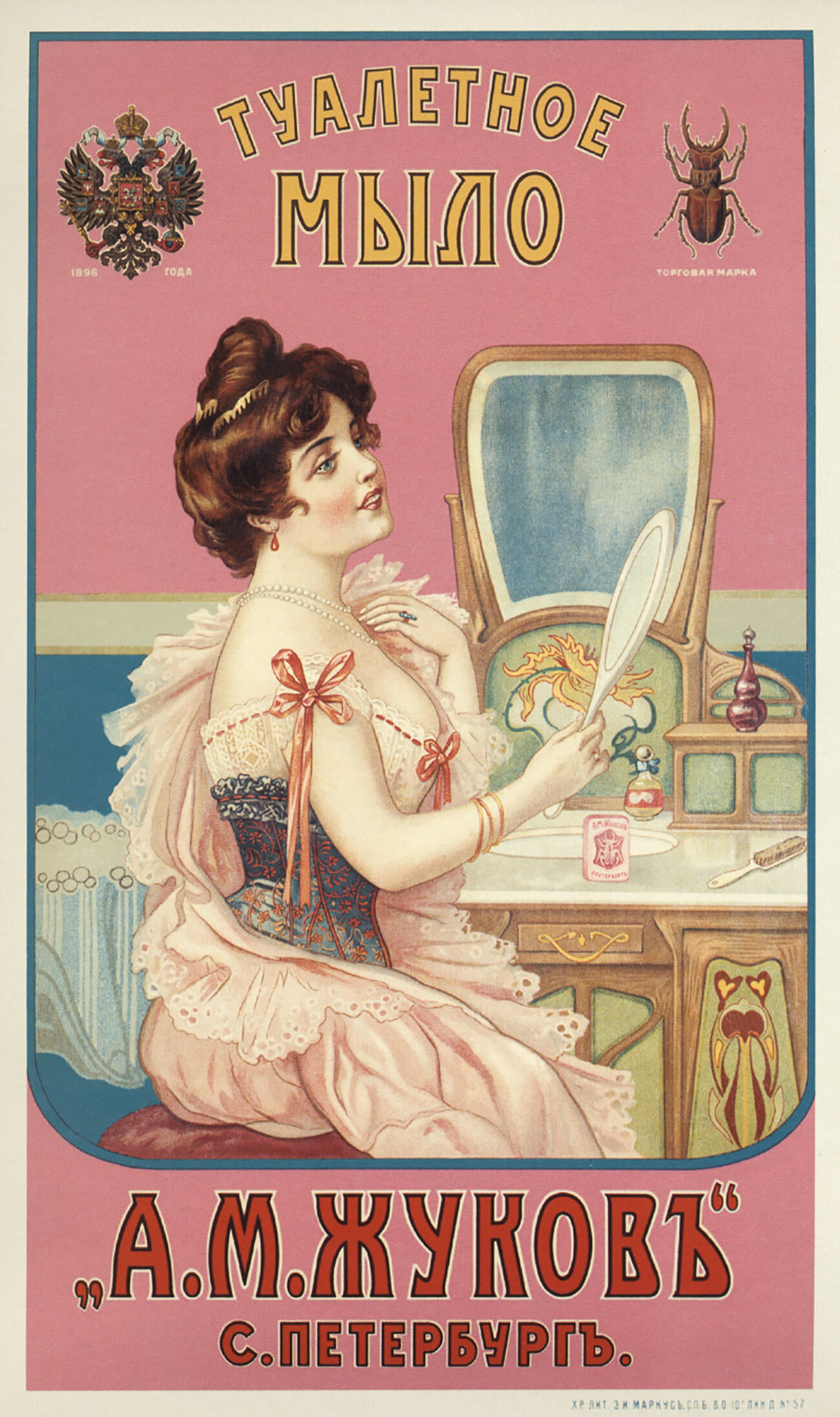 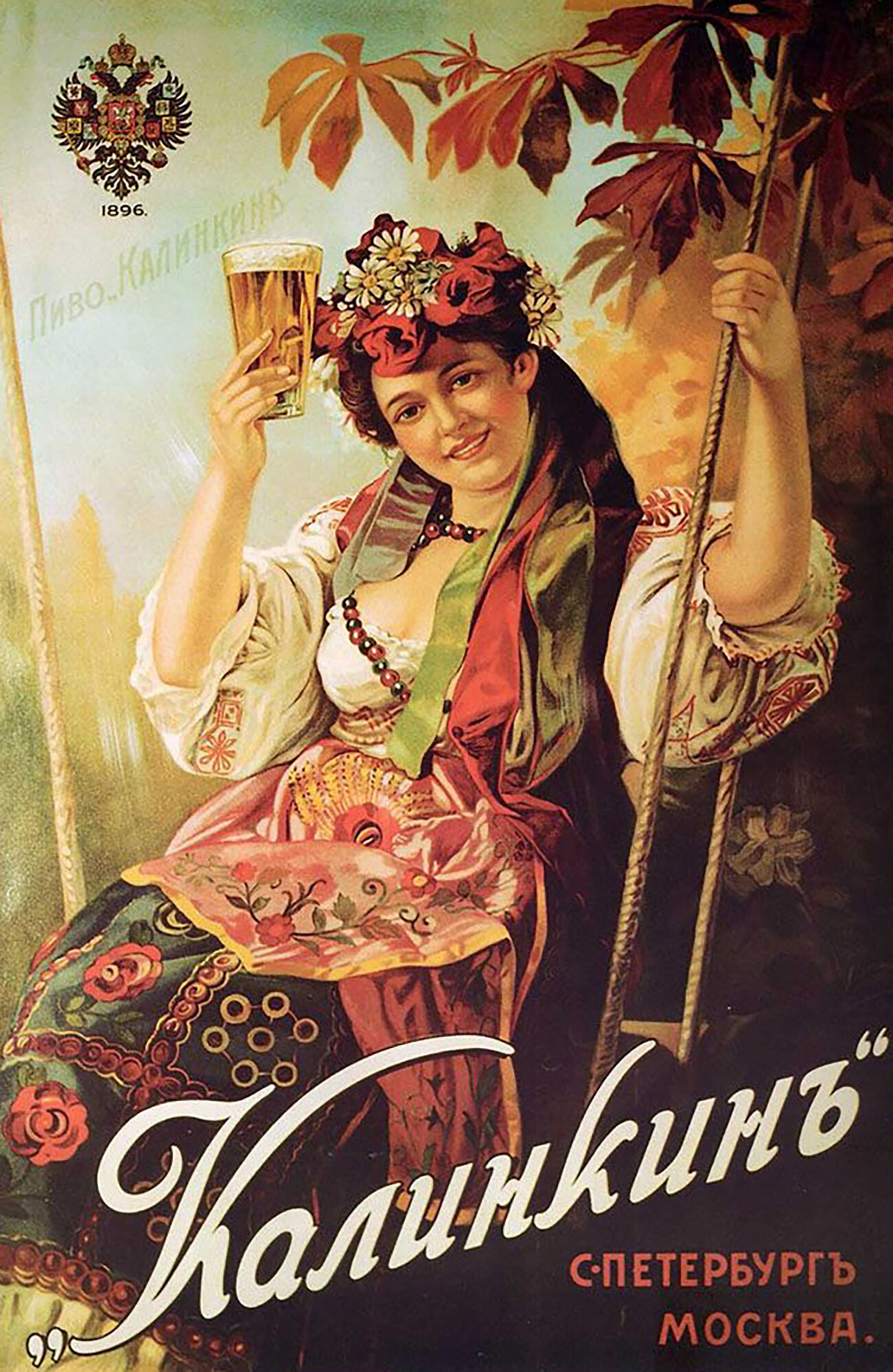 This is a poster advertising canned food. 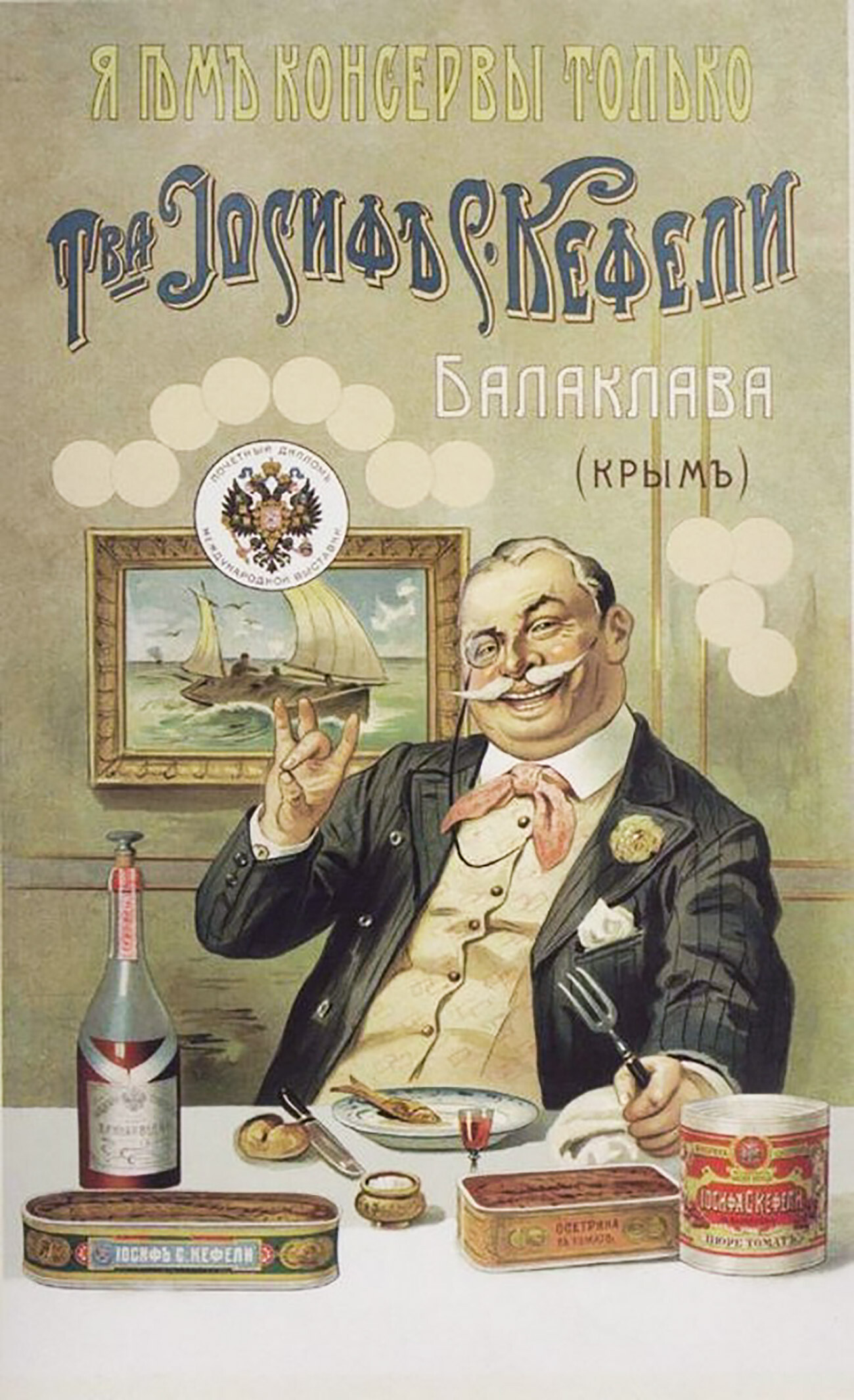 This is an ad for oil lamps produced in Riga and sold in St. Petersburg. 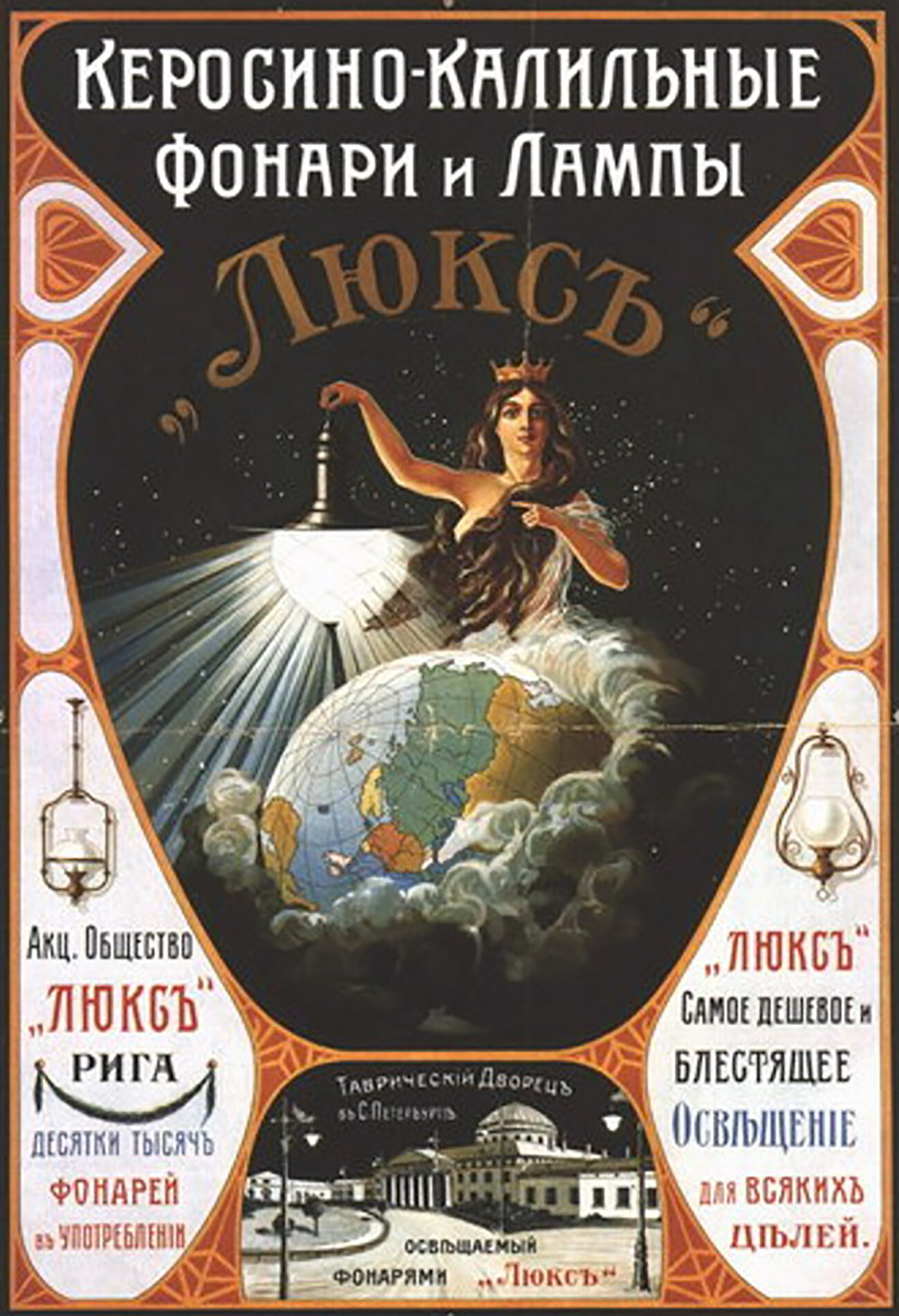 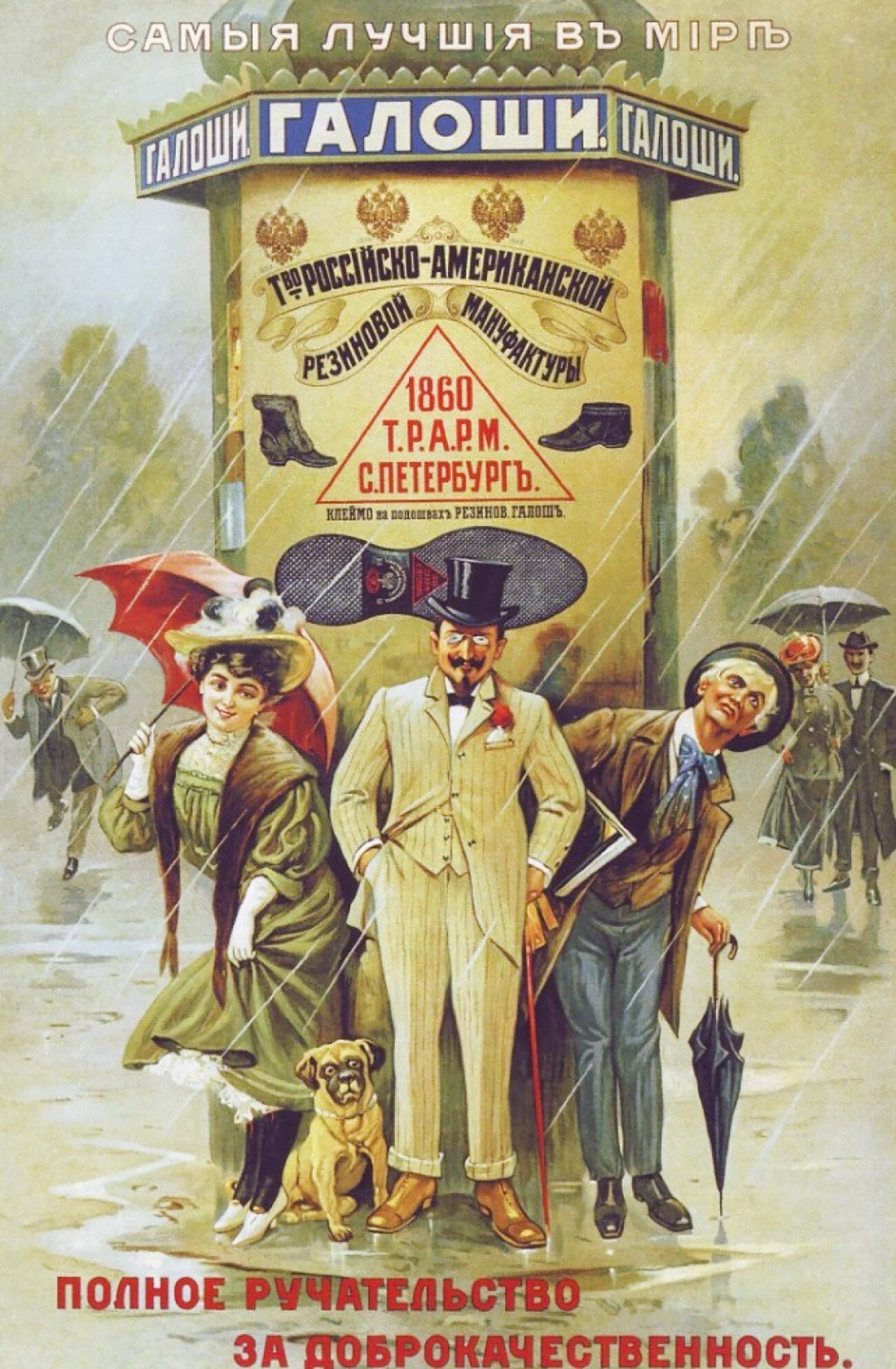 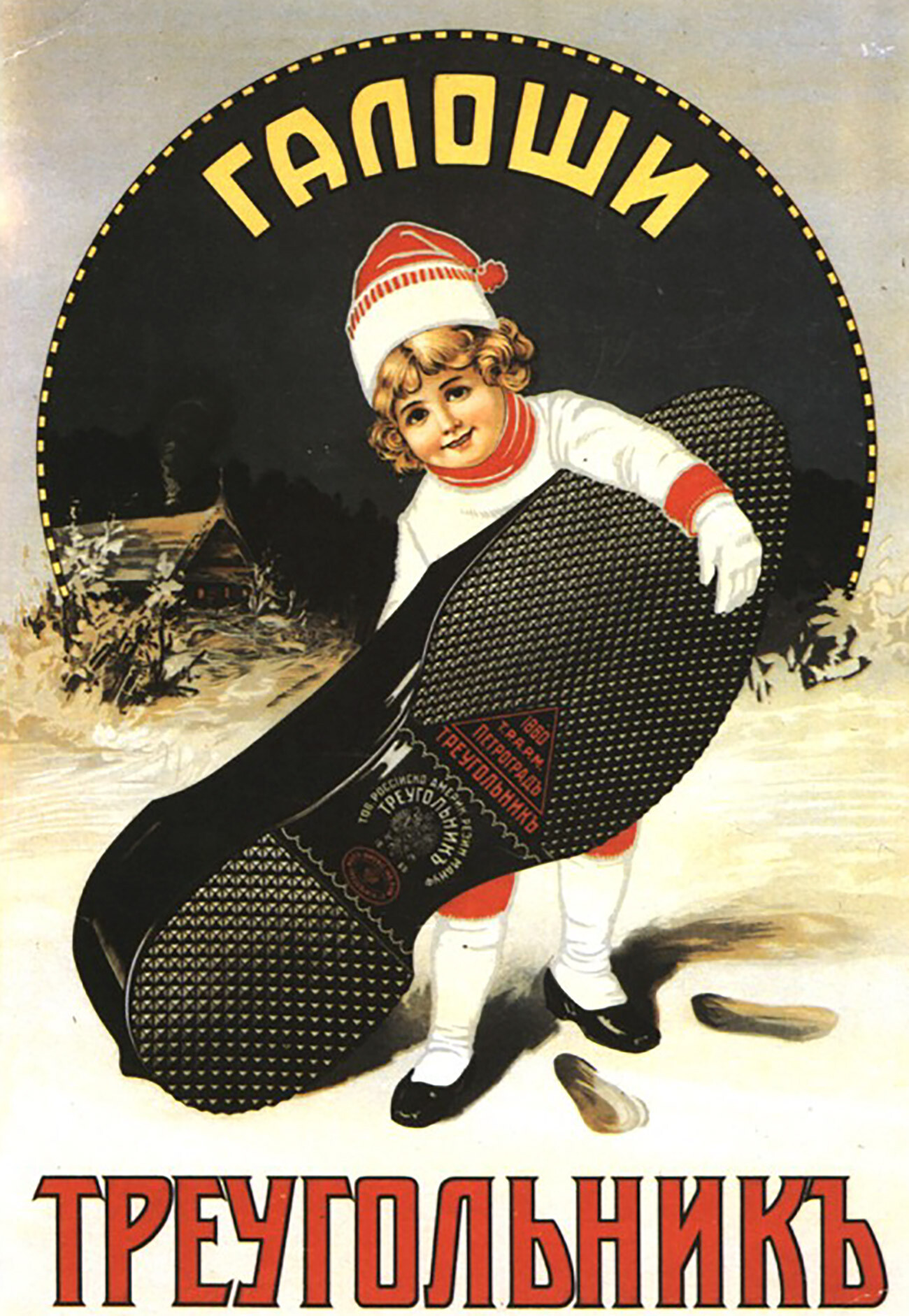 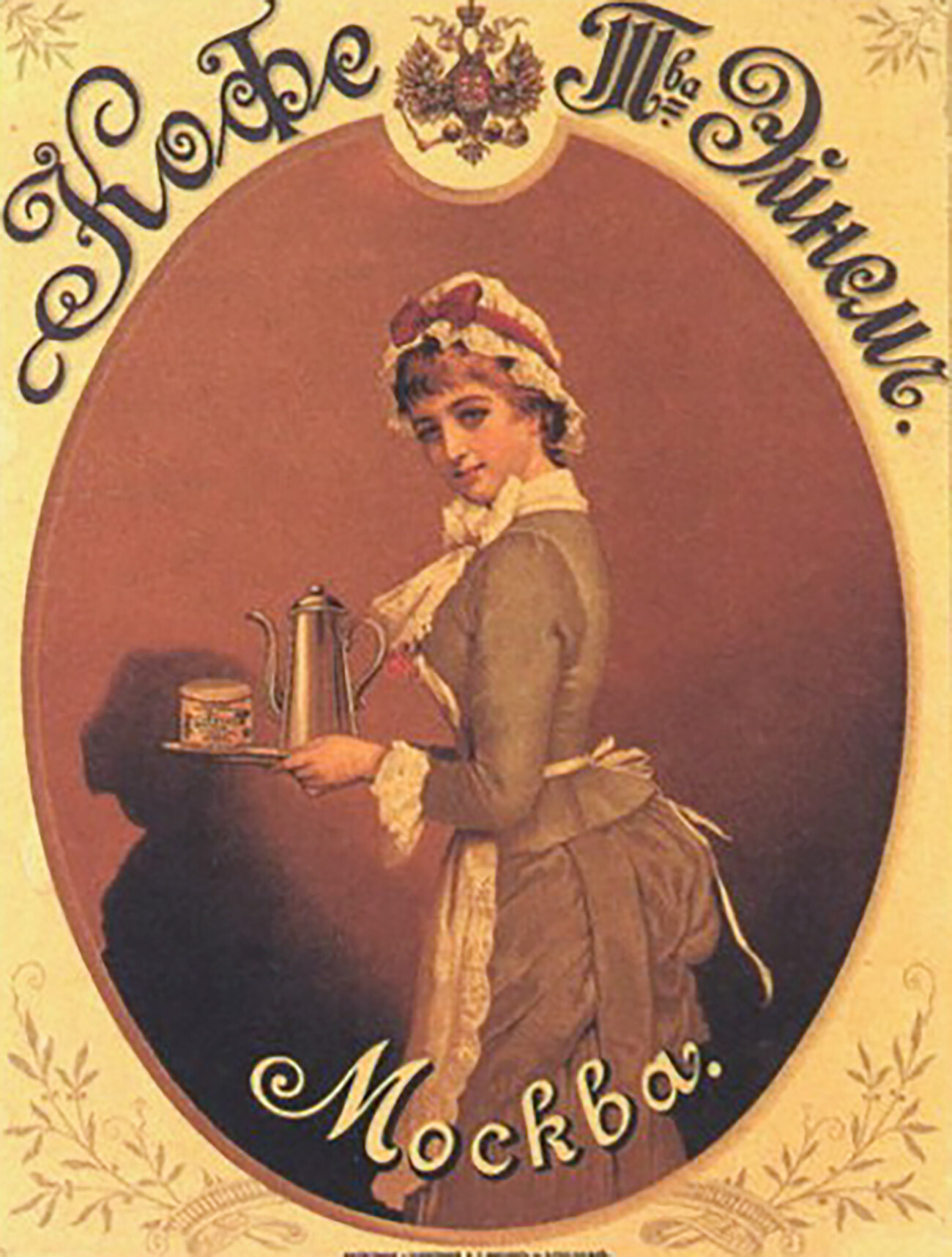 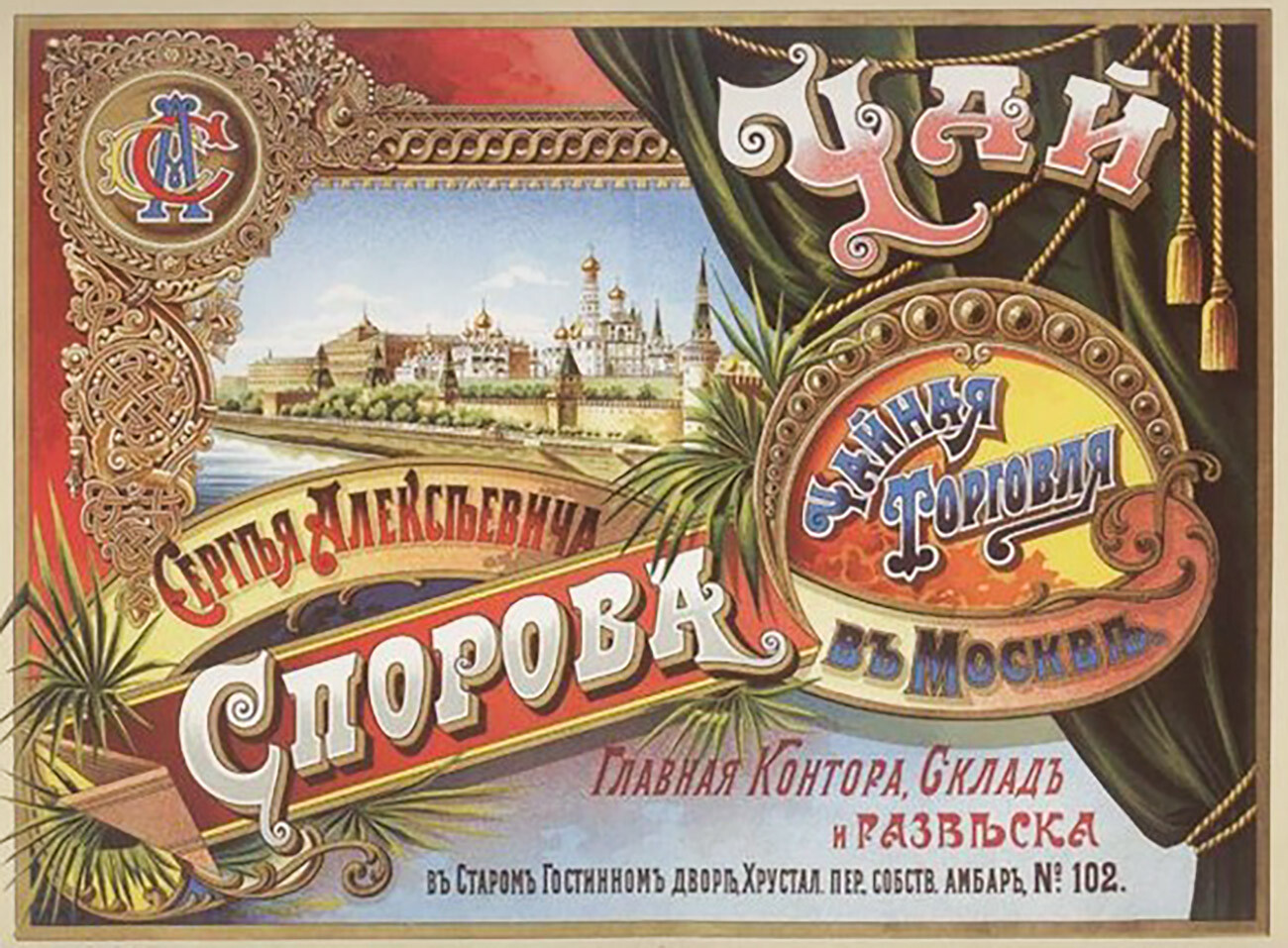 Ads for alcoholic beverages like beers, cognacs and wines were also widespread. 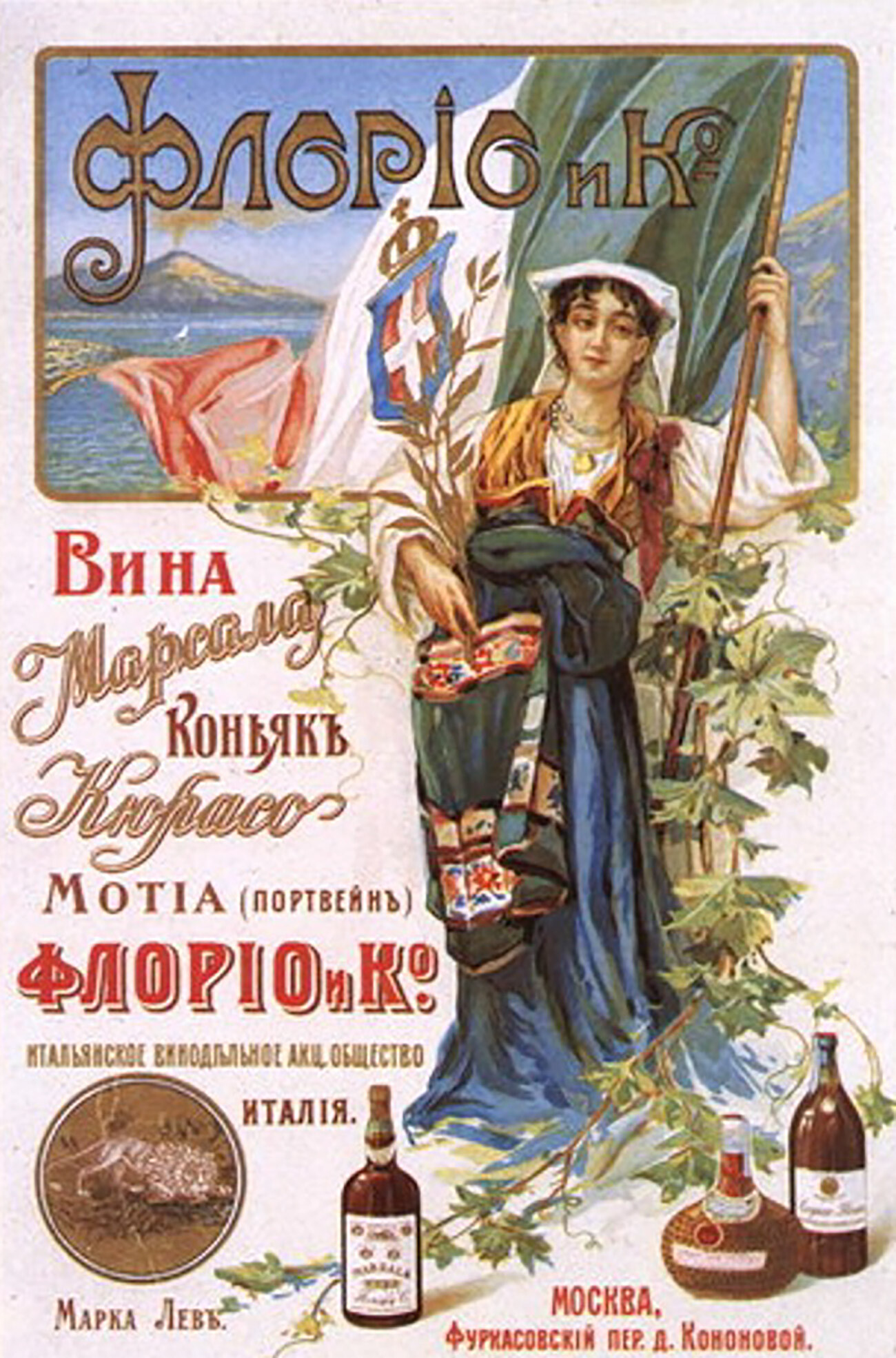 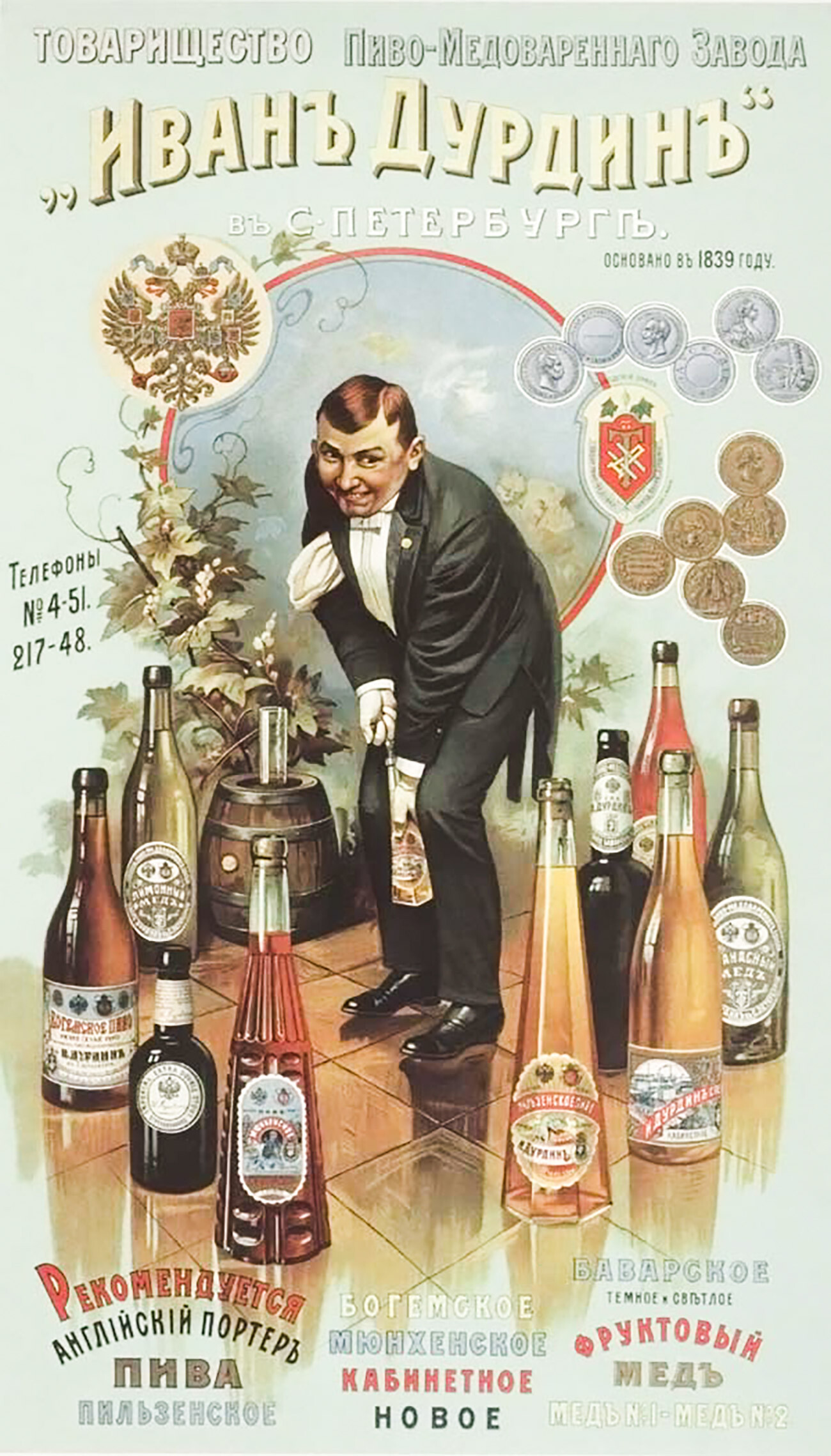 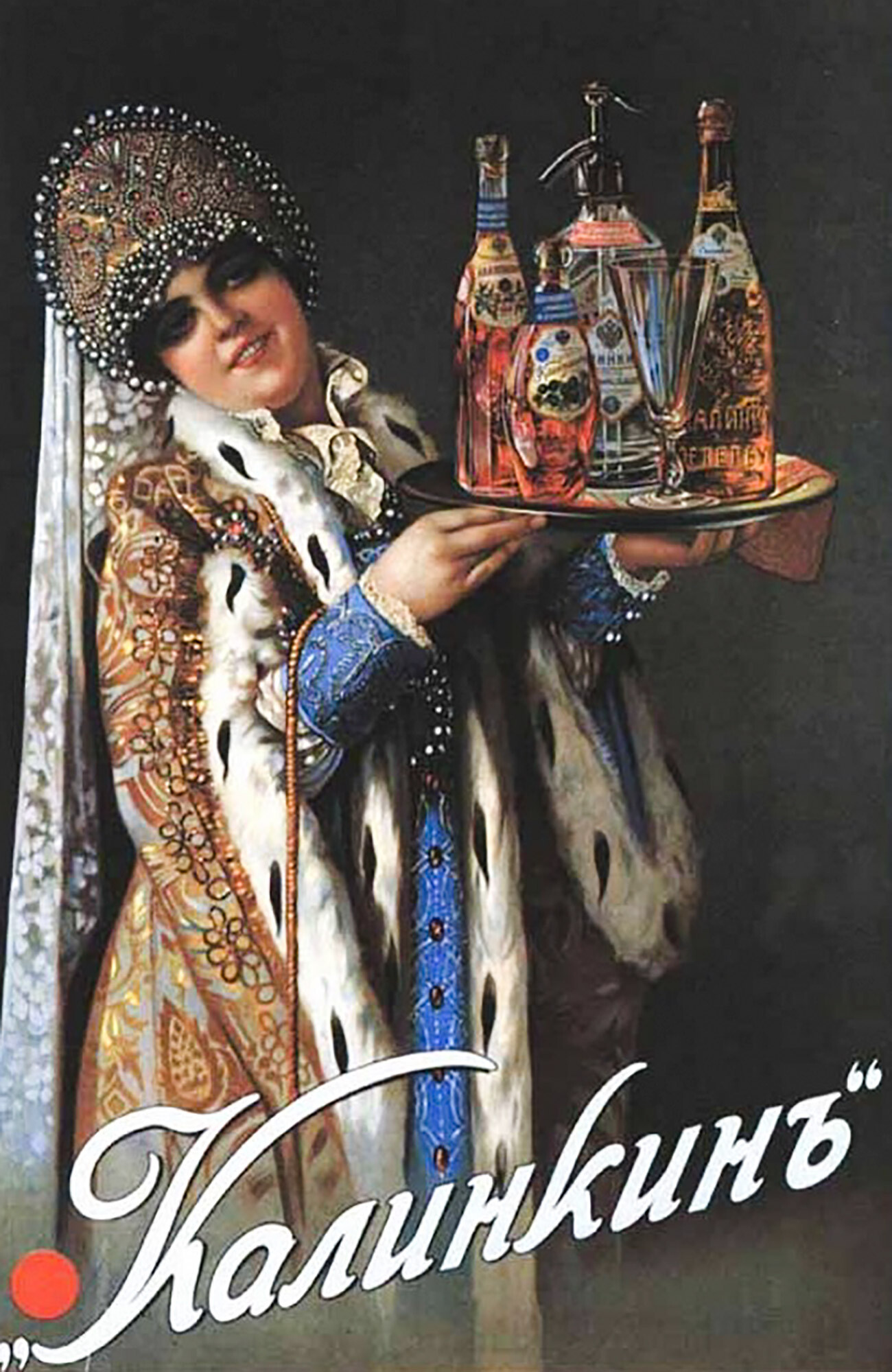 After the Russian Revolution, however, the Bolsheviks monopolized the right to advertise products in the newly formed Soviet Union. Click here to read more about ads in the USSR.

Click here to find out how arms manufacturers advertised guns in Russia.