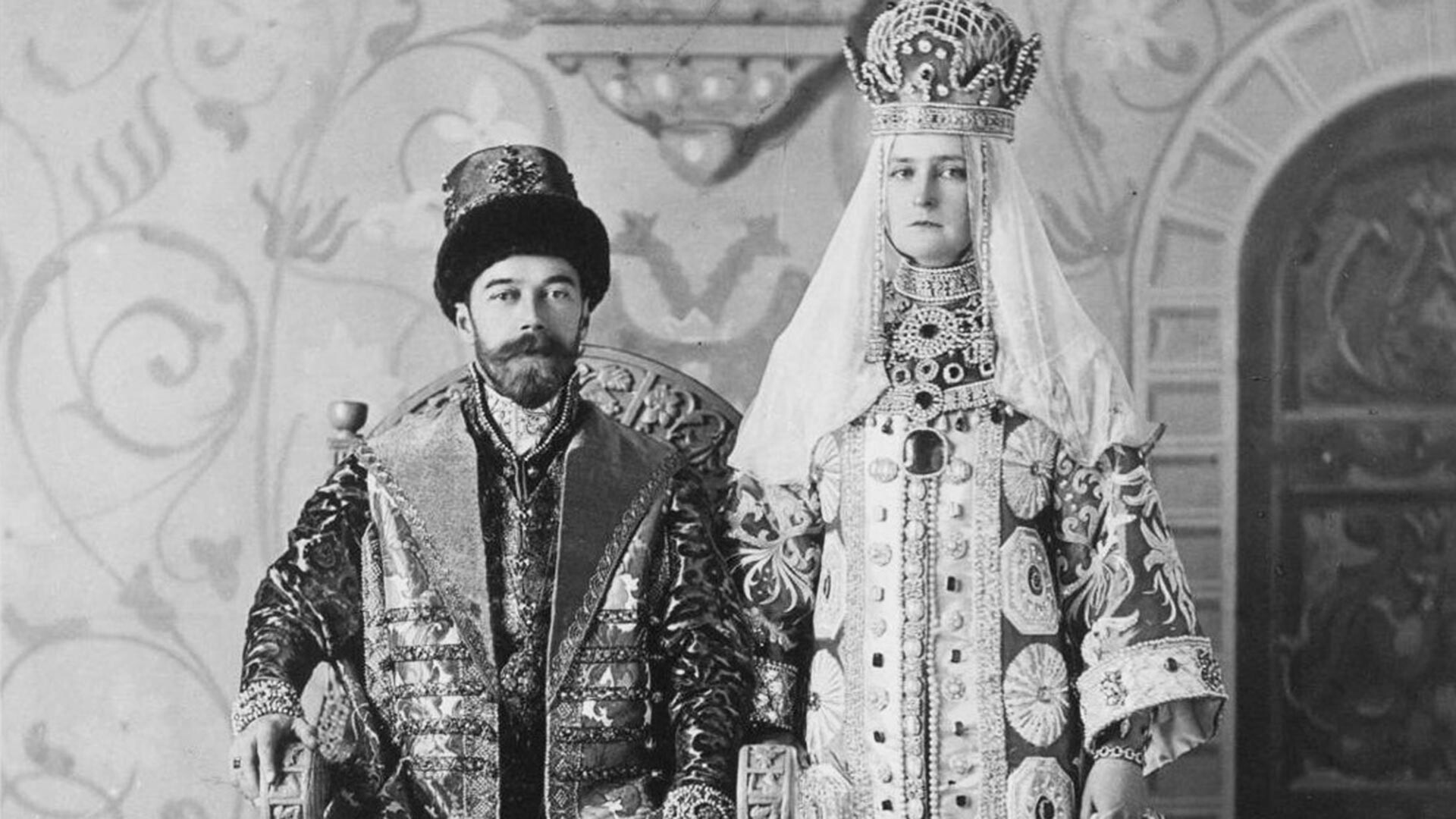 Public domain
Let’s take a look at the absolutely stunning photos depicting the country that no longer exists - the life of the tsar, peasants, horse traffic and many more!

The year 1903 marked the 290th anniversary of the Romanov dynasty. The entire empire was celebrating and, of course, the then capital St. Petersburg held massive festivities and was richly decorated. Celebrating the date, Tsar Nicholas II arranged a major costume ball where all the members of the tsar family were dressed in historical 17th century attires. Pictured below are just a few of the guests. 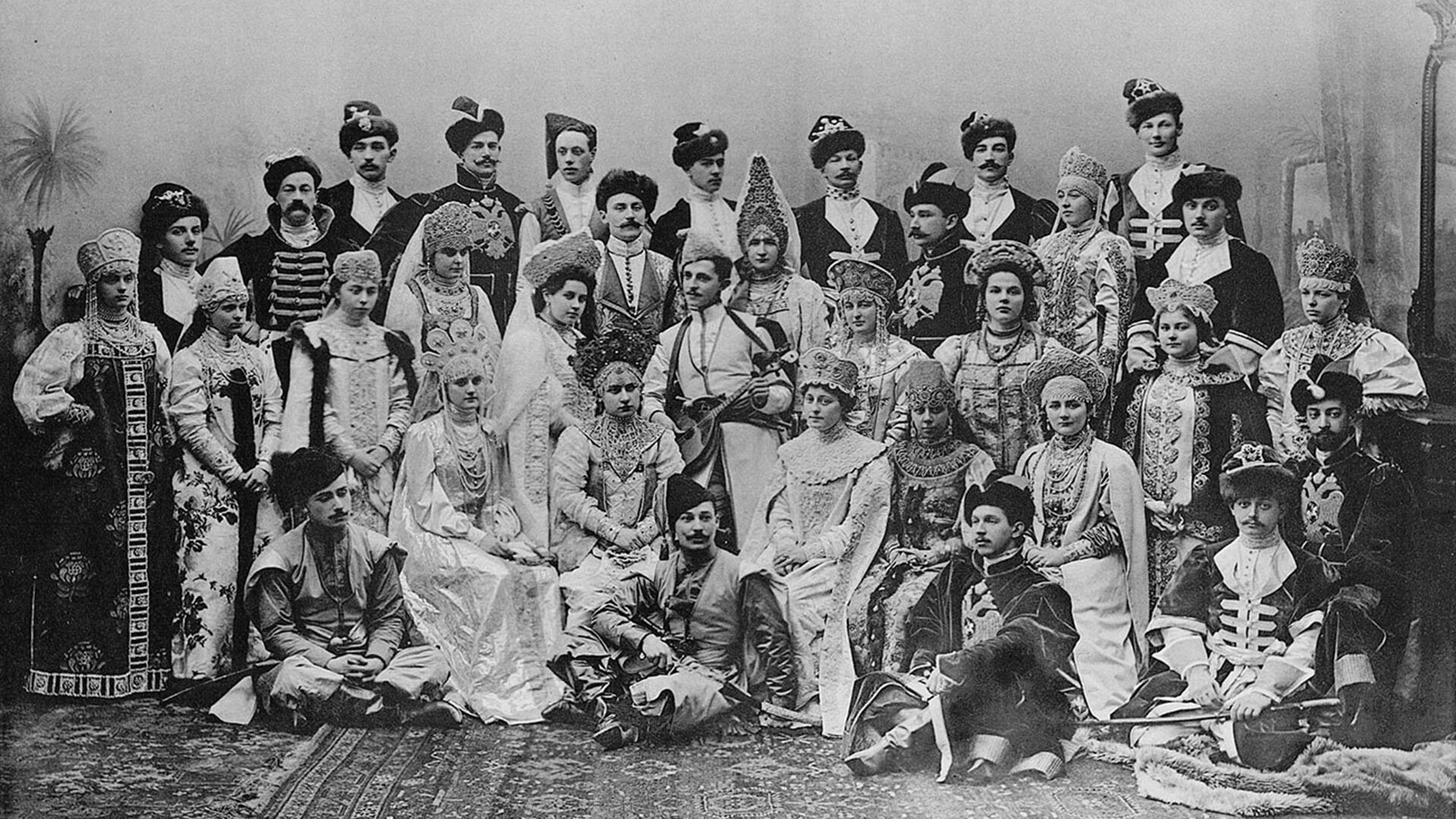 Here’s how he and his wife Empress Alexandra looked. 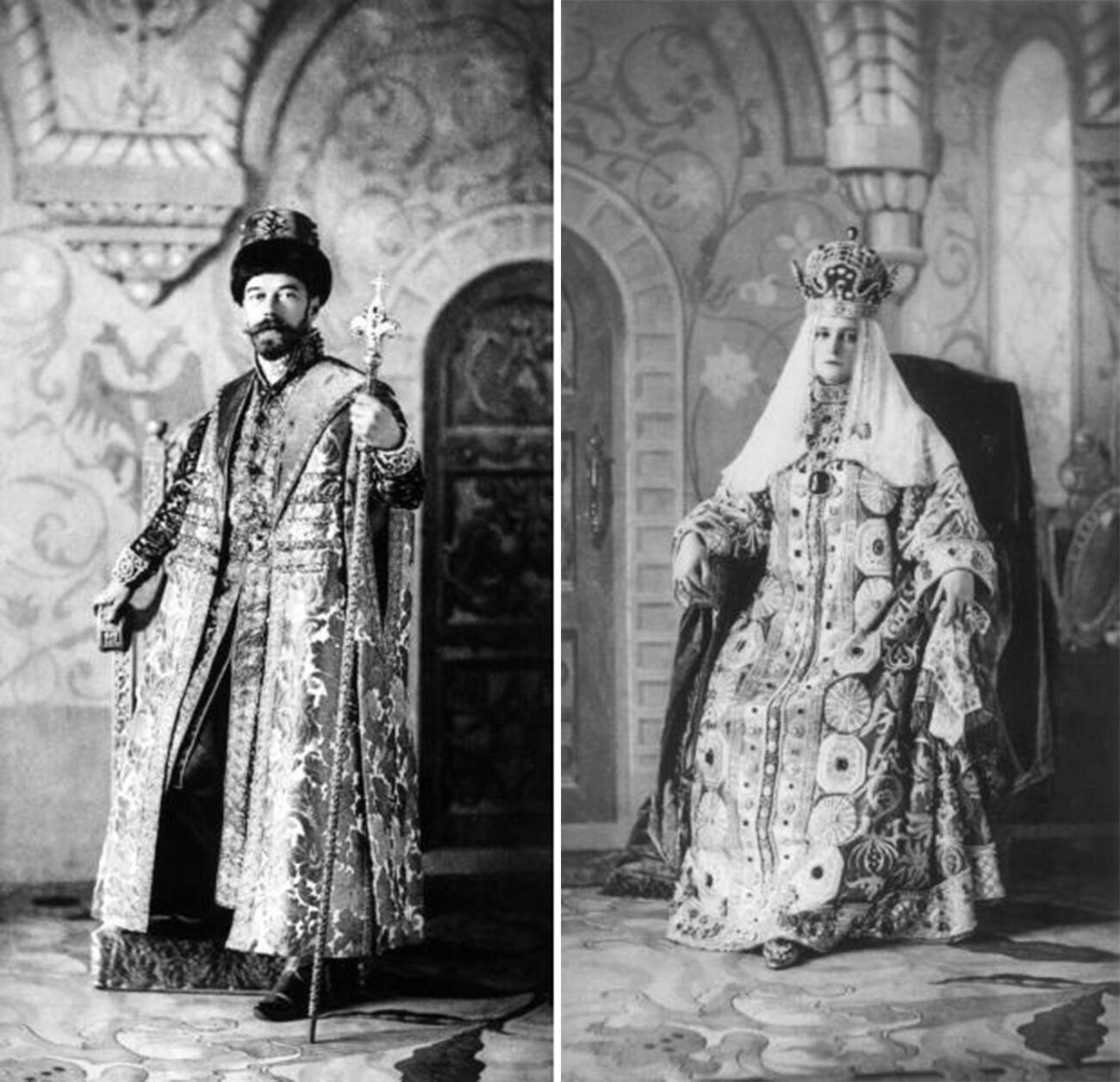 At the same time, St. Petersburg celebrated the 200th anniversary of the city’s founding. 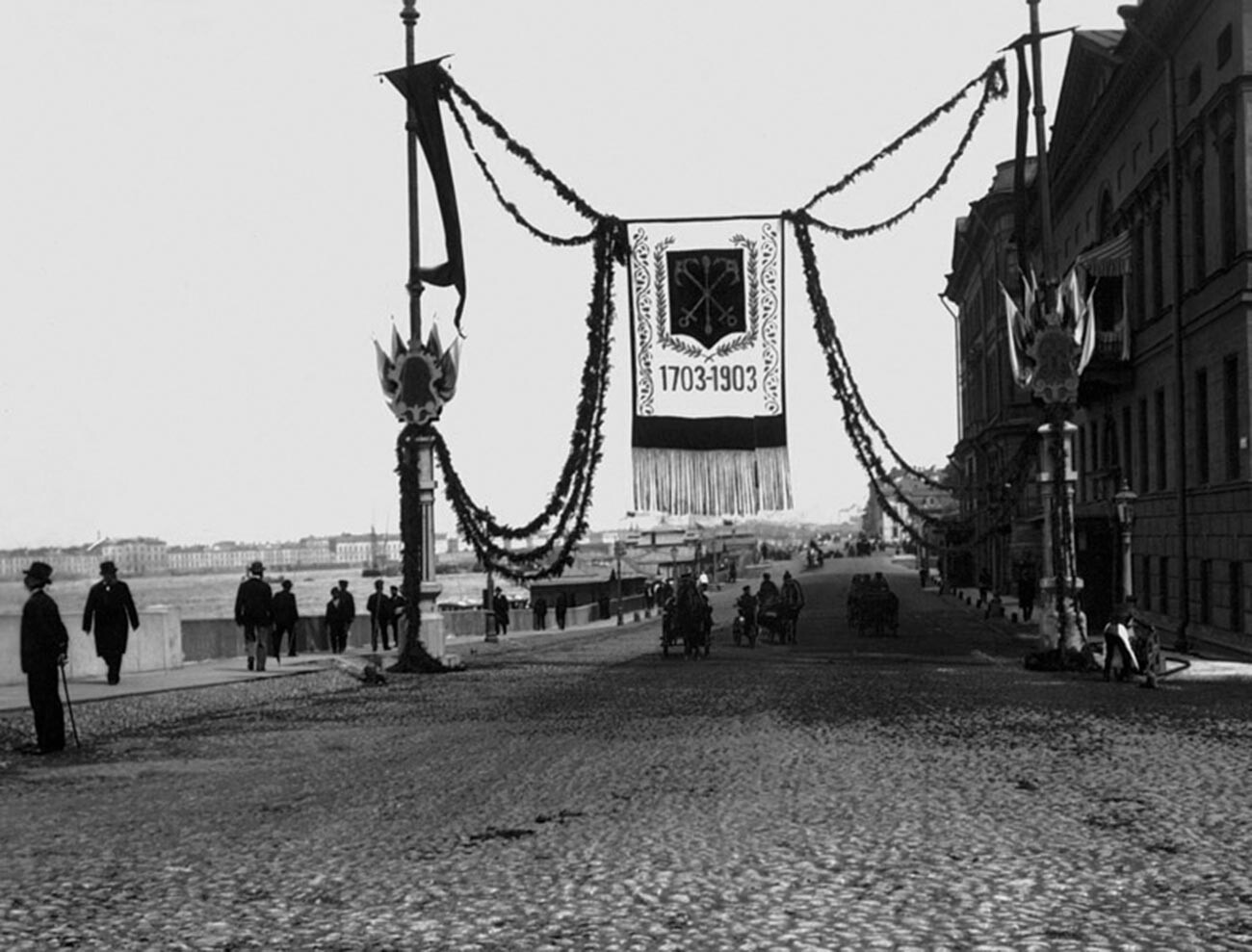 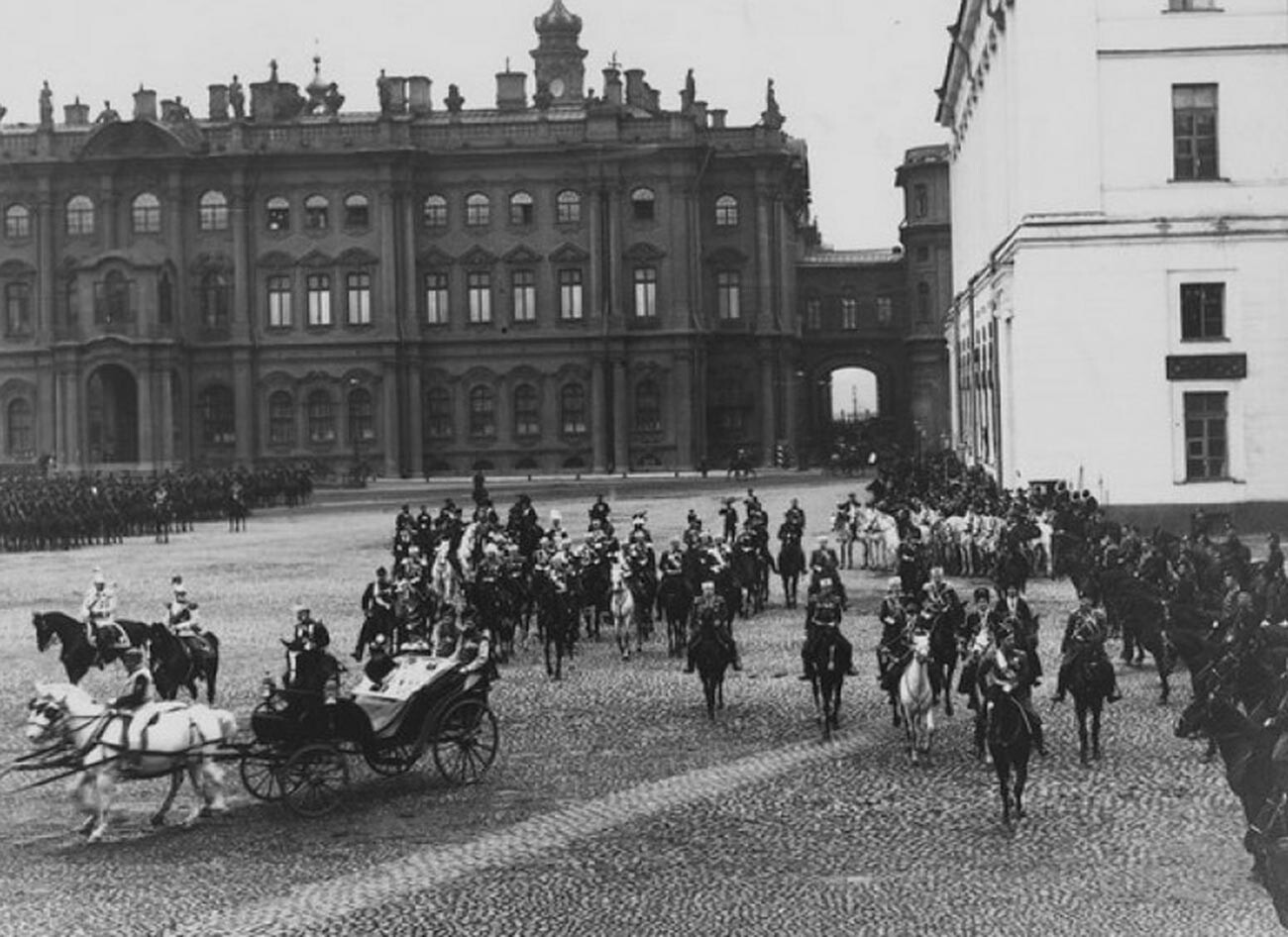 And the emperor attended the mass celebrations. In the photo below, he is pictured during the grand opening of the Troitsky (Trinity) Bridge. Mayor Pavel Lelyanov presents Nicholas II with a button connected by an electric wire to the draw mechanism of the bridge. 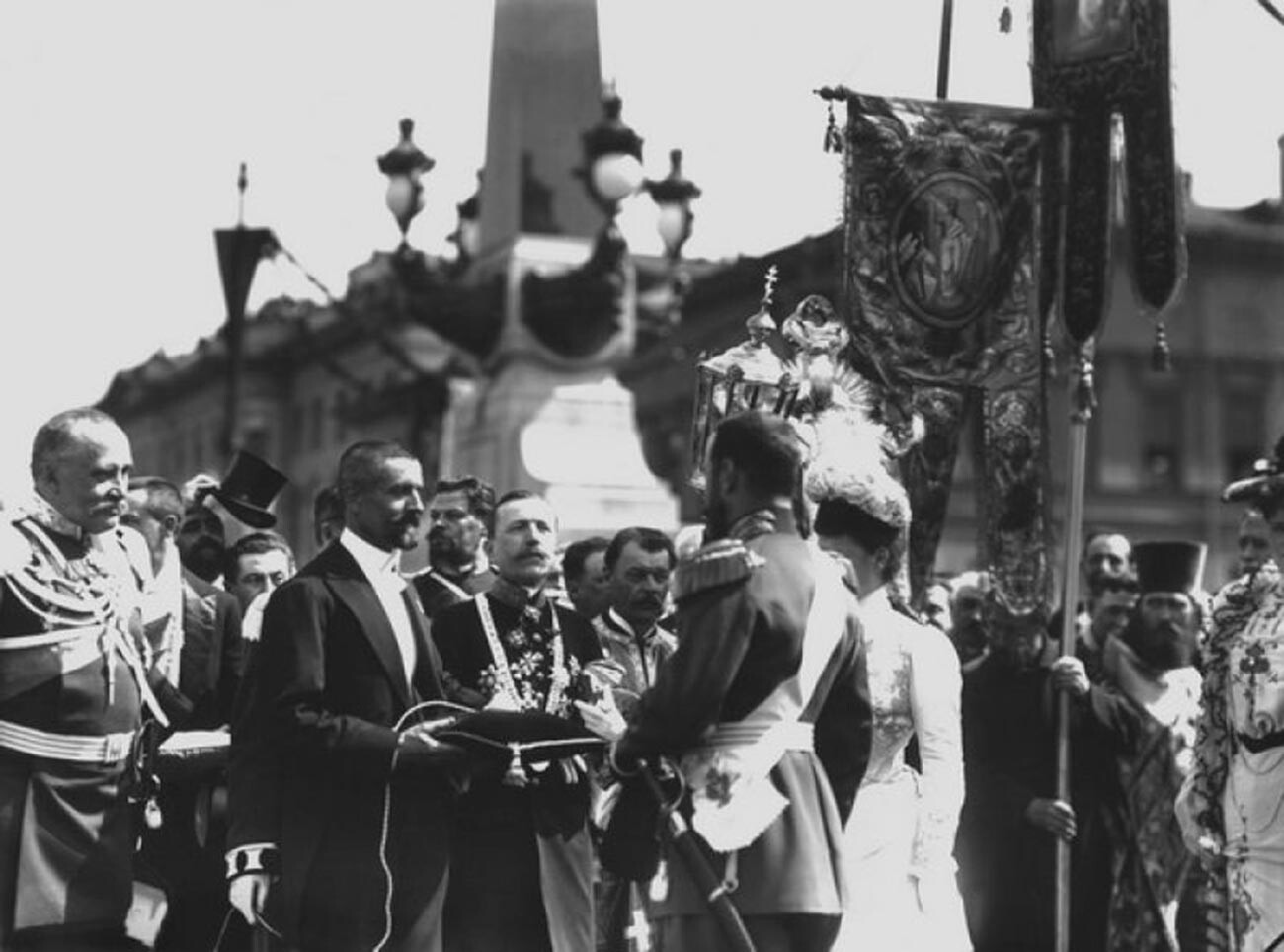 Photographers created a huge visual chronicle of how the city looked on its 200th anniversary year. Here, for example, is a live scene of the traffic in St. Petersburg’s harbor. 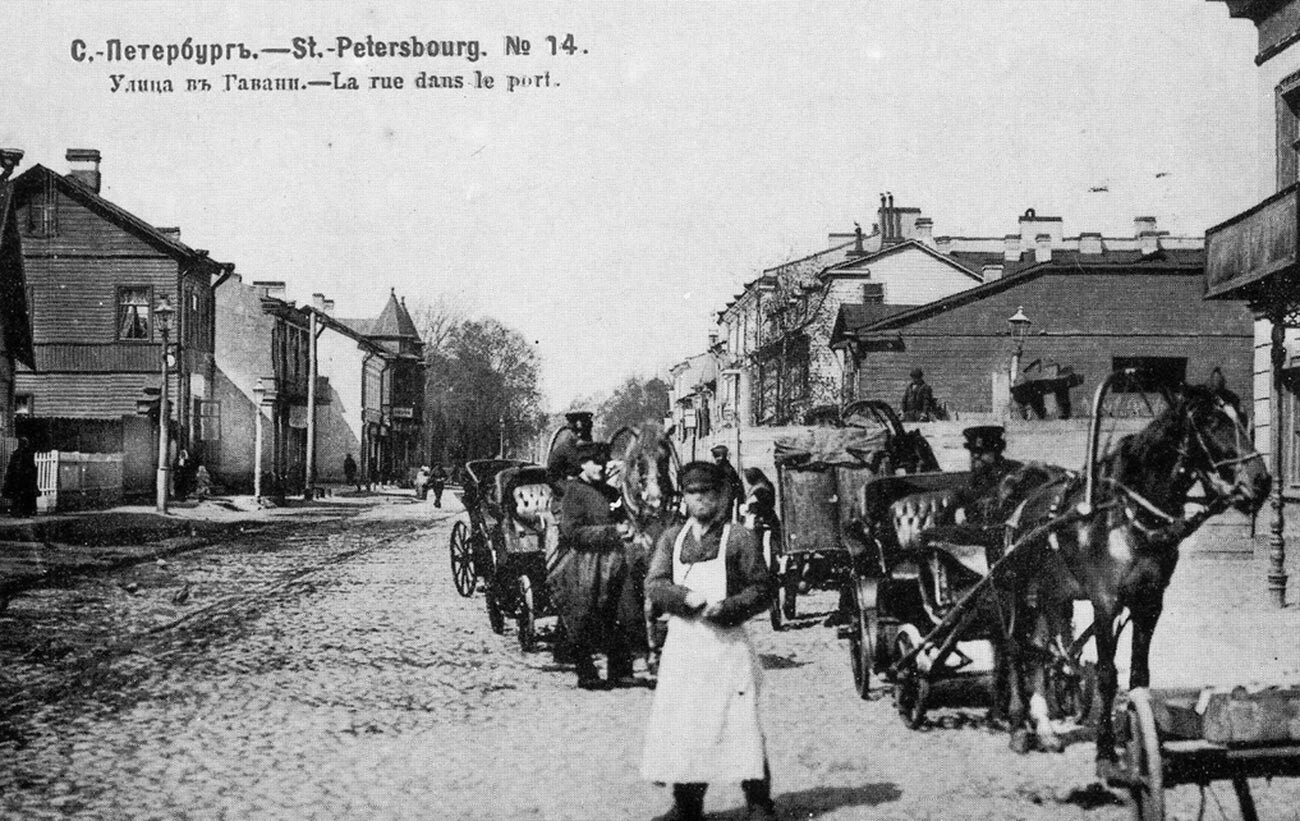 And below are cyclists riding across the Winter Palace square. 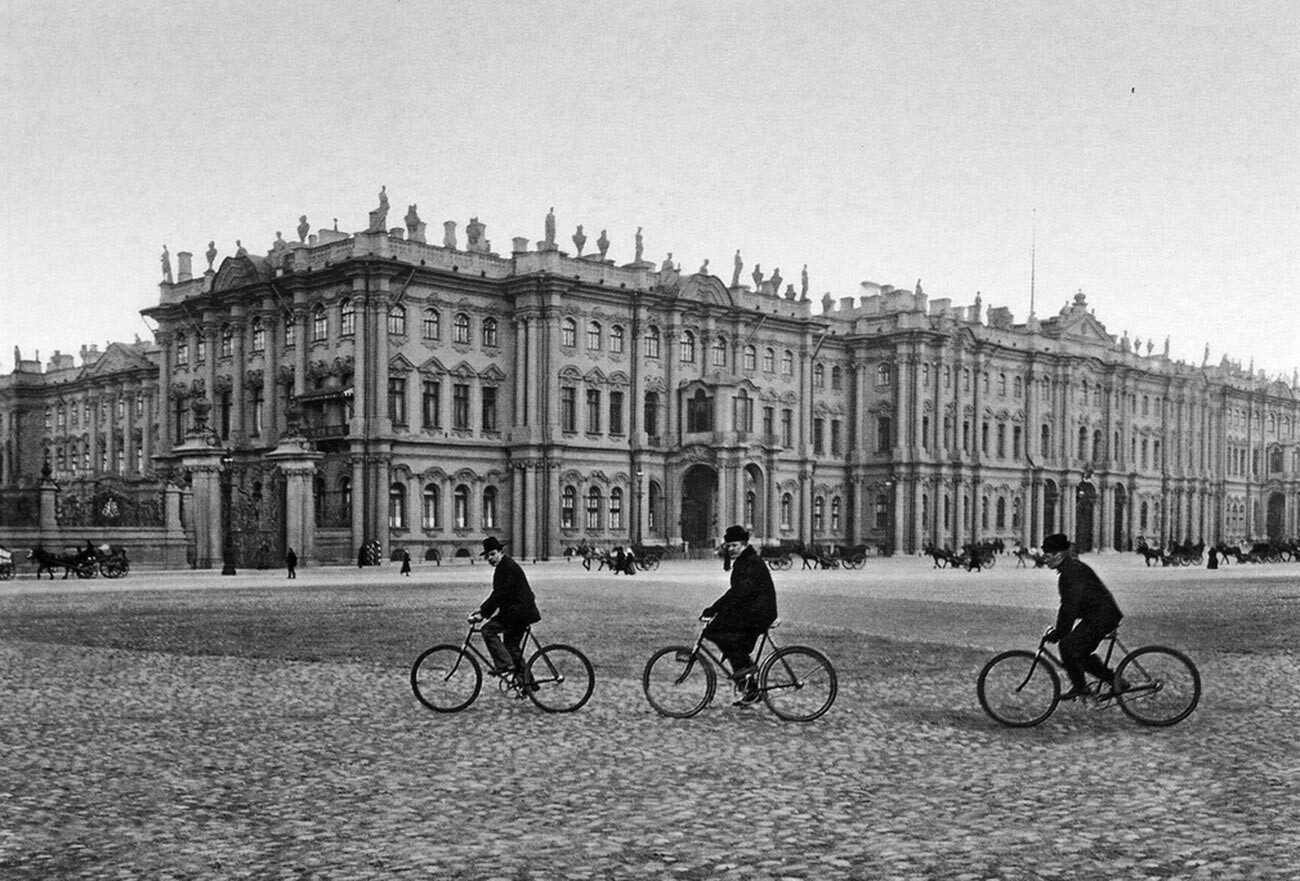 Unfortunately, November 1903 was marked by a huge flood in St. Petersburg. 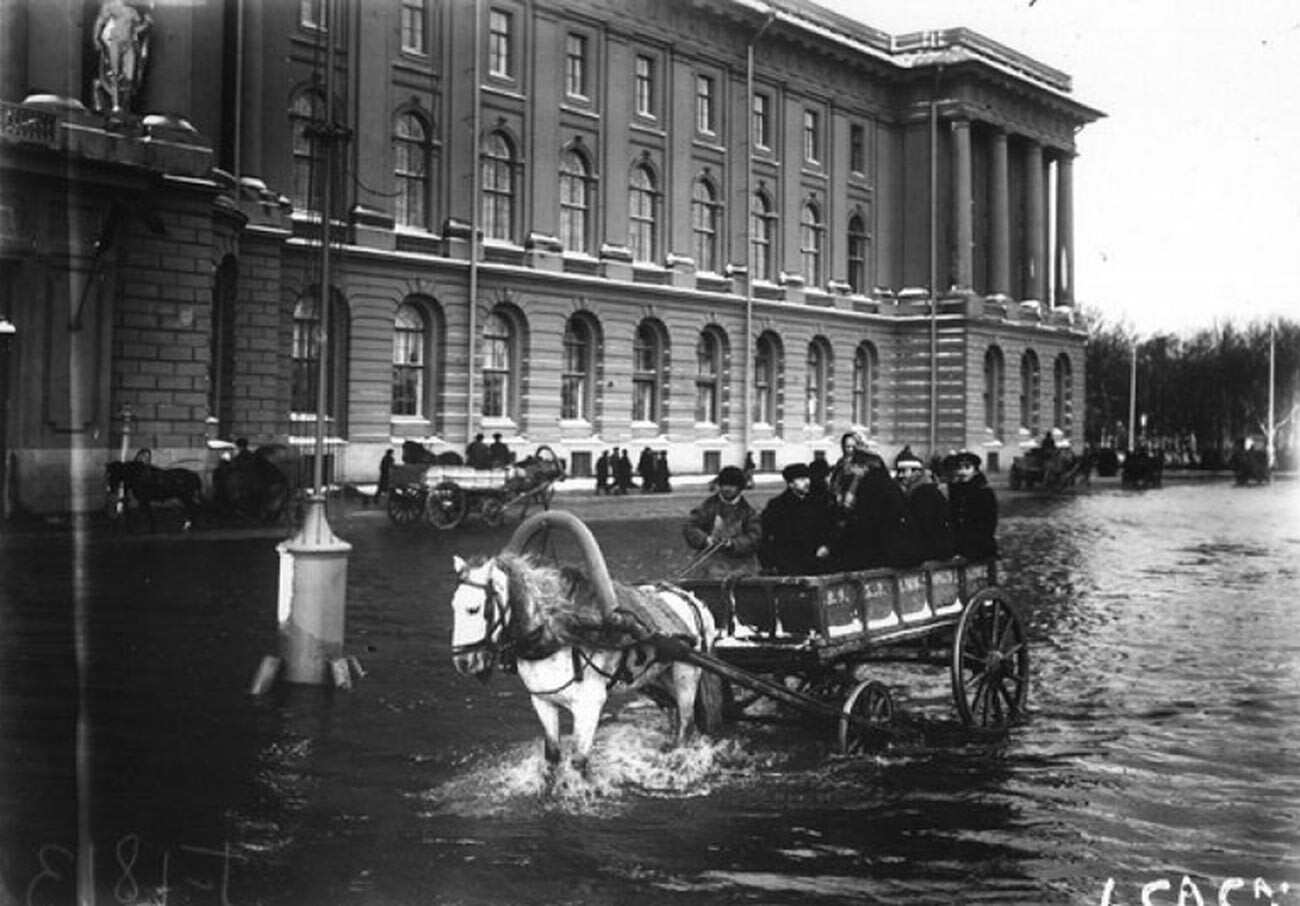 The 75th birthday of Leo Tolstoy was also hugely celebrated in 1903. The Yasnaya Polyana estate of the famous Russian writer became a popular place and dozens of photographers headed there to take pictures of Tolstoy and his family. 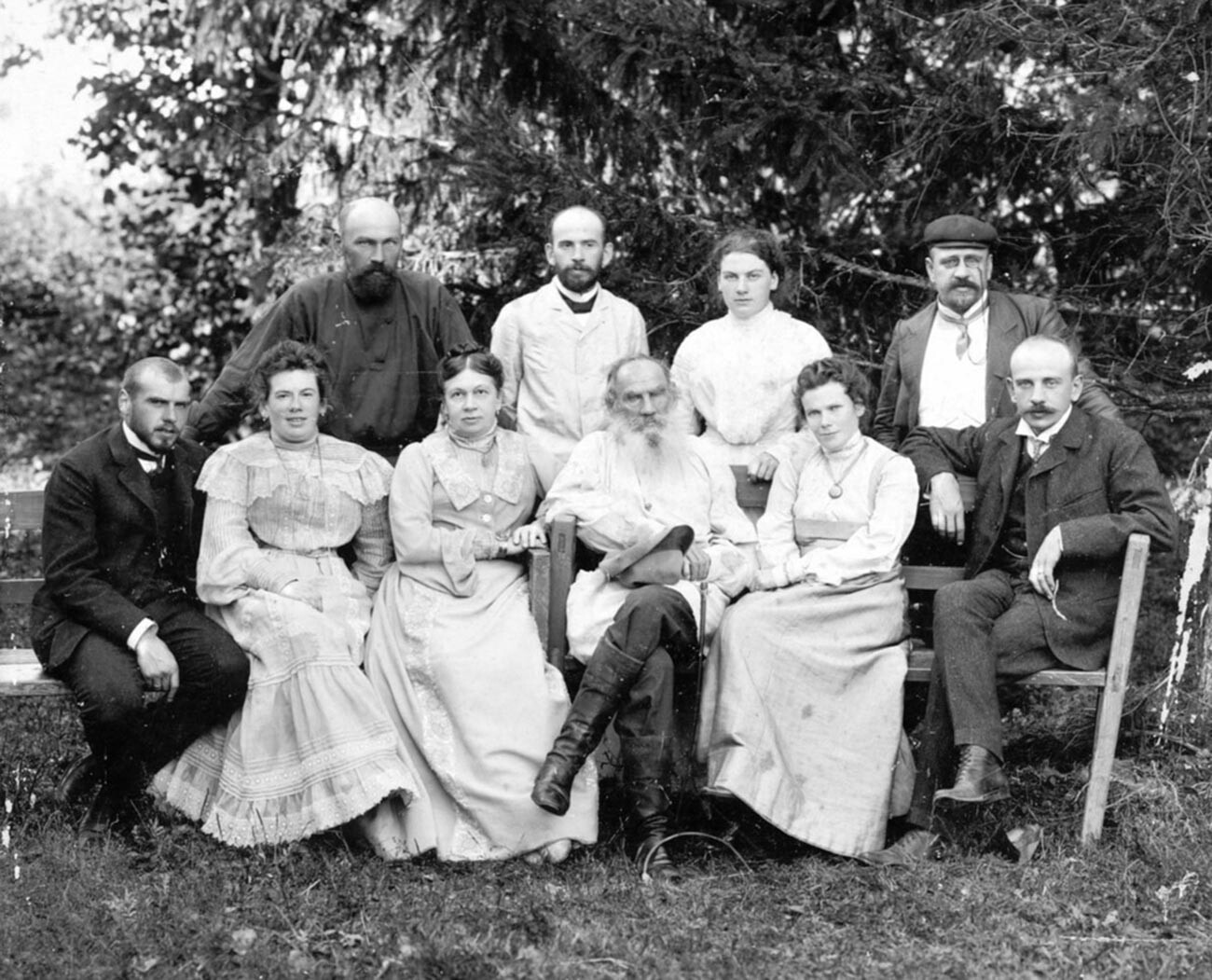 And though Tolstoy didn’t like this attention much, he respected the technical progress and eagerly posed for photos. Even on horseback (impressive at his 75, isn’t it?). 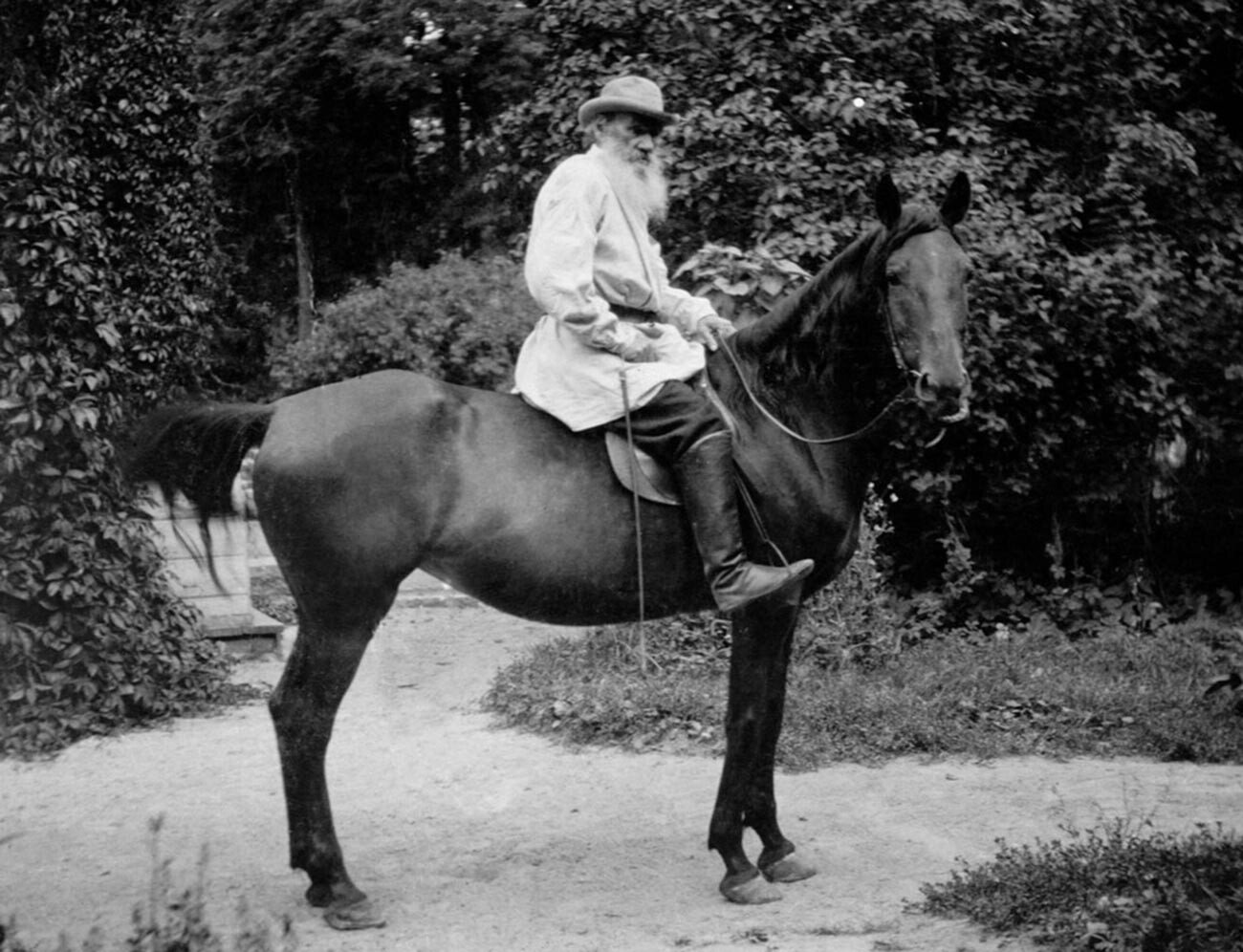 In 1903, Nicholas II initiated the glorification of monk Seraphim of Sarov as a saint. The relics of the saint were placed in a new coffin and transferred to the Assumption Cathedral of the Sarov monastery. 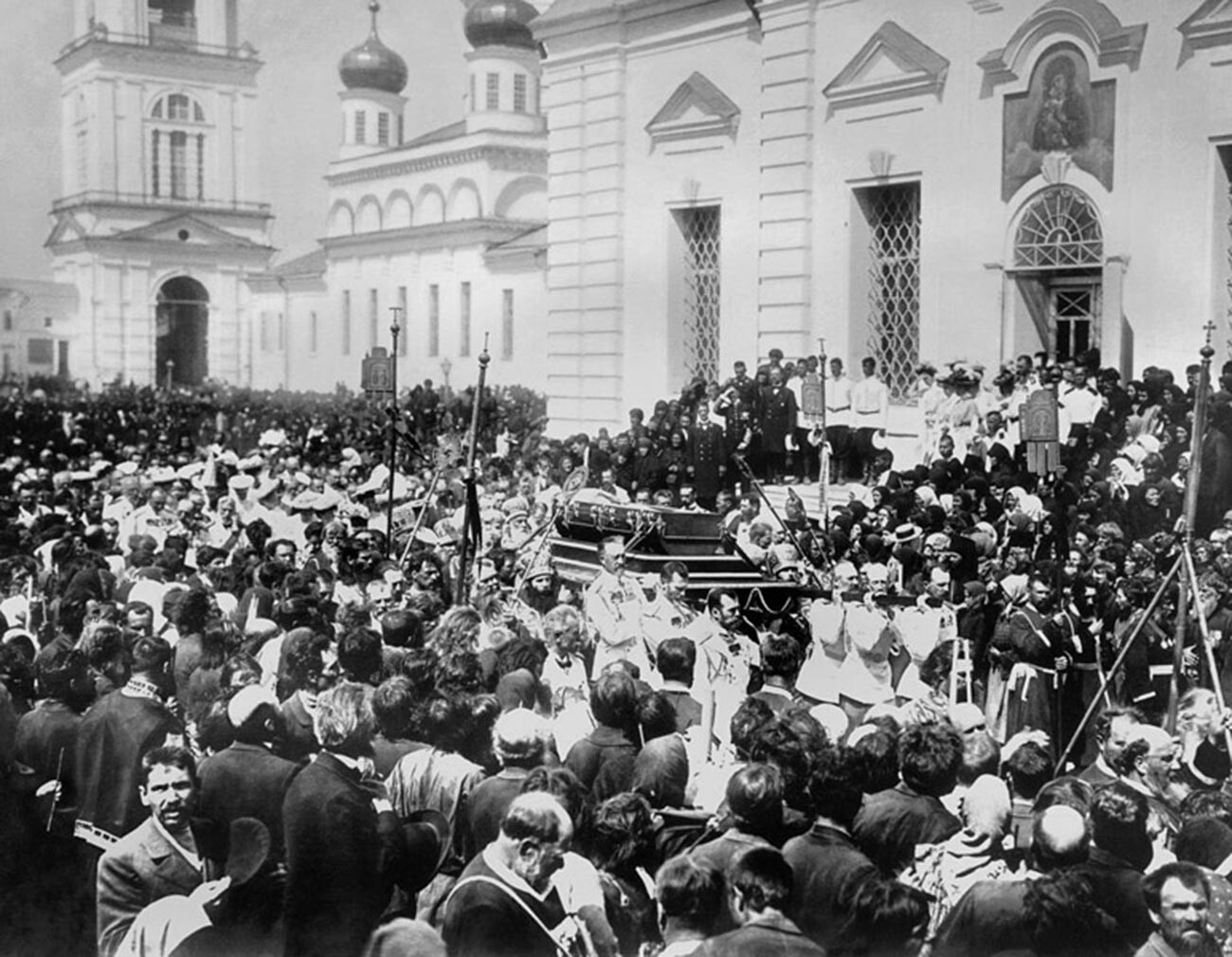 Tsar Nicholas II, his wife and many other members of the tsar family attended the event.

The Sarov celebrations gathered more than 100 thousand people in total, including the suffering and disabled believers. 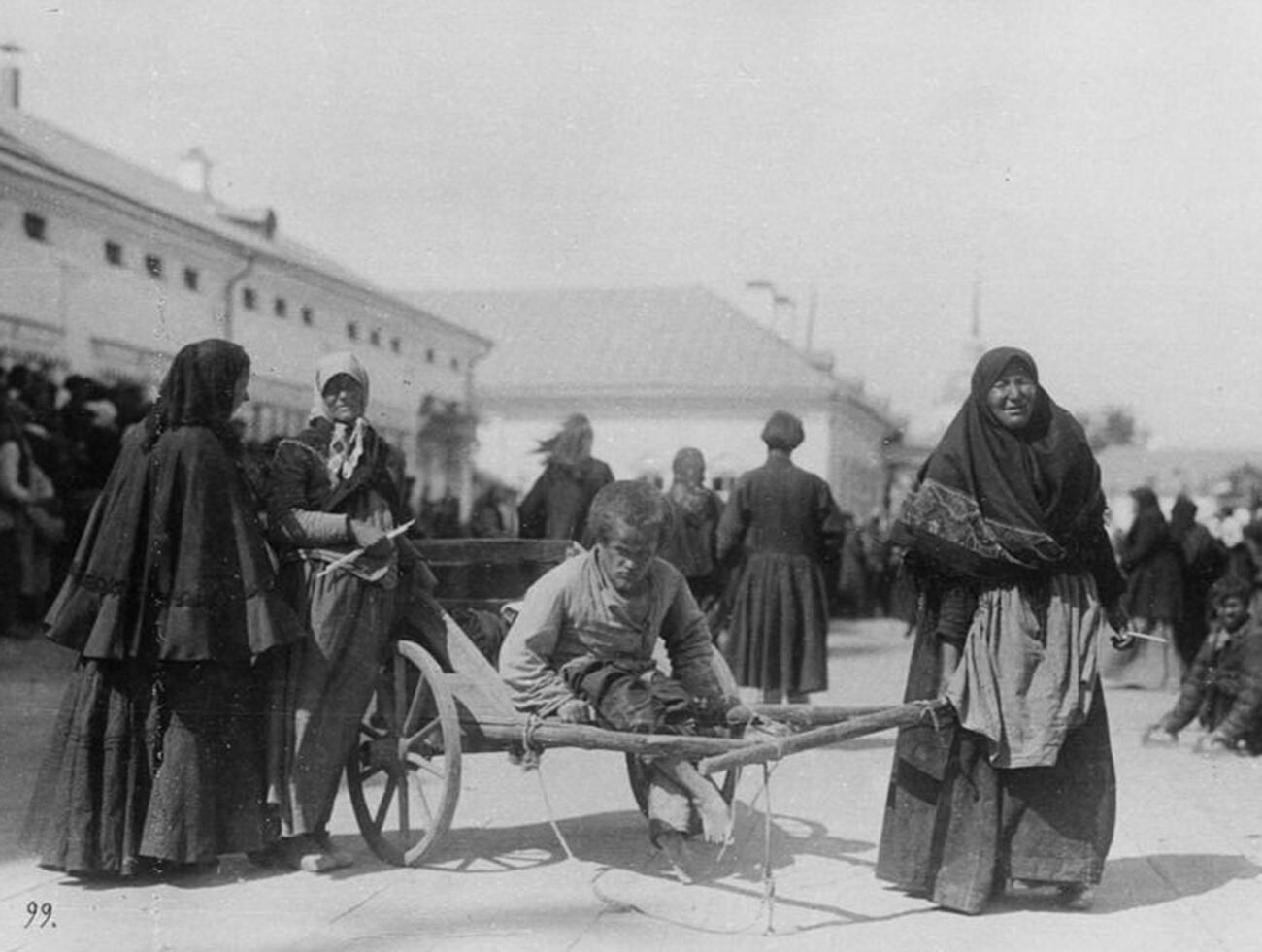 On the archive pictures of 1903, we can see the country that no longer exists. This is what noble female fashion was like. Pictured below is famous singer of her time Anastasia Vyaltseva. 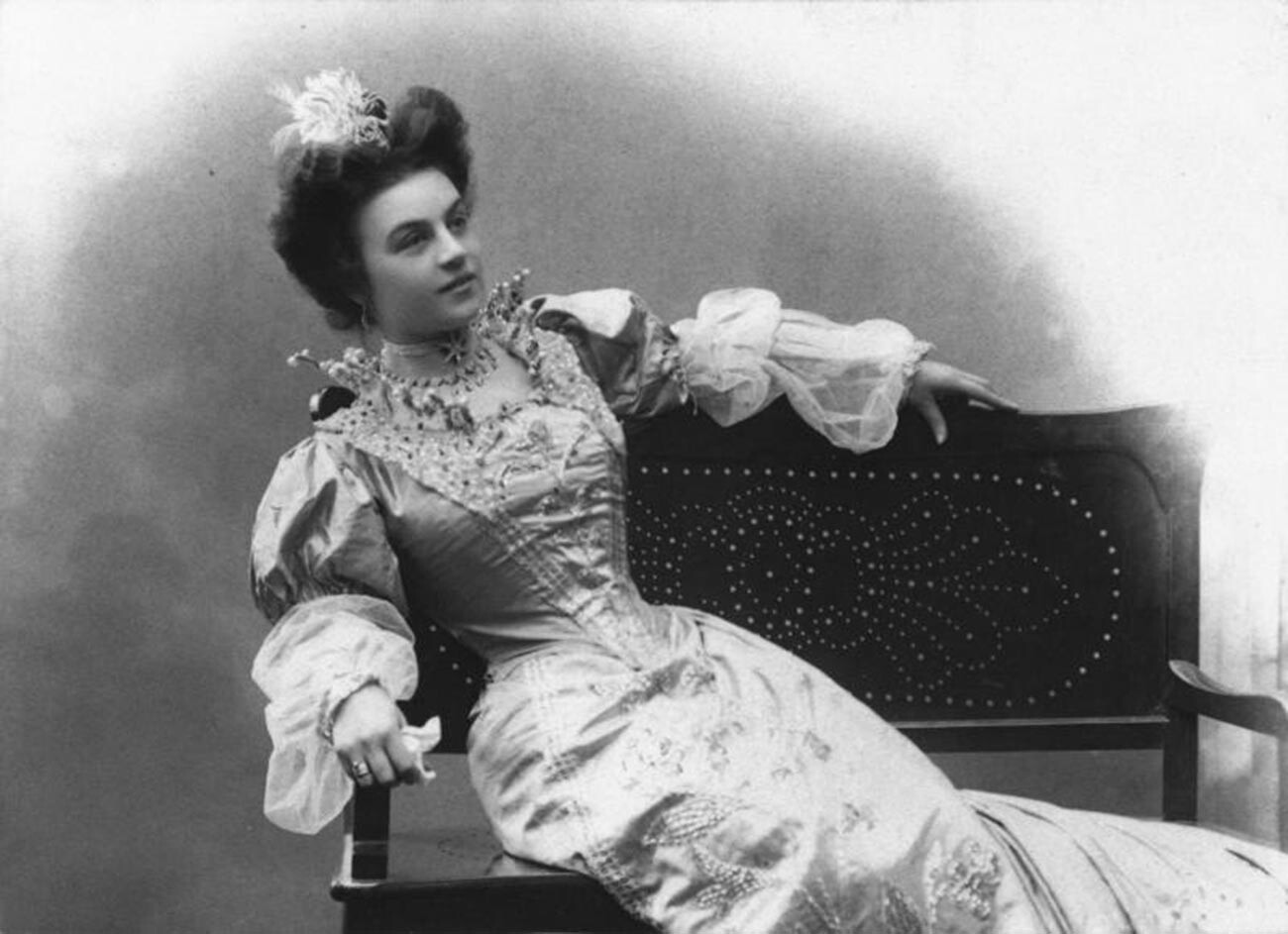 A rapid development and spread of photography gave impulse to its usage for new avenues. A new popular genre that emerged was photographical advertising. Below, a man attempts to sell his horse. 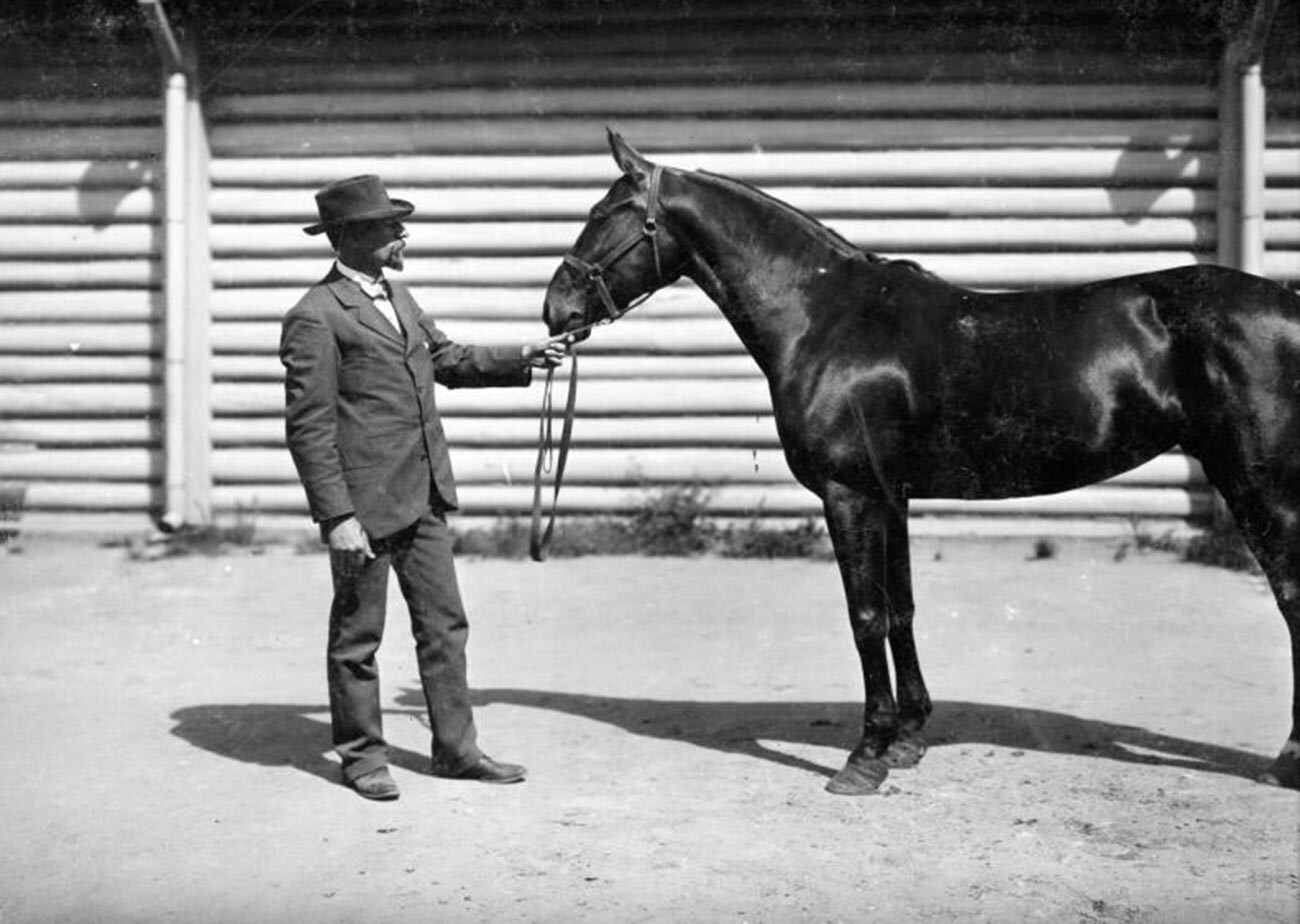 The following shot features a group of monks of the Monastery of St. Michael the Archangel on the Sura River (now Mari El Republic). In Soviet times, the monastery was closed and destroyed. 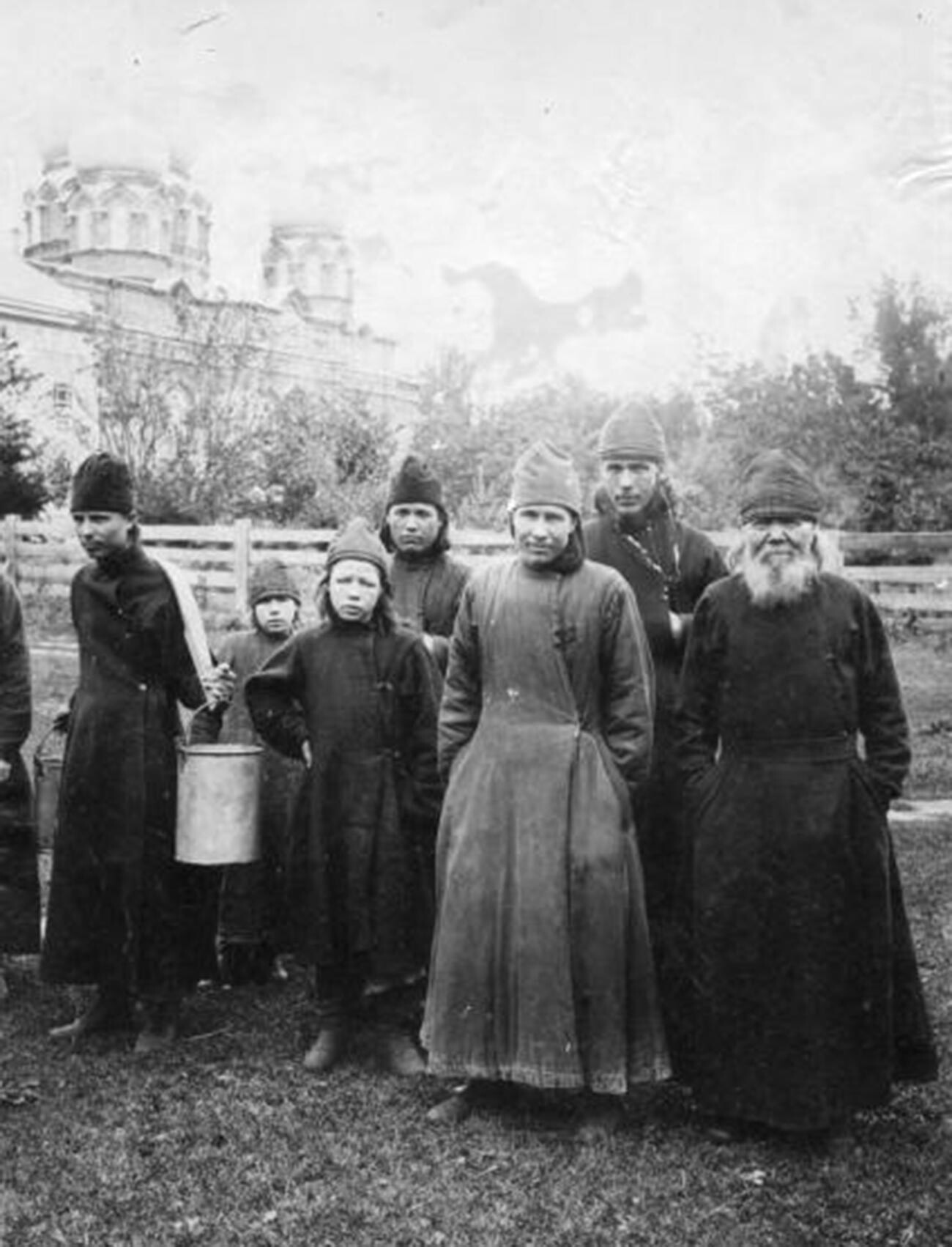 And here’s what a dorm room of First Women College (Bestuzhev Courses) looked like. 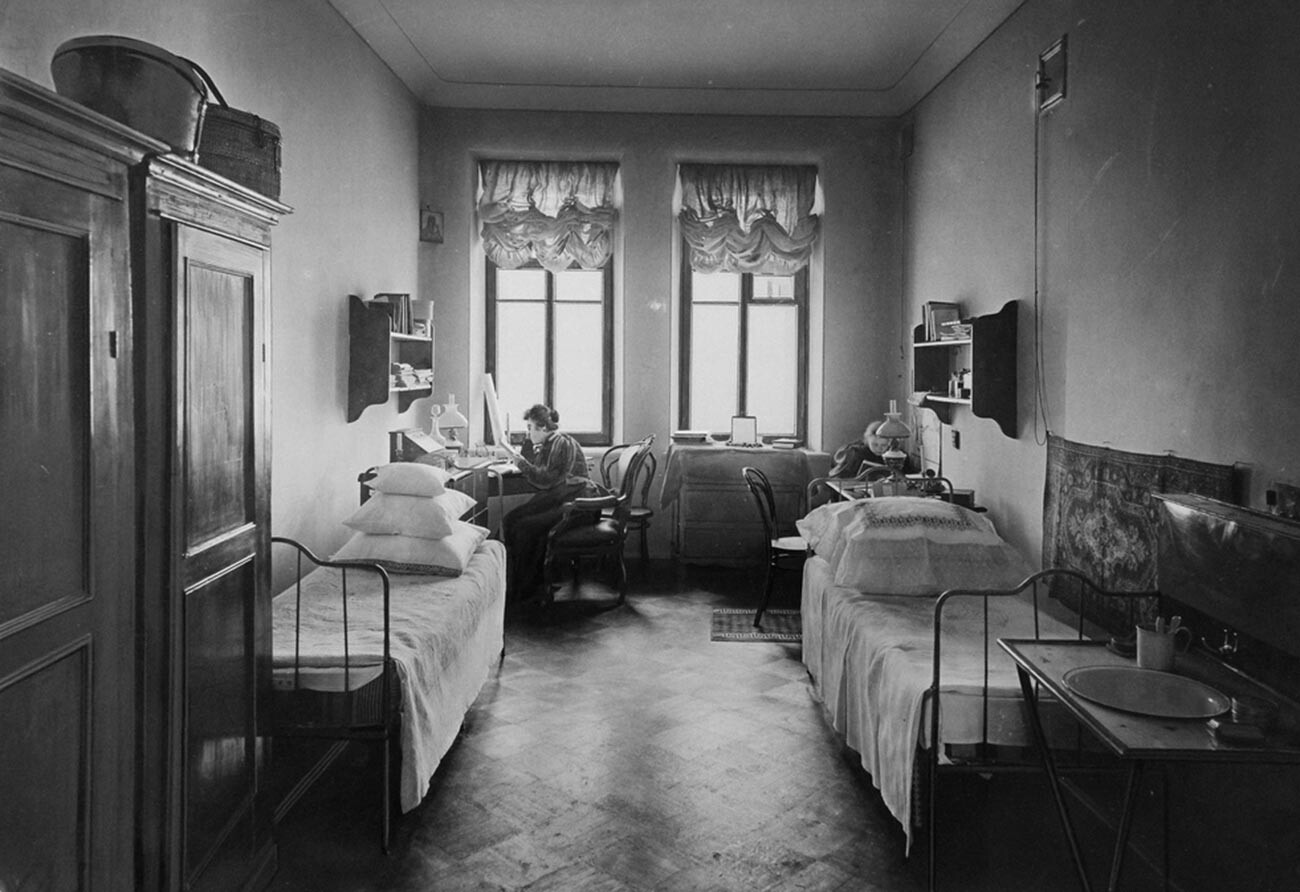 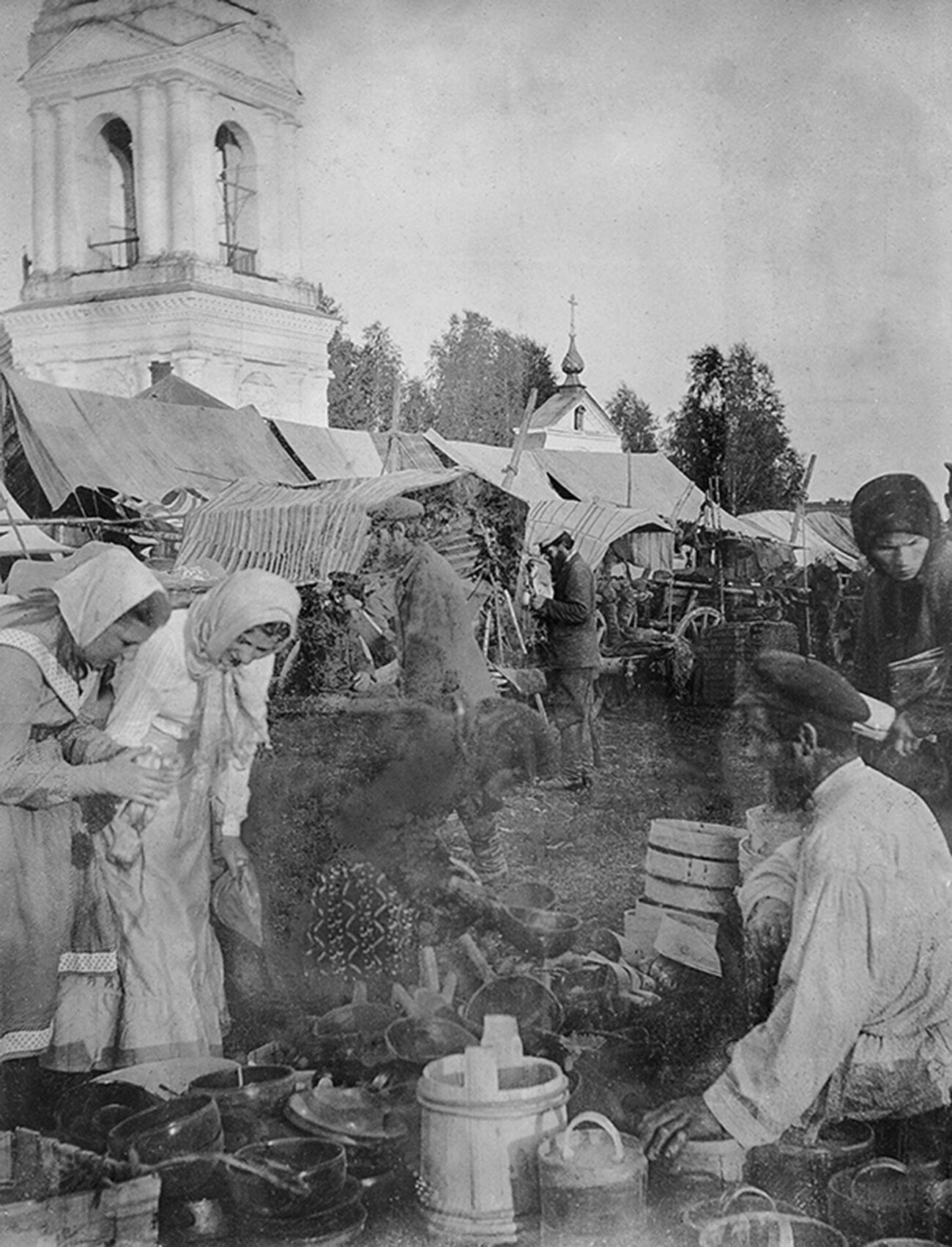 Just a traffic scene in Vladimir Region that isn’t imaginable these days. 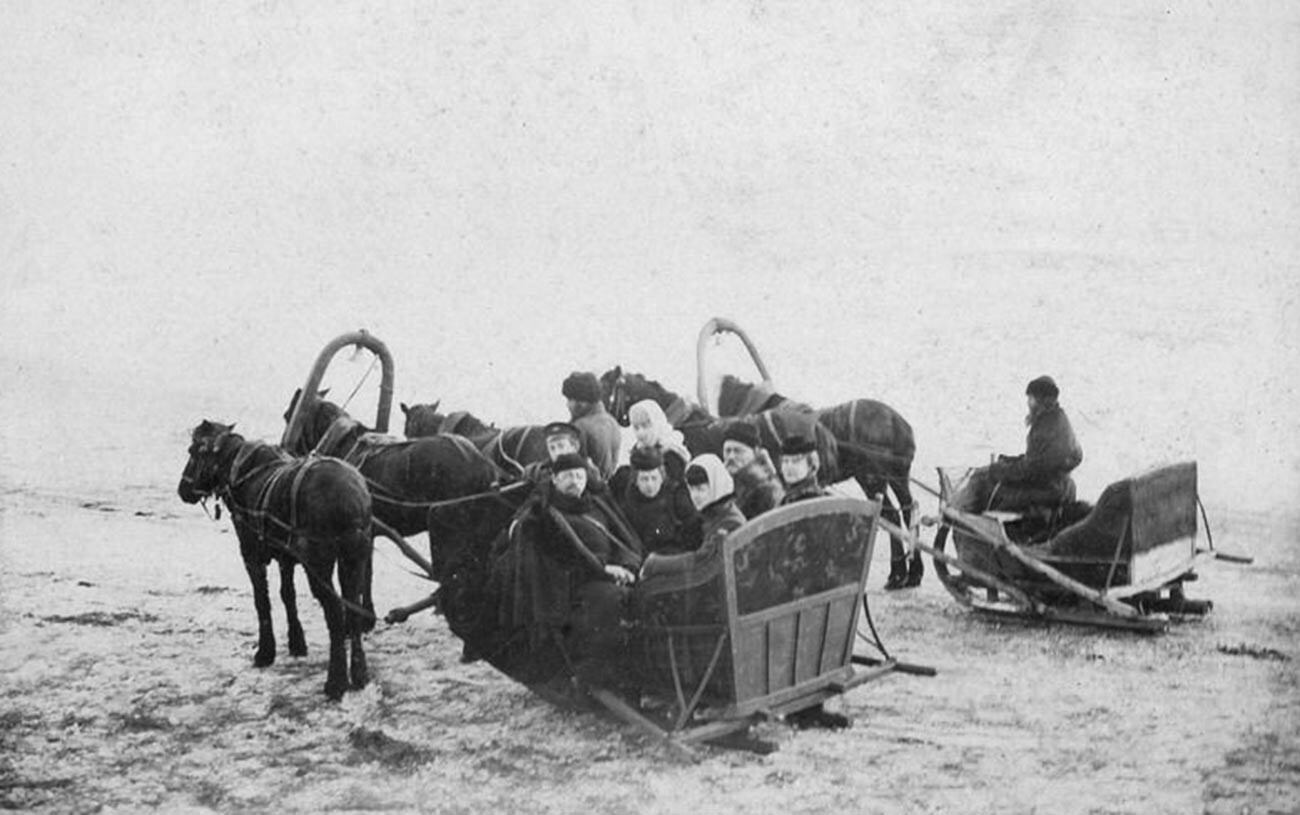 The German Lutheran Church in the city of Berdyansk (then part of the Russian Empire) was closed in Soviet times. 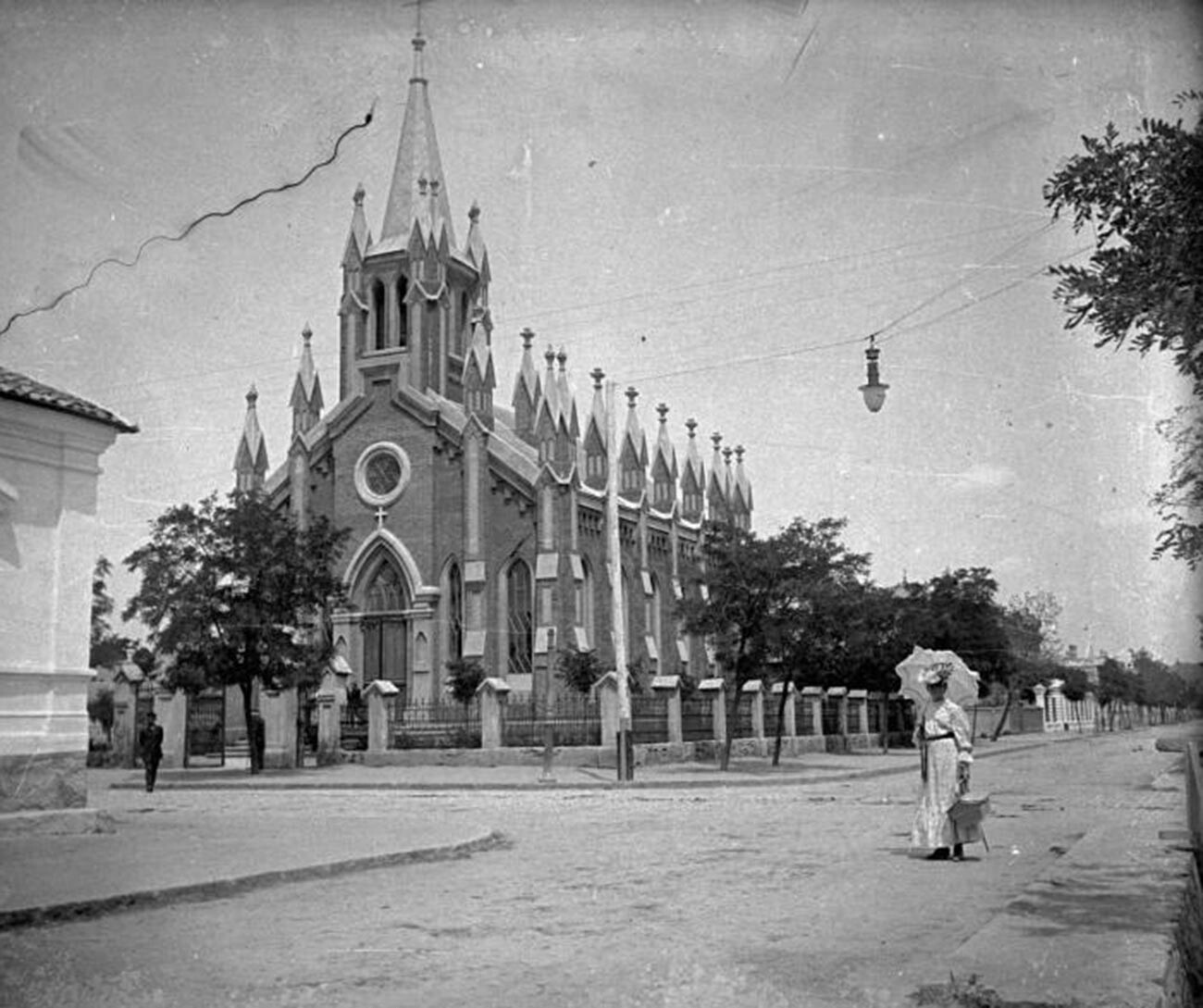 Now let’s transfer to the Urals, the industrial hub of Russia. Pictured below is the drilling machine in a magnetic mine. 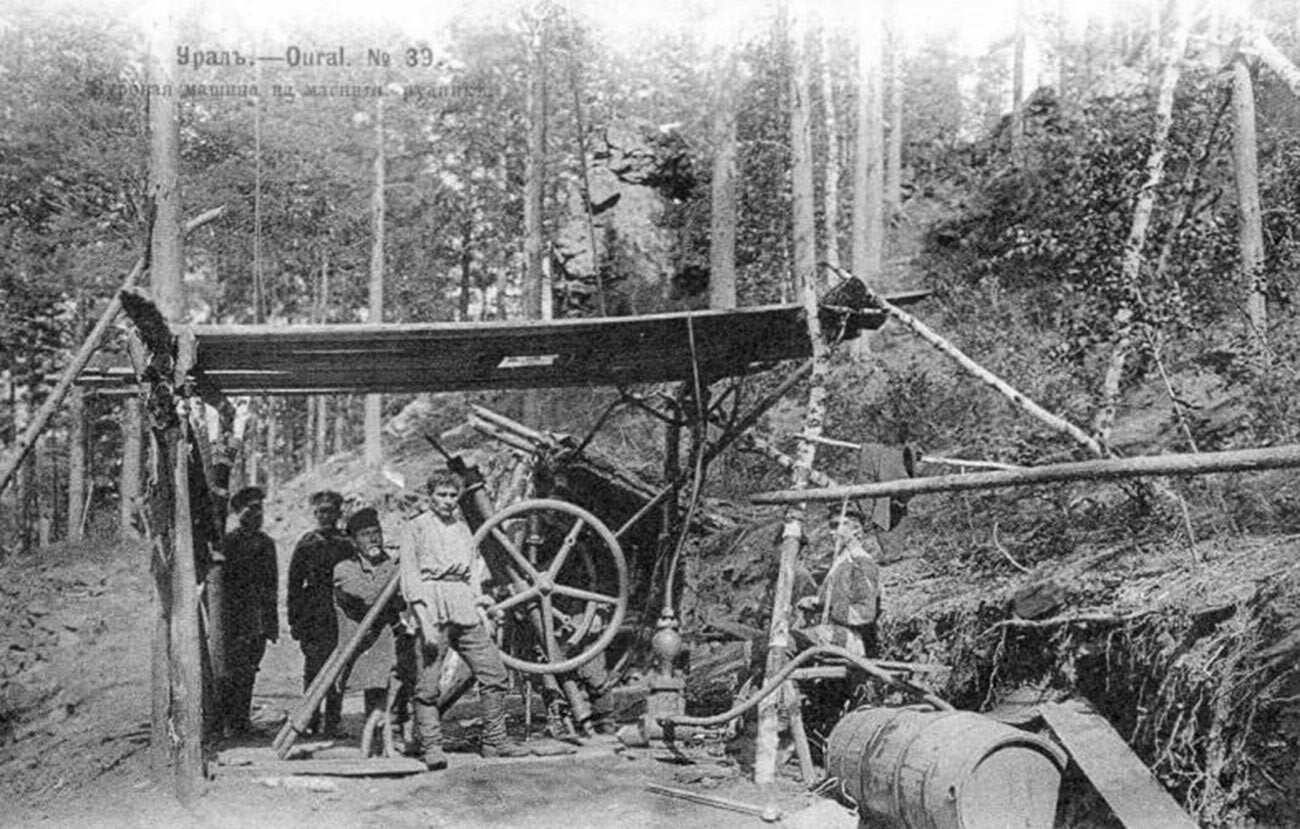 And here’s a metallurgical plant dam in the Urals. 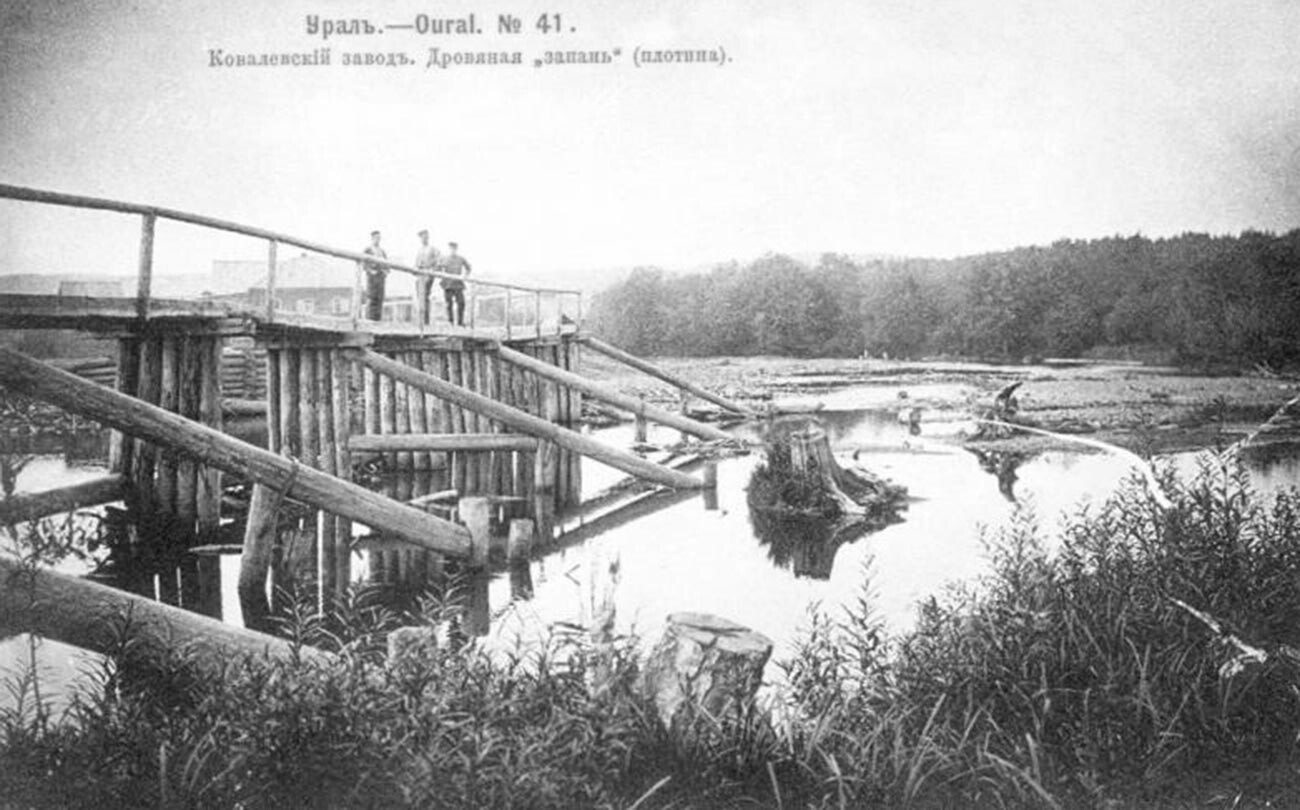