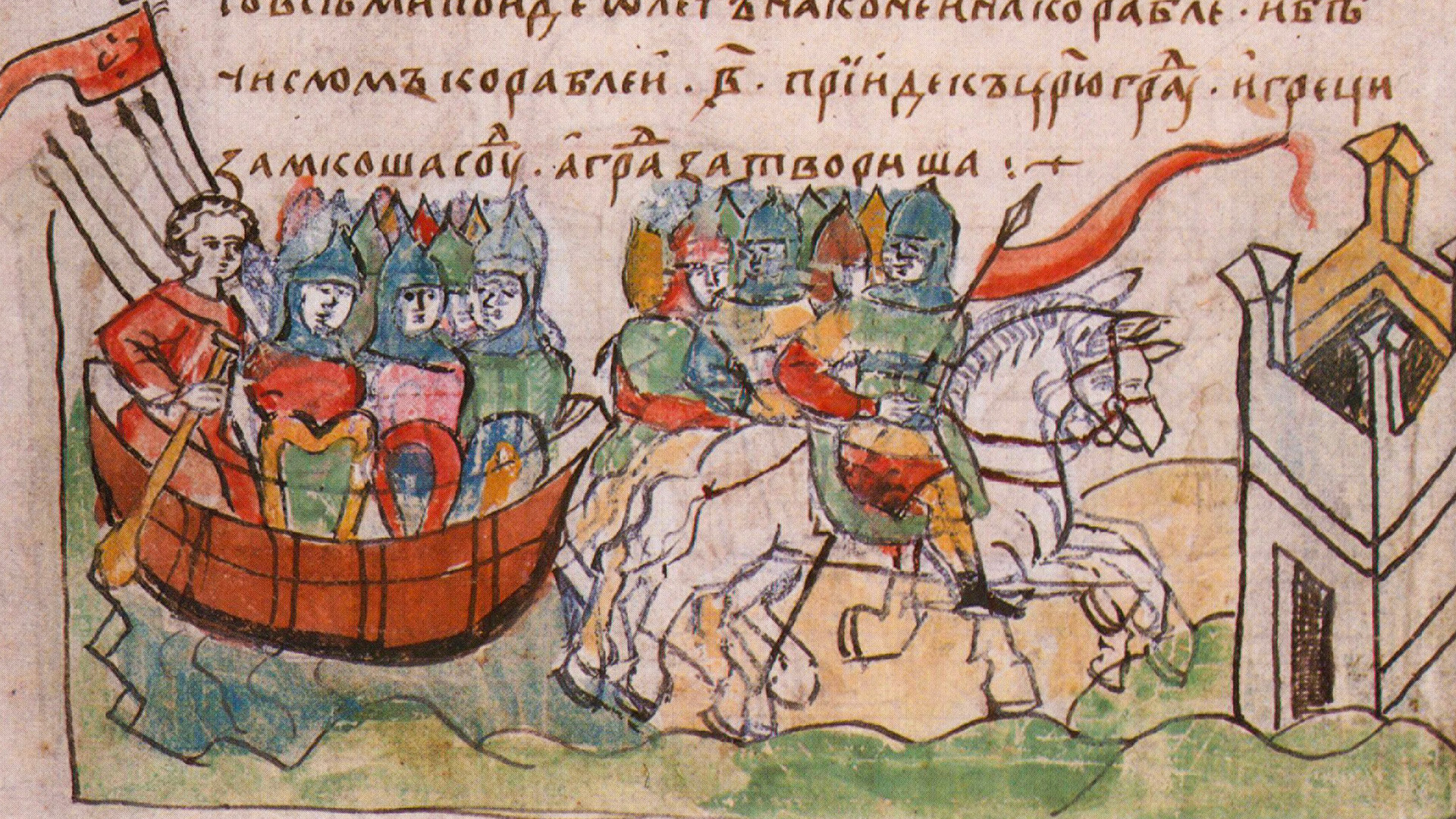 Prince Oleg and his armyat the walls of the Constantinopole.

Public Domain
The “northern barbarians” easily reached the very heart of the Empire - Constantinople - instilling genuine horror among both the ordinary people and rulers of Byzantine.

“This barbarian tribe has always harbored a fierce and rabid hatred for the hegemony of the Eastern Romans; at every opportunity, inventing one accusation or another, they created a pretext for war with us,” is how Byzantine author Michael Psellos spoke of the people of Rus’, who, for several centuries, had bedeviled the Eastern Roman (Byzantium) Empire with their incursions. 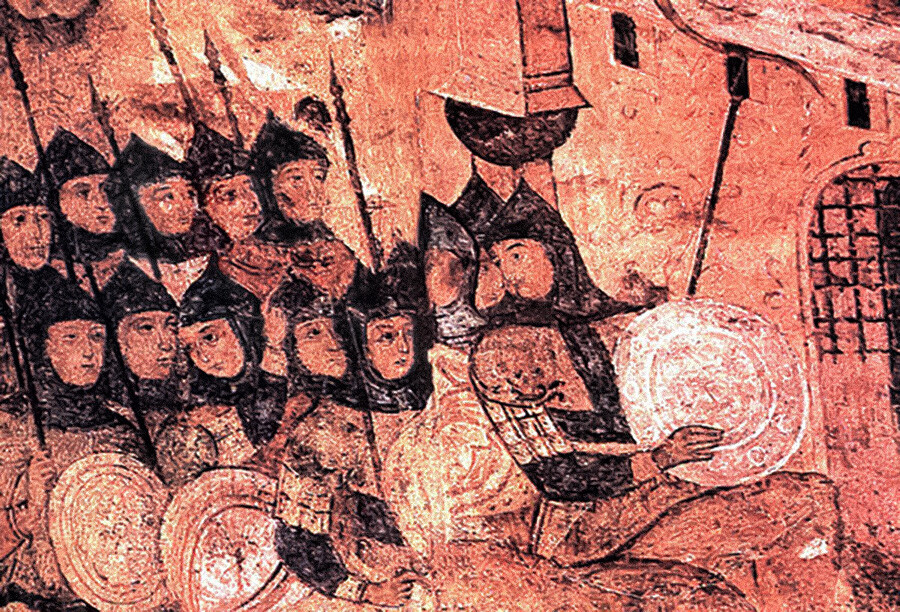 Rus’ at the Constantinople in 860.

The rulers of Kievan Rus’ were attracted by the splendor and wealth of the far-away capital of the Eastern Romans, Constantinople, which they called Tsargrad [‘Tsar-City’]. However, the princes didn’t stop at predatory raids and, from time to time, engaged in fierce struggle for spheres of influence in the Black Sea region with the Byzantine emperors (who were known as ‘Basileis’ - or ‘Basileus’ in the singular) .

Constantinople of the Byzantine era.

Russian raids on Byzantium began in the first half of the 9th century. The princes tried to launch their attacks at the most inconvenient moments for the Empire, when its army and navy were engaged in one of their endless conflicts in Asia or the Balkans. For large-scale campaigns, impressive forces were usually assembled. Describing Prince Oleg’s campaign of 907, the ‘Tale of Bygone Years’ (also known as the ‘Russian Primary Chronicle’) says that “he took with him a multitude of Varangians, Slavs, Chuds, Krivichians, Merians, Polyanians, Severians, Derevlians, Radimichians, Croats, Dulebians and Tivercians… With this entire force, Oleg sallied forth by horse and by ship and the number of his vessels was two thousand.” 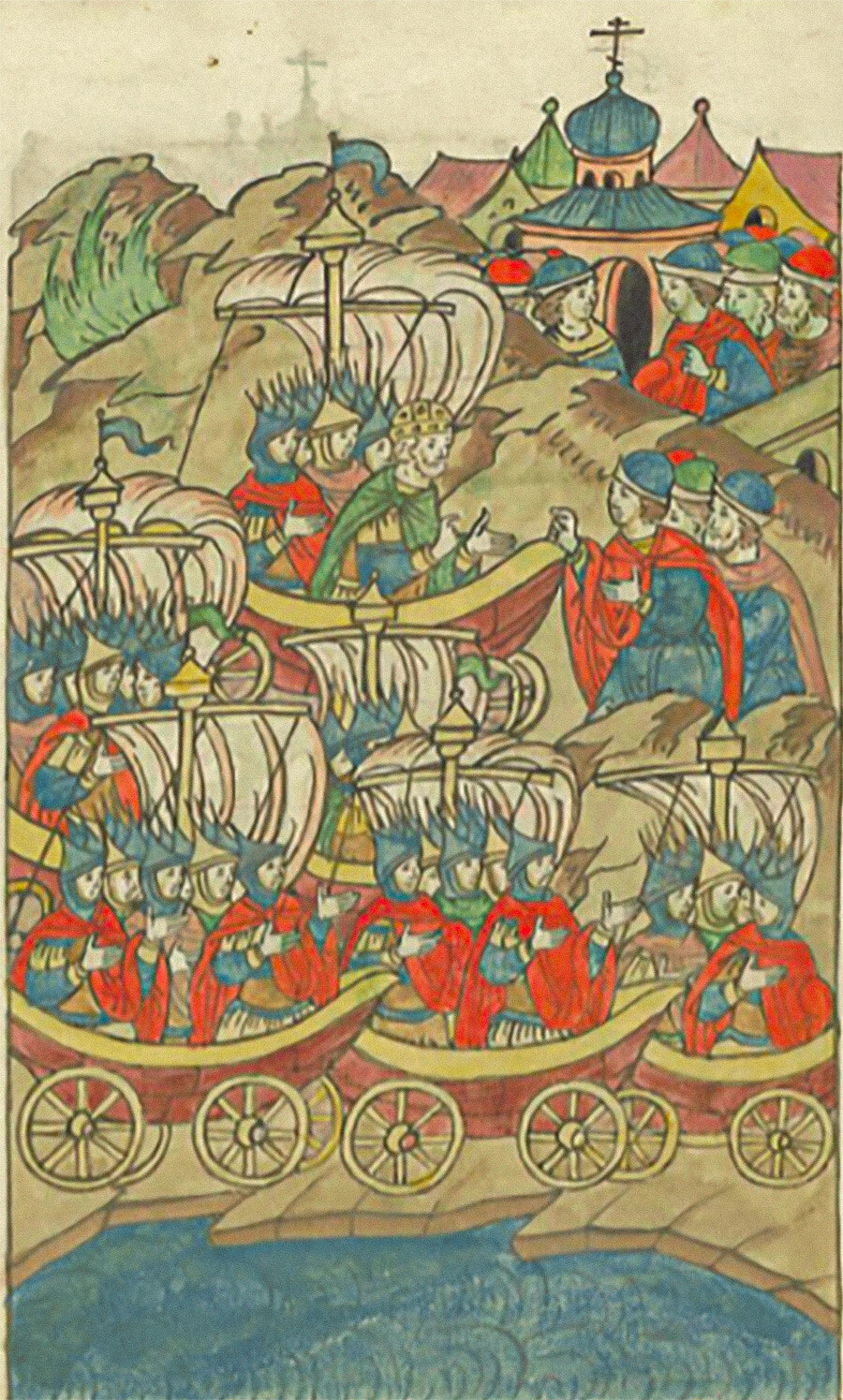 Prince Oleg leads an army to the walls of Tsargrad.

However, taking Constantinople, which was considered impregnable with its massive high walls, was an extremely difficult task even for an enormous army. Being perfectly aware of the implications of a siege, the Rus’ people preferred to plunder and burn the surroundings of the Eastern Roman imperial capital. This is how the chronicles describe the raid on Constantinople by Prince Igor in 941: “And those who were captured - some were crucified, while others were used as targets and had arrows shot at them, with their hands twisted behind them, and they themselves tied, and iron nails hammered in their heads. Many holy churches were set on fire and… a big booty was captured.” 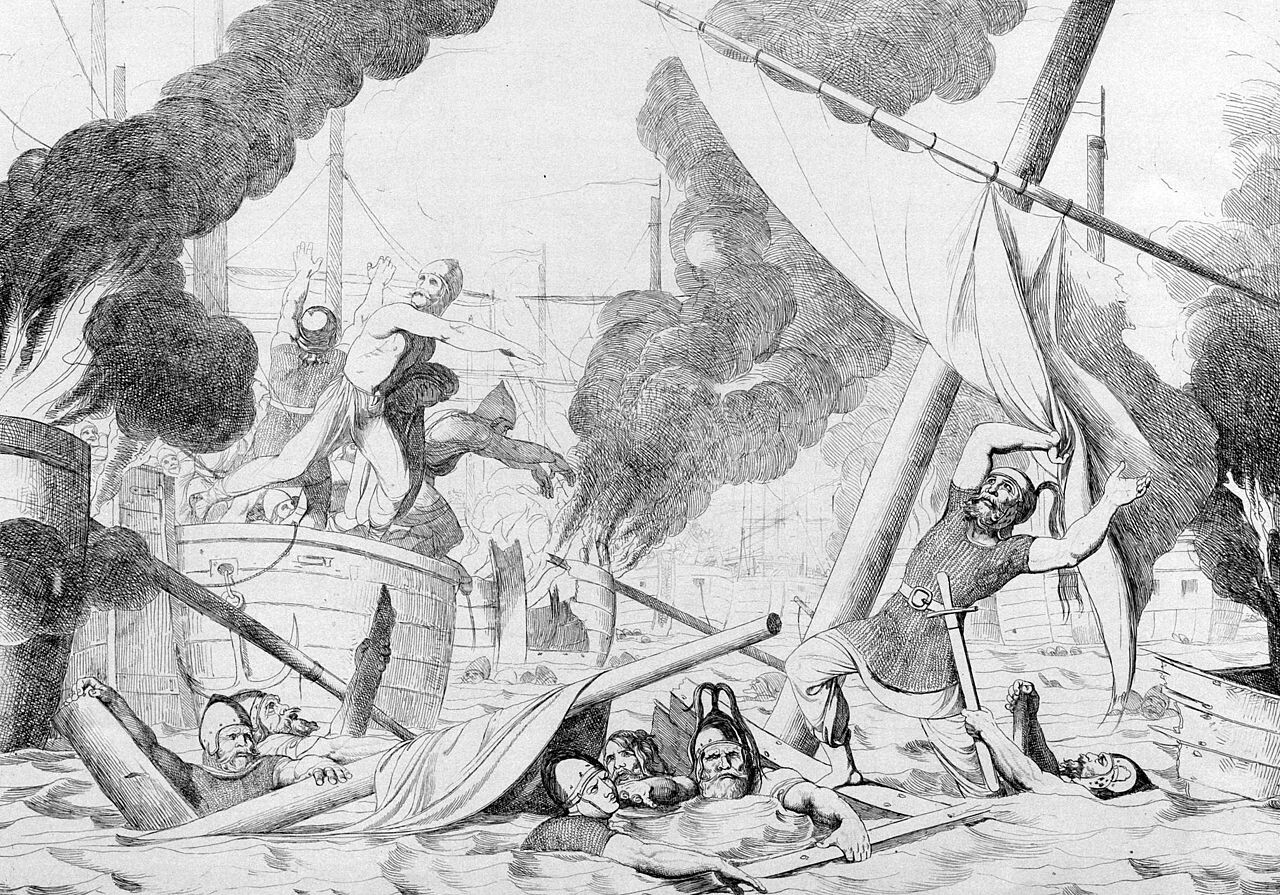 The use of of Greek fire during the siege of Constantinople.

At times, unable to oppose the “savage Scythians”, the Byzantines preferred to pay them off. Prince Oleg managed to get the Empire to pay him tribute money and provide trading privileges for Russian merchants with a mere demonstration of force. After concluding the negotiations, he even nailed a shield to the gates of the city as a sign of victory.

Despite its successful start, Prince Igor’s campaign in the year 941 ended in complete failure and, three years later, the Kievan ruler started to prepare a major new expedition. Without waiting for the arrival of the Rus’ forces, however, Constantinople sent ambassadors to Igor, offering him rich gifts. In the end, the Prince and his druzhina [retinue] decided to call off the military campaign: “Without fighting, we shall take gold, silver and pavolokas [expensive fabrics - Ed.]! How are we to know who will win, us or them? You can’t reach a deal with the sea in advance - we won’t be walking on the ground, but on the bed of the sea and there will be one death for all.”

Russians and Byzantines discuss terms of a peace treaty.

Far from always were the conflicts confined to predatory raids. Between the years 968-971, Kievan Rus’ and the Byzantine Empire fought a large-scale war for the Bulgarian kingdom, which the Basileis regarded as within their sphere of interests. Prince Sviatoslav subjugated several dozen Bulgarian cities. “They say that, having taken the city of Philippopolis, he impaled 20,000 prisoners in a cruel and inhuman manner, thus instilling mortal fear in them [the people of Philippopolis] and forcing them to submit to him,” wrote Byzantine author Leo the Deacon. In the end, however, Sviatoslav ran out of luck on the battlefield and was forced to make peace with the Empire, giving up all of his conquests. 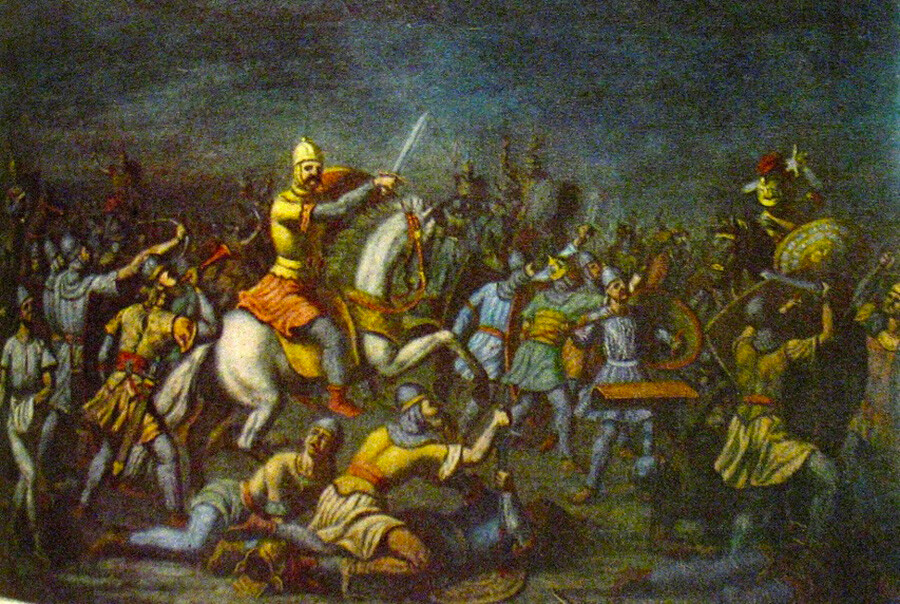 Under Sviatoslav’s son Vladimir, an active rapprochement of the two powers began. The Kievan prince married the sister of Basileus Basil II (the ‘Bulgar Slayer’), Anna, supported him in the fight against rebellious commander Bardas Phokas and, in the year 988, initiated the large-scale process of Christianization of his pagan state in accordance with the Byzantine rite, which allowed the Patriarchs of Constantinople to extend their influence to Rus’. 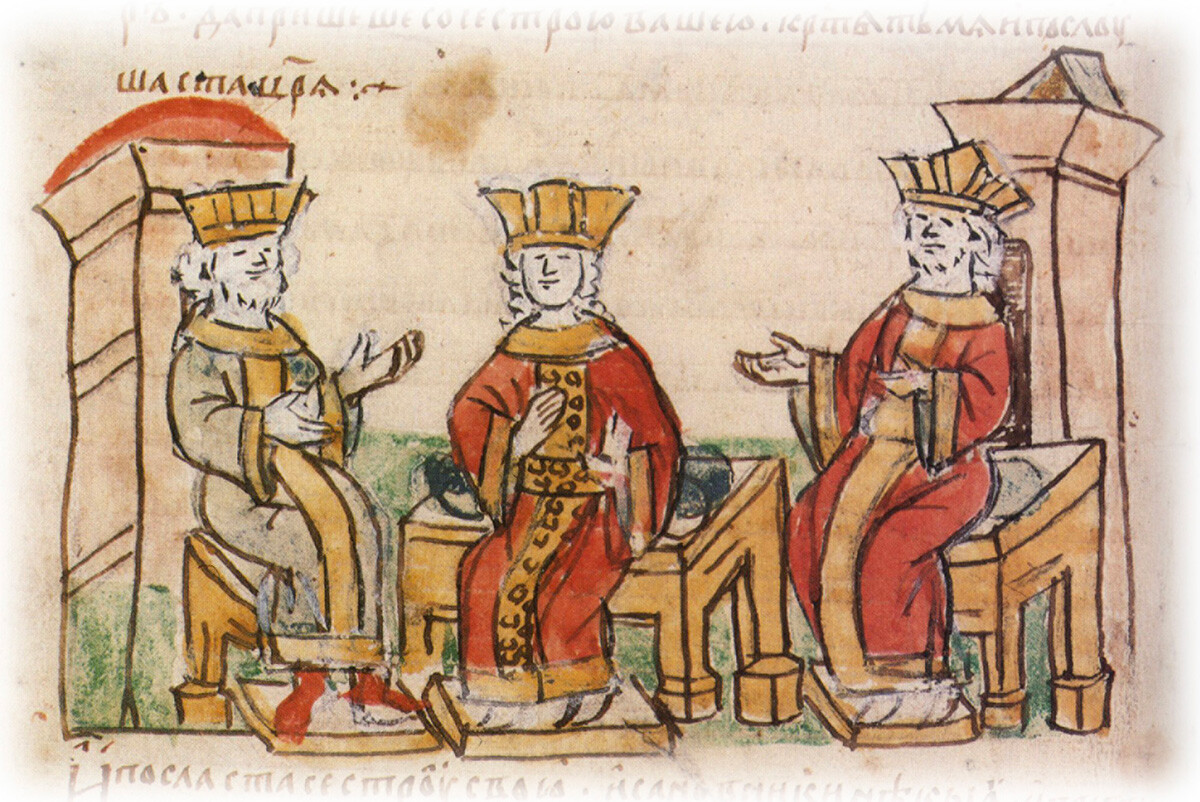 The religious union of the people of Rus’ and Byzantium didn’t mean an end to their political rivalry, however. Thus, in 1043, the son of Prince Yaroslav the Wise, Vladimir, launched a campaign against Byzantium occasioned by the murder of a Russian merchant in Constantinople. However, the Byzantine Emperor’s apologies were ignored and the campaign ended in complete disaster: In a naval battle at the Iskrestu lighthouse near the Byzantine capital, the entire Russian fleet was destroyed and most of the 800 soldiers taken prisoner were blinded by the Eastern Romans. 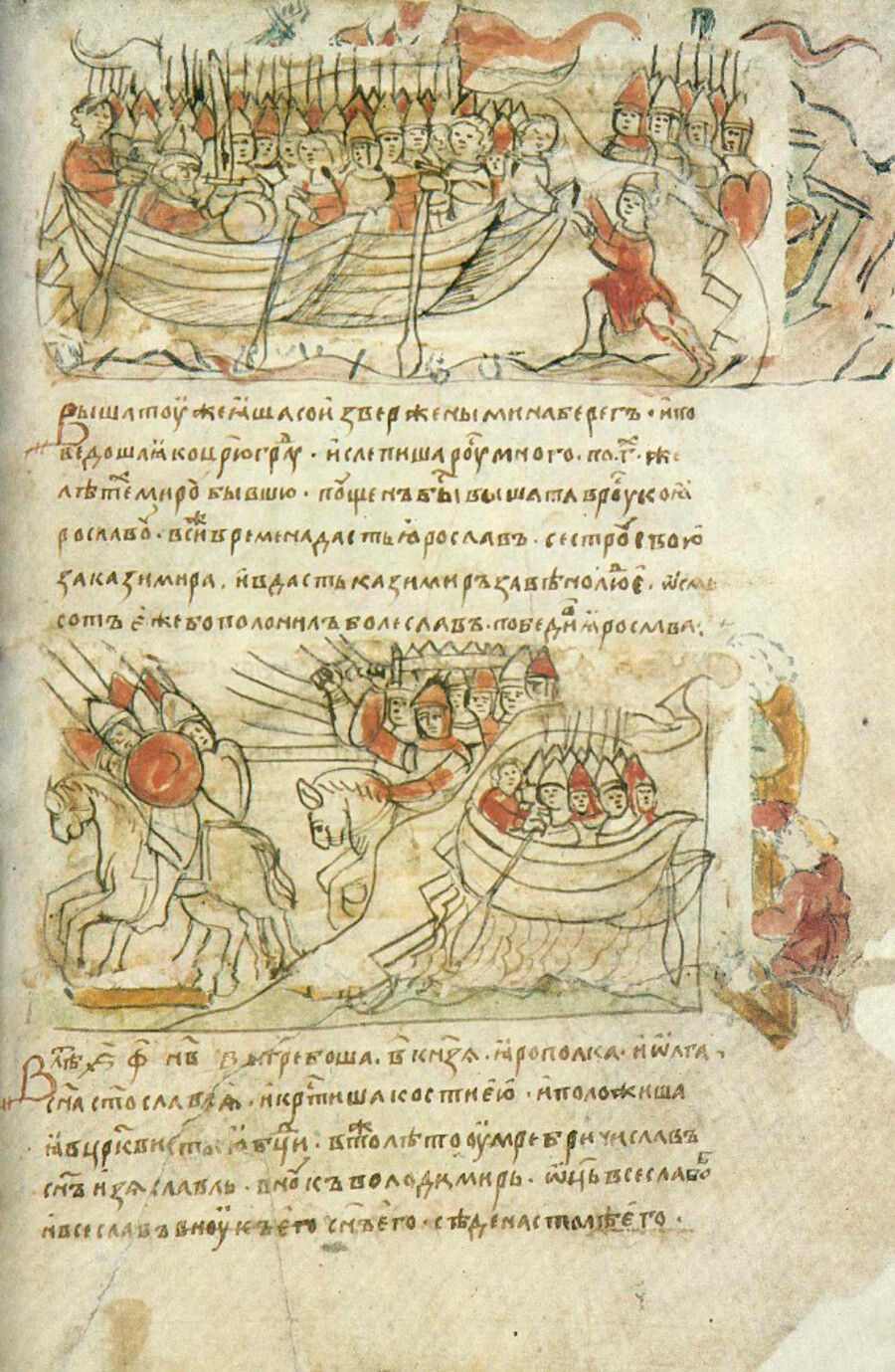 In 1116, Kievan Prince Vladimir Monomakh embarked on a daring caper against Byzantium. He had available to him the services of an imposter posing as Leo, the long-dead son of deposed Basileus Romanos Diogenes. Recognizing the pretender’s rights to the Byzantine throne, marrying his daughter Marina off to him and putting his army at his disposal, Monomakh despatched the false Diogenes to fight the forces of Basileus Alexios I Komnenos in Bulgaria, which was by now firmly incorporated into the Byzantine Empire. 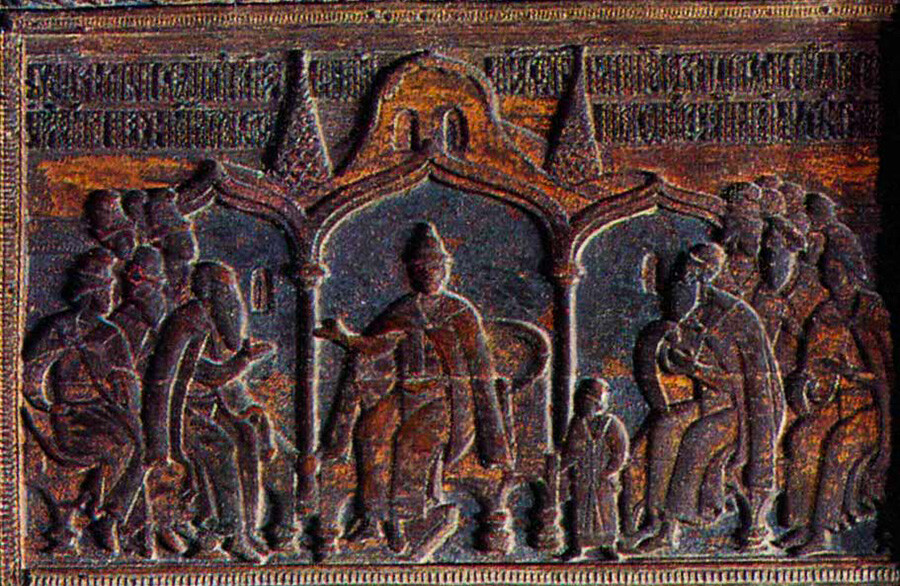 The incumbent Basileus was seriously alarmed by the incursion. He sent two assassins to deal with his rival for the Imperial throne and they successfully completed their mission. Shortly thereafter, the Russian army, which had not achieved much success, left the borders of Byzantium. That was how the last major armed conflict between the two states ended. In the middle of the 12th century, the process of disintegration of the once powerful Kievan Rus’ into independent principalities began and the latter no longer harbored any ambitions of marching on distant Tsargrad. 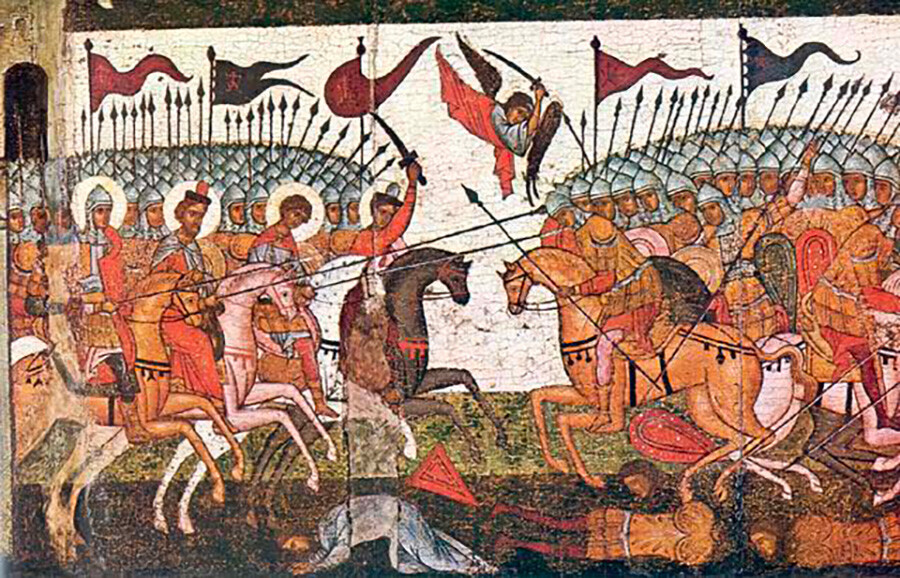 Battle between Novgorod and Suzdal in 1170.