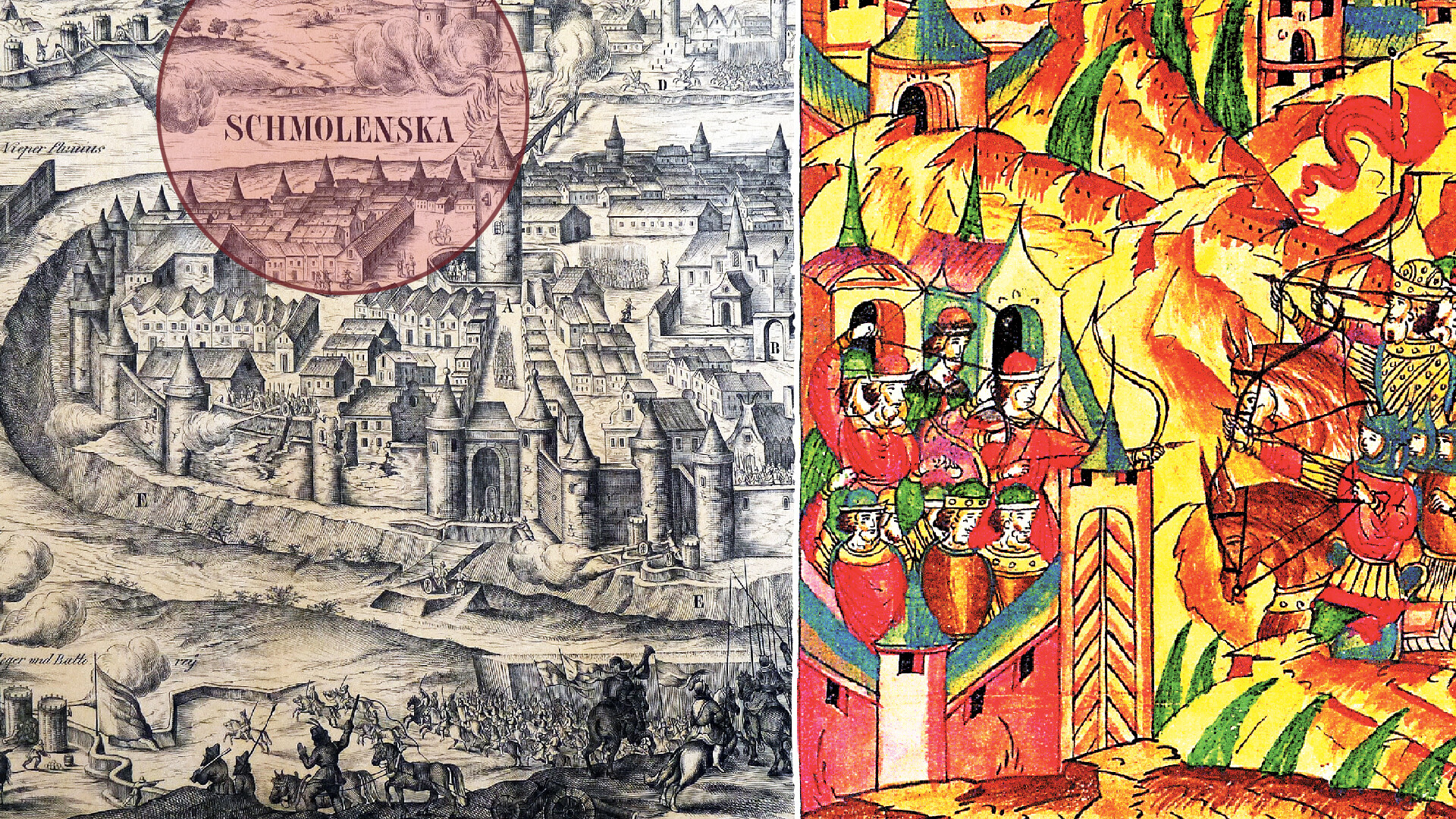 Russia Beyond (Public Domain)
Poles and Lithuanians were desperate to take possession of the city, but Smolensk nevertheless remained Russian.

For centuries, the city played a key role in Russia’s defenses. Situated today on the border with Belarus, Smolensk guarded the shortest route from Europe to the heart of the country, Moscow. 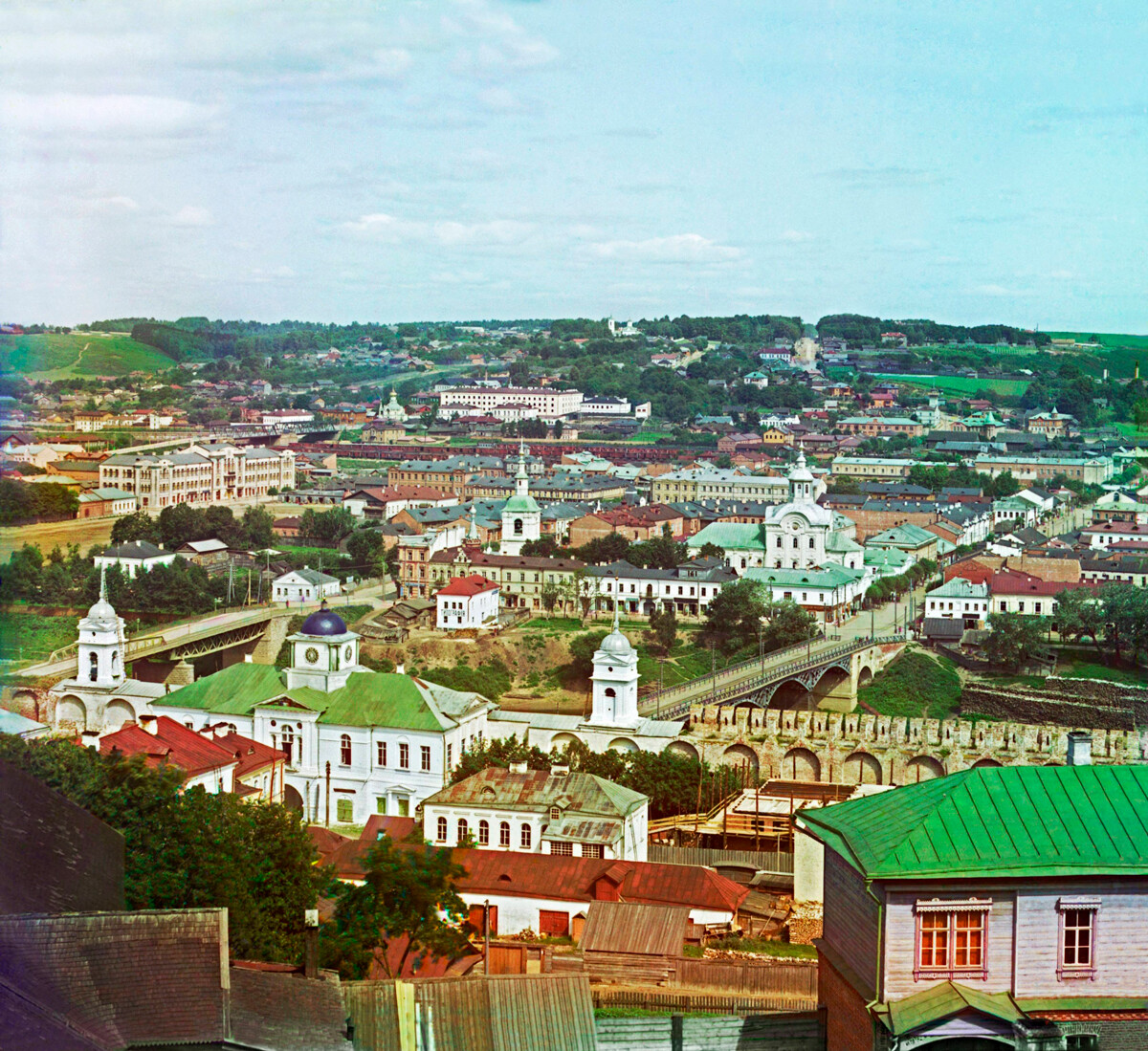 The first recorded mention in chronicles of the future “shield of Russia”, as Smolensk is often called, goes back to 863. The city, which served as the center of the tribal union of Krivichs, had a large population and was well fortified even then. In 882, Kievan Prince Oleg added it to the nascent ancient Russian state known today as Kievan Rus’. 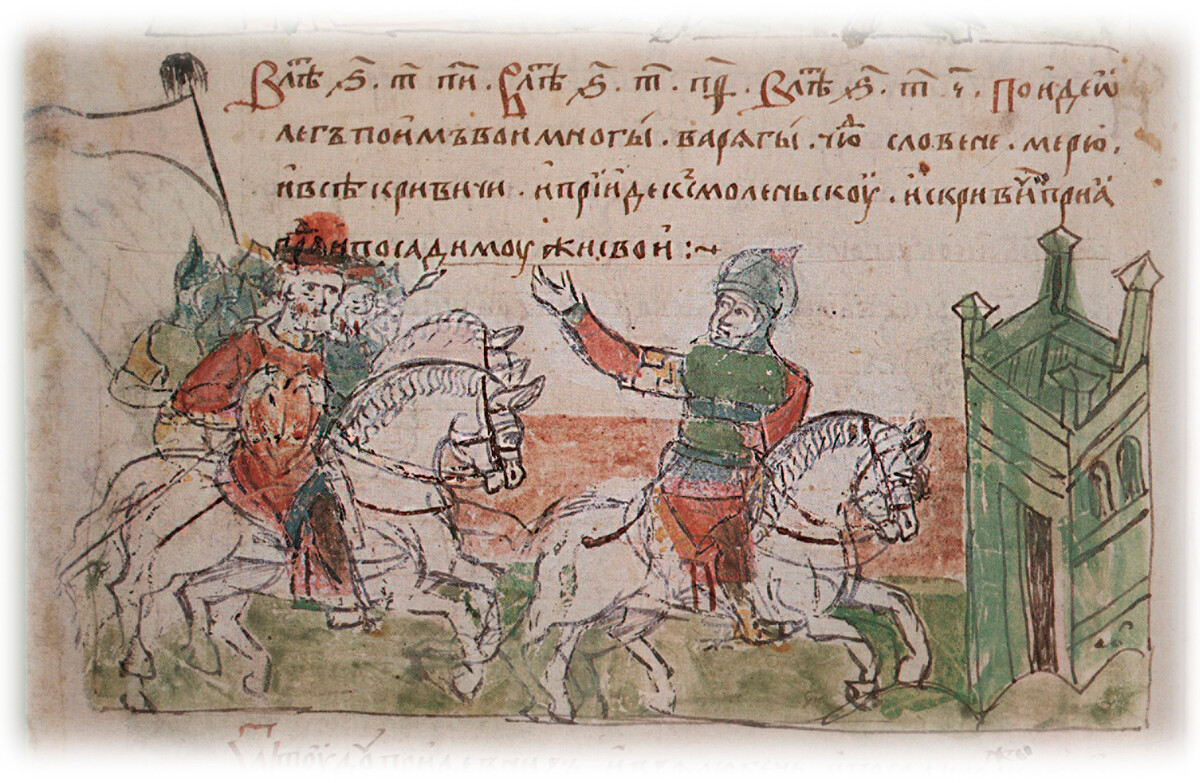 After the collapse of Kievan Rus’ in the 12th century, Smolensk became the capital of a major  independent principality. The city owed its prosperity during this period to its status as an important point on the trade route from the Baltic Sea to the Byzantine Empire, known as the route “from the Varangians to the Greeks”. 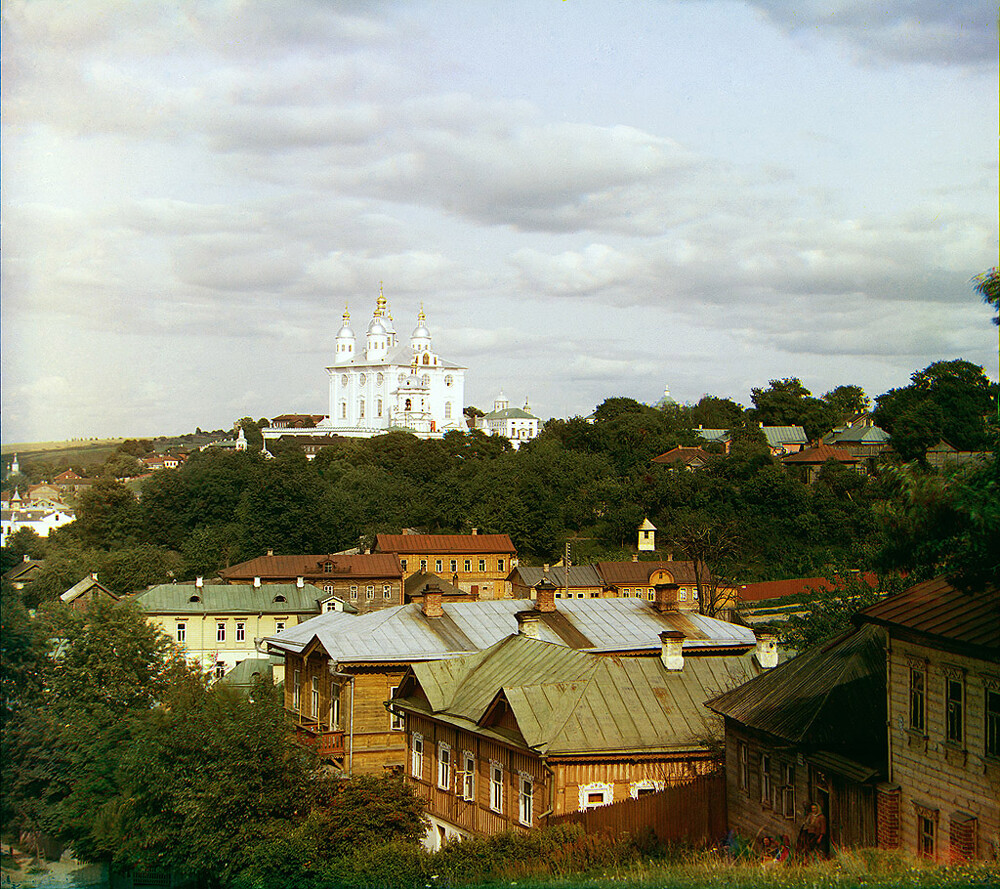 After the devastating invasion of Russia by the Mongols in the middle of the 13th century, the city’s period of prosperity and stability came to an end; furthermore, it was not the invaders from the east who were the main problem for the city. The Grand Duchy of Lithuania, which significantly expanded its territory at the expense of the weakened Russian lands (the Lithuanians even subjugated the “mother of Russian cities”, Kiev), could not but include Smolensk in its sphere of interests. 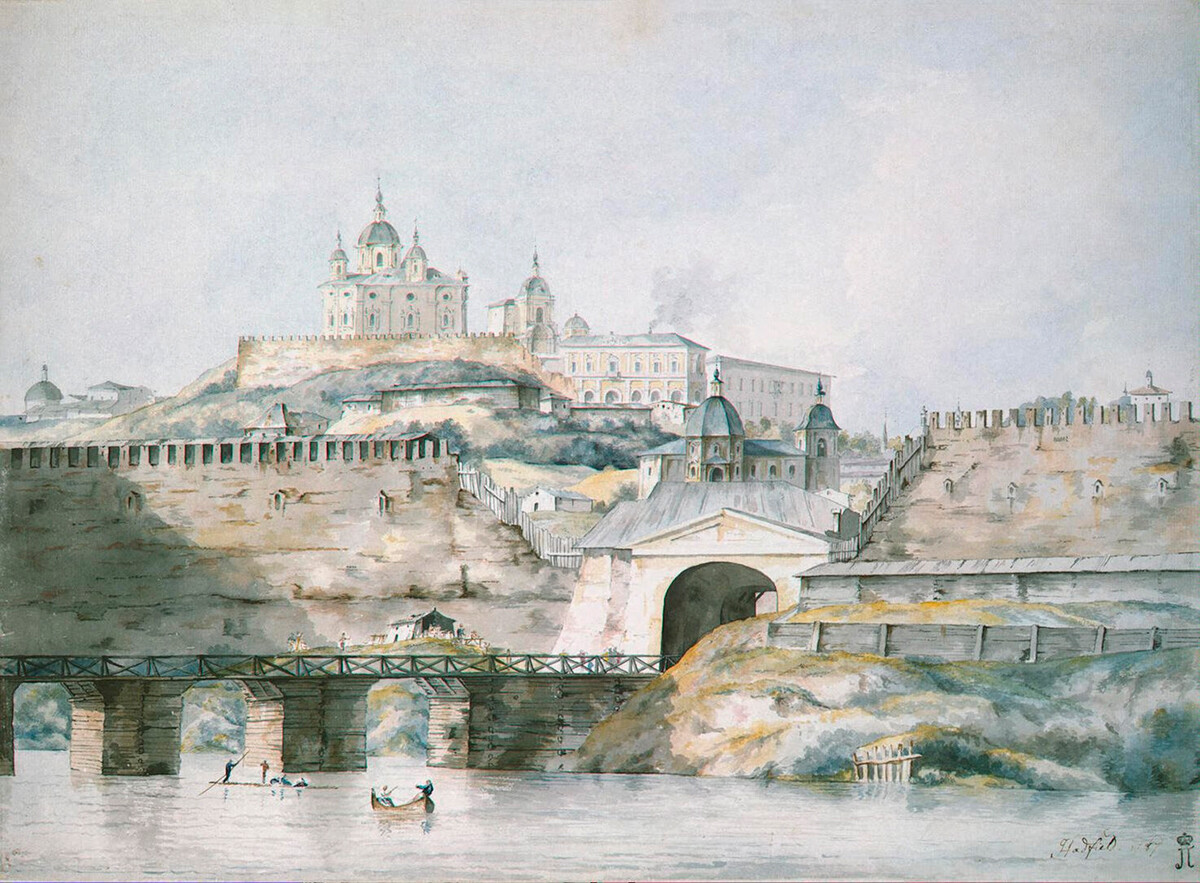 On some occasions, the two principalities acted as allies and, on others, as enemies on the battlefield. Finally, in 1404, Grand Duke Vytautas of Lithuania took Smolensk after a two-month siege, abolished its independence and annexed its lands to his Grand Duchy. And six years later, as part of the Polish-Lithuanian army, troops from Smolensk played a part in defeating the Teutonic Order in the Battle of Grunwald. “In this battle, the Russian knights of the Smolensk lands fought valiantly; standing under their own three banners, they alone did not take flight and thus deserved great glory,” 15th-century Polish historian Jan Długosz wrote about them in admiration. 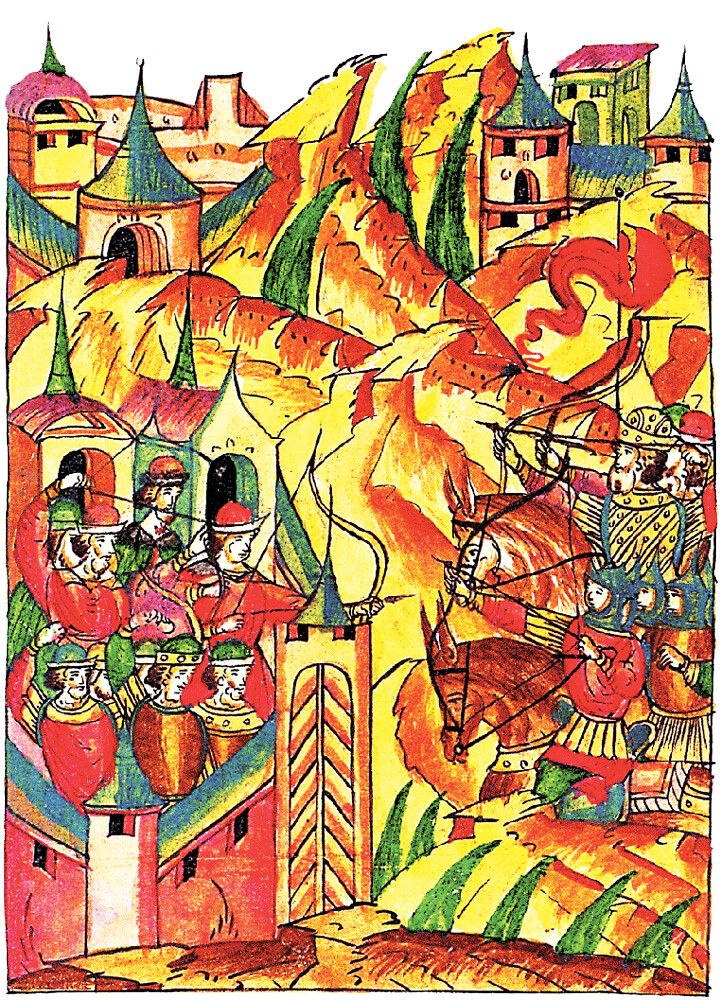 The Grand Duchy of Moscow, which, by that time, had become the center of the amalgamation of Russian lands, was not going to put up with a situation in which the powerful Smolensk fortress, from which a direct road led to Moscow, was in the hands of its geopolitical rival. A decades-long battle for the city began between the Russians and Lithuanians (and, after the formation of the Rzeczpospolita Polska in 1569, also the Poles). 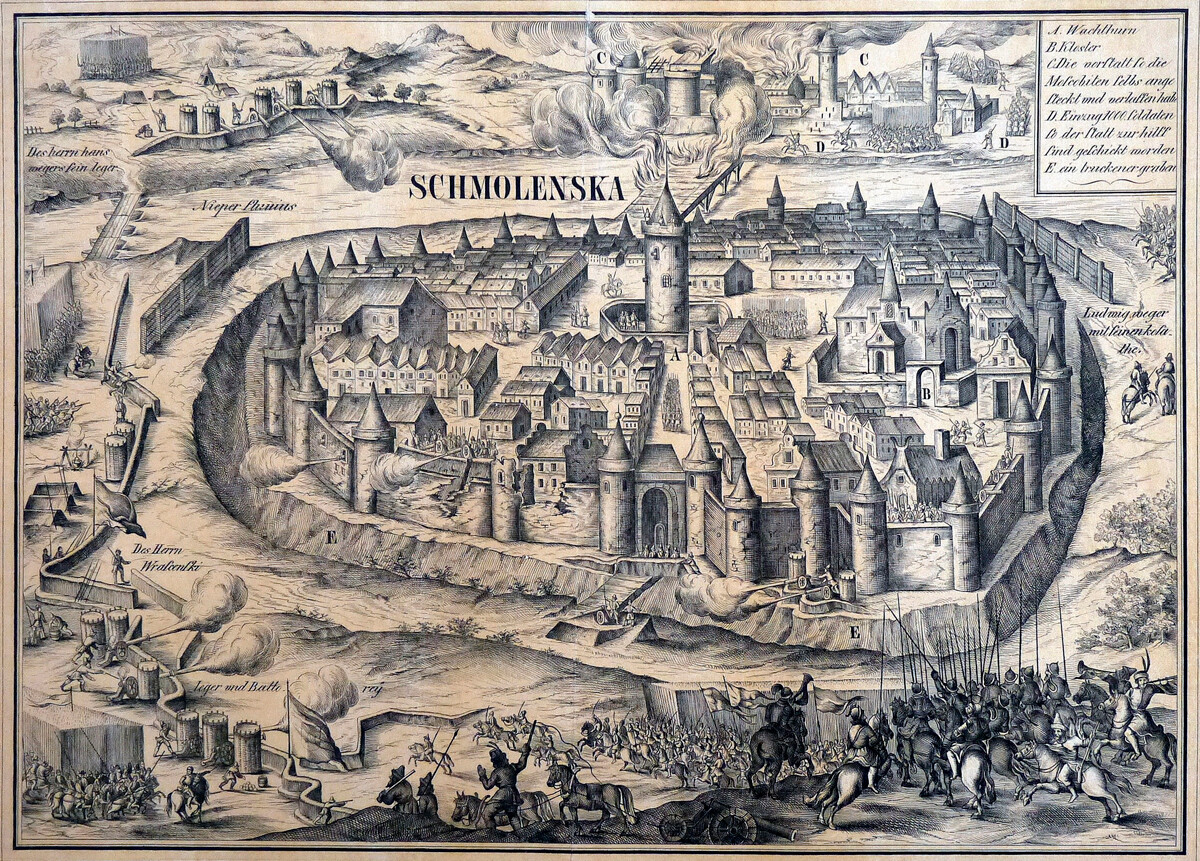 The Muscovites took control of Smolensk after the successful war of 1512-1522, only to cede it to the Poles in the early 17th century at a time of profound political and economic crisis in Russia known as the ‘Time of Troubles’. The so-called Smolensk War of 1632-1634 was also unsuccessful for them. It was only in 1667, after the conclusion of the Thirteen Years’ War, which in Poland is known as the ‘Russian Deluge’ that the city finally came under the authority of the Russian tsar. 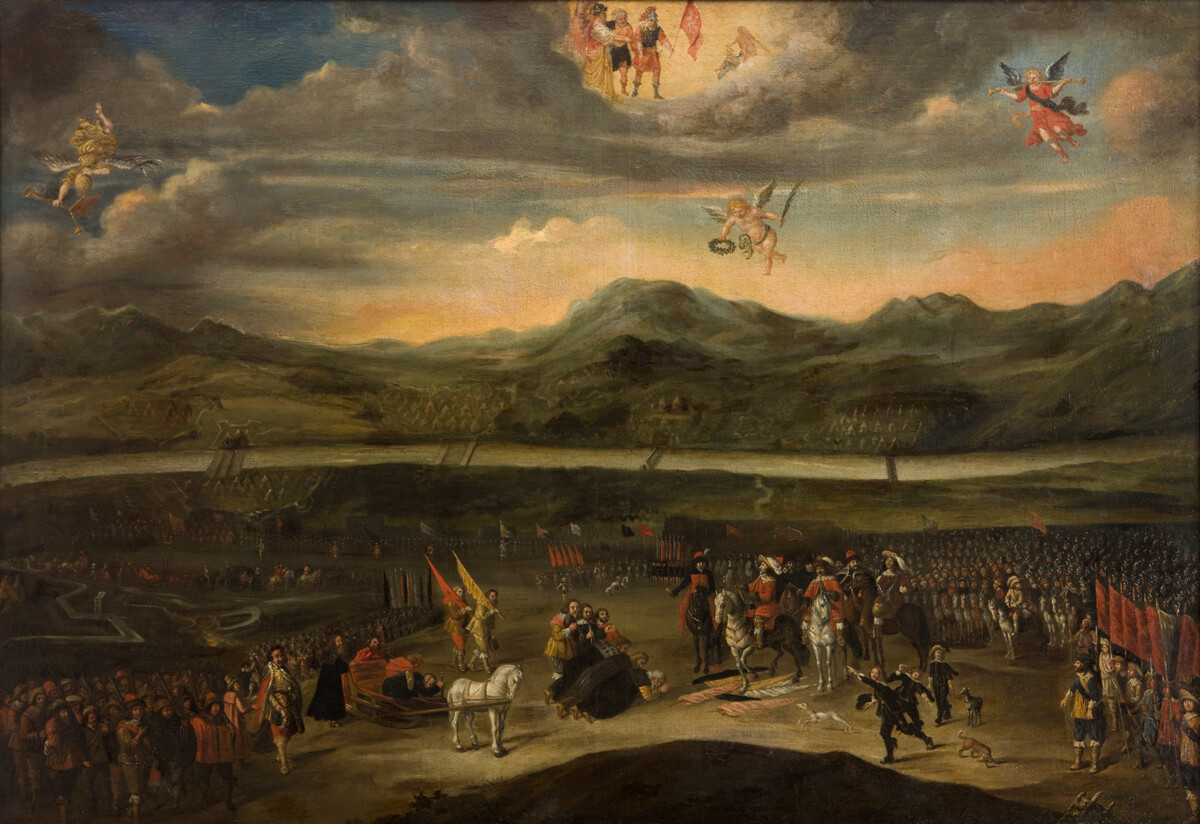 Surrender of Mikhail Shein to King Władysław IV Vasa in 1634 in Smolensk.

“Smolensk is extensive and well built. The Russians regard it as an invincible fortification protecting their country. In recent times, following its return from Poland, entry into the city has been prohibited to all foreign Ministers and Envoys out of fear that they could find out the disposition of the fortress and use this information in the event of war. The rank of Governor of Smolensk is the most senior position here and is conferred on a Noble who has earned the full trust of the tsar (at the time it was one of the tsar’s relatives). A large garrison is stationed in the city. It is prohibited to allow foreigners to enter the city on pain of execution,” is the description of Smolensk left to us by the Austrian diplomat, Adolf Lyseck, who passed through the city in 1675, after the city authorities made an exception for him. 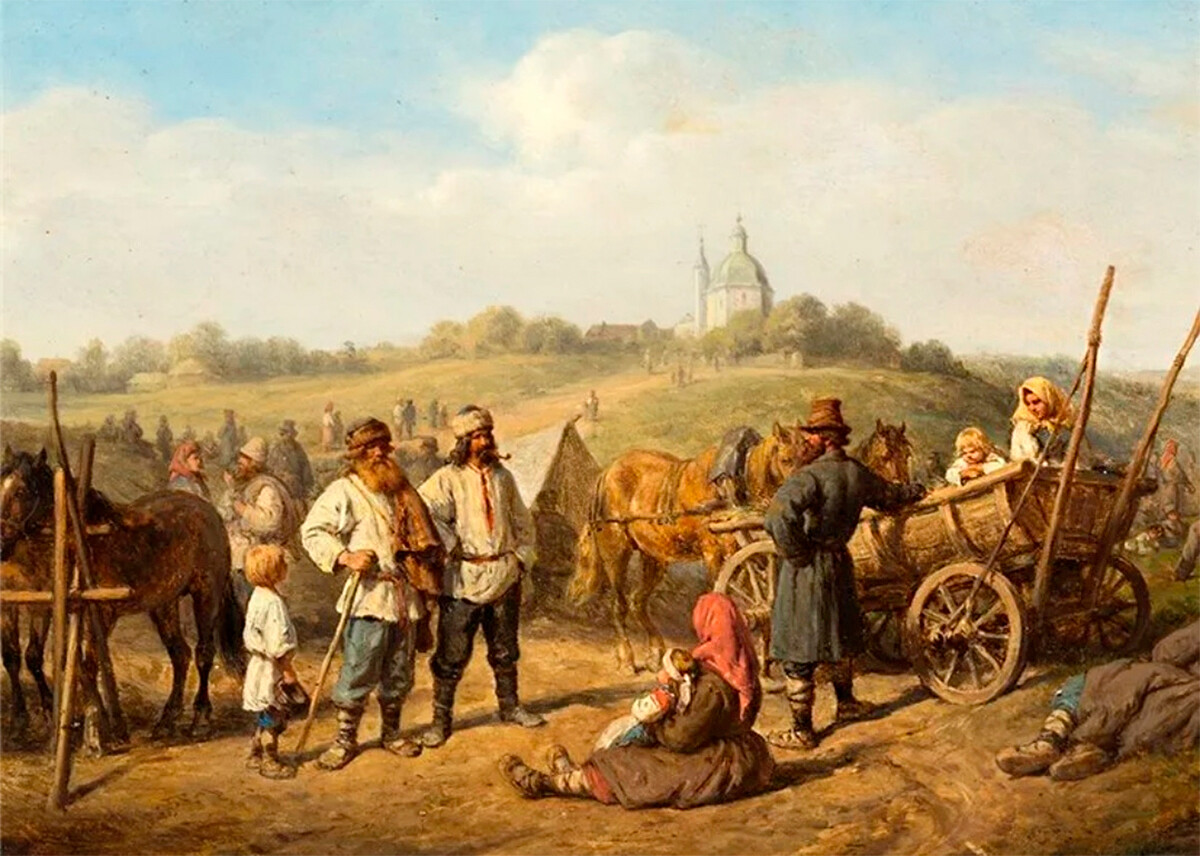 Despite the fact that the frontiers of the Russian Empire shifted significantly westwards in the following century, Smolensk was still destined to be involved in a number of major battles. During the Patriotic War of 1812, it was there that, on August 3, the Russian 1st and 2nd Western Armies joined forces after previously retreating separately from the western border under the onslaught of Napoleon’s Grande Armée. 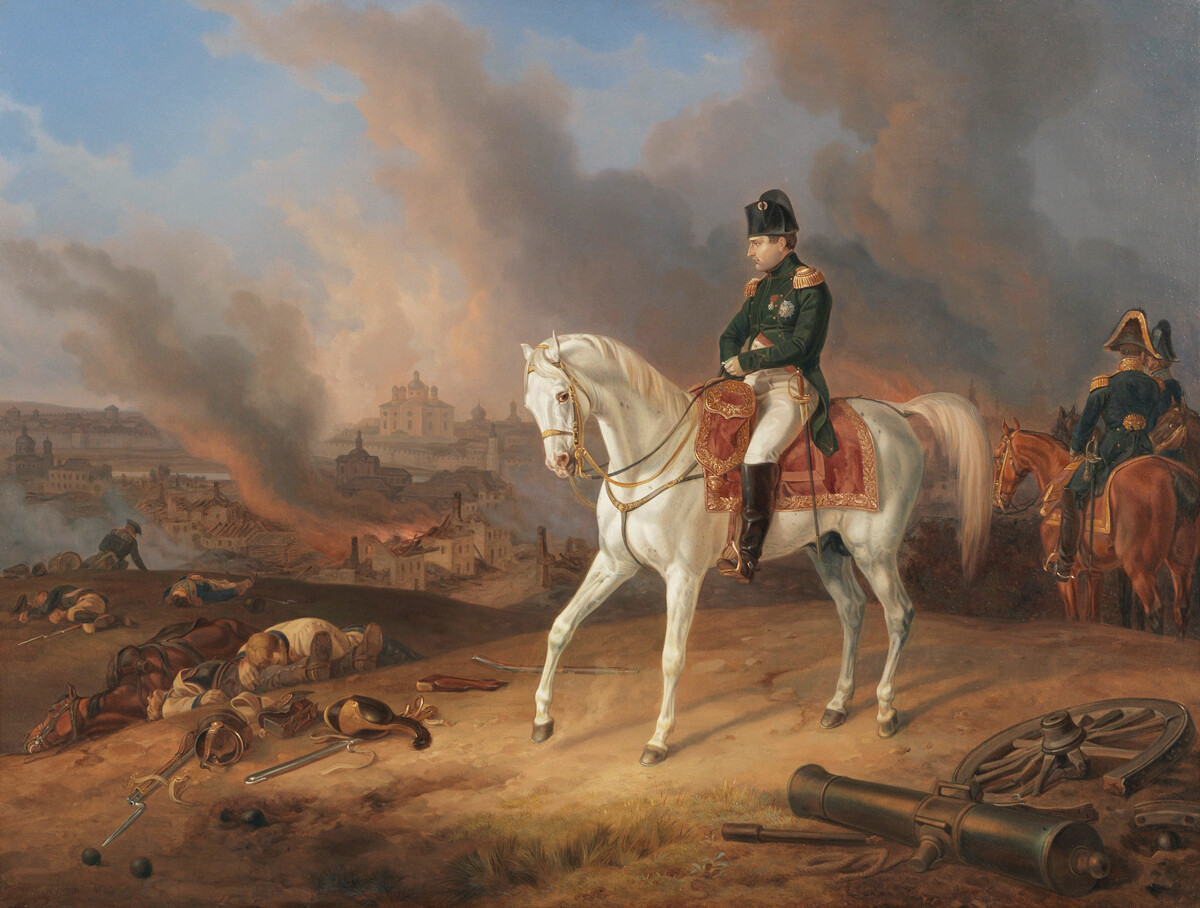 The first large-scale battle of the war started near Smolensk on August 16, as a result of which the sides lost around 20,000 men. The Russian forces were forced to withdraw and abandon the town, although Napoleon failed to inflict the decisive defeat on his adversary that he had hoped for. Soon after, the French army entered a city engulfed by fires and abandoned by its inhabitants. “It traversed the reeking and blood-stained ruins with its accustomed order, pomp and martial music and, having no other witness of its glory but itself - a show without spectators - an almost fruitless victory, a melancholy glory, of which the smoke that surrounded us and seemed to be our only conquest, was but too faithful an emblem,” wrote the French brigade general, Philippe-Paul, comte de Ségur. 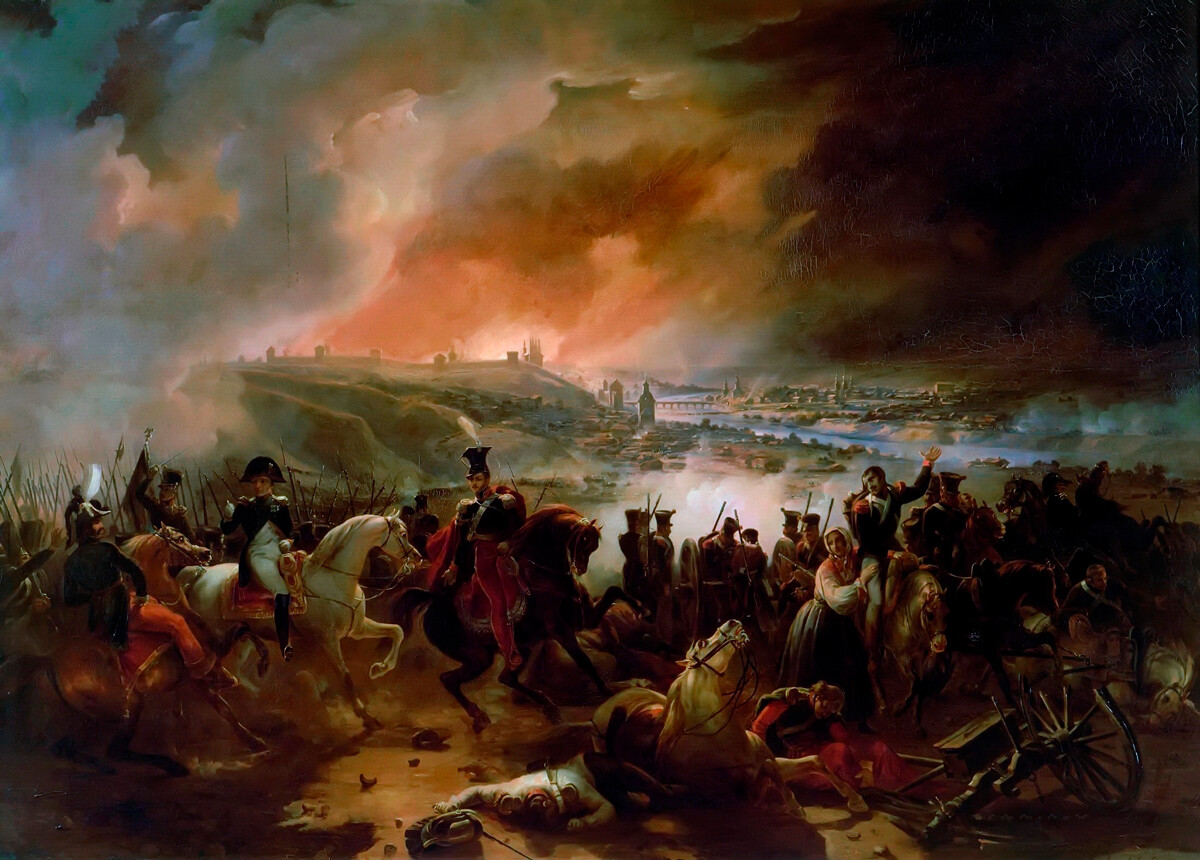 The Battle of Smolensk.

In World War II, Smolensk was a hard nut to crack for the German Army Group Center in its push towards Moscow. According to the plans of the Wehrmacht command, the city was to have been taken by June 29, but the Germans got bogged down here until September. Despite losing around 750,000 men either killed, wounded, taken prisoner or missing, the Red Army, nevertheless, managed to slow the German blitzkrieg. 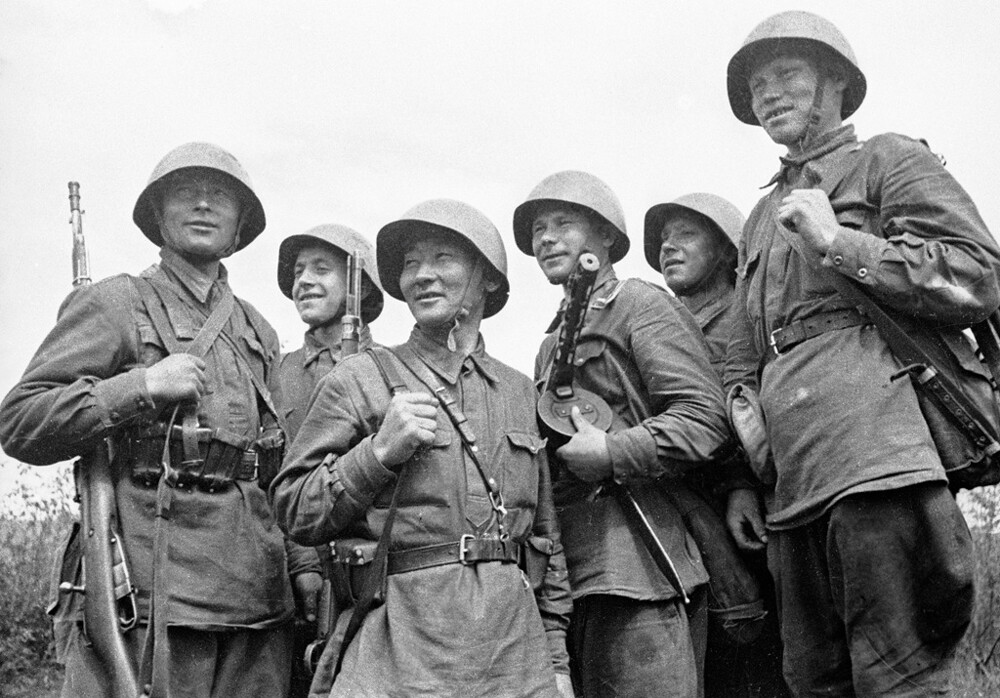 Soviet soldiers during the Battle for Smolensk.

“The Battle of Smolensk lasted two months and included a whole series of hard-fought operations, proceeding with variable success for both sides and constituting an excellent, albeit hugely expensive, training ground for honing the military expertise of Soviet soldiers and commanders, as well as a valuable training ground for the Soviet command, up to and including the High Command, in terms of organizing modern warfare against such a resolute, strong and experienced enemy and commanding troops in fierce, frequently changing forms of fighting,” Marshal Alexander Vasilevsky noted in his memoirs.The Red Army liberated Smolensk on September 25, 1943. After that, the long-suffering “shield city” finally got a well-deserved rest. 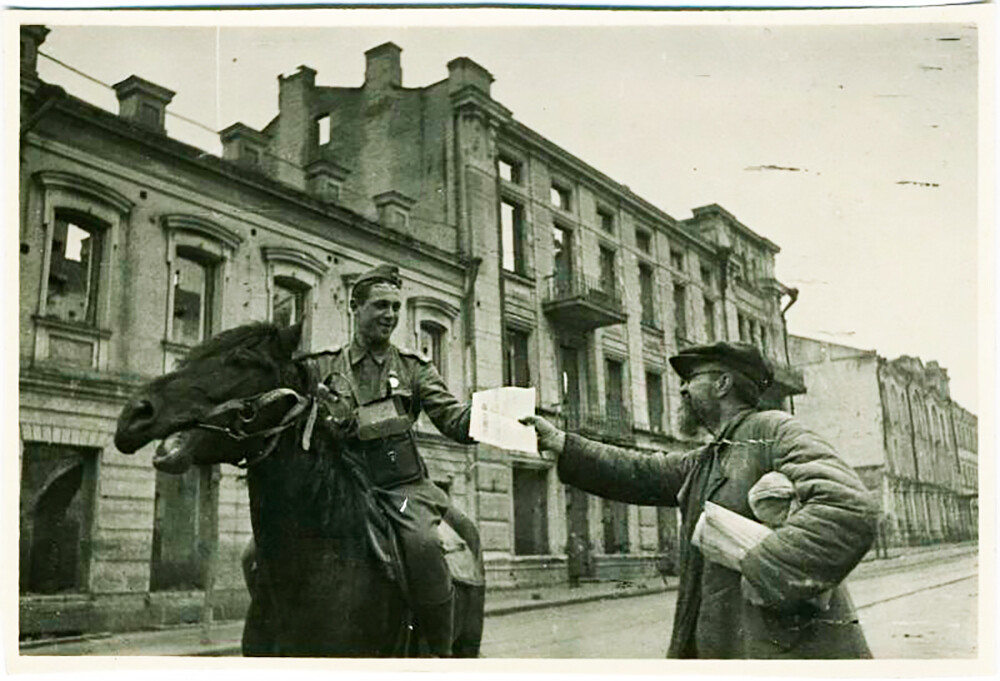