How legendary Elsa Schiaparelli made an outfit for Soviet women (PHOTOS) 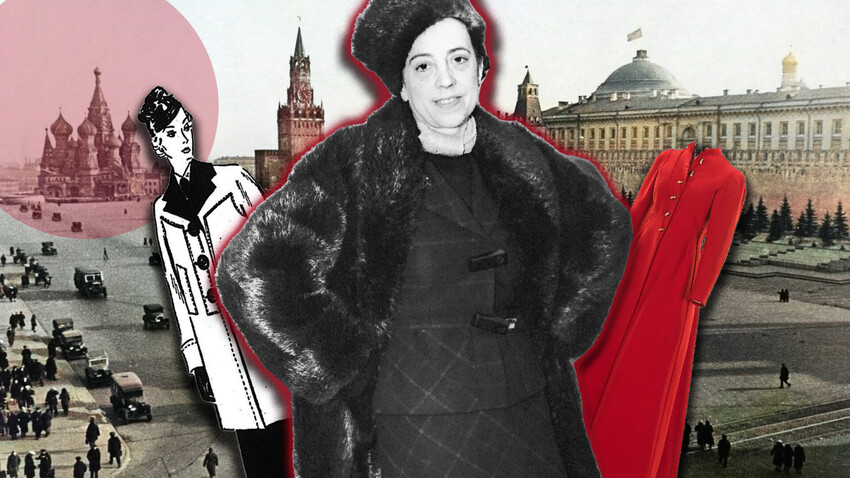 Russia Beyond (Sovfoto / Getty Images; Keystone-France/Gamma-Keystone via Getty Images, Brooklyn Museum Costume Collection at The Metropolitan Museum of Art; Public Domain)
She was the first Western European couturière to show her collection in the USSR under Joseph Stalin.

In the 1930s, clothes and shoes in the USSR were rationed, so most of the population treated them as basic essentials. In addition, despite the efforts of textile mills, the country was woefully short of quality fabrics.

Soviet leaders hoped to change the situation with the help of emergent relations with Europe. A Franco-Soviet military mutual assistance pact was signed in May 1935 and, at the end of that year, a French trade fair, attended by a large delegation led by Minister of State Édouard Herriot, was held in Moscow. Elsa Schiaparelli, an Italian couturière working in Paris, was a member of the delegation. As a representative of the fashion industry, she was expected to come forward with ideas for the future “look” of Soviet women. 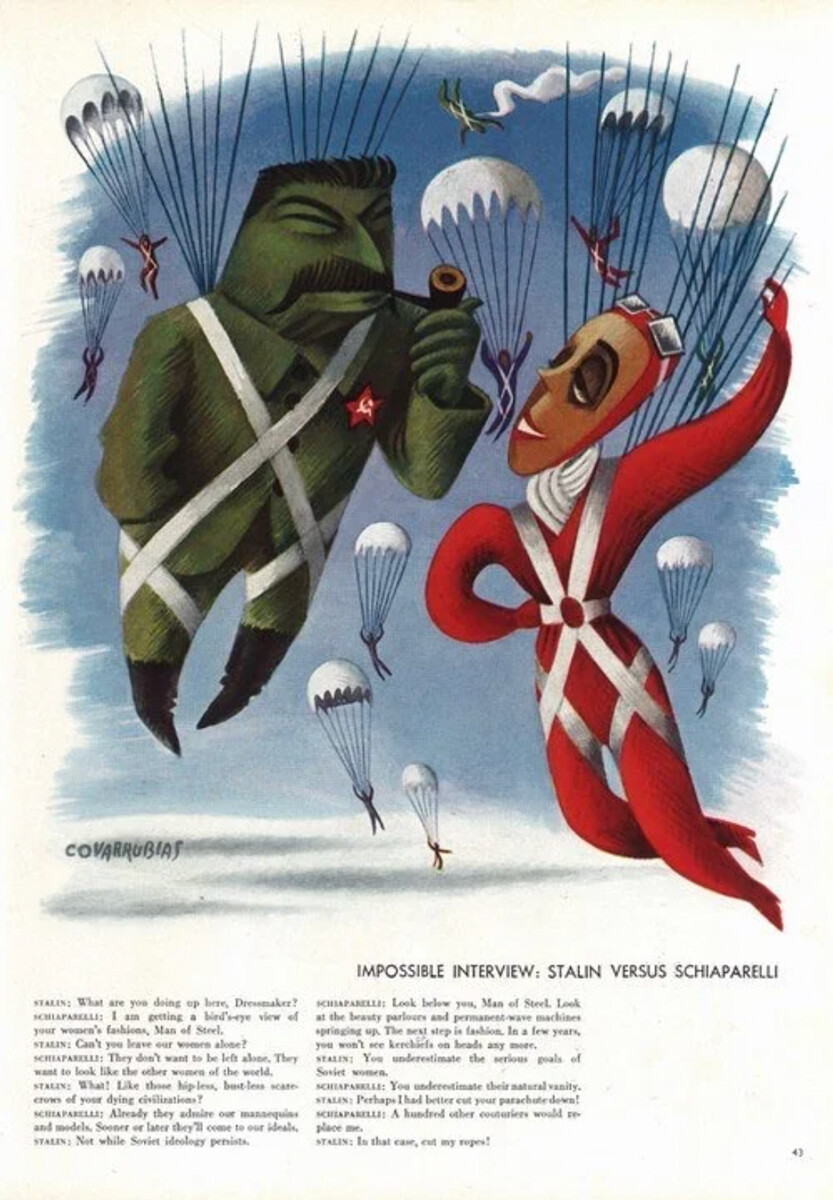 Clothes for the “average” Soviet woman

Apart from the fashion designer, major textile companies and manufacturers of gloves, perfume, liqueurs and champagne displayed their products at the fair. Schiaparelli got a modest stand, which she decorated with scarves adorned with designs based on newspaper cuttings. On a table in front of the stand, she placed foreign fashion magazines, which immediately attracted the female visitors, for whom such magazines were a novelty. 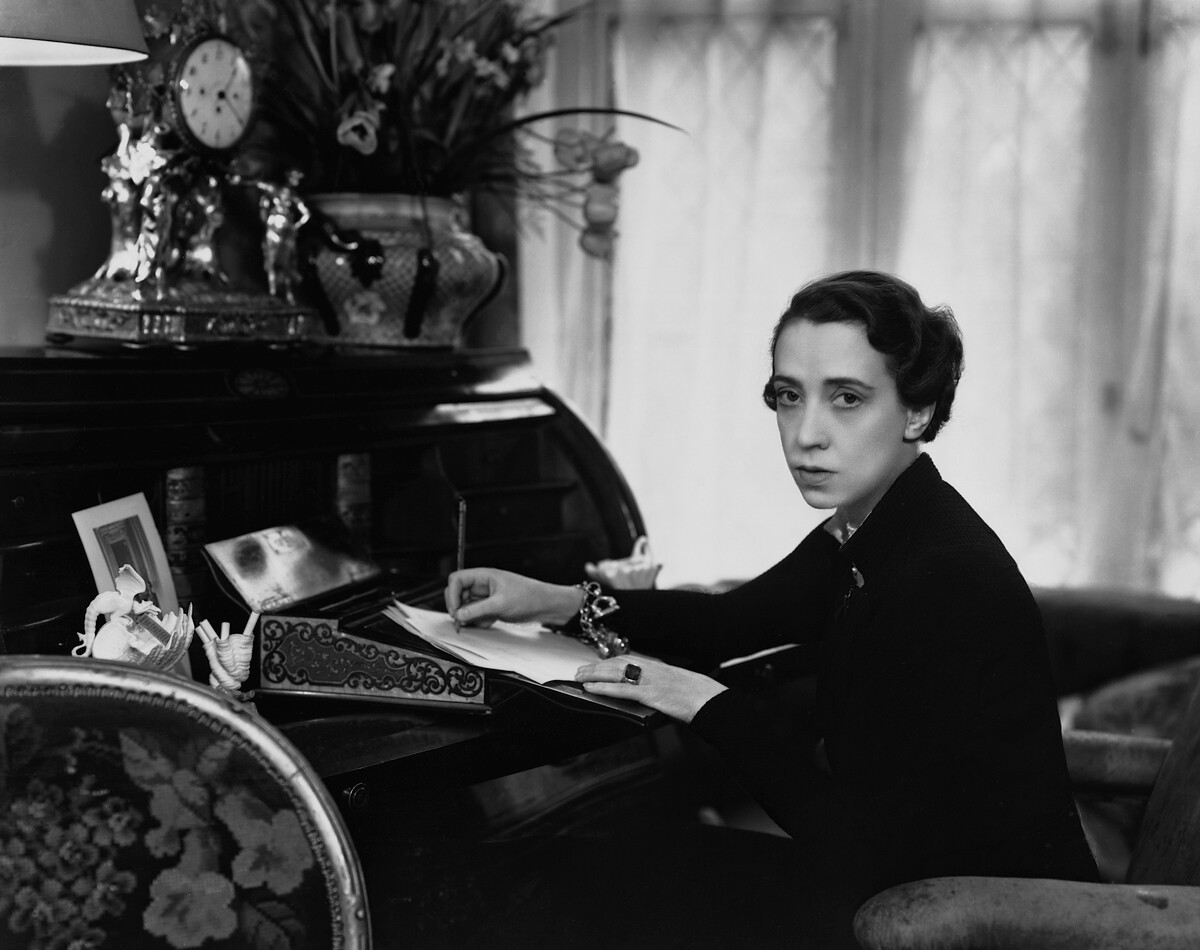 Elsa Schiaparelli the French fashion designer, sits at her desk, 1936.

Schiaparelli later reminisced about the trip in her book, ‘Shocking Life’. In her opinion, in that period, Stalin wanted the Soviet military to wear well-fitting uniforms and their wives to learn to look their best. Also, work clothes were supposed to look different from clothes for going out: Even female factory workers were expected to wear evening outfits to go to the theater, for instance. These were the kinds of womanly clothes that Soviet fashion designers sought to create.

Schiaparelli was invited to open a show at the new Dom Modelei (“House of Models”) fashion house on Sretenka Street in Moscow. Her brief was to design “a costume for the average Soviet woman, something that every woman could wear whatever her condition of life and that she could easily buy”. The Dom Modelei at that time was literally an all-Union center: From there, clothes accompanied by drawings, technical specifications and patterns were sent out to garment factories throughout the country for mass production. 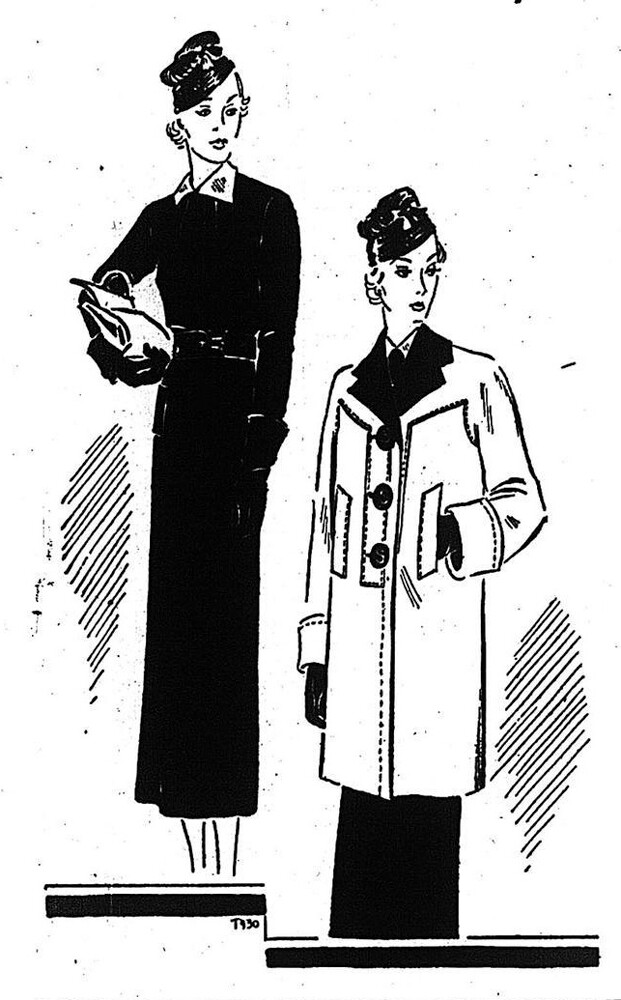 The worker's gown designed for the Soviet Union by Elsa Schiaparelli.

The news instantly spread through the Western press that Schiaparelli had designed clothes for 40 million Soviet women. Things were not quite like that, however. True, the couturière had designed a costume, but it was absolutely in her own style - a modest black dress with a high collar that could equally be worn to work or to the theater. It was accompanied by a loose red coat lined in black with large buttons and a knitted woolen hat with a zip-fastener. According to one account, Soviet officials did not like the coat’s large pockets, because they thought they could attract pickpockets on public transport and, according to another account, the dress was regarded as too simple. Whatever the case, the outfit was not put into mass production. 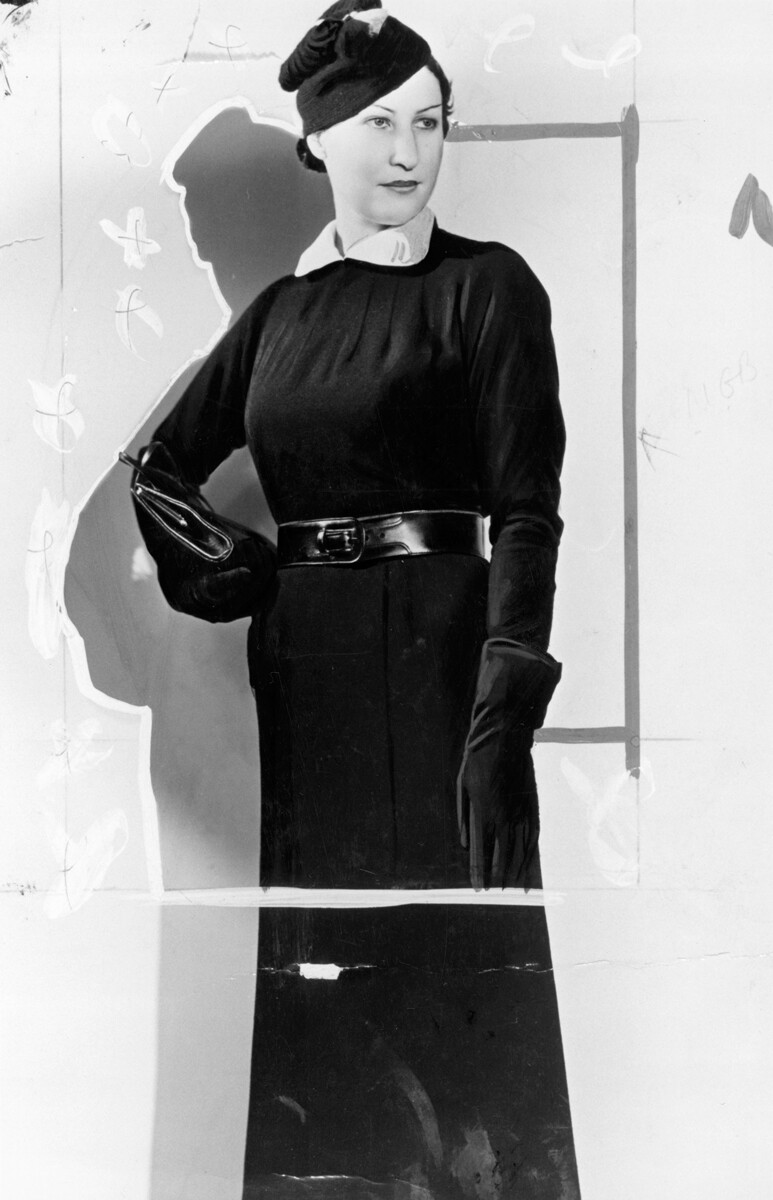 Inspired by the Land of the Soviets

Schiaparelli describes in her memoirs how she was struck by the chiffon, lace and velvet outfits she saw displayed on mannequins at Dom Modelei. It was quite the opposite of what she had imagined as suitable for Soviet women. 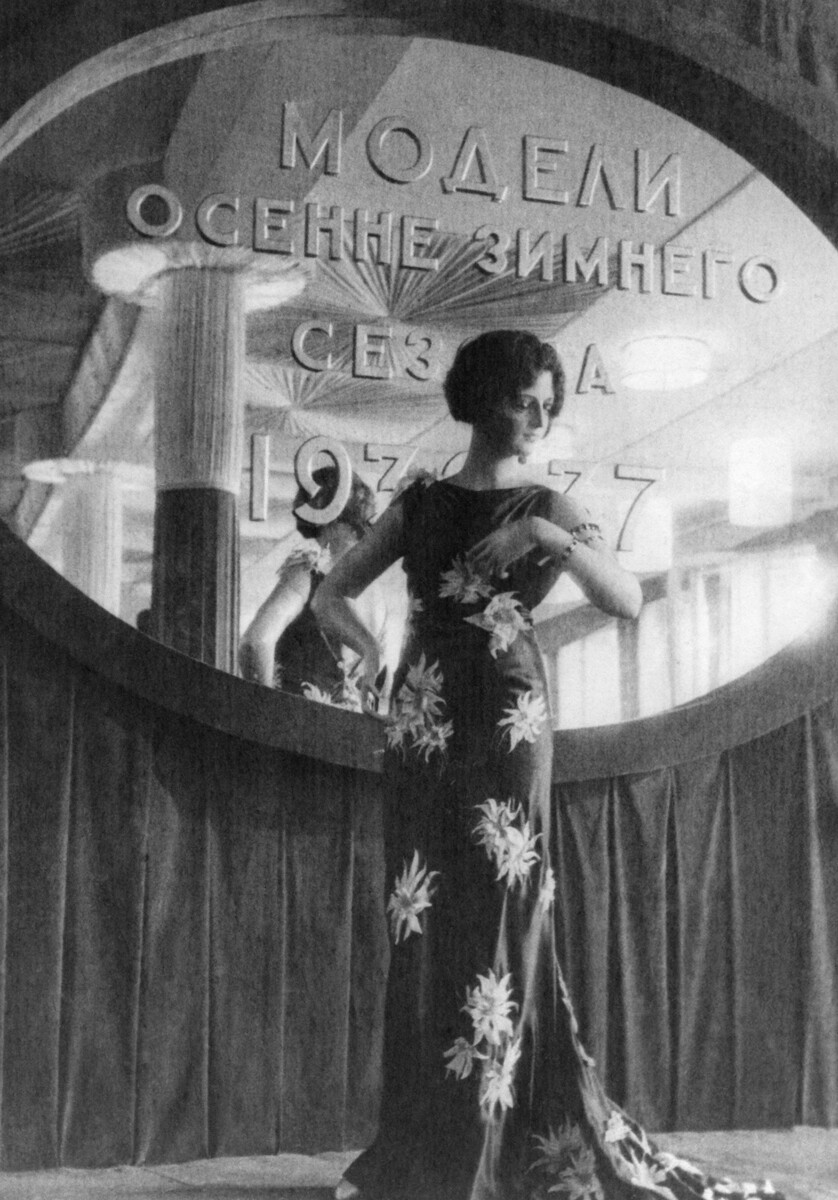 “In spite of the glorification of smart dresses, the Stalinist economy was unable to deliver them to the public,” writes the historian of socialist fashion, Djurdja Bartlett, in her book ‘Fashion East: The Spectre that Haunted Socialism’. And the elegant clothes from the Dom Modelei displays were used for stage and movie productions and were only available to a very narrow circle of individuals, mainly the wives of Soviet officials and movie stars. 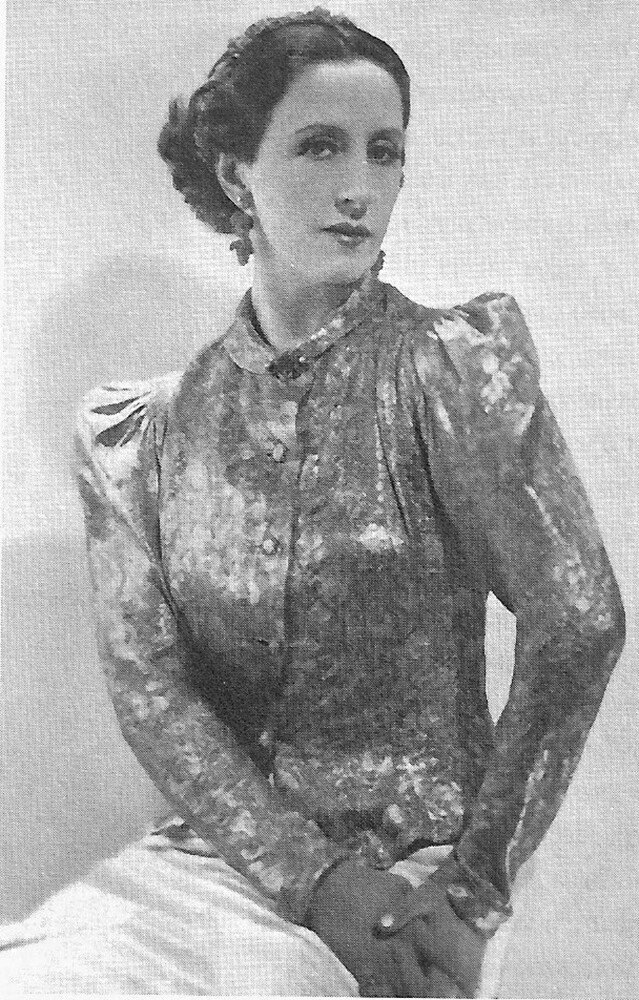 The designer herself was quite unmoved by the rebuff from her Soviet colleagues. She was, however, able to find inspiration from her trip to the USSR: At an airfield in Moscow, she saw the unusual spectacle of a team of nurses putting up a field hospital within a few minutes of parachuting to the ground. In Paris the very next year, she presented her spring-summer Parachute Collection. Its centerpiece was a dress with a narrow waist and a full, paneled skirt. When the model walked in it, the effect was of a flower bobbing in water. 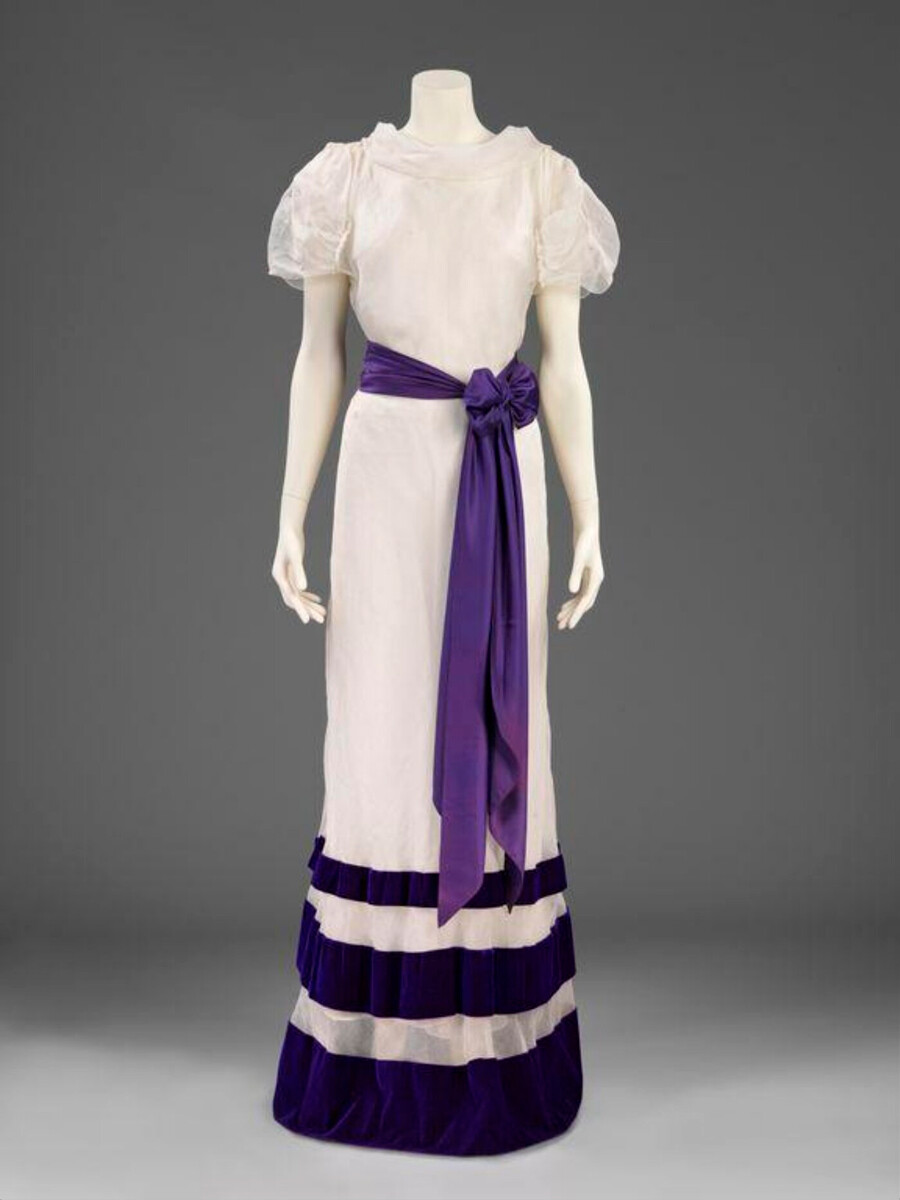 READ MORE: 5 unexpected things that Russians had a hand in inventing