Why did Soviet soldiers in Afghanistan BOIL their ammo? 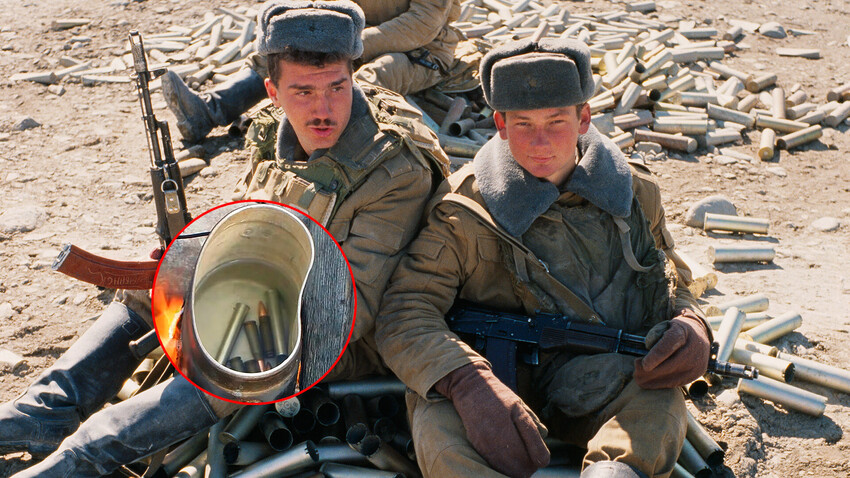 Patrick Robert/Sygma via Getty Images
A widespread army tale claims the ammo required up to five hours of boiling. But what on earth was it for?

During the Soviet war in Afghanistan, there was a widespread army tale. Russian soldiers were often seen boiling their ammo for hours in a pot over an open fire. Tales of this widespread practice strike many contemporaries as something inexplicable, but there was a logic behind this odd habit of seasoned warriors.

For some, the Soviet presence in Afghanistan was a tragedy, but others saw the war as a business opportunity. The Soviet government spent tons of money to maintain and supply its troops in the country and some people sought to make some profit through embezzlement and misappropriation.

“A bacchanalia reigned in the city. Army men sold everything they could sell at the [bazaars], from military ammunition and food to blankets and sheets,” wrote war historian Mikhail Zhirokov in a book about the Soviet presence in Afghanistan. 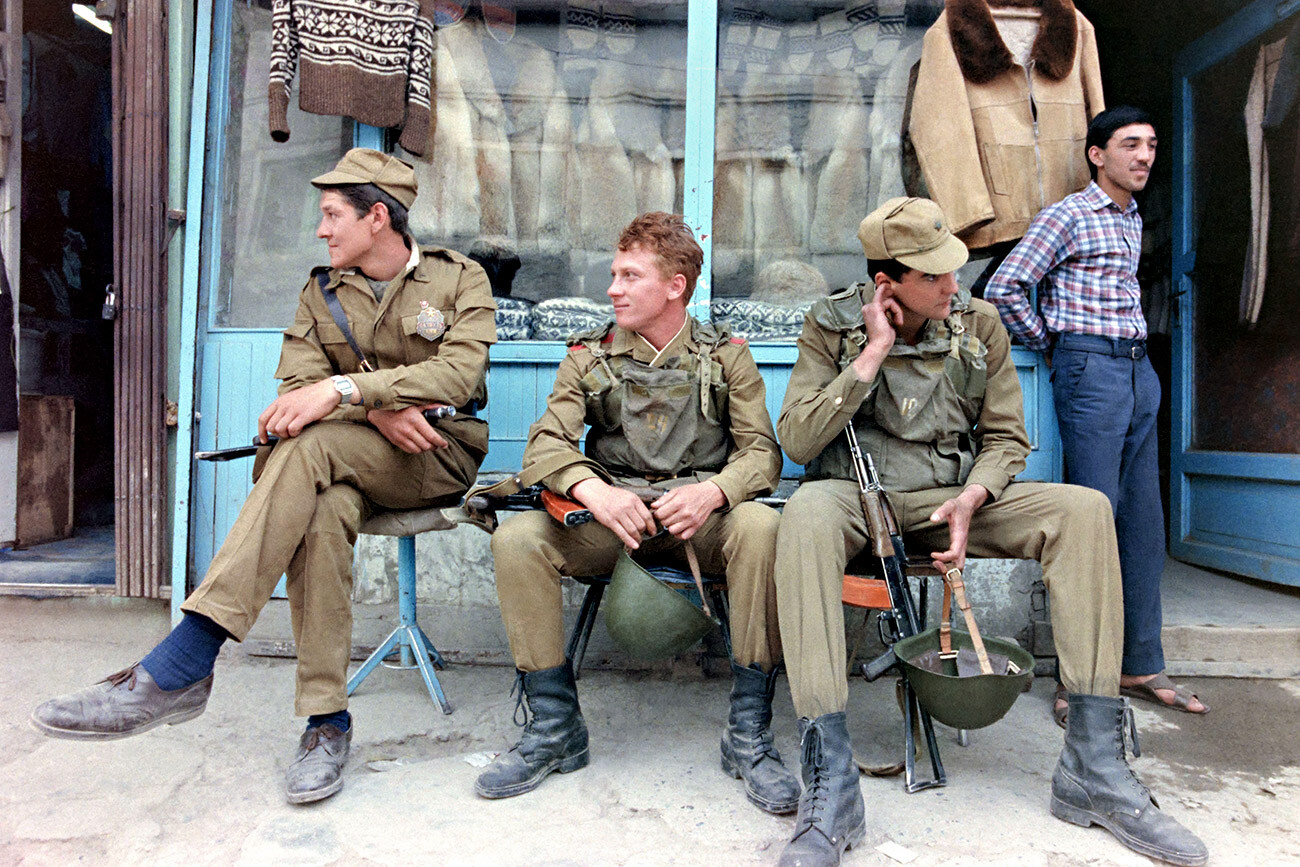 Russian Military Police Relax During A Patrol Along Koch-E Murgha Or Chicken Street In The Shahr-E Naw Neighborhood May 12, 1988 In Kabul, Afghanistan.

Everything of value was a business opportunity for some corrupt officers who controlled the flow of Soviet goods to Afghanistan.

“In 1986, [...] the strategic army food supplies were [...] sent to Afghanistan. They only partially reached the army. Most of it ended up in Afghan bazaars. Canned meat [...] Polish and Hungarian ham, green peas, sunflower oil, compound fat, condensed milk, tea and cigarettes – everything that did not reach the hungry Soviet soldiers was sold to Afghan merchants,” wrote Zhirokov. 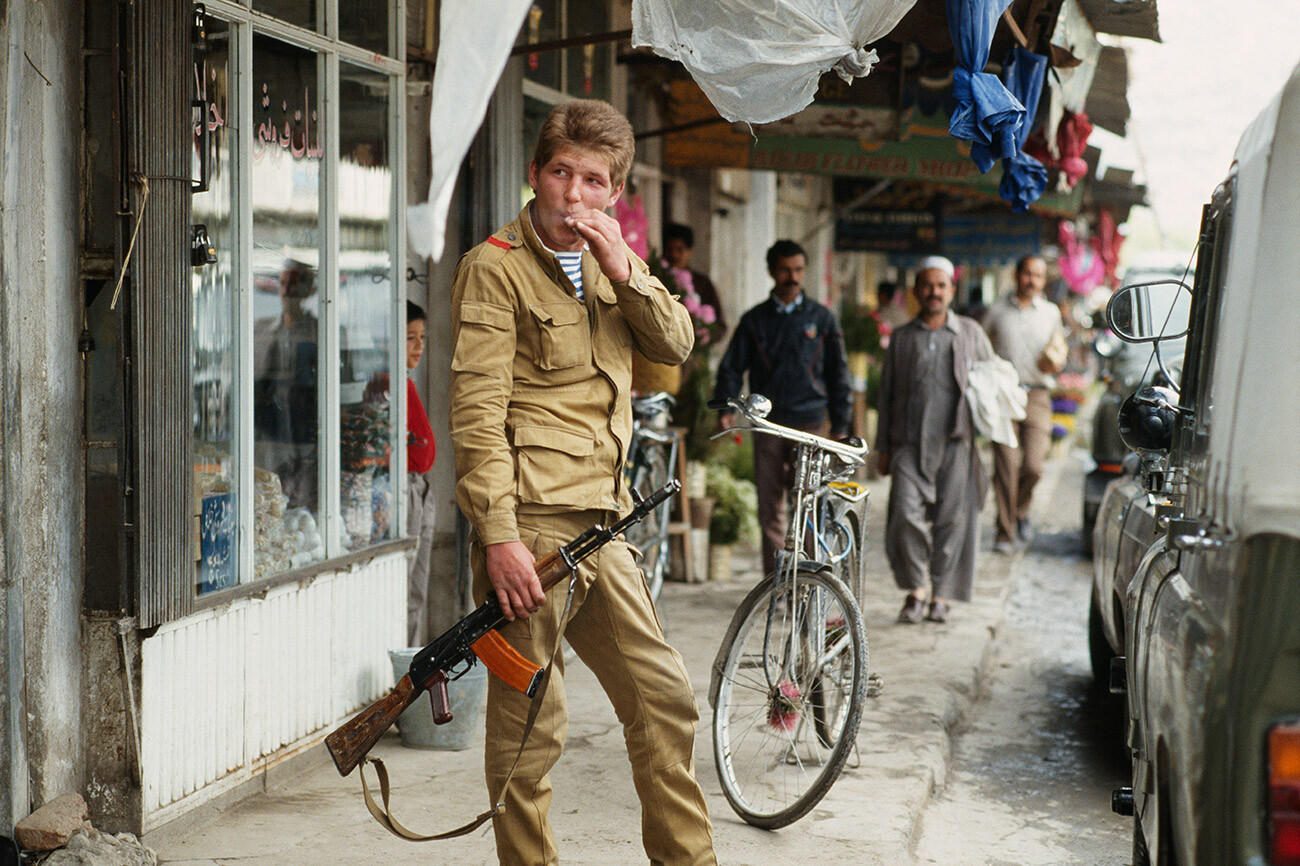 While unscrupulous officers earned dirty money, the rank and file of the Soviet armed forces in Afghanistan not only risked their lives daily, but were also undersupplied and often underfed.

Left to their own devices, the soldiers had to act to make ends meet. They needed money to buy food, clothes and other items from local Afghan merchants.

The only thing the soldiers had to offer was their ammunition, as they had it in abundance. Besides, in times of war, it was virtually impossible to keep track of bullets; nobody could tell whether missing ammo was utilized in combat or misappropriated. For soldiers who had been unfairly ripped off, ammo trading was a lifesaver. 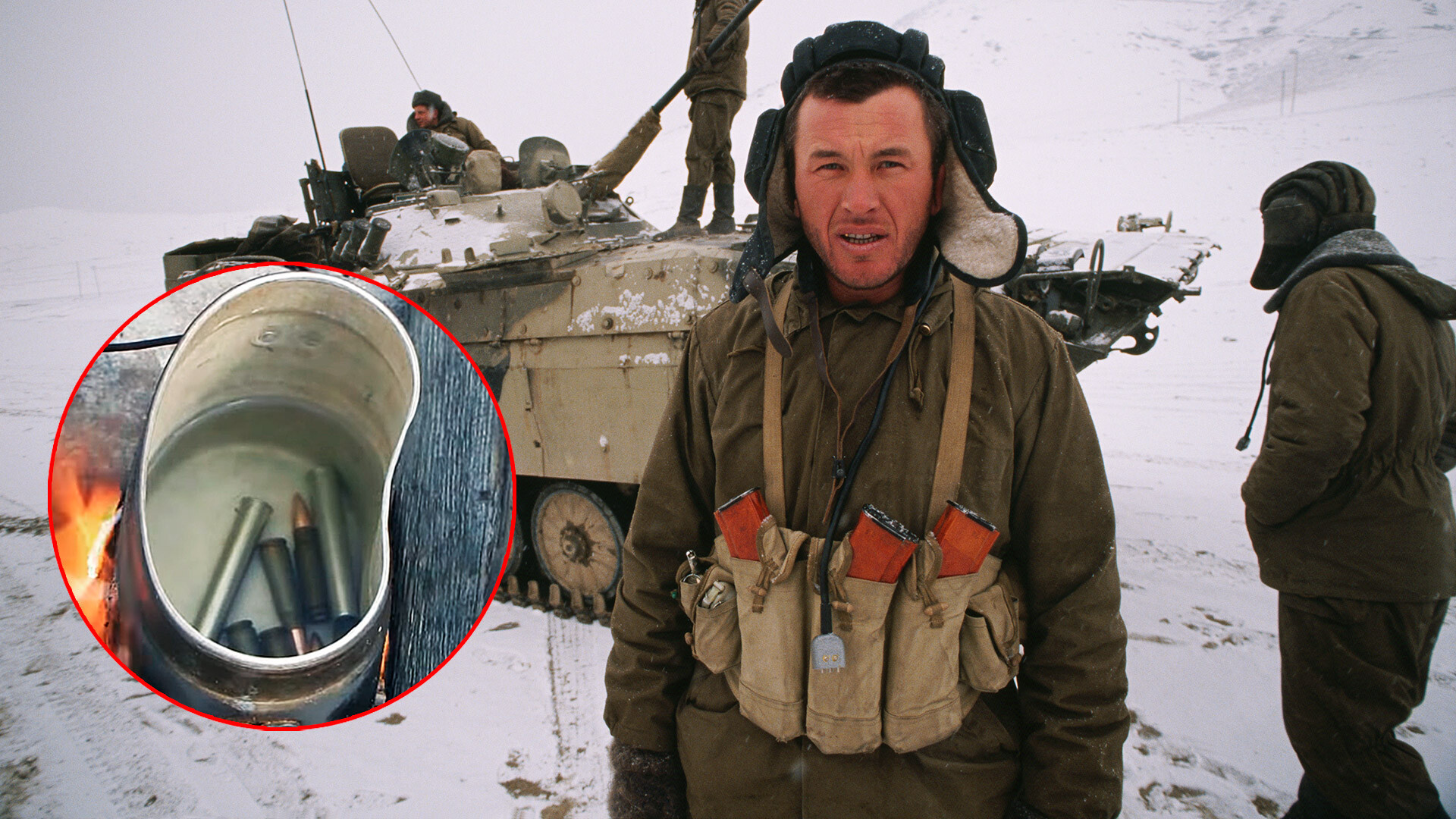 However, everyone realized where the sold ammo was going next. Nobody doubted that the Afghan merchants would then sell the Soviet ammo to the Afghan mujahideen who fought against the Soviet-backed Afghan government.

Each sold bullet could kill a Soviet soldier or even the one who had sold it in the first place. Before the ammo could be sold, the Soviet soldiers had to make sure the bullets were damaged beyond repair.

At the time, a widespread army tale claimed that ammo boiled for a few hours would fail to function properly. Soldiers believed prolonged boiling damaged the ammo, so that the enemy’s rifle would then either spit out the impotent cartridges or fail to shoot altogether.

The recipe was plain primitive: make a fire, boil water in virtually any metal container at hand, put the ammo in the boiling water and “cook” for four to five hours. Water did not allow the ammo to detonate accidentally, while prolonged exposure to high temperature was believed to damage the ammo without visually changing the bullets. 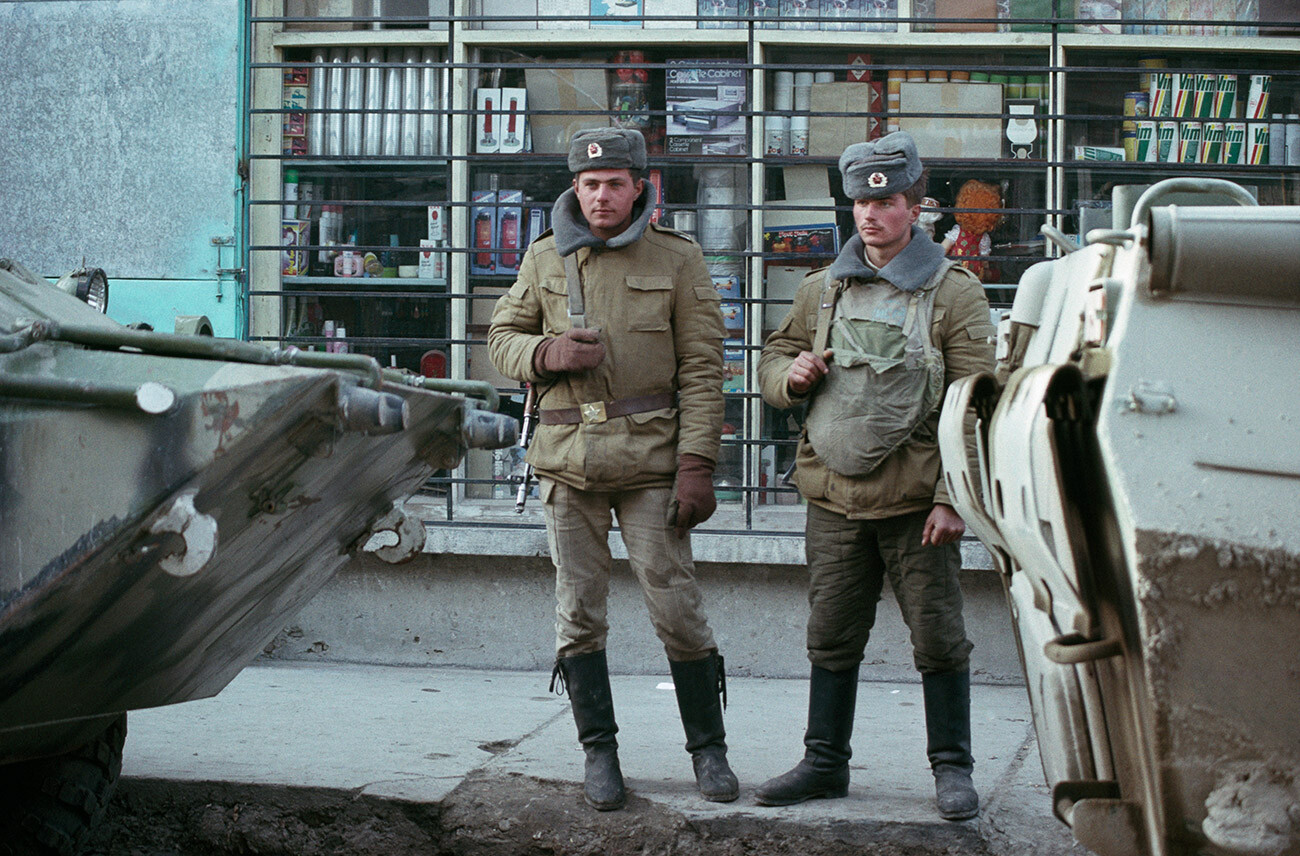 Despite the widespread practice of boiling both types of bullets before selling them to the Afghans, most likely it had no effect on modern ammunition, because of the materials used to assemble them. 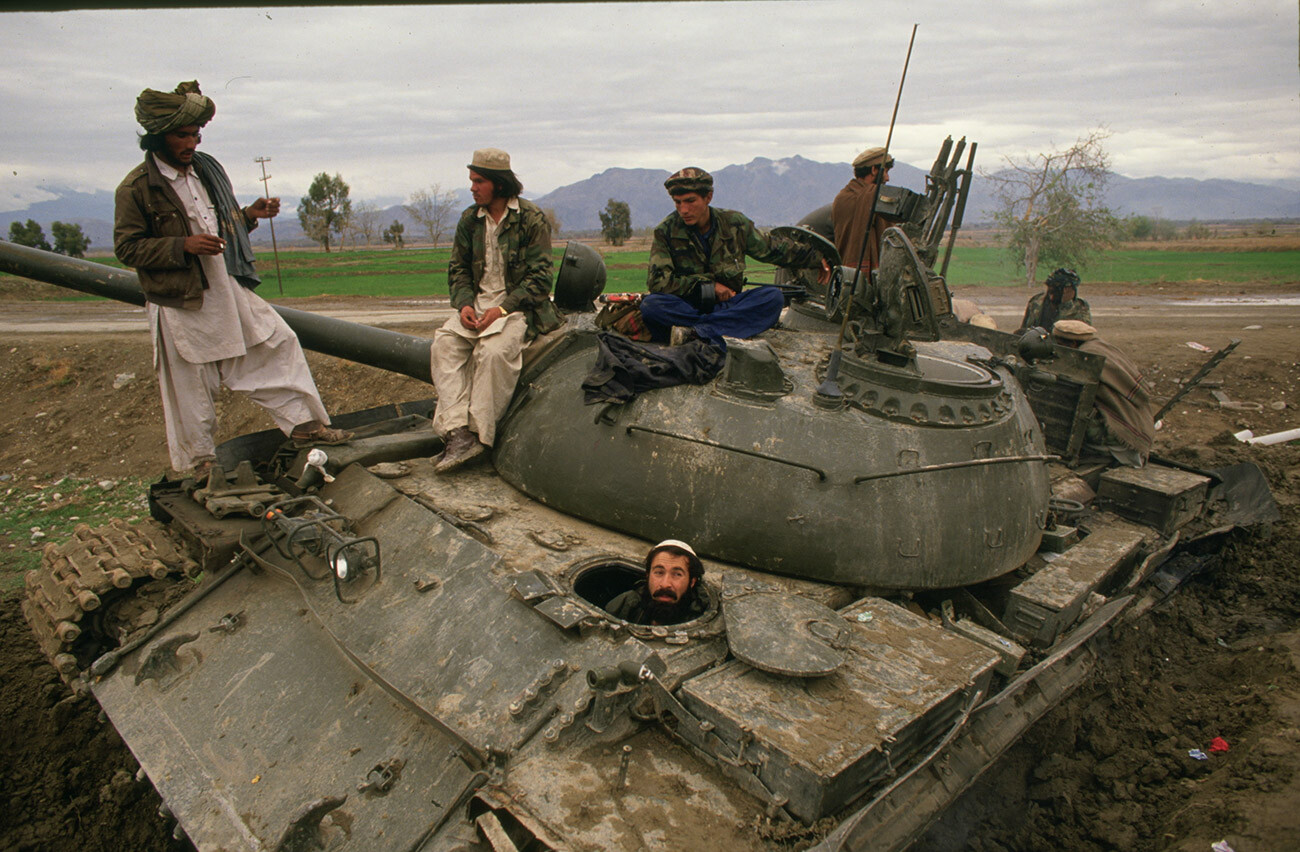 Mujahidin Offensive in the Jalalabad Area in Afghanistan.

However, in the early 20th century, new modern and more advanced compounds were introduced as a substitute for toxic and less stable mercury fulminate. These new compounds were extremely resistant to thermal exposure. A modern bullet fires flawlessly, even if it’s been boiled for hours.

Most likely, the bullets that were produced in the USSR during the Afghan War were resistant to heating and the soldiers’ efforts to damage them before selling were in vain. 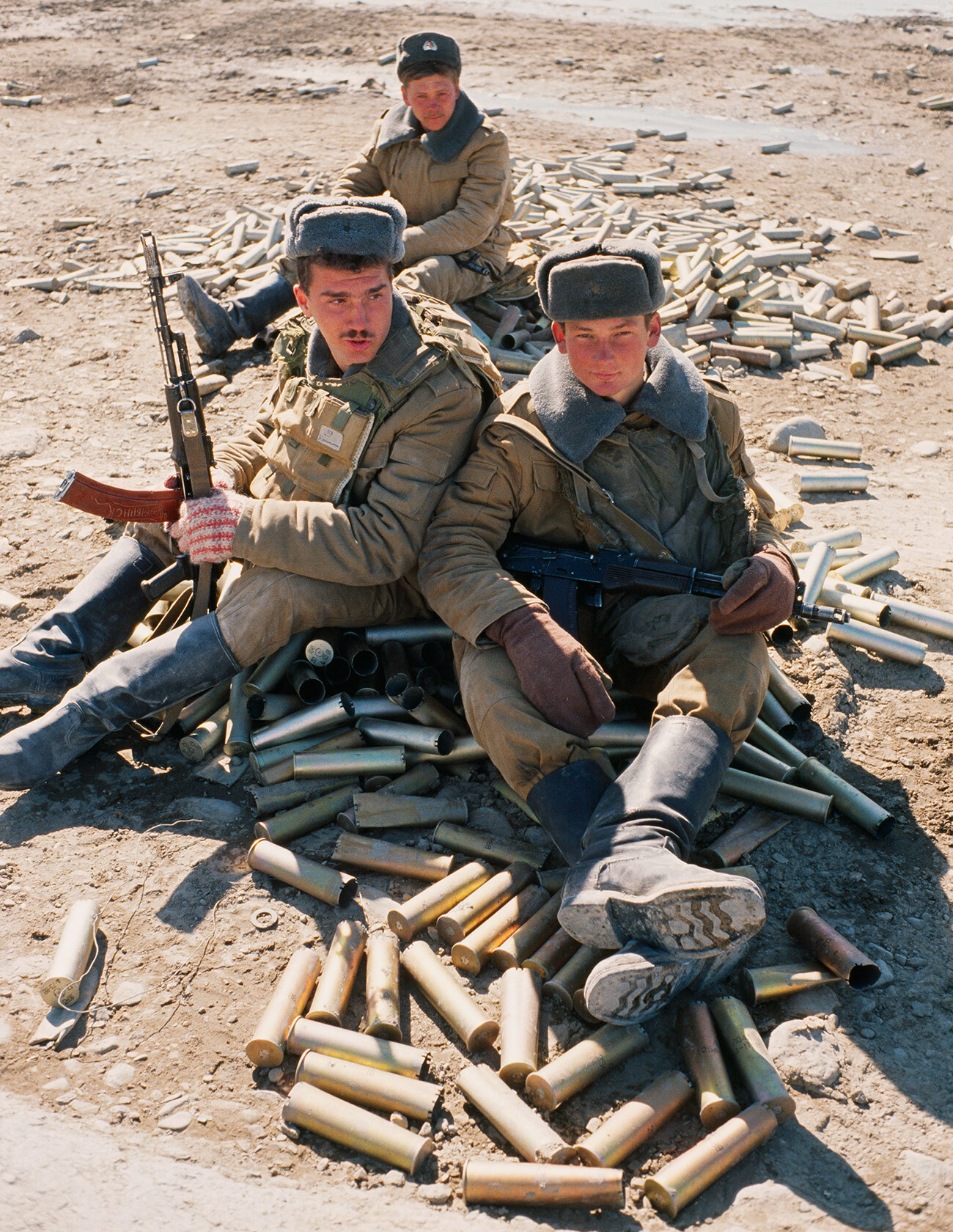