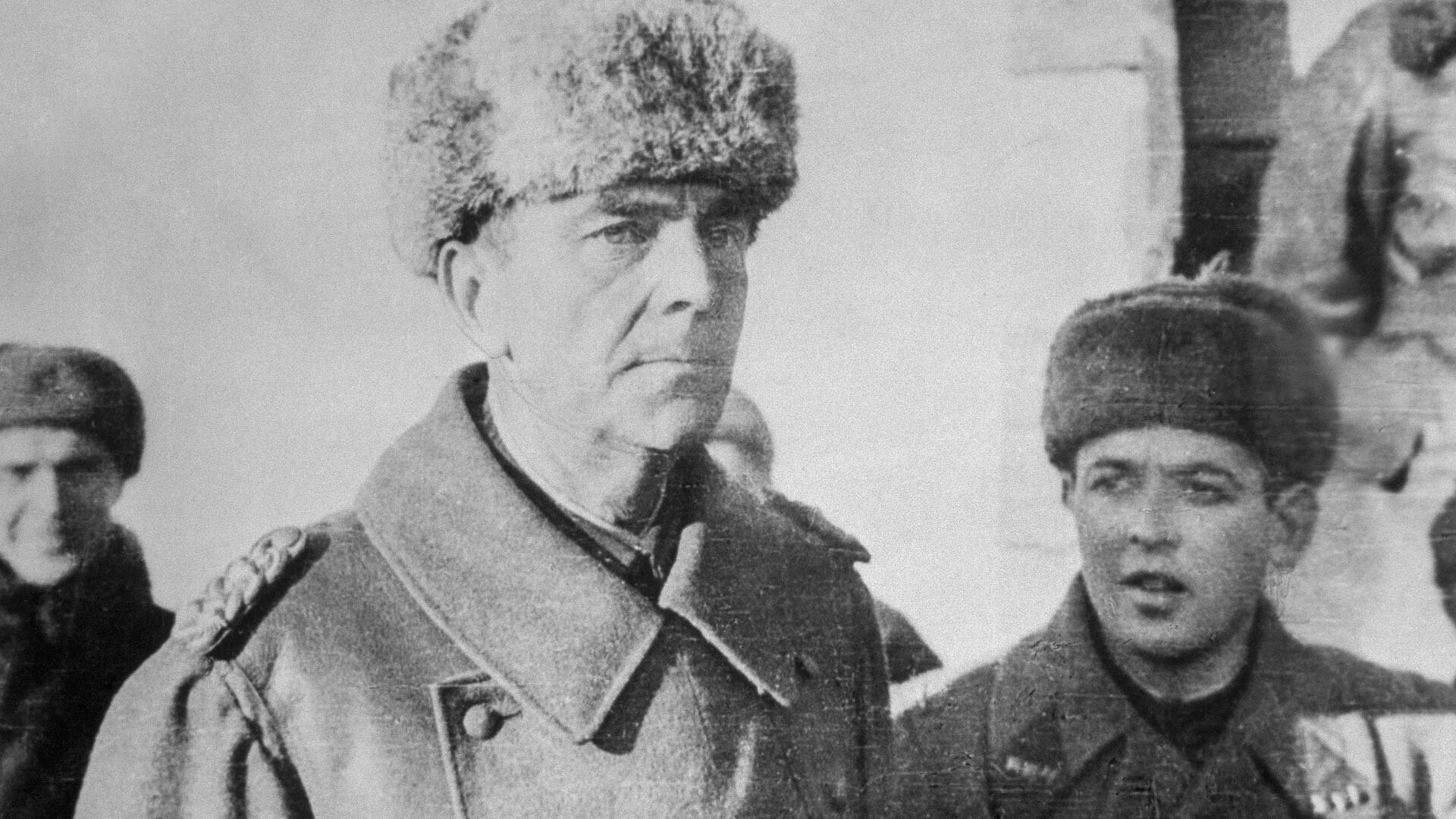 Getty Images
Gaunt, pale and emaciated, the commander of the Wehrmacht’s 6th Army looked like a hunted animal to the Soviet military commanders.

On the night of January 31, 1943, units of the 64th Army’s 38th Motorized Rifle Brigade broke through to the department store building in the center of Stalingrad, sealing it off from all sides. According to captured Germans, it was there that the headquarters of Friedrich Paulus’s 6th Army was stationed. The Soviet ‘Operation Koltso’ (Ring) to defeat the enemy grouping encircled in the city was approaching its finale… 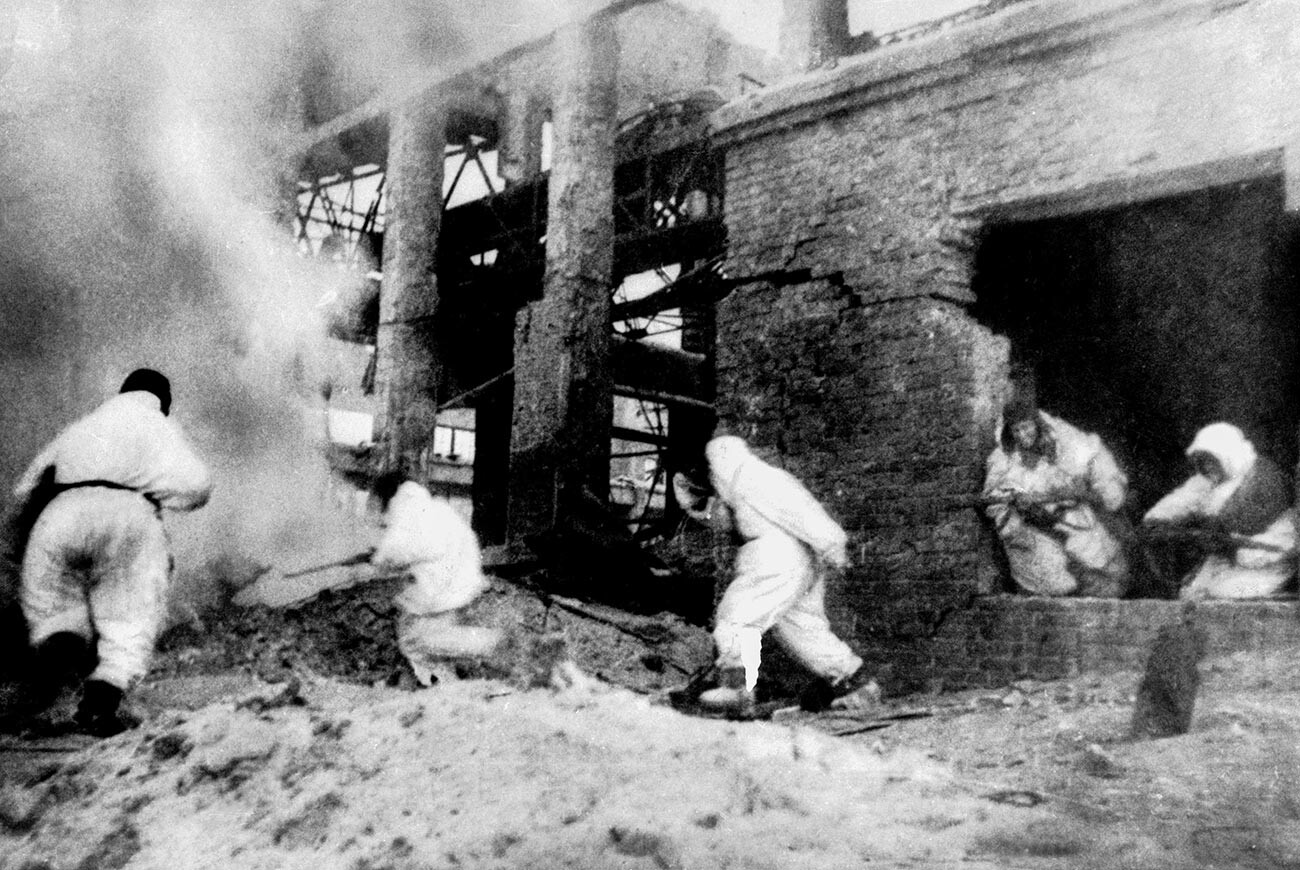 After the Soviet troops opened intensive fire from machine guns and mortars on the building at about six o’clock in the morning, the shooting from the German side stopped. White flags appeared from the ground and second floors. The enemy wanted to start negotiations.

On the order of the brigade commander, Colonel Ivan Burmakov, a group of negotiators led by Senior Lieutenant Fyodor Ilchenko headed for the department store building. A German officer who met the Soviet soldiers told them through an interpreter: “Our top commander wants to talk to your top commander.” To that, Ilchenko retorted: “Well, our top commander has many other things to attend to. He is not here. You’ll have to talk to me.” 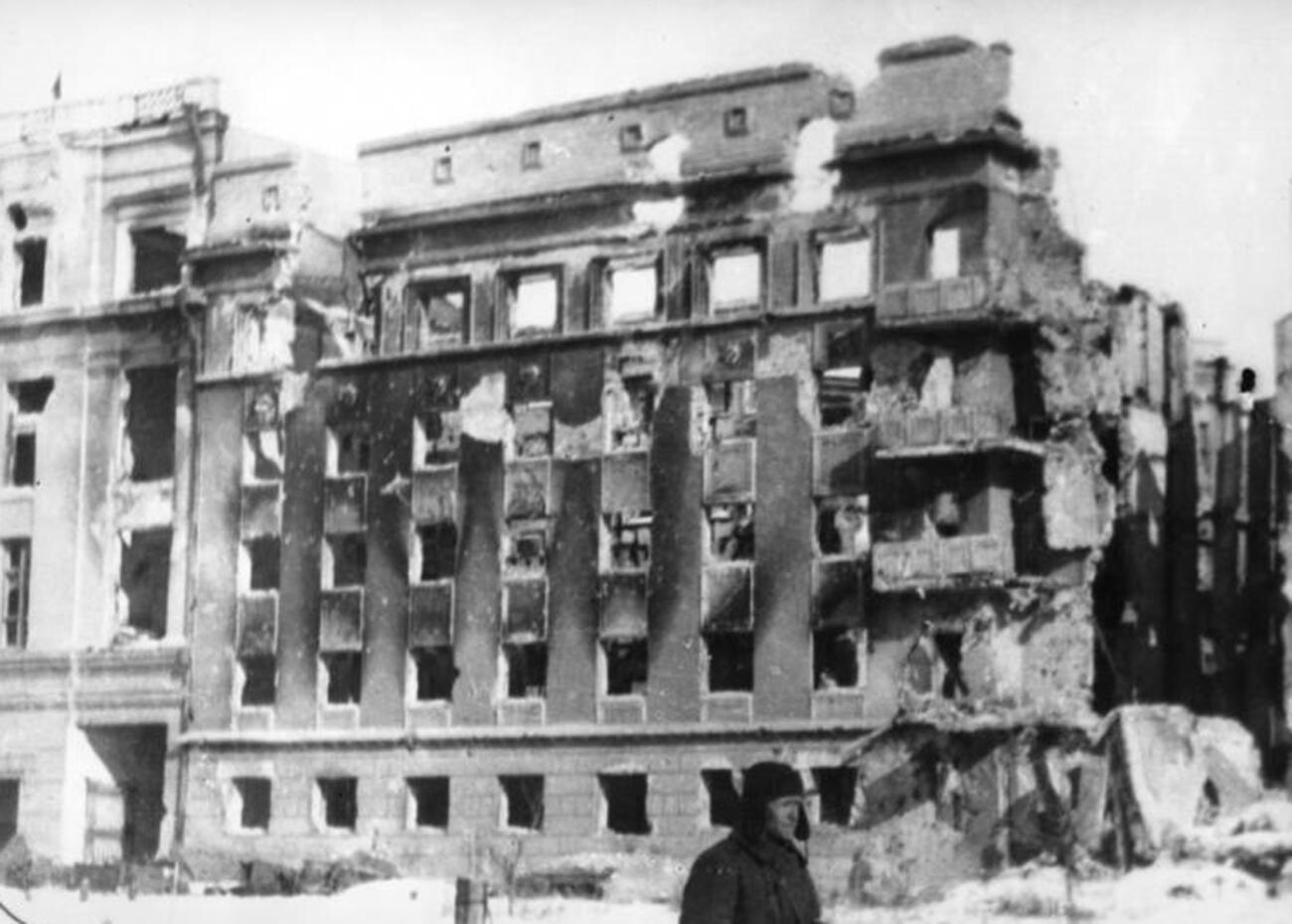 The department store building in Stalingrad.

Ignoring the German officer’s halfhearted request to hand over their weapons, the Soviet negotiators started going down to the basement where Friedrich Paulus had his HQ. “The basement was literally packed with soldiers - there were hundreds of them here. Worse than a tram! They were all unwashed and hungry and they smelt to high heaven! They all looked desperately frightened. They had huddled here to hide from the mortar fire,” recalled the senior lieutenant. Hearing the sound of gunfire, Ilchenko made a grab for his holster, but it only turned out to be suicides.

The negotiators were met by the commander of the Wehrmacht’s 71st Infantry Division, Maj-Gen Friedrich Roske, and the 6th Army’s chief of staff, Gen. Arthur Schmidt. They led the Soviet soldiers to Paulus’s room. “The Field Marshal was lying on an iron bed without a uniform, in just his shirt,” recalled Ilchenko. “A candle-end was burning on the table, illuminating an accordion lying on the couch. Paulus didn’t greet us but he sat up. He had the appearance of a sick and physically exhausted man and his face was twitching in a nervous tic.” 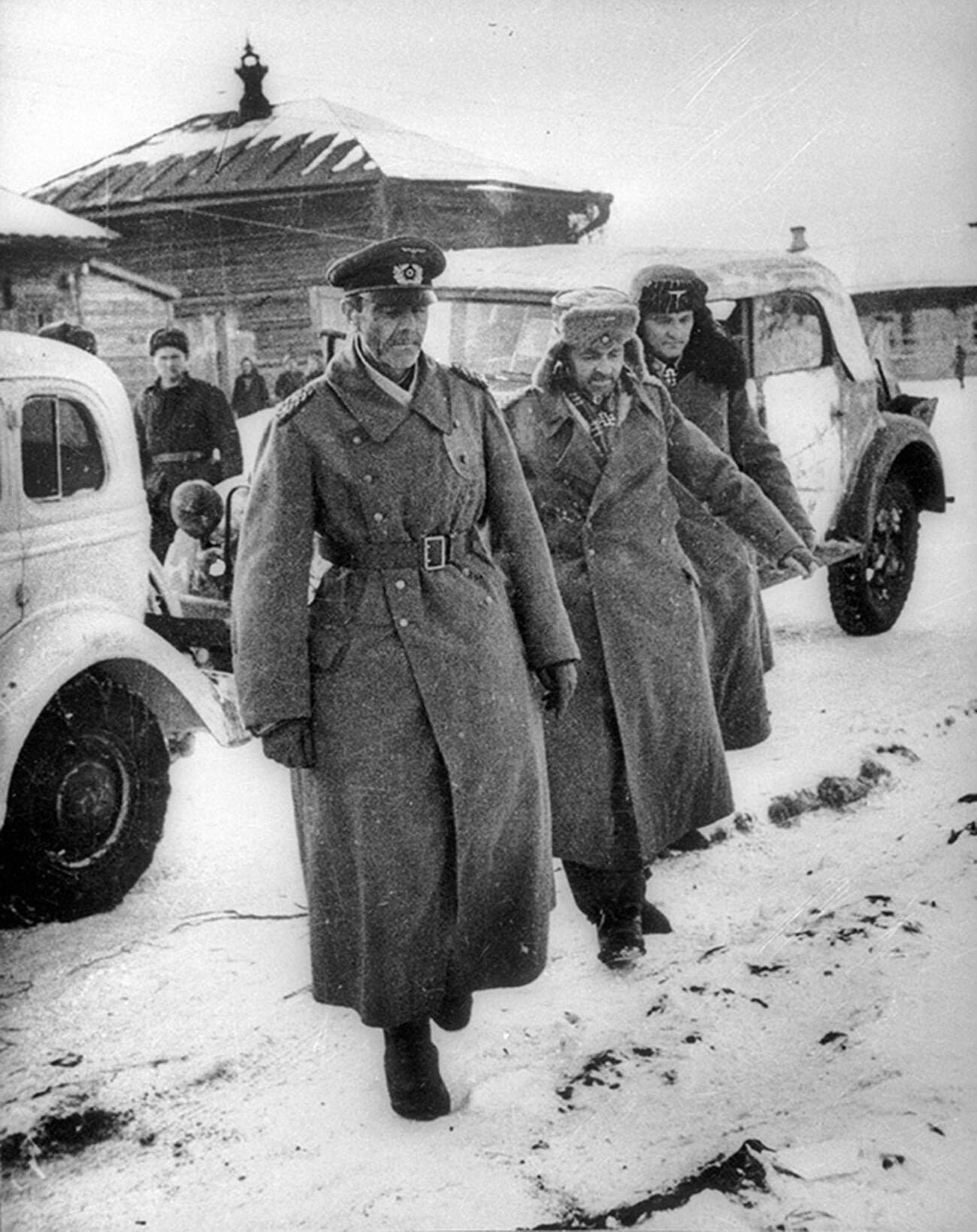 An ordinary lieutenant could not accept the capitulation of the German commander and, gradually, representatives of the senior and top-level Red Army command started arriving at the department store. Several hours later, accompanied by several colonels and lieutenant-colonels, Maj-Gen Ivan Laskin, chief of staff of the 64th Army, came down to the basement. In an attempt to distance himself in every possible way from the capitulation, Paulus delegated the right to negotiate to Roske and Schmidt.

While the Field Marshal was “tidying himself up” in the room next door, the Soviet negotiators presented his generals with an ultimatum: The encircled grouping must immediately stop any resistance, lay down its weapons and surrender to the Soviet troops in an orderly manner. 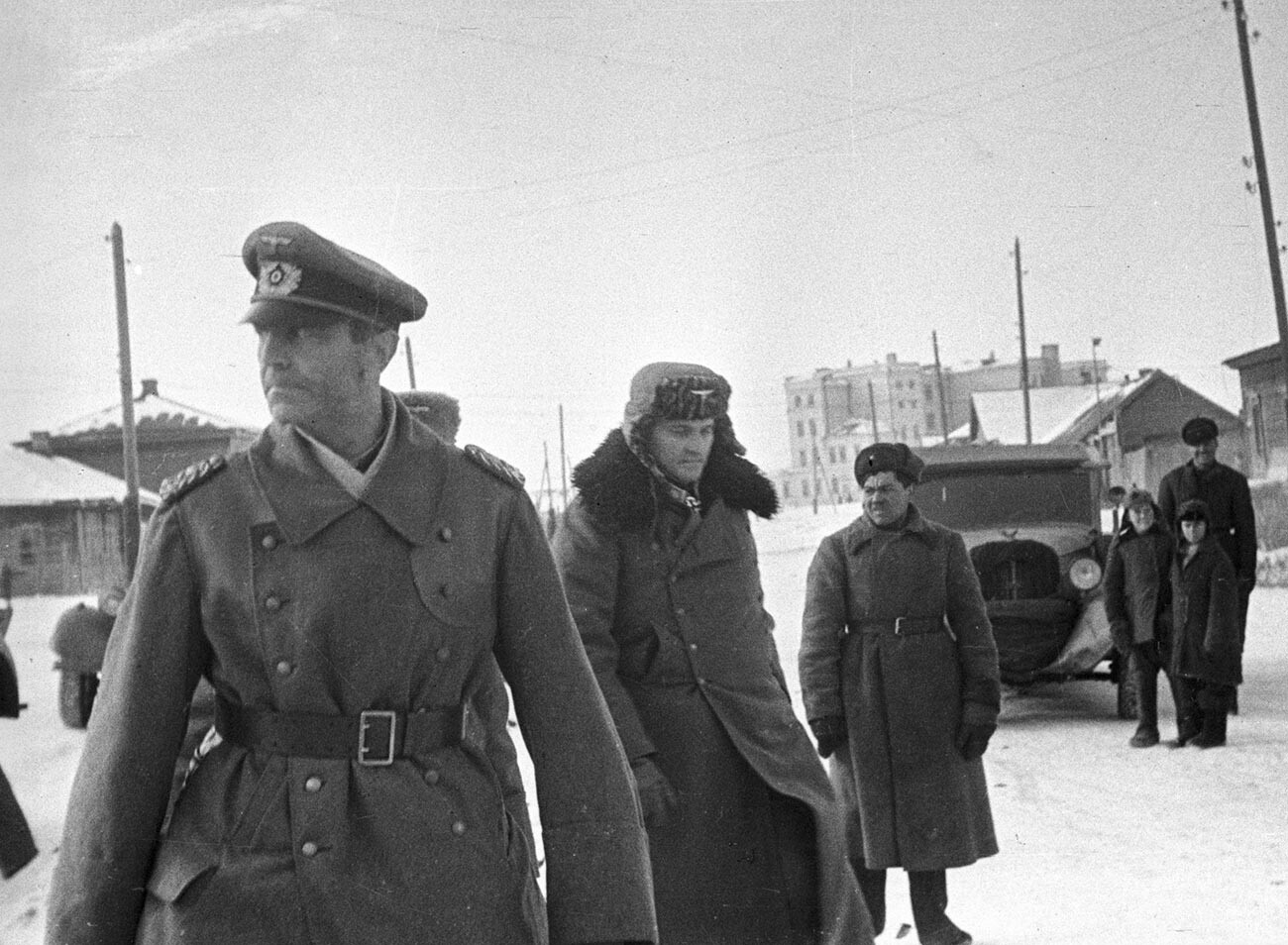 Friedrich Paulus on the way to the Soviet 64th Army HQ.

Tired of waiting for Friedrich Paulus himself to finally appear, the Soviet commanders went into his room. The German commander, according to Laskin’s recollections, greeted the members of the delegation with a sentence in broken Russian: “Field Marshal of the German Army Paulus renders himself prisoner to the Red Army.” He apologized that, since his new rank had only been conferred on him on January 30, his new uniform wasn’t ready and he was compelled to appear in his colonel-general’s uniform. “And anyway, my new uniform will hardly be of any use to me now,” the commander added with a wry smile.

At that point in time, the 6th Army in Stalingrad was cut into two groupings isolated from each other. As a result of the talks, the southern pocket of German troops, commanded by General Roske, was to capitulate. At the same time, Paulus declined to order the northern pocket to surrender on the grounds that, since January 30, its commander, Col-Gen Karl Strecker, was directly accountable to Hitler. 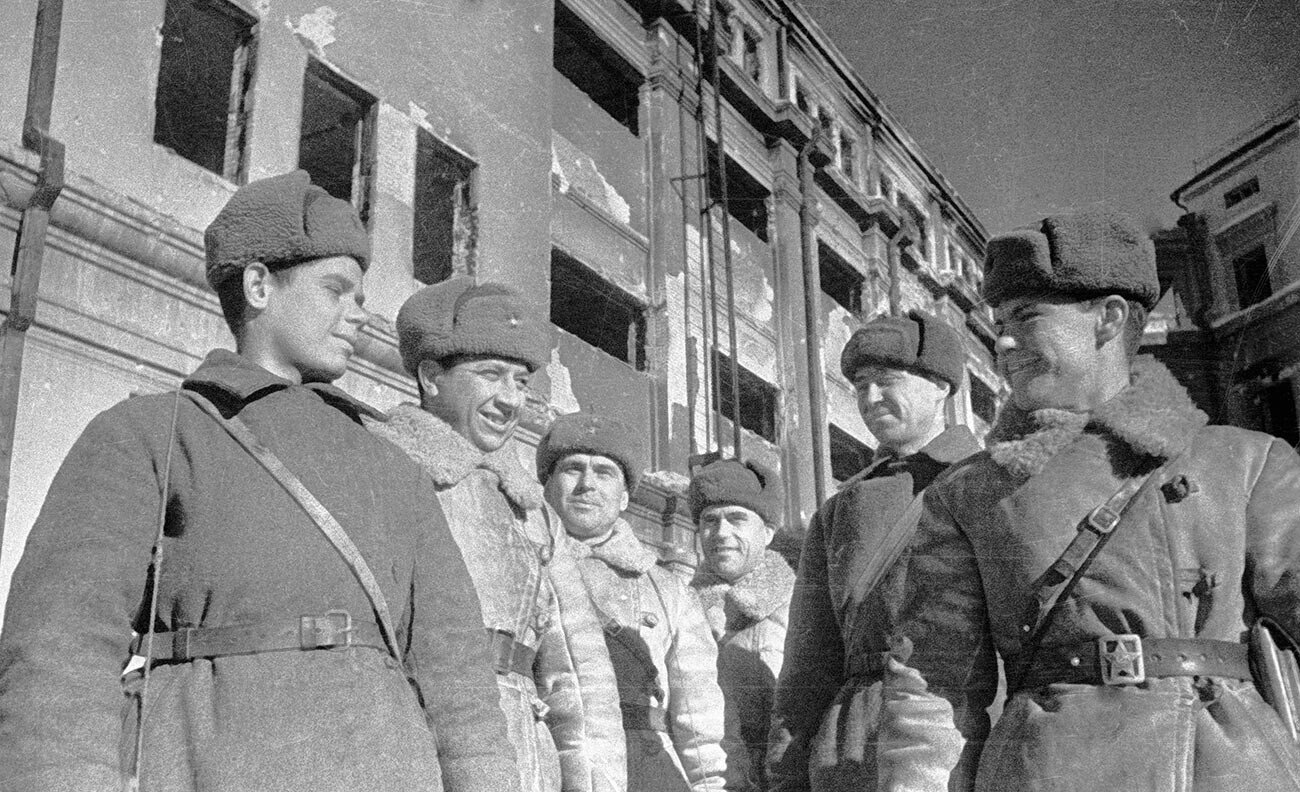 Street fighting was still under way in the center of Stalingrad when German officers, accompanied by Soviet commanding officers, set off in vehicles to order their units to cease firing.

After all the formalities had been settled and the Field Marshal had received guarantees of his personal safety, he was led out of the basement, along with his staff officers. The area around the department store had by then come under the full control of Soviet infantry and Wehrmacht soldiers were clearing sectors that had been mined. 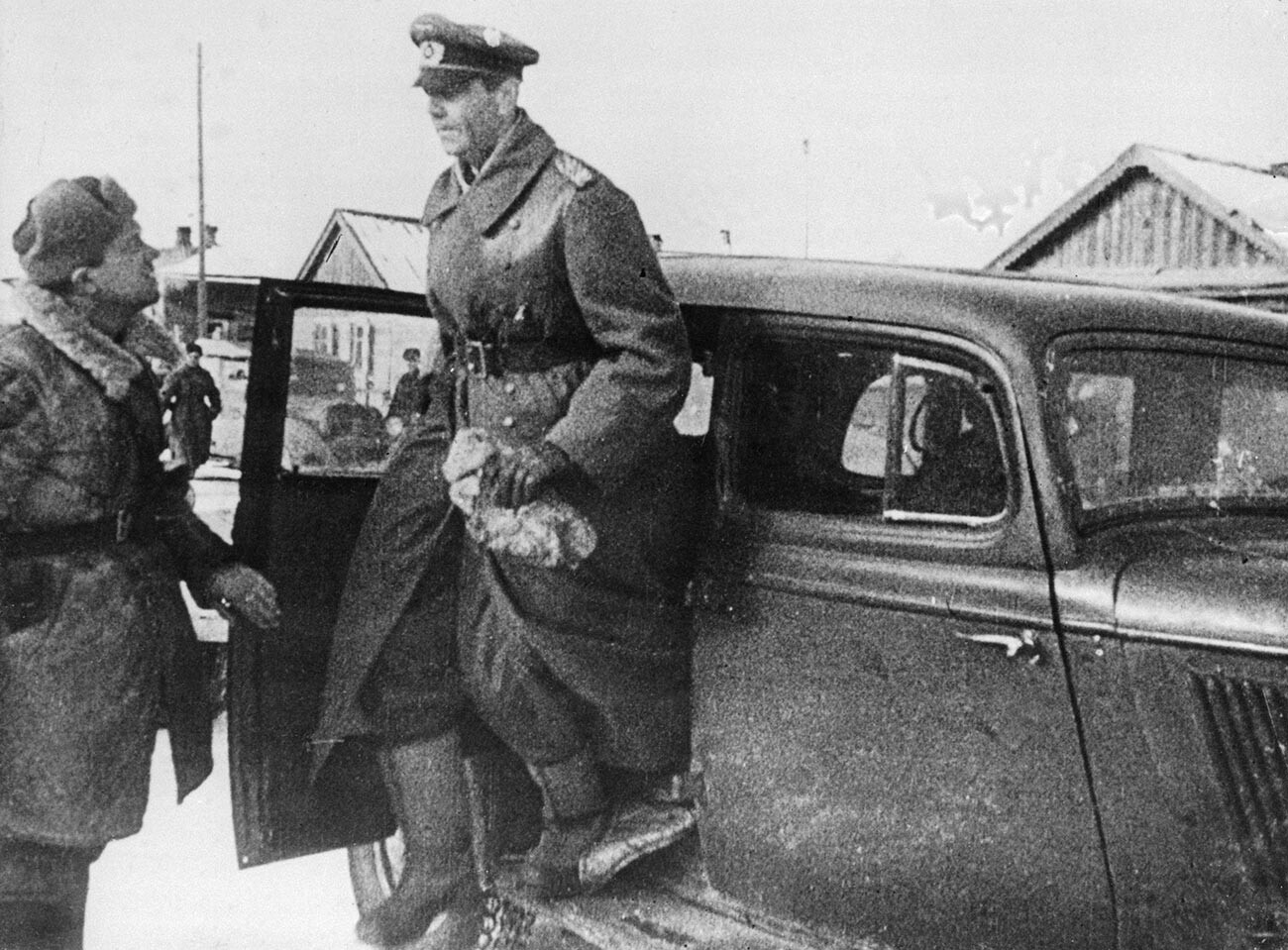 “Soviet and German soldiers who just a few hours earlier had been firing on each other stood calmly next to one another in the courtyard holding their guns in their hands or slung on their shoulder. But how shockingly different their external appearance was!” recalled Wilhelm Adam, adjutant to the 6th Army commander. “The German soldiers - ragged, in thin greatcoats over threadbare uniforms, as thin as skeletons - presented emaciated figures exhausted half to death, with sunken, unshaved features. The Red Army soldiers were well nourished, full of vigor and dressed in fine winter uniforms… I was deeply moved by something else. Our soldiers were not beaten, let alone shot. Amidst the ruins of their city which the Germans had destroyed, Soviet soldiers would pull a piece of bread or cigarettes or tobacco out of their pocket and offer them to the weary, half-starved German soldiers.”

Sergeant Pyotr Alkhutov was present when the German commander was taken prisoner: “Paulus was haggard and clearly ill. He attempted to conduct himself in a suitably dignified manner, but in his condition it was difficult for him to manage. On that frosty morning in Stalingrad, it dawned on all the men of the Red Army and the overwhelming majority of the German soldiers that this was the beginning of the end for them and the start of our Victory.” 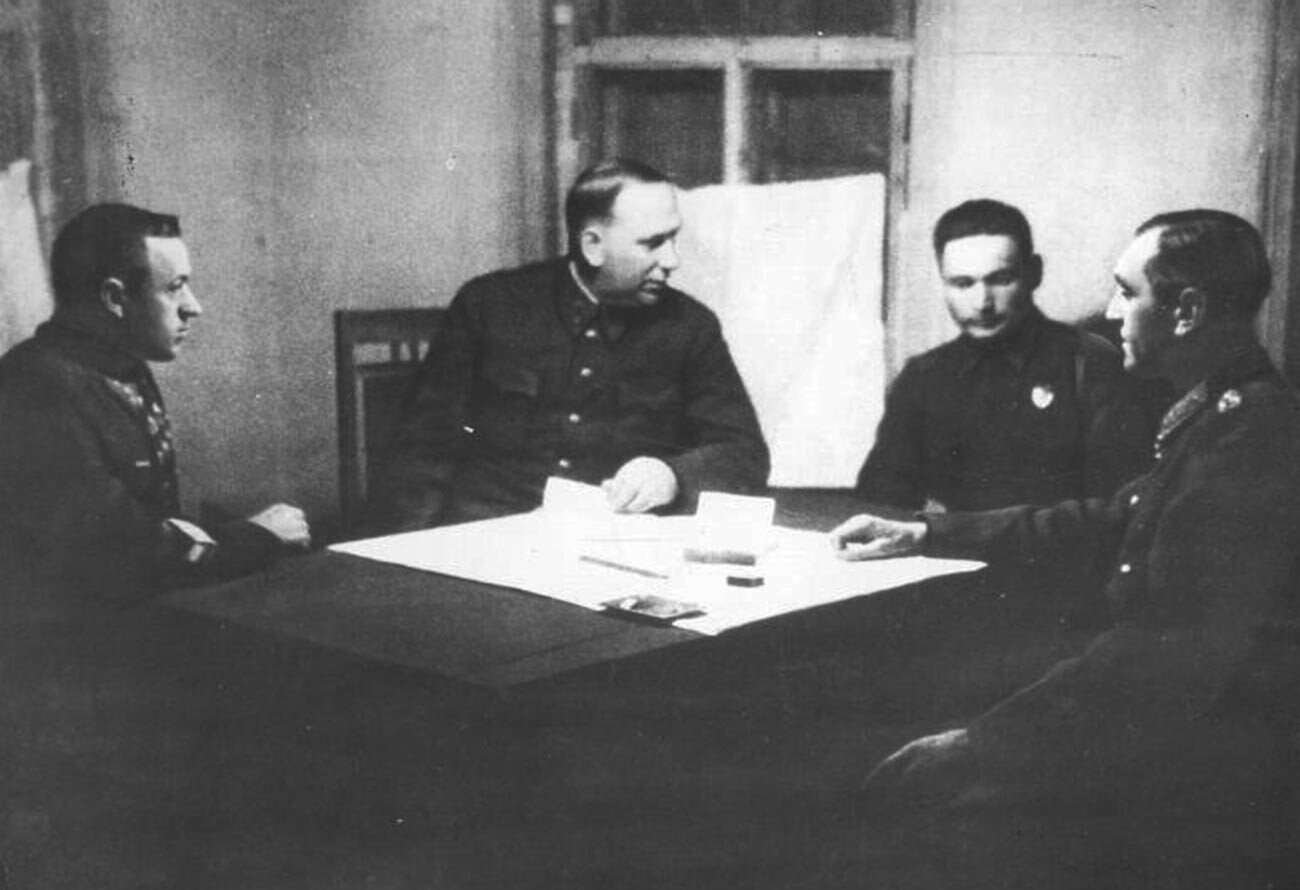 A car to the neighboring village of Beketovka, where the 64th Army HQ was stationed, awaited the Field Marshal. There, he would be interrogated by the Army commander Lt-Gen Mikhail Shumilov and the Don Front commander Lt-Gen Konstantin Rokossovsky. Ahead for Friedrich Paulus lay Soviet camps, work in the anti-fascist National Committee for a Free Germany and life in the GDR for the short time left to him…

On its way to the HQ, the car caught up with columns of German prisoners dragging themselves along the road. Unwashed, with unkempt beards, they wore comical-looking makeshift snow boots and were wrapped in towels and women’s headscarves. 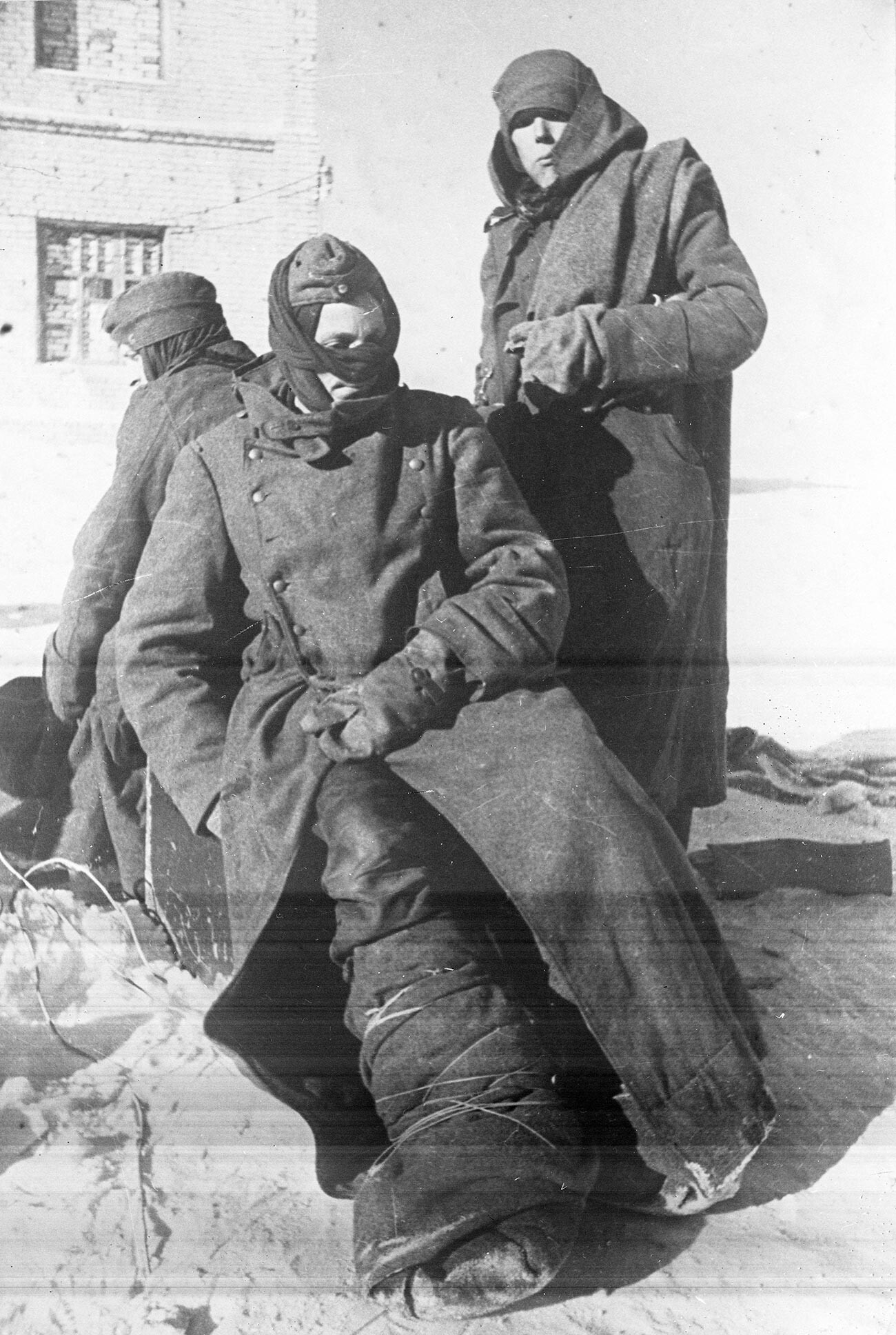 German prisoners of war in Stalingrad.

Laskin gave the driver a sign to slow down to allow the German commander to observe them closely and thoroughly. “It’s appalling…” pronounced Paulus somberly. “A shameful capitulation, the terrible tragedy of the soldiers. And, until now, the 6th Army was regarded as the best field army in the Wehrmacht…”