Nowhere to hide: The secret history of Russia’s 3 deadliest hitmen in the ‘wild 1990s’ 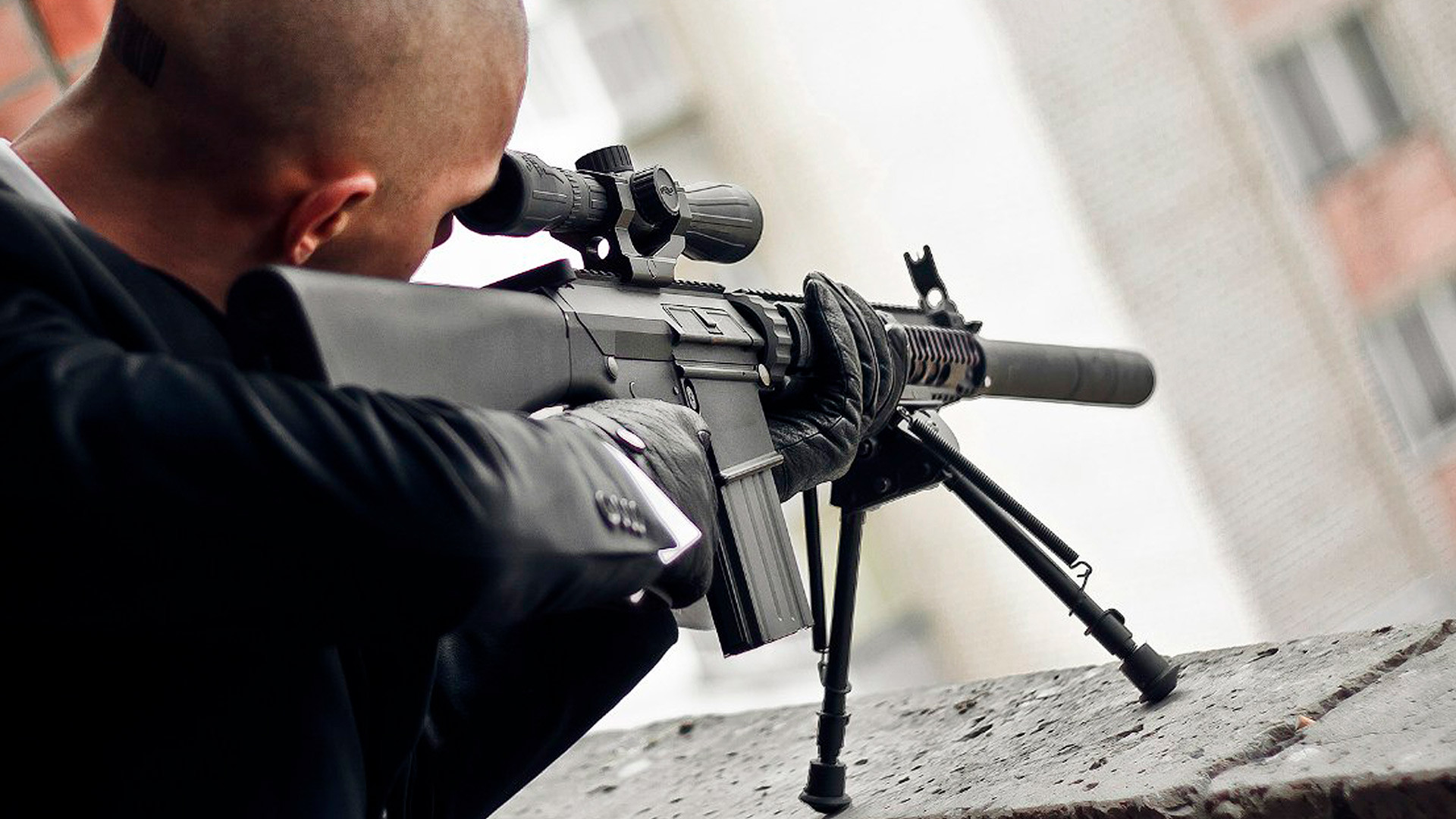 In the 1990s, following the collapse of the Soviet Union, killers for hire were common, and a ‘hit’ could cost as little as $500.

Legion Media
You could run, but these notorious hitmen would find you. In the 1990s, following the collapse of the Soviet Union, killers for hire were common, and a ‘hit’ could cost as little as $500. These three notorious hitmen, however, commanded top dollar, as they fulfilled contracts on high-value targets, including rival crime bosses.

Makedonsky’s list of kills includes the most famous Russian crime bosses of the 1990s.

Alexander Solonik, aka Sasha Makedonsky, was probably Russia’s most infamous hitman, credited with almost superhuman abilities in marksmanship, reckless fearlessness, and incredible luck. The fact that his exploits inspired two films, nine TV series, and three books, as well as many documentaries, is itself telling.

Born in 1960, Makedonsky received his first training in the Soviet Army in the late 1970s, serving in a tank division. In the early 1980s he served in the police, but was fired after six months because of his violence and cruelty towards suspects. Returning home to his native Kurgan, he took a job as a gravedigger.

Makedonsky’s list of kills includes the most famous Russian crime bosses of the 1990s. Some sources say he never planned his hits in detail, but instead relied on intuition. In fact, there are a few documented cases that support this notion. Once, Makedonsky escaped the police in the most dramatic way. Found guilty of rape, Makedonsky jumped out of the courtroom window and escaped in a hearse waiting for him outside.

After a wave of cold-blooded killings, multiple arrests and daring escapes, he was forced to leave Russia for Athens where he rented a mansion that he shared with a 22-year-old Russian fashion model, Svetlana Kotova.

Makedonsky cut all ties with his former ‘employers,’ and the relationship soured to such a point that he used portraits of his former bosses as target practice. The famous hitman, however, failed to notice that his mansion was wiretapped by his enemies.

Aware that one of the most murderous hitmen was out to get them, Russian crime bosses decided to strike first, and they sent another notorious killer, Sasha Soldat, to hunt down Makedonsky and eliminate him. Not surprisingly, Makedonsky was already friendly with the visiting killer, and happily greeted him when the latter showed up at his residence in Athens with a few friends.

Soon after, Greek police found Makedonsky, strangled (his body was later doused with acid). The body of his girlfriend, Svetlana, was dismembered. Years later, the notorious Sasha Soldat was charged with this and other murders.

Disappointed that his military career would not advance, Soldat began frequenting local pleasure institutions to let off steam.

A graduate of music school and a former worker at a space industry factory in Moscow, the young Sasha Soldat (Alexander Pustovalov) was drafted into the army and assigned to the elite marine corps. The soon-to-be hitman enjoyed his military experience and asked to be sent to the front when the first Chechen War broke out in 1994, but it was not meant to be.

Disappointed that his military career would not advance, Soldat began frequenting local pleasure institutions to let off steam. After a bloody brawl in a local bar with members of one of Moscow’s organized crime groups, Soldat’s fighting abilities impressed his foes so much that they invited him to join their ranks instead of punishing him.

In the service of these thugs, Soldat finally had the opportunity to apply the deadly skills that he had honed as a Russian marine. This hitman was especially inventive in his preparatory work, and looking for the perfect disguise was one of his many signature features. For example, Soldat joined a group of repairmen and spent days impersonating them. Befriending a group of local workers Soldat then went for lunch with them to a place frequented by his next victim.

Catching the victim and his unsuspecting security detail by surprise, Soldat did his ‘job’ in a way that earned him the reputation of a talented actor and a merciless killer. The hitman was finally arrested in 1999 and sentenced to 24 years in prison. By 2017, Soldat had served 18 years behind bars, leaving him with a six-year term to complete.

Limping Max didn’t seem to be a hitman. Rather, he was a businessman who traded in oil and owned four private jets.

In stark contrast to other top hitmen, Limping Max’s early life was not marked by disappointment and failure. The business newspaper, Kommersant, wrote that its journalists had the chance to meet Limping Max, and that he didn’t seem to be a hitman. Rather, he was a businessman who traded in oil and owned four private jets.

Behind the façade of a law-abiding businessman, however, was a cold-blooded killer. Limping Max (his limp was due to injuries sustained in a car crash) not only extorted money from businessmen and murdered his rivals, but he also allegedly organized a number of terrorist attacks in Moscow.

Limping Max was known for his brutal, audacious and daring approach to the ‘job.’ In 1993, he and his men opened fire from automatic weapons in the city center and killed five people who owed them money. The same year, Limping Max had a conflict with the employees of a local parking lot. So, the hitman later returned and blew up the parking lot in revenge.

His list of daring murders seemed endless, but police finally arrested Limping Max in 1996. Astonishingly, he was only accused of illegal possession of weapons and use of fake IDs that fraudently identified him as a member of various state security agencies.

To everyone’s surprise, the notorious hitman received only a two-year sentence, which he had almost completed while in custody waiting trial. Next, things got even stranger. Limping Max became a very religious man. It was never known if he truly felt pangs of guilt and was sincere in his repentance. He took that secret to his grave. Soon after his release from prison in 2000 he was gunned down on the porch of a church in the Moscow Region. It’s still not known who ordered the hit on Limping Max, and who carried it out.