Why are services in Russian Orthodox churches not held in Russian language? 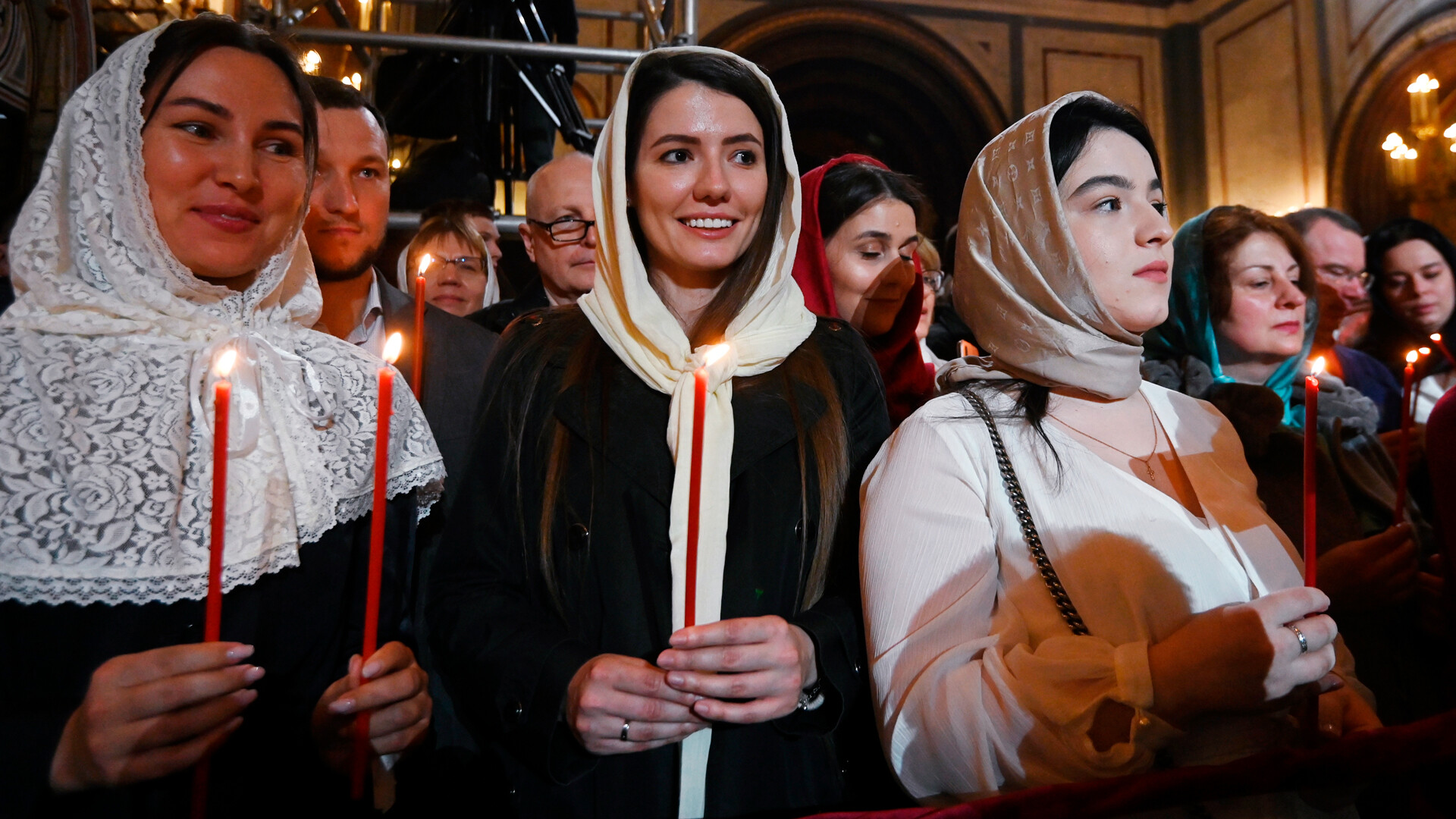 Pavel Bedniakov/Sputnik
In Russian Orthodox churches, an ancient language, which was created in the ninth century by the holy brothers Cyril and Methodius, is still spoken today.

Even if you know Russian very well, when you attend any Russian Orthodox Church (ROC) service, you will probably not understand much. For a thousand years, even fragments from the Gospel have been read in churches in a very beautiful, but strange-sounding language to Russians nowadays. It is called ‘Church Slavonic’. What kind of language is this and why does the ROC refuse to part with it?

How did Old Church Slavonic originate? 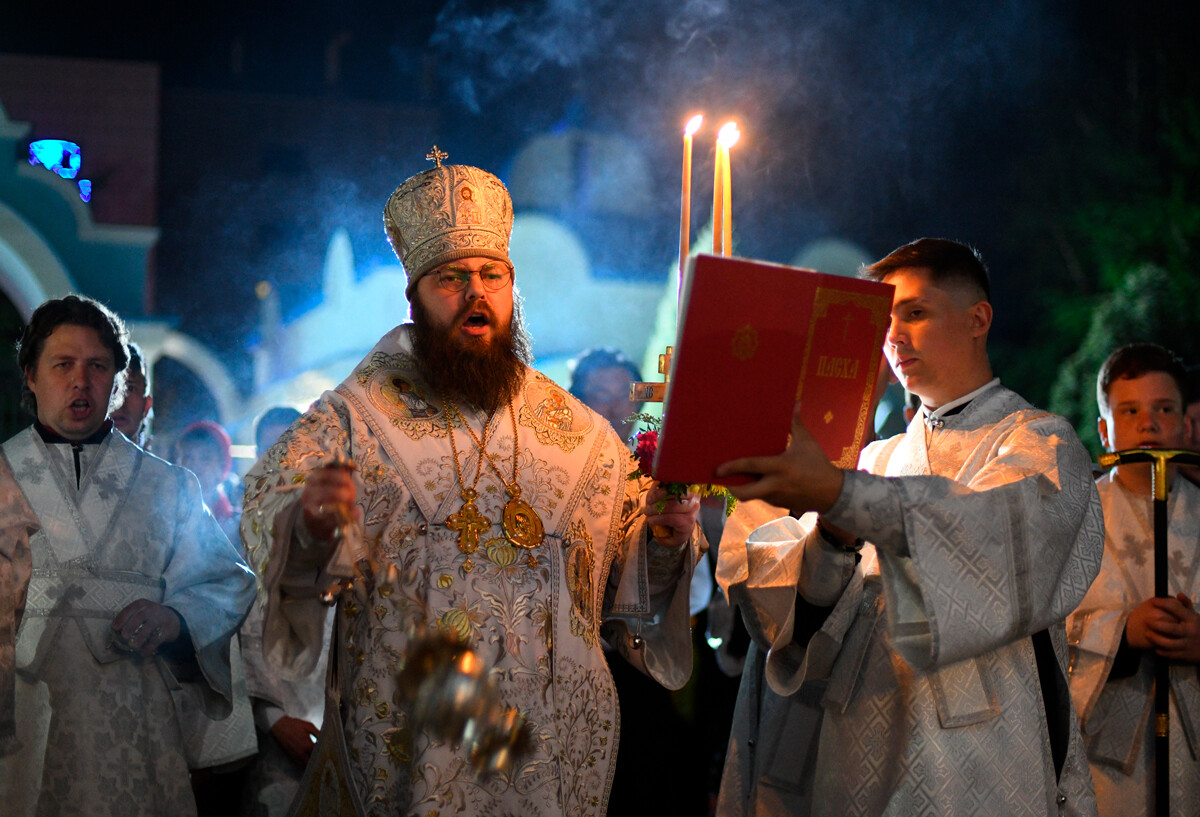 Church Slavonic has had approximately the same meaning for Orthodox Slavs as Latin has for Catholics for a thousand years. It is essentially the successor of Old Church Slavonic, the first written Slavonic language created in the ninth century by the brothers Constantine (Cyril) and Methodius and his disciples (based on the dialect of the 9th-century Slavs living in the Byzantine Province of Thessalonica in the present-day Greece). Despite its southern Slavic nature, this language, at the time, was also understood by Western and Eastern Slavs. However, the unified Old Slavonic tradition of writing liturgical texts gradually eroded and became saturated with elements of those Slavonic dialects that were native to book scribes. As a result, local versions (izvods) of the Church Slavonic language began to form in the 10th-11th centuries (there were a total of about eight in the Slavic world over the course of history).

The current version of Church Slavonic (also called the New Church Slavonic and the Synodal recension) was formed in the 17th century through the synthesis of the Kievan and Old Moscow versions. 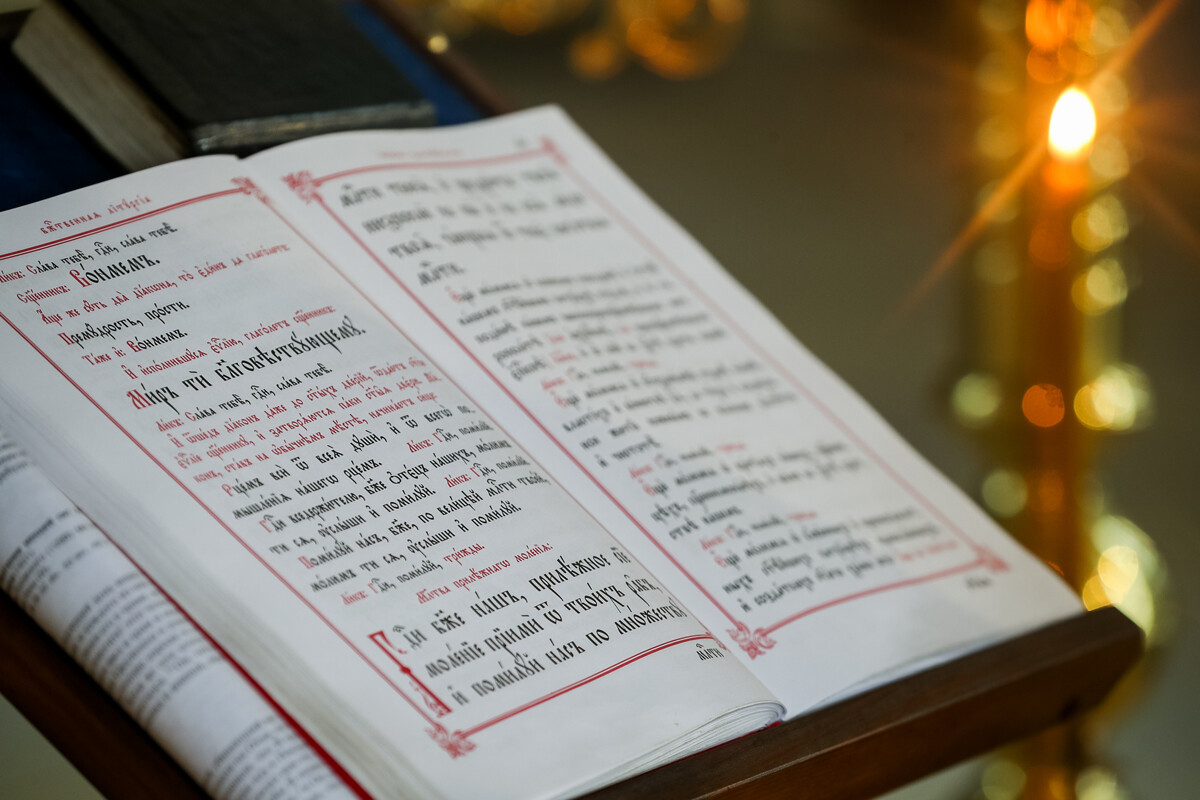 Despite the fact that modern Church Slavonic is closer in some of its systemic features to Russian than to its ancestor Old Slavonic, it is, first of all, a different South Slavonic language in its origin, exclusively bookish and strongly connected to use in the religious sphere. Without special preparation (reading liturgical literature with a Russian translation or a course in studying it) you will hardly be able to navigate freely through Church Slavonic texts.

Of course, only a few Orthodox believers in Russia know the Church Slavonic language well (though churches offer free language courses for those who wish to attend). Nevertheless, most people who come to services understand what is said, thanks to the constant repetition of texts (it is enough to read the Russian subtitles of the service several times and you will memorize its meaning). In addition, only the liturgy is in Church Slavonic (with books published in Church Slavonic), while sermons and confessions are led in modern Russian.

Why won’t the Russian Orthodox Church switch to modern Russian? 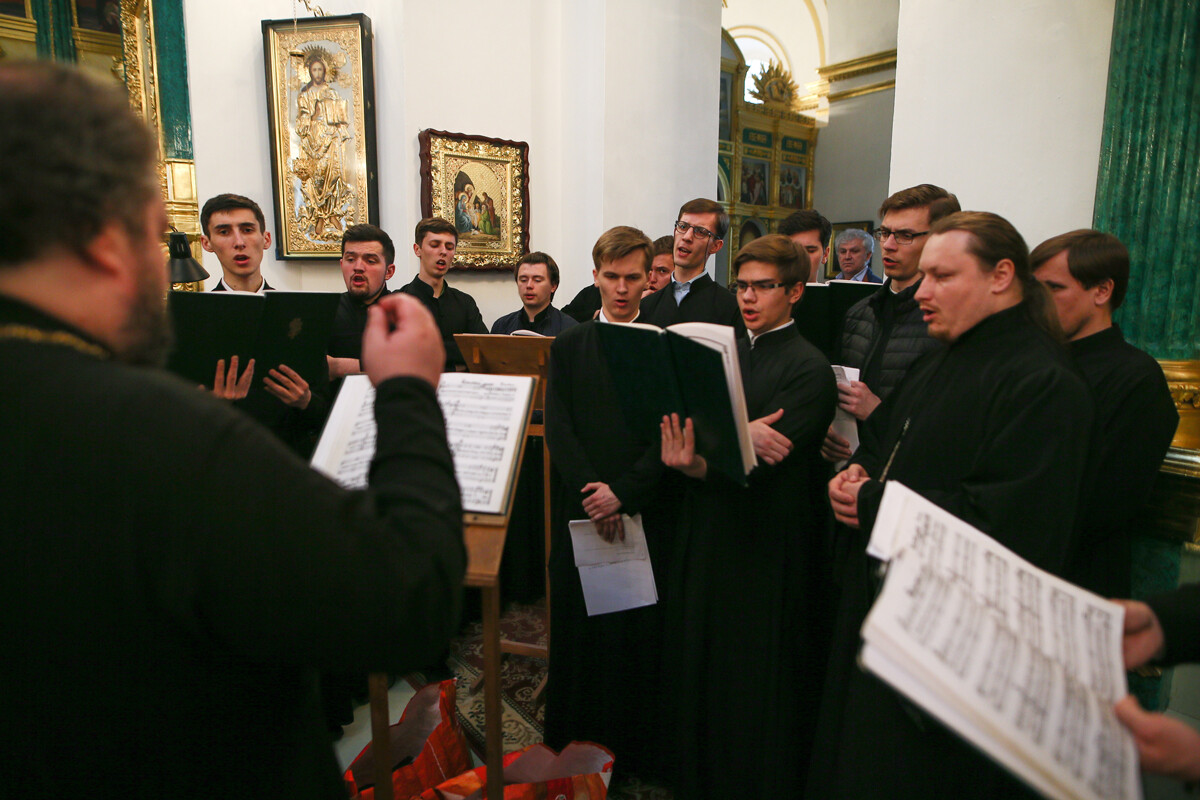 The question of switching the liturgical texts to modern Russian has been raised many times in church circles. The initiators of this proposal argue that abandoning the incomprehensible language would make the Russian Orthodox Church more attractive to the younger generation and make it more popular. An argument was put forward about the experience of the Catholic Church, which abandoned Latin in the twentieth century and switched to national languages in its services.

“The discussion of the language of worship in Russia has a long history. A variety of opinions were expressed at the beginning of the twentieth century. The topic was also looked at by the Local Council of 1917-1918, but the revolution halted the discussion,” says archpriest Nikolai Balashov, deputy chairman of the Department for External Church Relations of the Moscow Patriarchate and member of the Inter-Siberian Presence of the Russian Orthodox Church. In 2011, a sociological survey showed that the Russian society split roughly in half over the need to translate services into modern Russian. 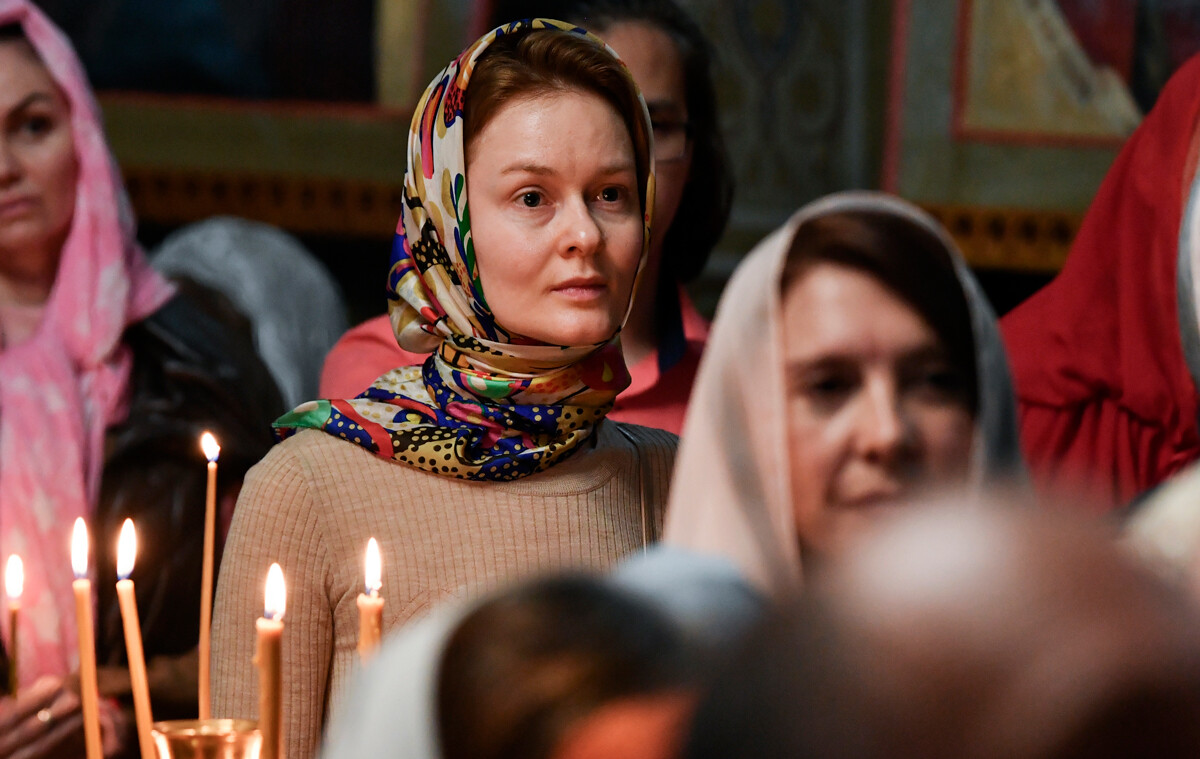 However, church representatives say that the question of abandoning this sustained, millennial tradition of service in Church Slavonic is not on the ROC’s agenda. The ROC believes that giving up Church Slavonic has more disadvantages than advantages. Bishop Savva (Tutunov) of Zelenograd stated: “Our people have gotten used to a certain liturgy in a certain language. Translation of church services into modern Russian will serve more as an anti-missionary element, which most likely will alienate many.”

Throughout its thousand-year history, the language of service has acquired a sacred meaning in itself, where the sound image of Church Slavonic encapsulates much more than its direct translation into modern Russian. 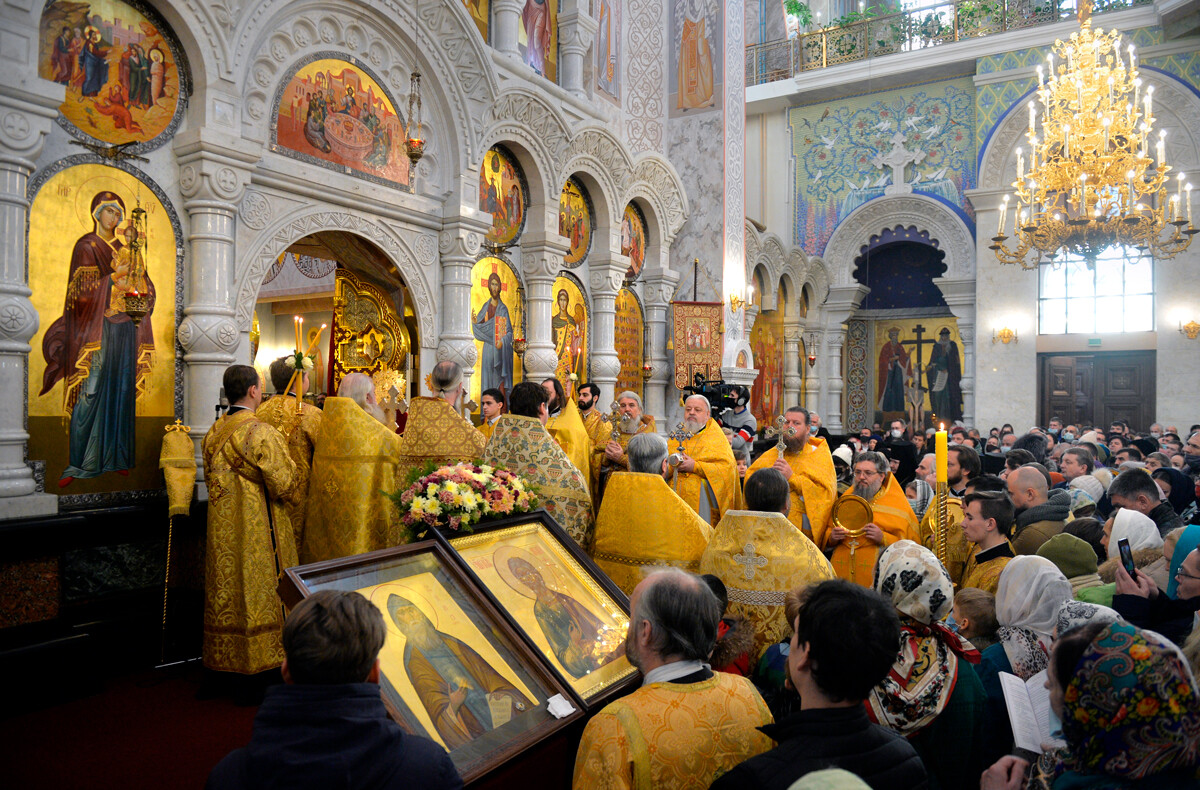