Why do Russians call Moscow the Third Rome? 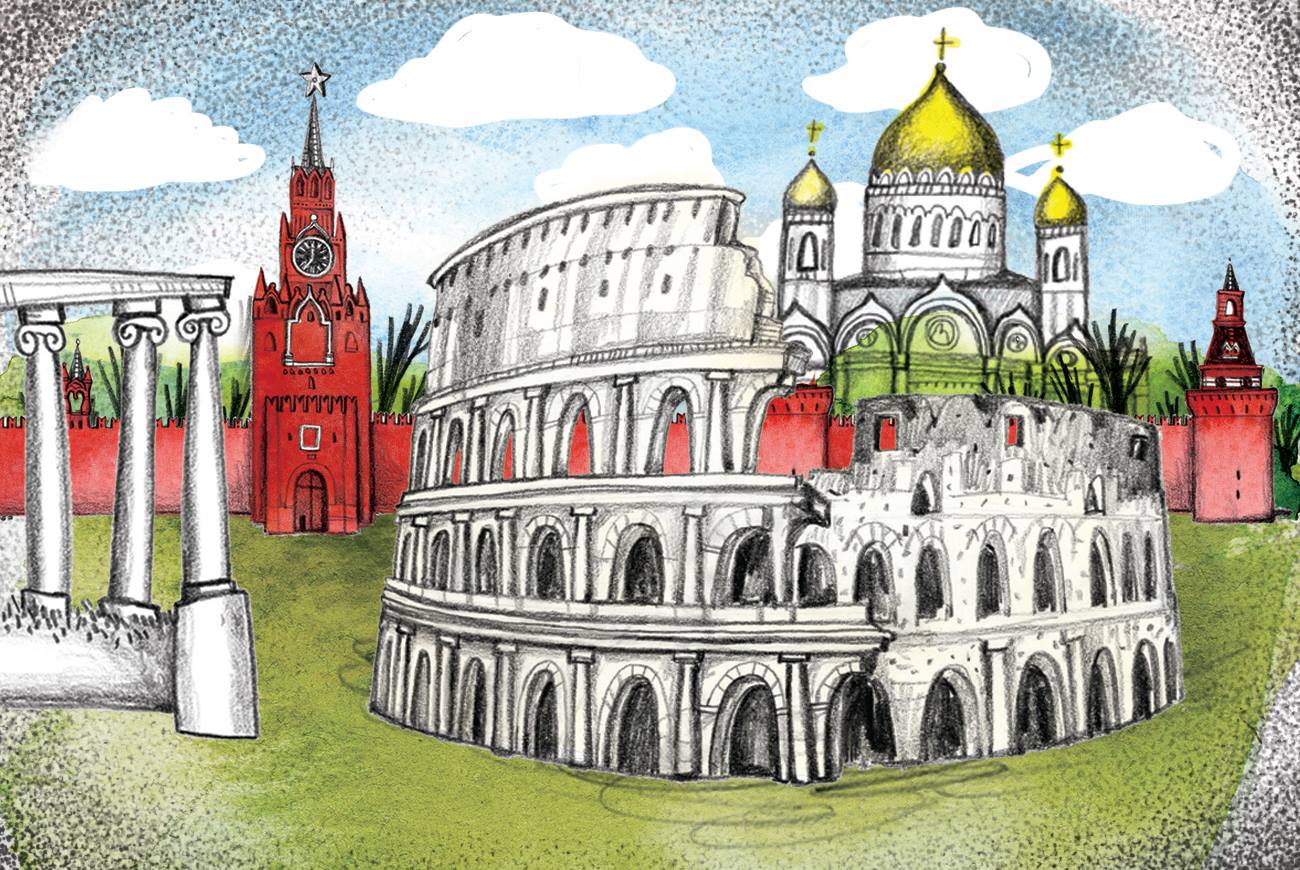 Why is Moscow compared to Ancient Rome?

Varvara Grankova
"Is caviar...?"; "Why did Putin...?" We've compiled a list of the most popular Internet search terms about Russia. In our series of articles, "Why does Russia...?," we give detailed answers to each question. Today we examine why the Russian capital is compared to Ancient Rome.

For Russian speakers, Moscow has many nicknames. The city is sometimes referred to as the "first throned" indicating it became the first capital of the young Russian state, or "golden-domed" in light of the gilded cupolas of Moscow’s churches. But one of the most familiar names, dating back to the Middle Ages, is the “Third Rome.” But where did it come from?

Successor to Rome and Constantinople

It was the Orthodox monk Philotheus (Filofei) who called Moscow the Third Rome for the first time. In 1523-1524 he wrote letters to the Grand Duke of Moscow urging him to fight against heresies. The Duchy of Moscow, in the monk's view, remained the last bastion of the true faith.

"All the Christian kingdoms have come to an end and have converged in the single kingdom of our sovereign," Philotheus wrote in one of the epistles. "Two Romes fell, a third stands, and there will not be a fourth one."

The First Rome, according to Philotheus, is the real Rome – the capital of the Roman Empire – which brought together dozens of societies under its rule. In the 4th century AD Christianity gradually became the dominant religion in the previously pagan empire and Rome became the Christian capital of the world. It was succeeded by Constantinople, the main city of the Byzantine Empire, where, after the Christian Church split into Roman Catholic and Eastern Orthodox (1054), Orthodox Christianity took root. According to Orthodox Christians, the Catholic Rome fell, descending into heresy, and Constantinople became the Second Rome, the capital of the truly Christian world.

"After the Baptism of Rus in the 10th century, Russians recognized the authority of the Byzantine Emperor as protector of all Christians," says historian Svetlana Lurye. But several centuries later the Second Rome also fell. In 1453, the Ottoman Empire conquered Constantinople, weakened by political crises, and renamed it Istanbul. Moscow, which in the 15th to 16th centuries gathered around itself the fragmented Russian lands, became the main Orthodox Christian capital.

According to American historian Marshall Poe, the author of Moscow, the Third Rome: The Origins and Transformations of a "Pivotal Moment", in the West the idea of a Third Rome is often used to explain Soviet and later Russian foreign policy. Allegedly at its foundation lies the expansionist notions of creating an empire similar to the Roman one. Poe himself believes it is the wrong approach: "It [the idea of a Third Rome] says nothing about long-term trends in Russian foreign policy or Russian national psychology." 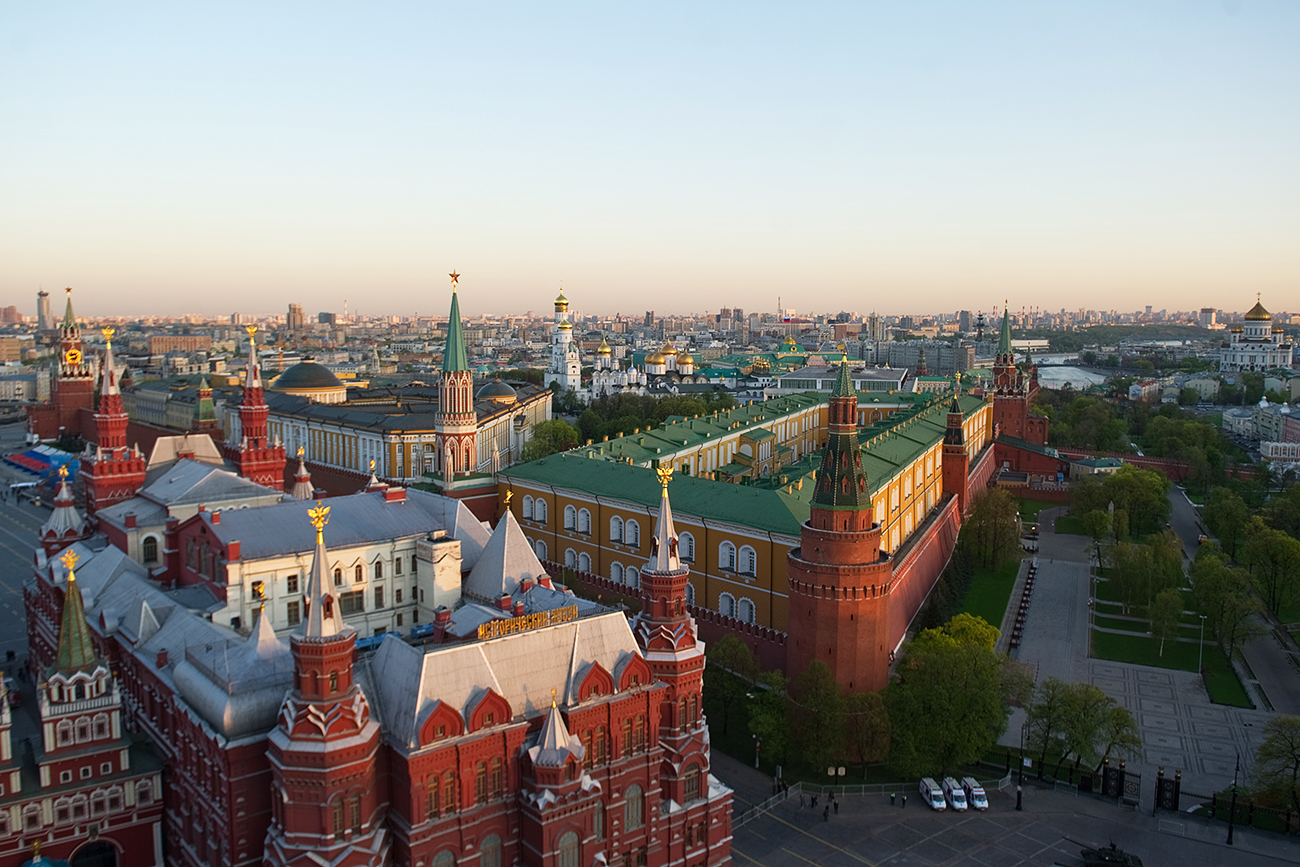 Is it possible to break into the Moscow Kremlin?

The historian goes on to explain that the meaning of the concept is exaggerated. In fact, after Philotheus the monk expressed the idea of a Third Rome at the end of the 16th century, it was safely forgotten for the next three centuries. The Russian state expanded but not because of its rulers' dreams of an Orthodox empire but for more practical reasons, such as the struggle for resources and access to the seas, to name but a few.

Philotheus's idea was remembered for the first time only in the second half of the 19th century, under Emperor Alexander II, when Philotheus's epistles were published in large print runs. The concept of Moscow as the Third Rome was adopted by the Russian movement of Pan-Slavists, who dreamed of uniting the Slavic peoples under the auspices of the Russian Empire. But after the 1917 revolutions and the coming to power of the Communists, the Pan-Slavic ideas died out.

A city of seven hills

Apart from having the status of an imperial capital going back to the Middle Ages, Moscow has little in common with Rome – it has completely different architecture and a much harsher climate. One of the few common features usually mentioned is that Moscow, like Rome, allegedly stands on seven hills.

However, historian and expert on Moscow Alexander Frolov says that the expression "city on seven hills" doesn’t ring true. He explains that, in listing the "hills", chronicles count gentle elevations which are difficult to regard as hills. The only real hill is Borovitsky on which the Moscow Kremlin still stands. Frolov says it simply wishful thinking and a beautiful legend, calling it the “fruit of the imagination of Romantics – they were overcome by their desire to call Moscow the Third Rome."

This article is part of the "Why Russia…?" series in which RBTH answers popular questions about Russia.

Read more: Why is the Russian language so difficult?