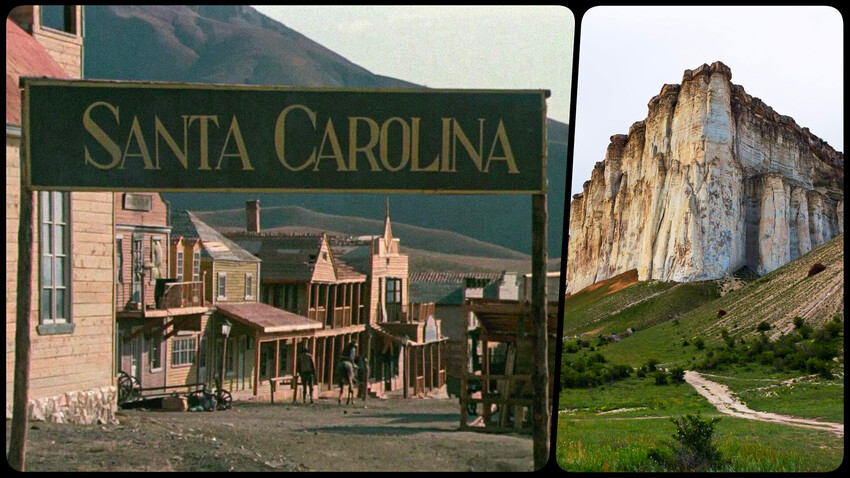 Alla Surikova/Mosfilm, 1987; Legion Media
It was not easy for Soviet filmmakers to get permission for trips abroad, so suitable locations had to either be built in pavilions or found within the USSR. These cities became the main substitutes for foreign ones. 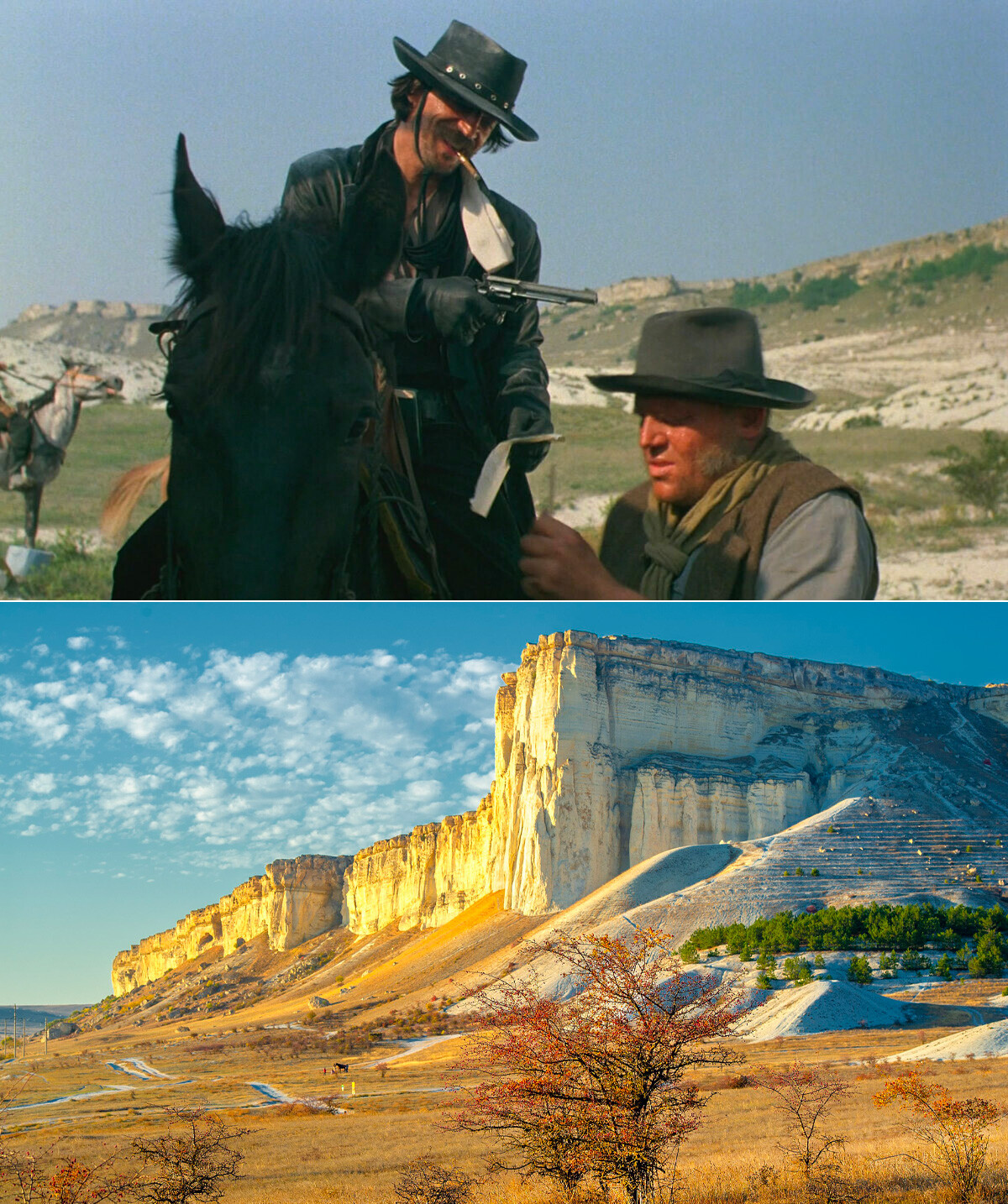 The remote town of Santa Carolina in the Wild West “appeared” in Crimea during the filming of ‘A Man from the Boulevard des Capucines’ (1987). A trip to the U.S. was out of the question, so a suitable location had to be found within Soviet borders. Crimea was the perfect place: the local nature resembled the prairies of the American Wild West and the variety of landscapes made it possible to shoot the material as if it had been filmed in different places.

The main location was at the outskirts of White Rock and on the coast of Quiet Bay near Koktebel. The Indians’ chase, the gang’s attack on Master Festa’s stagecoach and the main characters’ strolls were all filmed there.

The group’s efforts got rewarded. At the Golden Duke ‘87 film festival, the movie received a special jury prize: “For the authentic depiction of the Wild West in the wild conditions of Soviet film production.” 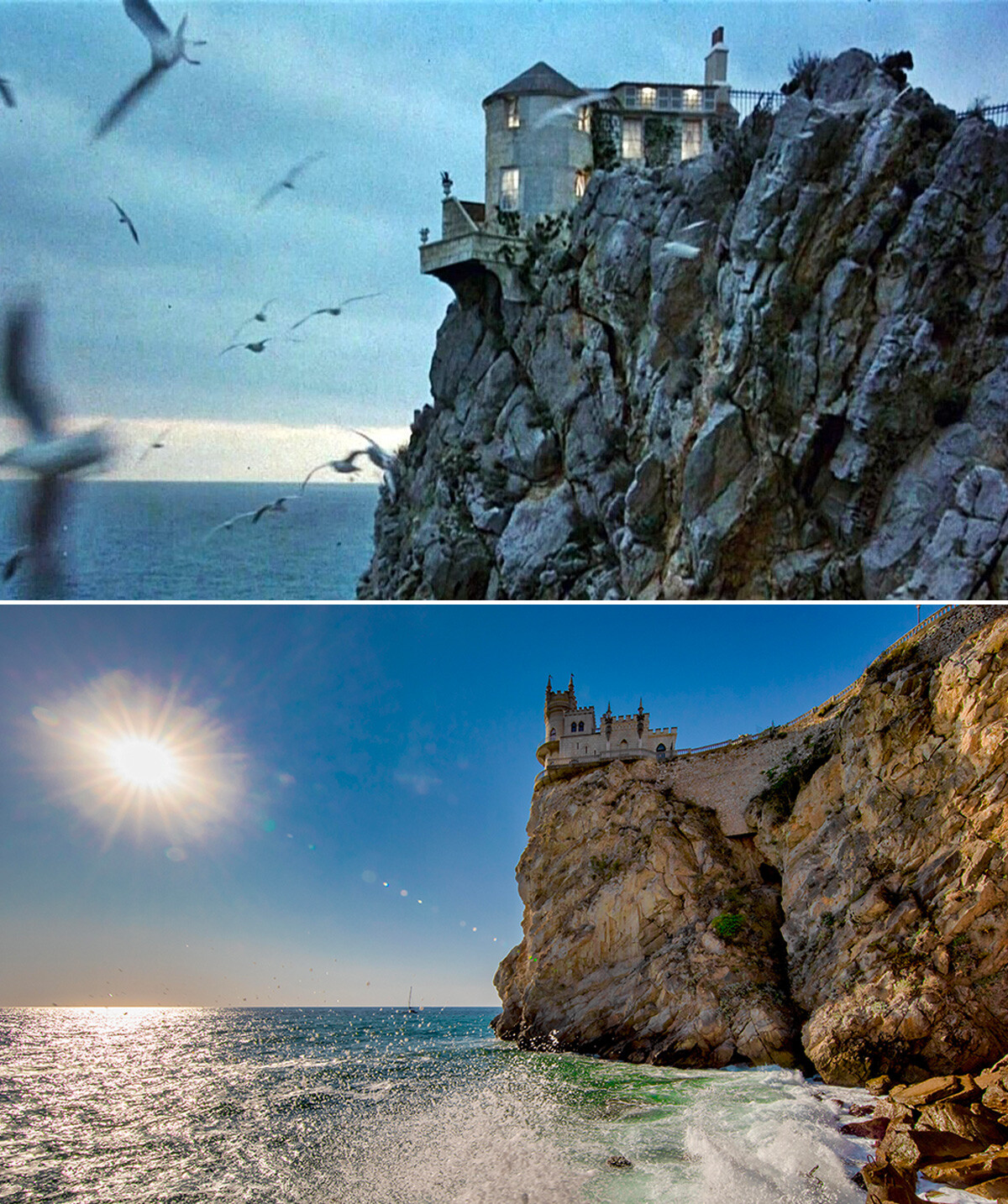 In search of a suitable castle for the movie ‘Ten Little Niggers’ (1987), an adaptation of Agatha Christie’s novel, the film crew travelled all over the west coast of the USSR, but found nothing. A fitting location was finally noticed, again, in Crimea. Moreover, Mr. Owen’s castle (where the movie plot unfolded) was built specifically for the movie near the famous Swallow’s Nest with the help of mountain climbers. It stood on a desolate cliff, surrounded by the sea.

Other scenes were filmed in the Swallow’s Nest itself, a pseudo-Gothic castle of the early 20th century. But, since the Soviet viewers were familiar with this place, it was carefully disguised and not filmed in master shots. 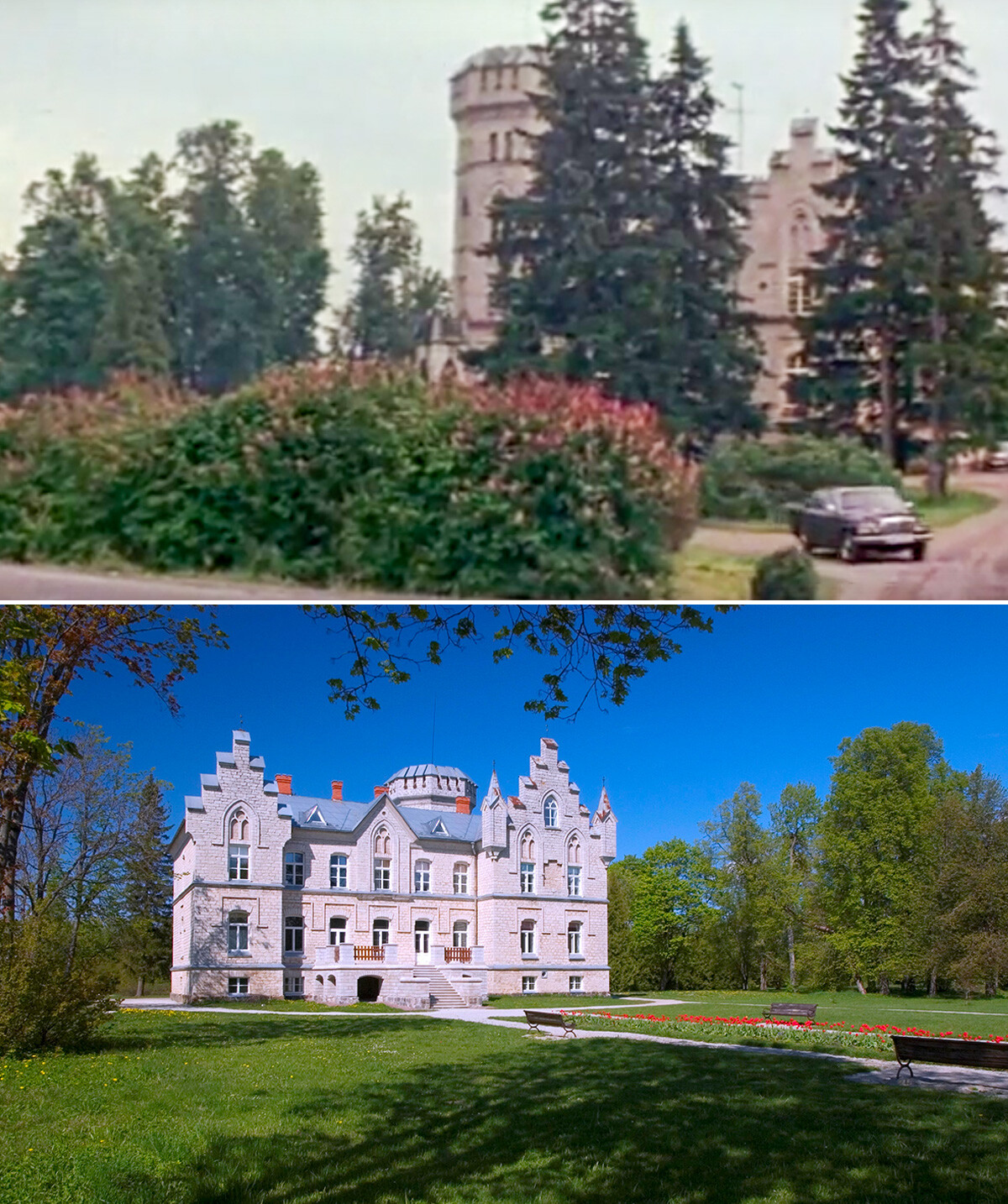 The process of filming another Agatha Christie detective, ‘The Secret of the Blackbirds’ (1983), was quite inventive. Only three people from the film crew were permitted to go to London - the cameraman, the director and his assistant. So, they made wide shots of the city, which marked the place of action, while all scenes with actors were filmed near Tallinn in Estonia.

The chosen location was Vasalemma Manor. It was built in the early 18th century, referencing an English knight’s castle, which made it perfectly fit Christie’s plot. 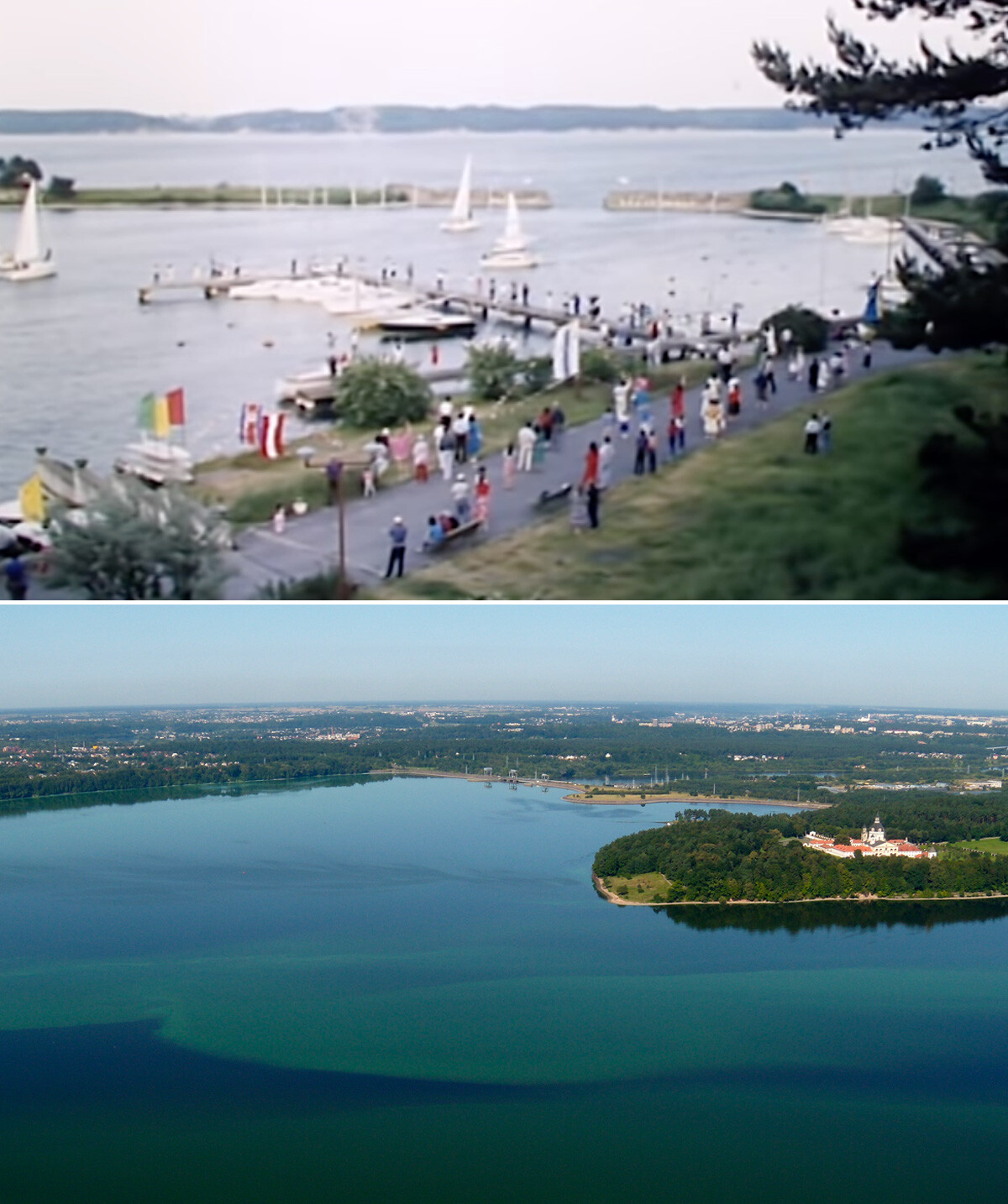 Another “substitute” for England was Lithuania. The southern resort town of St. Louis, where the events with the famous detective Hercule Poirot in Agatha Christie’s novel ‘Endhouse Mystery’ unfolded, was filmed in Kaunas, Lithuania’s second-largest city. The scenes on the coast of Cornwall were filmed at the Kaunas Reservoir.

The viewers highly appreciated the stylization made by director Vadim Derbenyev. Some interior details as well as costumes were indeed precisely recreated. 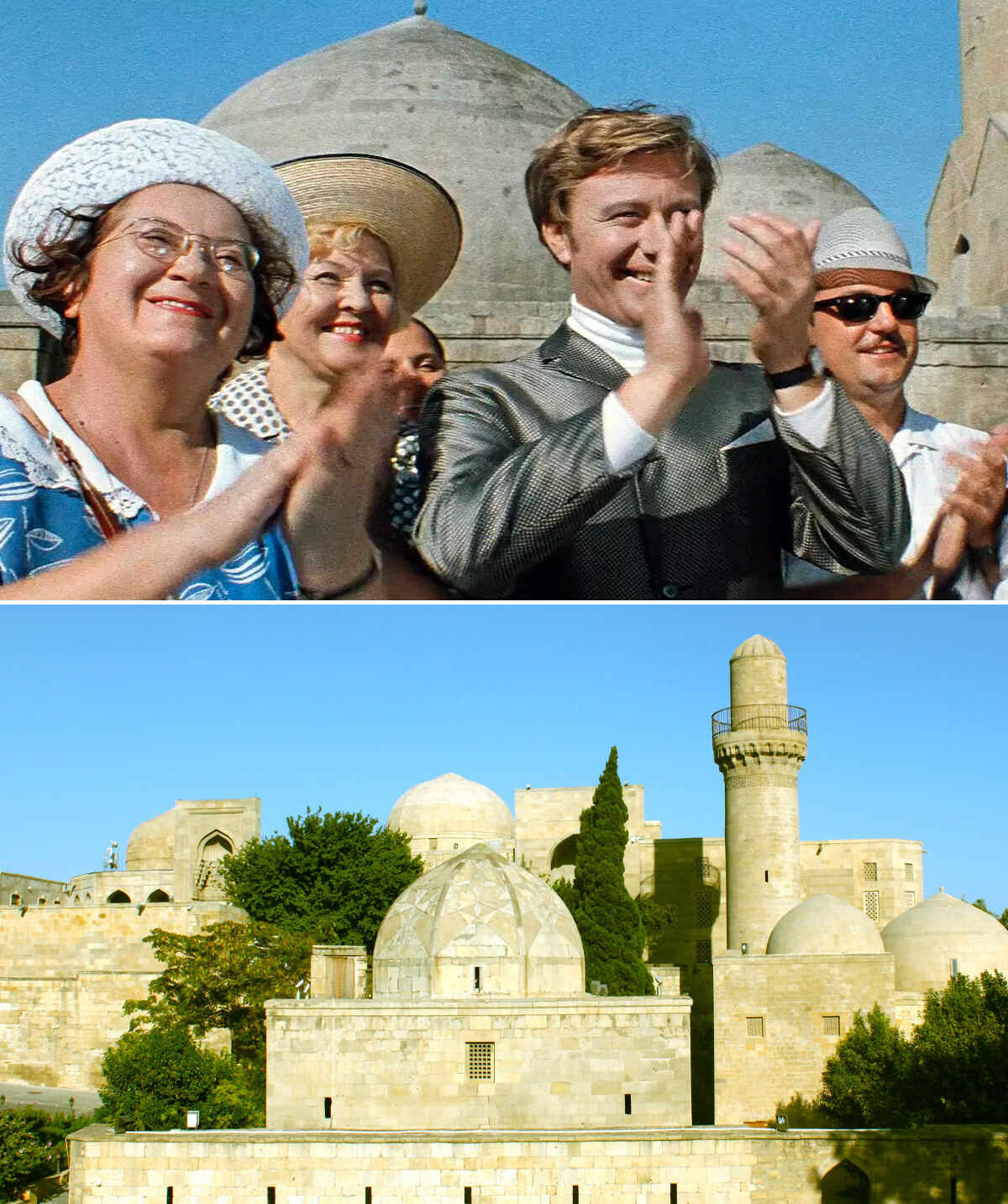 In the Soviet film ‘The Diamond Arm’ (1969), Istanbul was substituted with Baku, because the film crew was not allowed into Turkey. The main location in the Republic of Azerbaijan was the old quarter of Icheri-Sheher and its attractions: the Shirvanshahs’ Palace, the Juma Mosque and the Maiden’s Tower. The crew hung signs in different languages for decoration, including Farsi, which has nothing to do with Istanbul. Nevertheless, it gave the impression that the movie really took place abroad. 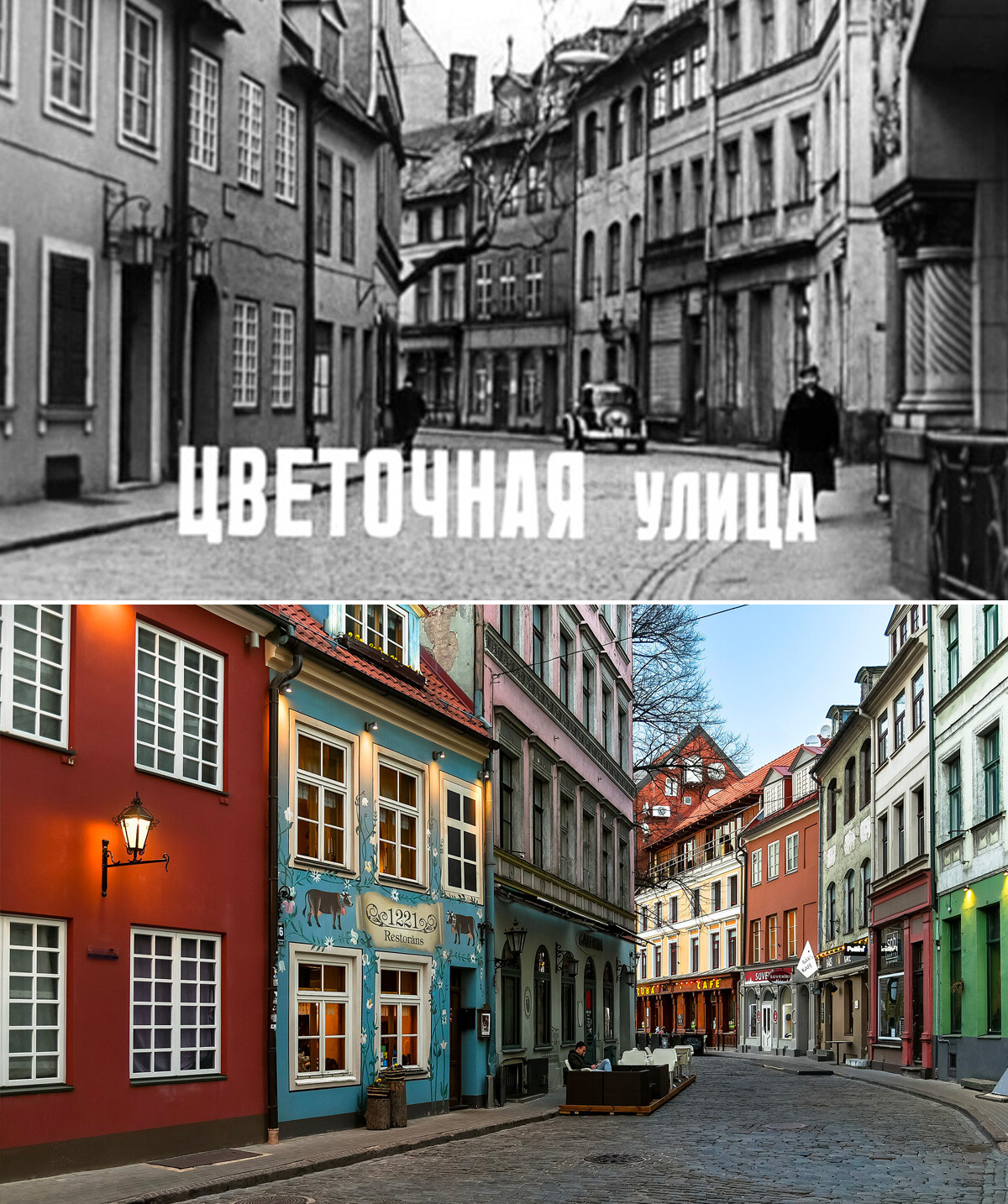 The espionage thriller ‘Seventeen Moments of Spring’ (1971-1973), about a Soviet spy who infiltrated into the higher echelons of power in Nazi Germany, was partly filmed in the GDR. But all Berlin scenes were filmed in Riga, a common location for Soviet filmmakers. Namely, at Jauniela Street, which, according to the script, was Blumenstrasse.

By the way, it was the same street that became London’s Baker Street in the Soviet Sherlock Holmes series. 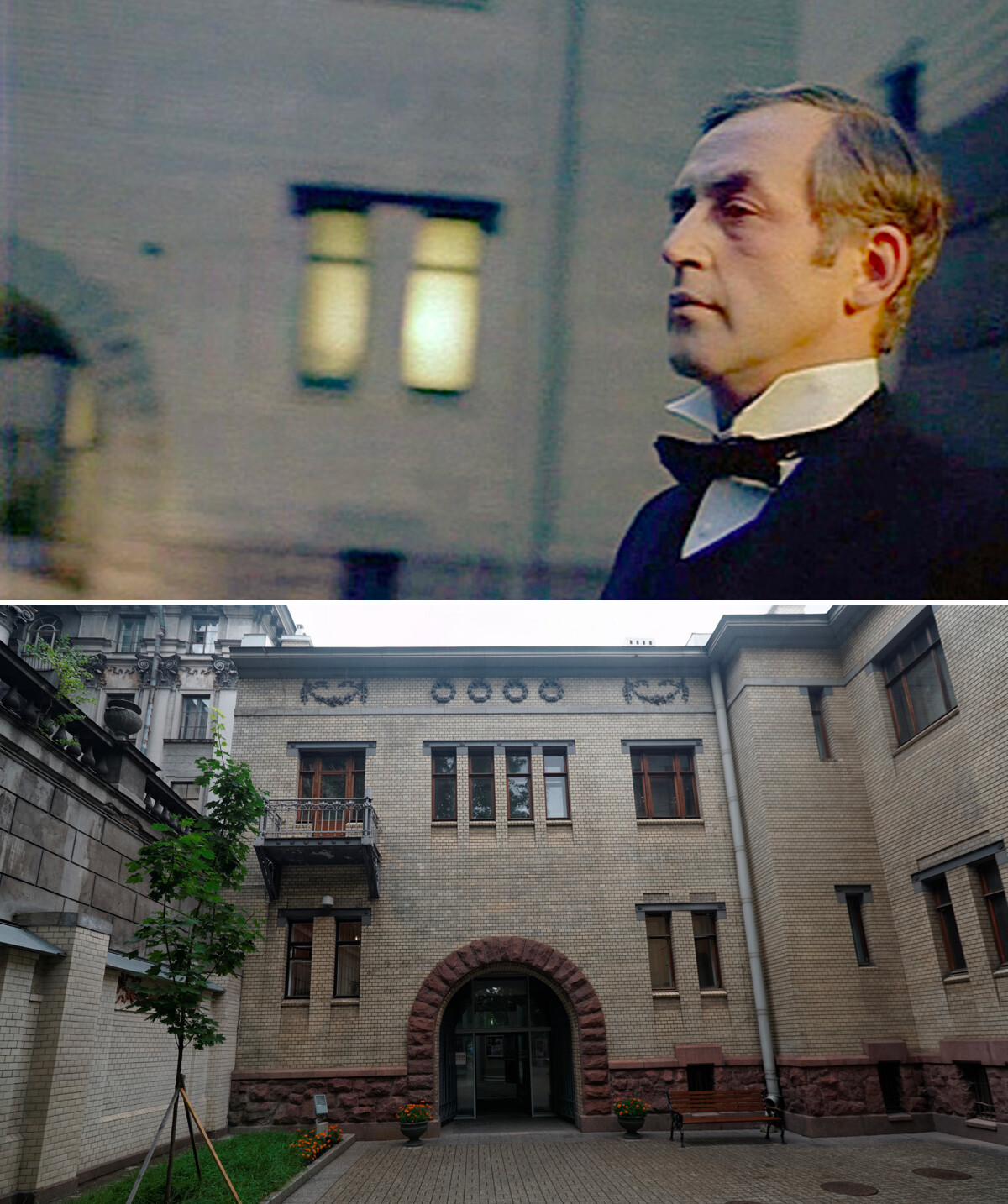 Leningrad (present-day St. Petersburg) is called Russia’s most European city for its architectural appearance. Filmmakers used it as a set for London, where Sherlock Holmes lived.

For example, the ‘Bagatelle’ card club, where Watson witnessed the quarrel between Sir Ronald Adair and Colonel Moran, was filmed in the mansion of Matilda Kshesinskaya, a prima ballerina at the Mariinsky Theater and the secret mistress of Emperor Nicholas II.